Film Review: THE PENGUINS OF MADAGASCAR 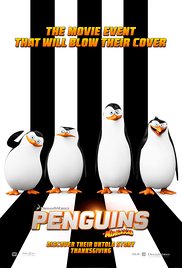 I don’t know whether to call this a TV spin-off or a bigger franchise’s “side project”. Whatever it is, The Penguins of Madagascar is something fresh to me. I went in, kids in tow, knowing nothing.

I haven’t laughed this hard at a movie all year. No joke.

My understanding is that before the Minions of Despicable Me stole the show from Steve Carrell’s Gru (to the point of earning their own upcoming spin-off), there were these four adventuring talking penguins taking the spotlight away from the A-list animated antics of Ben Stiller and Chris Rock. Perhaps only the singing mice of Babe in 1995, occupying the margins with their transitional tunes, are the forerunners of them all.

In criticizing the rash of studio generated 3-D animated feature films, time and again I’ve been driven to call them out on charges of bullying hyperactivity, over-stuffed celeb-ridden casts, and loud, unrelenting obnoxiousness. Quite often, these three cheap tactics prove related. The movies are effective primarily as forgettable sugar rushes for children, and exhausting stopgaps for parents. (Free Birds, Rio 2, and The Nut Job – I’m talking about you! ) When we’re fortunate, certain efforts slide by into the plus column. (Rio, Turbo, The Croods) 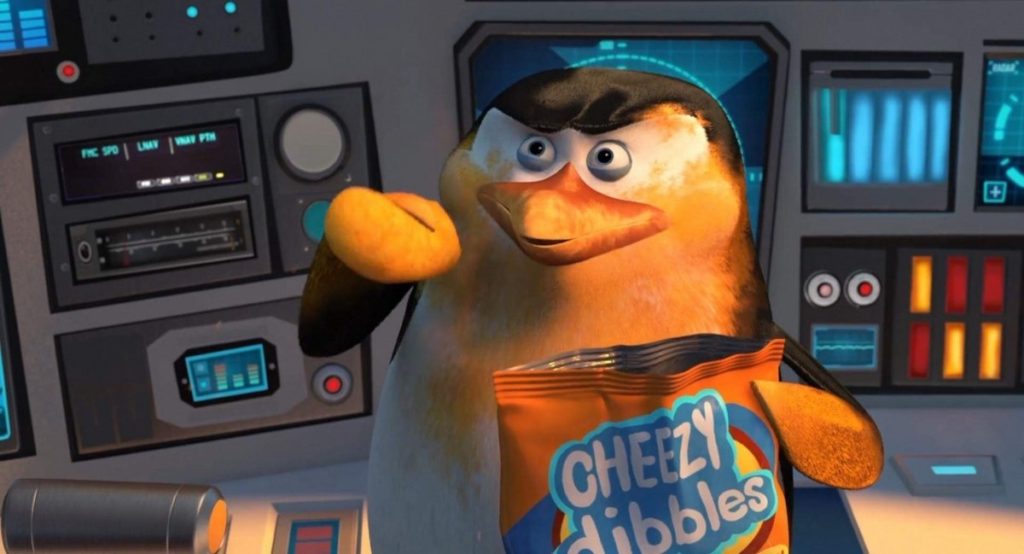 Hence, the prevailing observation that if it ain’t Disney or Pixar, it’s likely an avoidable piece of work. DreamWorks’ talking animal train Madagascar (three films and counting) fit this perceived bill. So without thinking about it too much, I’ve steered clear. And I almost steered clear of the new spinoff, The Penguins of Madagascar. I’m so grateful I did not. While a frenzied, manic, and loud film, The Penguins of Madagascar earns it all. More-so, say, than even the similarly crazed Looney Tunes: Back In Action.

I haven’t laughed this hard at a movie all year. No joke.

The Penguins of Madagascar (featuring the supporting vocal stylings of Benedict Cumberbatch, John Malkovich, and a few other surprises), while being a kooky spy caper that is expectedly packed to the gills with international adventure, effectively evokes the madcap spirit of the Marx Brothers, or Laurel and Hardy. As an avid classic film buff, I don’t attribute those inspirations lightly – The Penguins of Madagascar is the very rare exception to the learned rules of big studio animation. Not every single one of the every-ten-seconds gag lands, but when they do, they frequently land hard, generating satisfying, helpless belly laughs simply absent in most movie comedies today, animated or live-action. 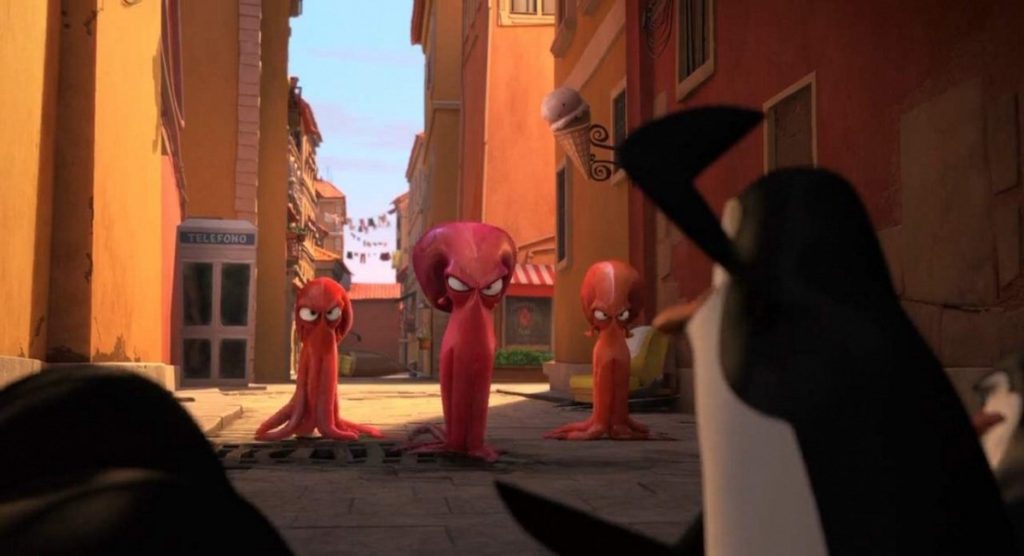 At one point well into the film, the jokes have to slow down to accommodate the plot. This slowdown is a matter of about a minute and a half. Now, filmmakers Eric Darnell (director of all the Madagascar movies) and Simon J. Smith (Bee Movie) certainly are under no delusion that anyone is seeing Penguins for the plot. So, even in this brief stretch, there’s comedy. Nevertheless, the successful rapid-fire pacing that’s worked so well up to this portion had me spoiled, and left to wonder what happened to all the gut-busting gags?

Turns out they were waiting just beyond that minute and a half. But Penguins can also boast some smarts amid its barrage of sight gags, dialogue gags, and clever gag writing. (None of which I’ll spoil here. You’re welcome.) It takes sharp aim at action movie tropes both newer (Die Hard, The Matrix) and not so new. (James Bond, the wide swath of 1960s James Bond knock-offs, etc.) Immediately, it fesses up to taking part in the semi-recent wave of penguin exploitation, framing the film up as yet another icy nature documentary before giving our four feathered protagonists a literal swift kick to the back end. 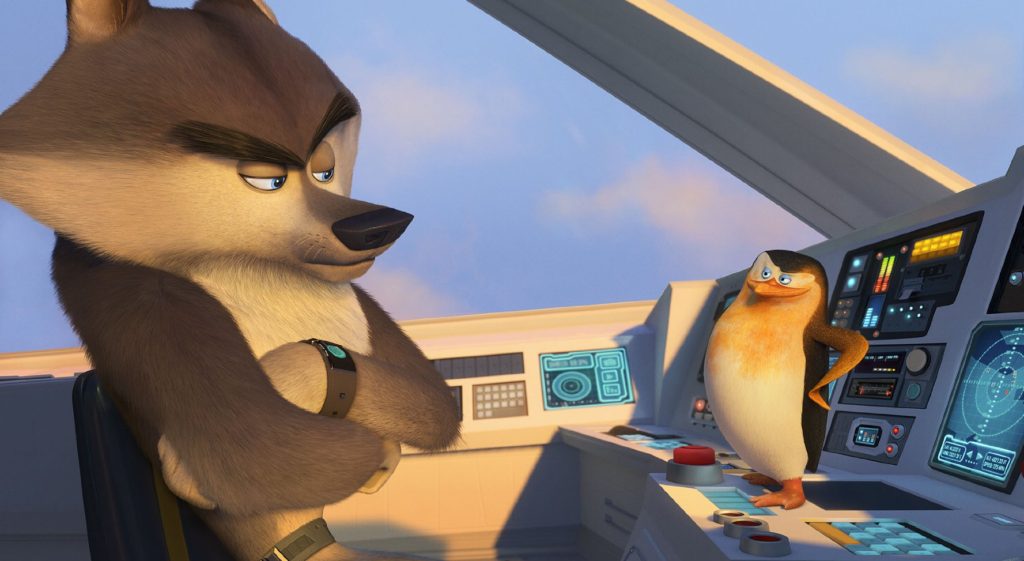 Throughout the film, the penguins fall from planes, get knocked around, whizzed through the air, blown up, over-stuffed, altered, and more. This is one animated movie that is proud to be a cartoon, taking full advantage of that medium for the entire running time. Things squash, they stretch, they blast, they bounce. Nevermind physics, here’s The Penguins of Madagascar!

It may not have the pathos or level of craftsmanship seen in Big Hero 6 or even The Lego Movie, but for my money, Penguins has proven to be this year’s animation underdog. It rules the roost in a way that I confess I never saw coming. But even a prior knowledge of what I was in for wouldn’t have detracted from the experience, where I (and other parents) were laughing harder than our kids. (Who were also laughing!)