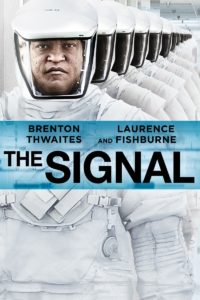 Sometimes you leave the theater thinking this in a good way.  When The Matrix came out, no one knew what to expect.  And at the end, you asked this question, not because you didn’t understand the story but because it created a sense of awe of something you haven’t seen before.  The Matrix was part video-game, part sci-fi, part action (with the new 360 degree “Bullet time” photography technology), part philosophy, part religion, part martial arts, etc.  It was cool.  And while the sequels did not live up to the promise of the original, it in no way diminishes the experience of seeing The Matrix for the first time.

Other times, you walk out of the theater and you ask “what happened” because when the film ended, it left you in disbelief.  Questions flowing through your head like, “Is that how it really ended?”, “what was the point?”, or sometimes all that flows through your brain is just a series of three letter abbreviations of words and expletives that you might utter in a text conversation, with a question mark at the end.

The Signal has the distinct pleasure of being a film that is more in the latter category and less in the former. William Eubanks, a former cinematographer (Love, House of the Rising Sun) directs and co-writes this film that is filled with strong cinematography throughout.  Filmed on a $4 million dollar budget, the film, and its effects are first rate for the tiny budget backing the film.

The Signal starts off following three M.I.T. students who are going cross country on a road trip. Nic (Brenton Thwaites) is taking his girlfriend Haley (Olivia Cooke) to California where she’ll be for a year while taking advantage of a great opportunity.  Tagging along is their mutual best friend Jonah (Beau Knapp).  This portion of the film is very loose and in the vein of any teen independent film where the leads are seeking to find themselves.  While in a hotel one night, they are contacted by a hacker named “Nomad” who did a series of illegal hacks on the mainframes at M.I.T. that nearly got Nic and Jonah in trouble.  When they trace the location of Norad to a place in Nevada just a couple hundred miles from where they are, they decide to go and find him and deal out any justice they feel he deserves for what he put them through.

It is at this point that the film becomes a possible horror film when they arrive at the location of Norad which is an abandoned shack, complete with a creepy basement.  The teen protagonists get out their trusty video camera and begin to explore the house giving the illusion that this might become a “found footage” type of film.

When the group of friends have a major encounter at the shack, they wake up in a new location in what is now a science-fiction film.  And as I mentioned The Matrix earlier, it is appropriate that Morpheus himself, Laurence Fishburne, emerges as Dr. Damon, to question them about their encounter with Norad at the shack.  Wearing a hazmat suit, Dr. Damon lets us all know how potentially deadly this encounter might have been.

For about 2/3rds of the way through the film, director William Eubank is able to keep the suspense intact which allows the scenes to move at a pretty strong pace.  The ever shifting tones of the film from road film to horror film to sci-fi works all the way until they start to reveal what is truly going on.  It is at this point that the film comes off the rails and when the final twist to it all is unveiled, you are more than likely to laugh rather than be amazed.

Too many of the mysterious scenes that help build the tension never are given a fully satisfying answer as to why they exist in the first place and a lot of the good will built up during the first 2/3rds of the film is ultimately squandered by the time the credits roll. There are good ideas scattered throughout the film.  The problem is that many of them are not fully developed or lack any cohesiveness with the rest of the plot.

William Eubank did a lot with a minimal budget and deserves an opportunity to direct with a much larger budget.  His use of his cinematography skills are apparent throughout.  His writing, along with the writing of his partners, Carlyle Eubank and David Frigerio, leave much to be desired.  If he was able to work under a stronger script, there is a lot of potential in his development as a director.  Unfortunately, that is not present in this film despite the efforts of the competent cast he has assembled here.

So for all of you watching this movie, for the first 2/3rds of the film you’ll be hooked.  When the end finally comes, all you’ll be able to say is “what happened”?

The Signal opens in limited release June 13th and rolls out into more cities over the next two weeks.