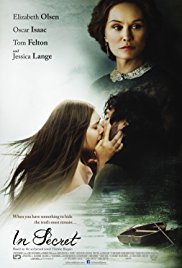 Torrid adultery, chronic illness, arranged marriage, and a terminally damp and darkened century-and-a-half-ago Paris. Yup, here’s a story that does not end well.

Apologies, I seem to have left the “spoiler warning” for that intro back in 1867, when Émile Zola‘s novel which this dark and tragic romance is based upon was released. More recently, playwright Neal Bell gave the world an adaptation of that novel, both of which are titled “Thérèse Raquin”.

Not being familiar with either of those works, I can’t offer a measure as to how the degree of heavy-handedness, narrative flatness, and moral predictability found in director Charlie Stratton’s film is “accurate” or not. What I can say is that I’d be surprised if they were, as I strongly suspect that then no one would opt to adapt them in the first place.

A lot of care clearly went into the aesthetics of In Secret, even if it’s shortcomings ultimately get the best of it. The cinematography offers a classical, painterly quality to the moody interiors, while the wardrobe is unmistakably of high-end “Masterpiece Theater” quality. That aspect, however, gives way to the problem of certain actors inexplicably lapsing into British accents throughout, despite the fact that they’re supposed to be French citizens. This is not an altogether uncommon problem in such films; it’s as though some British dialect default occurs when they’re made to put on corsets or topcoats. Not dissimilar to how so many young American punk singers, for whatever reason, default to a cockney growl whenever they pick up a microphone. While I appreciate the choice to not have the actors speak English through feigned French accents, much of the on-and-off Brit affect is distracting. 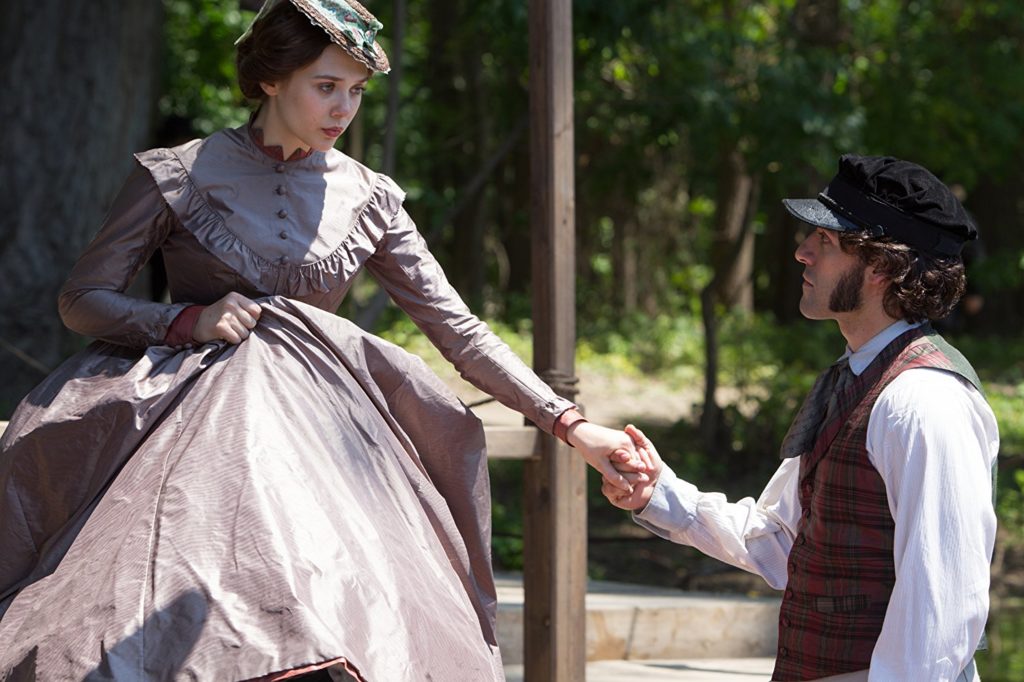 Isaac & Olsen in IN SECRET

The story begins in a French country cottage in the 1860s, as young Thérèse is left to grow up with her aunt, Madame Raquin. And grow up she does, into the still up-and-coming Elizabeth Olsen (Martha Marcy May Marlene). Raquin (Jessica Lange) has a sickly son, Camille (Tom Felton of Harry Potter fame) whom she sickly coddles. When Camille is offered a dull desk job in Paris, he makes the mistake of getting excited about it, and moving the household there – but not before partaking in an arranged marriage to his cousin Thérèse, much to her chagrin.

Thérèse, seeing how she’s played by Elizabeth Olsen, is a shimmeringly sexualyoung woman, repressed anddesperate for that exact type of companionship. And goodness knows that her libido-less husband (whom she’s been sharing a bed with since their shared childhoods) certainly won’t fit the bill. But she soon knows who can: Llewyn Davis himself, Oscar Issac.

Issac plays the handsome & lusty artist Laurent – a transparently self-motivated young man who knows just how to subtly seduce his prey. And, he does. One needn’t watch Laurent too long to draw comparisons to his unlikable hard luck folk singer in the Coen brothers’ Inside Llewyn Davis, and one needn’t watch much longer to see that comparison validated. At one point, he even wanders into a shot wearing what I’m certain is Llewyn’s merchant marine coat. Also, there’s often a cat nearby, and we know how this guy is with cats. Of course no good can come of this affair. The only question is how soon Olsen will turn into a fed-up French Carey Mulligan.

But, as uncrackable as Inside Llewyn Davis is to many, In Secret is that much more of an obvious film. (And perhaps the Zola source material can be pointed to as an originator of what we now consider obvious in stories such as this one. But like the lamentable John Carter a few years ago, that knowledge is to no avail to the here-and-now produced film version.) Not soon after viewers are sympathizing with the young, single and trapped Thérèse they are asked to be complicit in the quiet, deathly scheme to off her husband Camille. The loss of Camille is no great loss to the world of In Secret, and even to its audience, who are made to suffer his clammy and doomed presence every time he shows up. After all, contemporary pop culture abhors a non-sexual germ carrier. Although Camille is a nice guy at times, the passionate cheaters who want to do him in are intended to be the subconscious lesser of the two evils. To varying degrees throughout, poor Camille is in fact made to appear “monstrous”, at times resembling a ghost, a vampire, a zombie, a somnambulist, and even Edgar Allen Poe. Only his mother mourns his loss – and she was rendered despicable by the screenplay long ago. There’s an intensional perverse yet sad justice to her going catatonic. 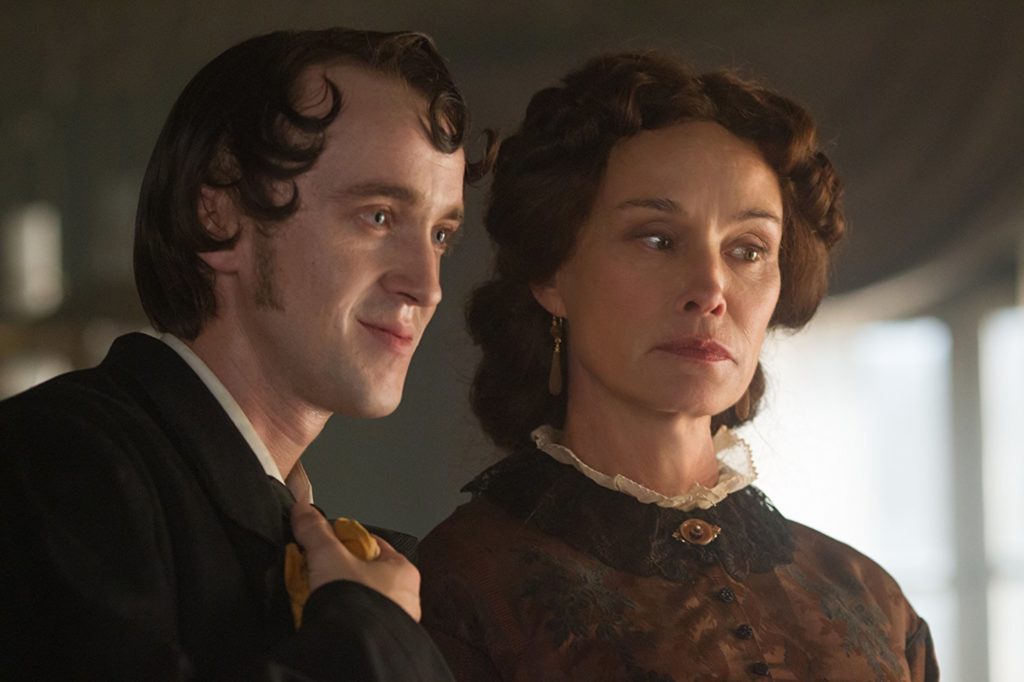 Felton & Lange in IN SECRET

Alas, there are no “good guys” in this story. Only bad ones. And like so many bad characters, no hero is necessary to ensure that they meet their ultimate failures before the final credits roll. As such, In Secret seems to deliberatelybe some sort of corseted Film Noir, with the dumb lug and the femme fatale roles jumping back and forth, from gender to gender until the end. And no matter how much clandestine sex is had on screen (all of it thoroughly clothed), it’s never not unsexy. In fact, if Stratton was aiming for “anti-sexy”, mission accomplished. Unfortunately, for all the nice painterly surface detail, this is one loveless affair that is flatlined from the start.