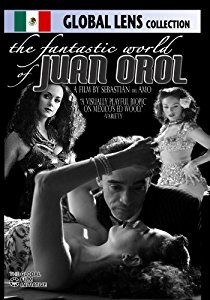 Although it’s been called a “pitch perfect tribute” to the titular real life Mexican B-movie maker, the fevered and free wheeling biopic The Fantastic World of Juan Orol leaves one with little desire to track down the real Orol’s life’s work, or to know more about him.  Orol himself is depicted as a consistently flabbergasted and put upon purveyor of creatively bankrupt bargain basement Mexican gangster pictures that showcase an array of curvy showgirls.  According to the film, the director would marry and divorce many of these girls (each one more generically hoochie-cooey than the previous) in rapid succession.  The world he occupies is precarious, movie-lit, and all too knowing of his bereft skill-set.

Pitched as a kind of “Mexican Ed Wood” (Tim Burton’s beloved 1994 biopic of notorious shlock-meister Edward D. Wood Jr., which, like most of Juan Orol, is also in black and white), this decades-spanning biopic is positively out of its mind stylistically, as first time writer/director Sebastian del Amo throws everything and the kitchen sink into the period-detailing visual mix, enhancing the film’s time span, the 1920s to the early 1980s.  But what he forgets, that Tim Burton’s Ed Wood offered in spades, is empathy for the hilariously inept filmmaker. 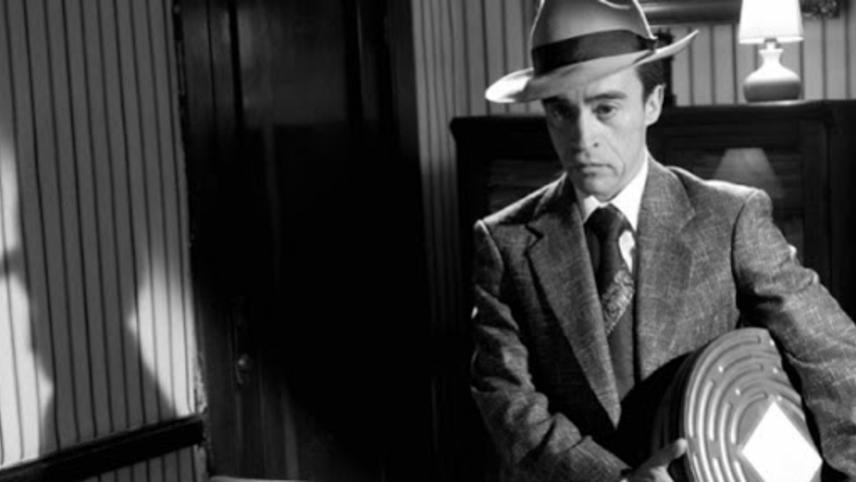 Throughout the film, Orol’s onscreen alter ego, the ever-suave and dapper gangster persona known as Johnnie Carmenta, shows up to guide and advise his flummoxed real life counterpart.  This is a large part of the film’s narrative steering, detailing fabricated motivations for Orol’s many strange decisions and bad moves, and one of Amo’s better risks.  This re-occuring creative blending of reality and fantasy, as well as the film’s loose use of black & white, period-accurate heightened color, overcooked classic film music, oddball transitions, deliberately artificial sets (both in and out of the films within the film) and whatever the heck else, actually more readily evokes Japanese filmmakers Rintaro Mayuzumi & Kazuyoshi Okuyama’s stunning internal/external mental mash-up, Rampo (AKA The Mystery of Rampo, also from 1994) than Ed Wood. In that film, tortured real life author Edogawa Rampo is haunted by his inescapable literary alter ego, giving way to all manner of outside-the-box filmmaking that proves unforgettable.  In, by contrast, Juan Orol, the alter ego just keeps showing up; an annoyance to Orol (played by prolific Mexican actor Roberto Sosa) but the closest thing to a narrative grounding for viewers.  Despite this, as stated before, it’s among the most succesful of Amo’s filmmaking tricks.

But, whatever positives the film touts in terms of visual and technical bravado is never justified via the recreations and presentations of Orol’s own repetitive cinematic work.  Although the film is clearly intended as a love letter to Orol and his unintentionally surreal filmography, it ends up playing more like an accomplished technical reel for Aso, devoid of compelling personality, and worse, displaying a cartoonish mean streak.  (The unexpected death of a loved one is uncomfortably put forth as a melodramatic joke and nothing more.)  It’s all a very alluring elixir for detached hipsters and pseudo intellectual ironists, most certainly, but for those looking to truly relate to and understand this true-life figure; this World is not nearly as fantastic as it claims to be.