An Affecting New York Rom-Com with an Atypical Cast 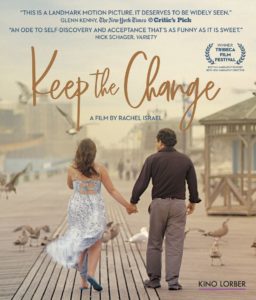 Writer-director Rachel Israel has done something really wonderful in creating Keep the Change.  For starters, she’s crafted a smart, spiky, emotionally engaging urban romantic comedy.  That might be enough, given how often rom-coms have been eulogized in the last several years.  But Israel has done more, something that makes watching Keep the Change a much richer experience:  she’s set her story inside a community of autistic adults, and cast actors with autism in the lead (and many supporting) roles.  The result is a film that is a funny and warm and real, but never patronizing or sentimental.

David (Brandon Polansky) is a New Yorker with the habit of making the wrong joke at the wrong time, and after making a pig joke to a police officer he winds up sentenced to a social group for adults with autism.  David is from a wealthy family and cultivates a suave image with his all black attire and ever present sunglasses.  He feels far superior to the other members of the group and makes abundantly clear – even to those who have difficulty with social cues – how much he doesn’t want to be there.  Sarah (Samantha Elisofon), on the other hand, is ebullient, radiant, thrilled by every opportunity to participate in the group.  When David and Sarah are assigned to do a project together (visiting the Brooklyn Bridge and reporting back to the class),  there’s constant friction until Sarah confides to David that she finds him “really smoking hot and so sexy.”  That’s enough reason for David to take another look at Sarah.  David’s forays into online dating have not ended well, and a scene in which he tries out two celebrity rape jokes on a first date is the most cringe-inducing scene in this movie about people who do not easily fit in. 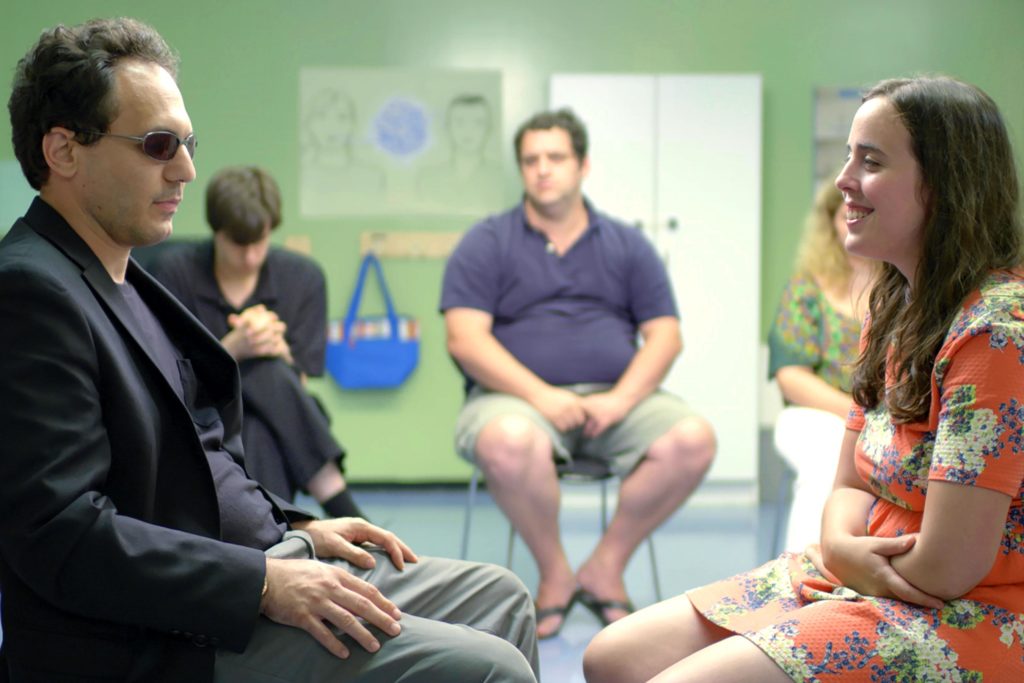 The rest of Keep the Change follows fairly standard rom-com plot contours, but Israel also fills out the community that Sarah (and increasingly, David) find with other autistic adults; especially the witheringly sarcastic Will (Will Deaver) and the theatrical, obsessive Sammy (Nicky Gottlieb, the star of a 2006 documentary, Today’s Man).  Every character with autism in Keep the Change is played by an actor with autism, a choice that not only lends realism, but range.  We see, first hand, that our stereotypes of autism are far too narrow, with David and Sarah’s opposites-attract romance being only one manifestation of this truth.  Initially David sees himself as much more worldly and competent than Sarah, who readily admits that she has a learning disability as well as autism.  But Sarah has something that David sorely lacks:  self-acceptance.  She is completely at ease with herself, her body, her sexuality – while David tries desperately to blend in and impress his wealthy family and their friends.

Jessica Walters plays David’s mother, Carrie – only marginally more human and likable than Lucille Bluth, the monster-mother she plays on Arrested Development.  But her concern for what will happen to David when she and her husband are gone is a real one shared by countless parents of special needs children.  For all of his bluster, David finds the world more challenging to navigate than he wants to admit, leading to a poignant and heartbreaking final scene in Keep the Change.

Brandon Polansky is excellent as David.  David is almost able to pass in “normal” society, given away by his jokes and his vocal tics.  He is abrasive and sometimes cruel, but this seems less a function of his autism than of his desperate attempts to deny it.  As good as Polansky is in the film’s central role, however, Samantha Elisofon steals every scene she’s in.  Sarah is beautifully expressive; full of energy, confidence, and joy.  She nearly always wear a huge, brilliant smile; but when it’s gone – when she’s confused or wounded – the emotion on her face is just as transparent.  It’s as if Sarah is free of all of the veils we use to conceal ourselves from other people.  She is, entirely and in every moment, herself. 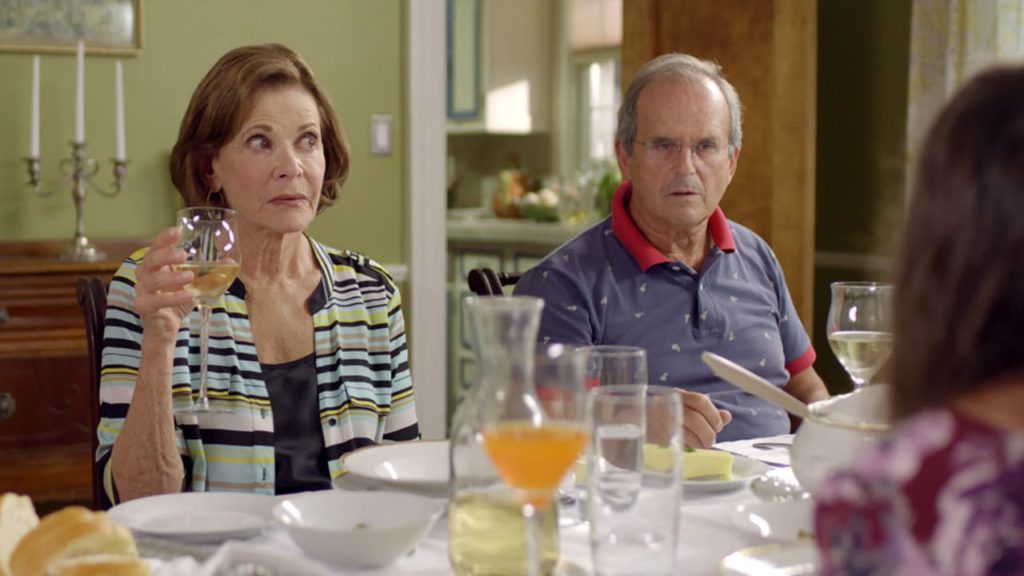 It was Rachel Israel’s long term friendship with Brandon Polansky that inspired the making of Keep the Change.  The film works beautifully as a romance, and it’s a wildly funny comedy, but it also turns conventional stories about autism inside out.  Most films about autistic individuals either center the neurotypical family members and their desire to connect with their loved one, or make fitting into “normal” society the goal.  In Keep the Change David finds increasing wholeness as he embraces the community of others of with autism.  When late in the film his mother complains that Sarah is “weird”, David demonstrates considerable growth by replying, “I liked her because she’s weird.  I’m weird, too.”

This is Rachel Israel’s first feature length film as a director, and it’s a very accomplished first outing.  The film’s costuming, casting, soundtrack and cinematography are all attuned to the film’s tone – brisque, witty, and warm.

Included on Kino Lorber’s Blu-ray release are the theatrical trailer, the 2013 short on which Keep the Change is based, deleted scenes, and a panel discussion at the ReelAbilities Film Festival featuring Israel, Polansky and Elisofon.  The panel drives home how much the characters of David and Sarah were shaped by the actors who played the roles, but don’t let that fool you.  In the arc of the story, superficial quirks don’t obscure the beautiful emotional range both actors convey.  Keep the Change is a really wonderful film.