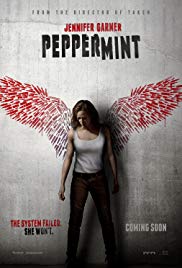 Riley North (Jennifer Garner) is a loving mom with a great husband (Jeff Hephner), great daughter (Cailey Fleming), and let’s be honest, a great name. Except maybe her husband isn’t so great. Maybe he’s been thinking of doing some dirty work with dirty people for a whole lot of dirty money. And even though he backs out at the last minute, maybe those people decide to put a hit out on his family. This is how Riley ends up in the hospital recovering from gunshot wounds and mourning the loss of her dumb husband and young daughter.

Riley’s hubs was mixed up with the most cliché Mexican cartel villains in cinema history (at one point there is a shootout in a piñata store) and when they escape prosecution on account of our corrupt justice system, Riley goes underground and off the grid to plan her sweet, peppermint flavored revenge. I don’t know if her revenge is actually peppermint flavored, but that’s a better explanation for the title of this film than the actual reason: Riley’s daughter was eating peppermint ice cream when she died. Until I saw this movie I honestly had no idea peppermint ice cream was a thing. I guess it’s seasonal? I’m going to have to try some. Eating peppermint ice cream has got to be a better experience than watching Peppermint the movie.

We see clips of Riley training in underground Thailand fight clubs and learn that she’s spent the five years since her family died becoming a killing machine with expertise in plastic explosives and detonators and all manner of weapons. It’s fun watching Riley, who spent the opening scenes trying to sell Girl Scout cookies, taking out forty armed men at a time with her newly acquired guns, knives, and hand to hand combat skills, but the movie would have greatly benefited from following Riley while she shed her old self and became this jaded creature, Batman Begins style. Unfortunately, all of this interesting character development happens offscreen and we only get a few throwaway lines to explain her headspace and what she’s now capable of doing. 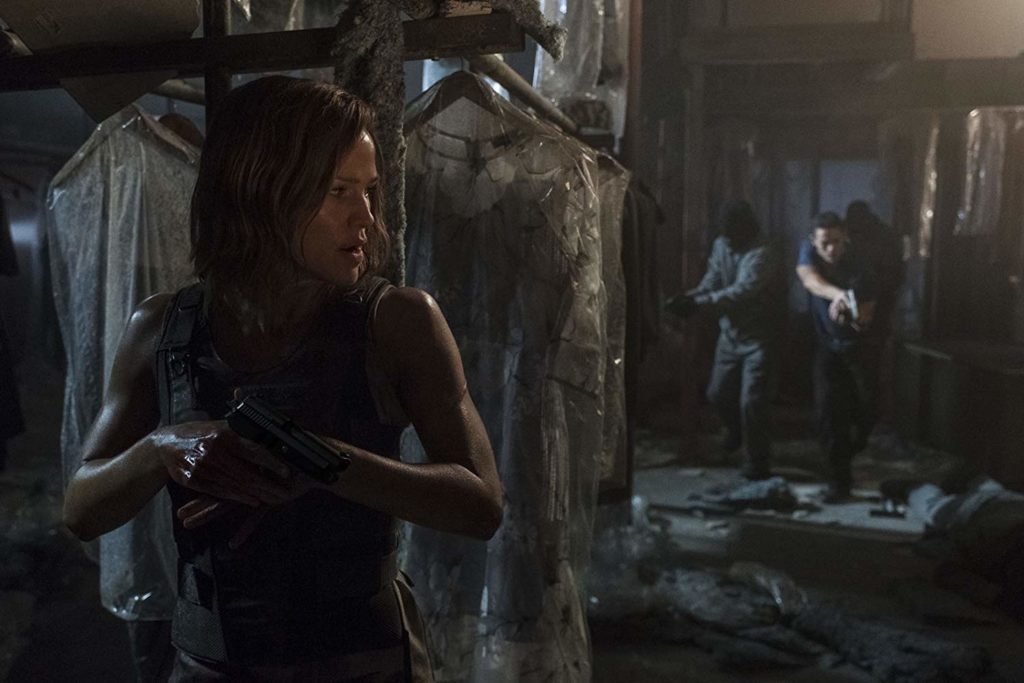 In 2001, Jennifer Garner was introduced to the world as the ass-kicking spy Sydney Bristow in the J.J. Abrams-produced television hit series Alias. During the run of that program, Garner co-starred alongside future ex-husband Ben Affleck in the comic book film Daredevil as the assassin Elektra Natchios and her performance was well-received enough to warrant a starring role in her own Elektra film two years later. Shortly thereafter, she appeared in Peter Berg’s war movie The Kingdom, turning in another strong performance.

After transitioning to romantic comedies in films such as Ghosts of Girlfriends Past and Valentine’s Day and mom roles in such films as The Odd Life of Timothy Green and Alexander and the Terrible, Horrible, No Good, Very Bad Day, Garner finally returns to the action genre that made her famous with Peppermint. Garner trained for months to get in shape to play the role of mom-turned-vigilante Riley North and as a result she looks incredible and is quite believable every time she shivs a bad guy or double taps their lights out.

With his movie Taken, director Pierre Morel took Liam Neeson from a respected character actor to an action hero with a particular set of skills, and with Peppermint he lets Jennifer Garner act nastier and delightfully more violent than she’s been able to in years, yet the results are diluted thanks to a horrible script. Plainly put: this is not a good movie. And it’s not a good movie mainly because of the work of screenwriter Chad St. John. The story is a dull, paint-by-numbers revenge thriller, with the only surprise being how jammed it is with awful dialogue. People simply do not talk like they do in this movie. And I don’t mean in a purposefully stylized way, I mean the lines don’t make any sense.

Here’s one example: as Detective Beltran (John Ortiz) catches Detective Carmichael (John Gallagher, Jr.) pouring alcohol into his coffee cup, he grabs the cup, tosses the liquid out, and says “Wait until you’re dead to embalm yourself.” What does that even mean? How could you embalm yourself if you’re already dead? What exactly was Chad St. John trying to say when he wrote that line? How could John Ortiz say those words out loud without asking anyone on set what the hell it meant? 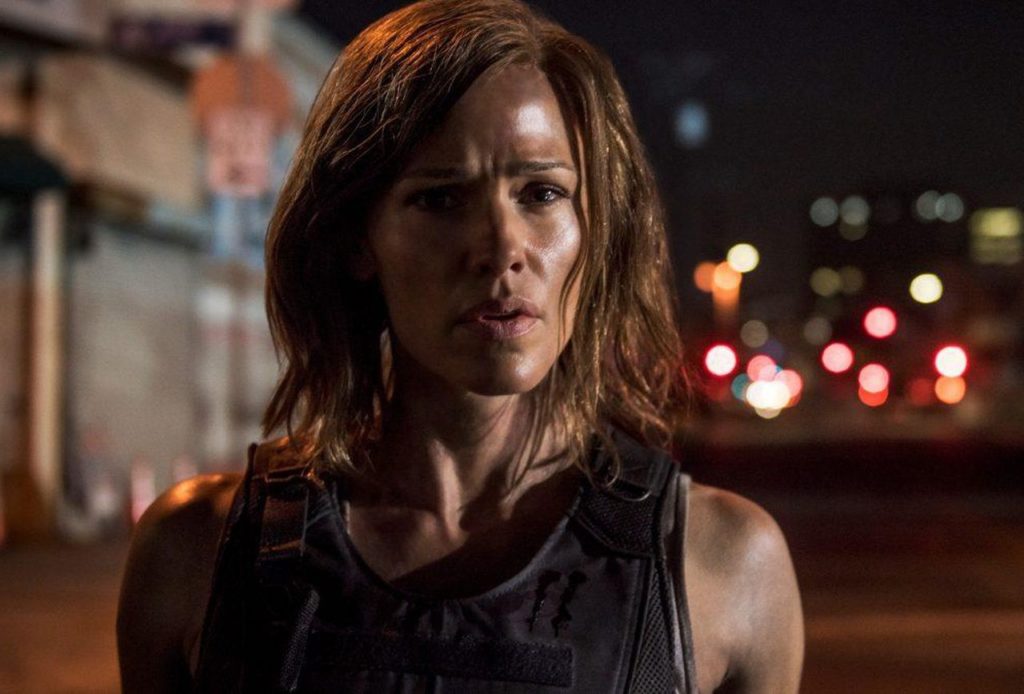 Another head-scratcher: Riley’s base of operations is a black van parked in the middle of skid row that she keeps stocked with illegal, high-powered weapons. Yet she keeps the van unlocked, as nobody in skid row will steal from her. Not because they are scared of her, but because she’s apparently become some sort of avenging angel for them. How? It’s really not very clear. What is clear is the homeless denizens of skid row have spray painted a mural depicting Riley North (in a hoodie with angel wings) on the side of a building in tribute. A huge mural. What exactly has Riley done for these people? The movie says she’s only been on skid row for three months! The movie is full of ridiculous elements like this.

As much as you want to root for Riley North, you mostly wish she was in a better movie. For years I’ve wished for a big screen crossover featuring Denzel Washington’s Equalizerand Keanu Reeves’ John Wick. As much as I disliked Peppermint, Jennifer Garner is so good in action films that I’m all for Riley North joining that gang.

One more very important thing: how in the name of Wu-Tang Clan do you hire Method Man for your movie (he plays Narcotics Detective Barker) and not ask him to do a song for the soundtrack? Can you imagine how cool his closing credits track would have been? I can hear it now:

She’s about to blow

Upside downside inside and outside

Hittin’ you from every angle there’s no doubt