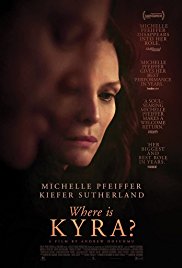 Andrew Dosunmu (Mother of George) films a moving story of one woman’s attempt to keep herself afloat in light of personal, financial, and emotional ruin.  Dosunmu developed the story and Darci Picoult wrote the screenplay of this small, yet gritty film that stars Michelle Pfeiffer and Keifer Sutherland.

After what seemed like an extended absence from the silver screen (since 2013’s The Family), Michelle Pfeiffer has come roaring back with a cable movie alongside Robert DeNiro (The Wizard of Lies), the controversial Mother!, the all-star casted who-done-it Murder on the Orient Express, and this year’s Ant-Man and the Wasp.  In between it all, is a little film called Where is Kyra? that may not gain much notice at the box office, but that will remind audiences of Michelle Pfeiffer’s acting chops.

Pfeiffer plays Kyra, a middle-aged woman who is divorced, and desperately trying to find a job after being let go due to a bad economy at her previous job.  Complicating matters is that she is living with her elderly mother Ruth (Suzanne Shepherd-Goodfellas, Lolita), who needs help bathing, operating her oxygen tank, or even walking to the bank.  When Ruth passes away, Kyra finds that an error in filling out her mother’s death certificate means that her mother’s pension and disability checks keep showing up.  When the bank won’t cash them without Ruth being there, Kyra begins to don her mother’s wig and clothing in order to cash the checks and survive. 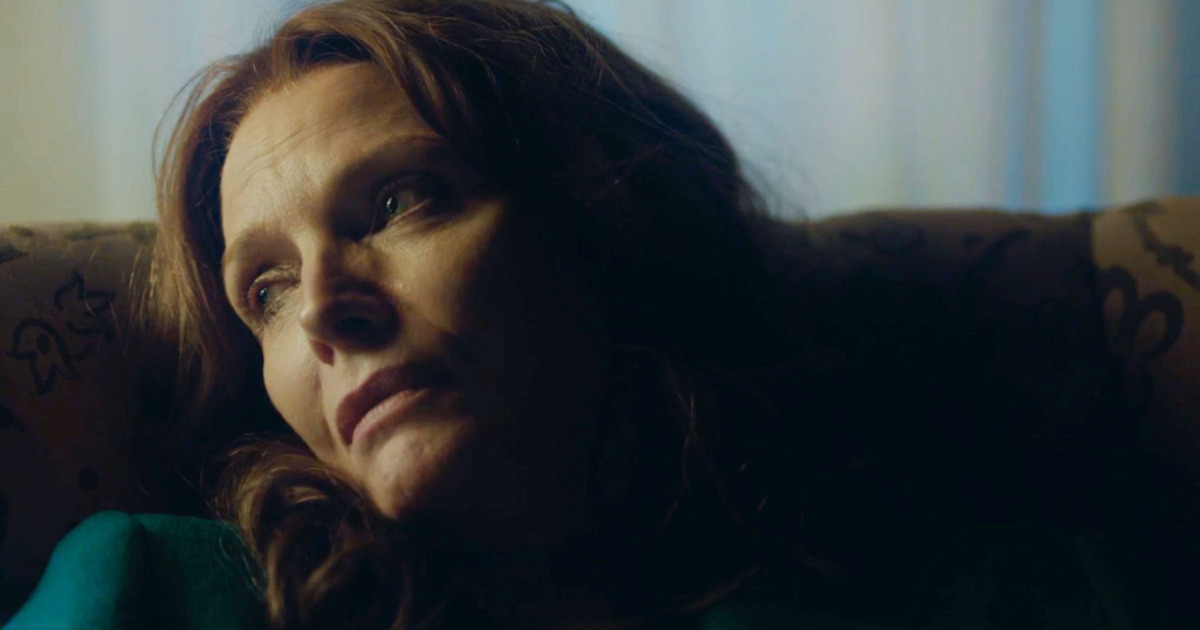 Along the way, she will meet her neighbor Doug (Sutherland), who works as a nursing home orderly.  Doug is trying to overcome addiction in his own life and works two jobs.  As he falls for Kyra, he is torn between casting her away when he finds out the fraud she is committing, and seeking to “save her” from her dire situation.  Will Kyra drag them both down?

Dosunmu keeps a steady hand on his lens opting to shoot wide shots from a distance, whether in an apartment setting, or outside.  Sometimes this might be a camera angle behind a wrought-iron door as we watch Michelle Pfeifer’s Kyra fumble with some keys, or from the doorway of a bedroom where we can barely see the portion of Sutherland’s torso, or Pfeiffer’s leg, as they either make love, or make small talk. 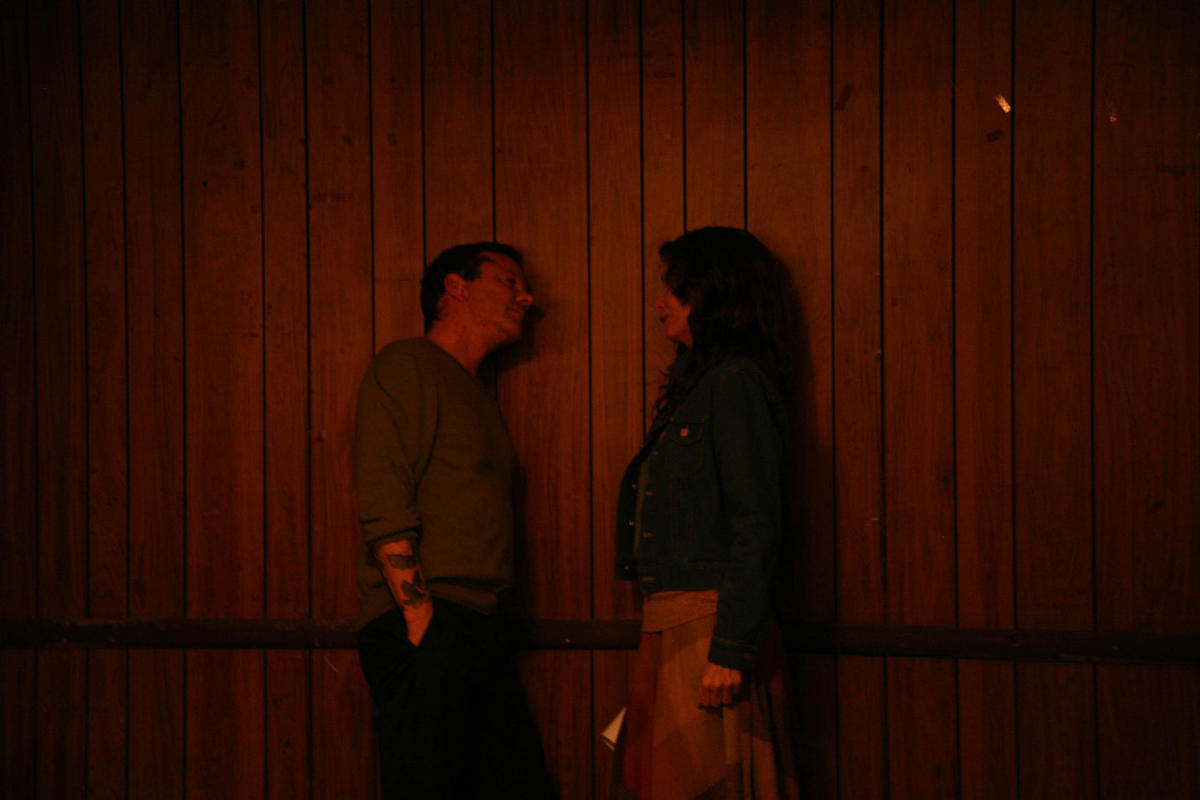 It is when Pfeiffer dons the wig that the soundtrack abruptly changes into an industrial sound of metal scraping mixed with some feedback creating a frenzied mood to match Kyra’s desperation to engage in such theft.  It is also at these times that Dosunmu chooses to occasionally tighten the lens into close-up and somewhat claustrophobic shots, such as Kyra locking herself into a bathroom stall to change out of her mother’s outfit into her own, especially as someone is beating on the bathroom stall, trying to get in no matter how many times Kyra shouts that she’s in the stall.  Just enough tension, at key moments of the narrative, seem to go a long way for this film, that often is content enough to quietly share Kyra’s situation with us. 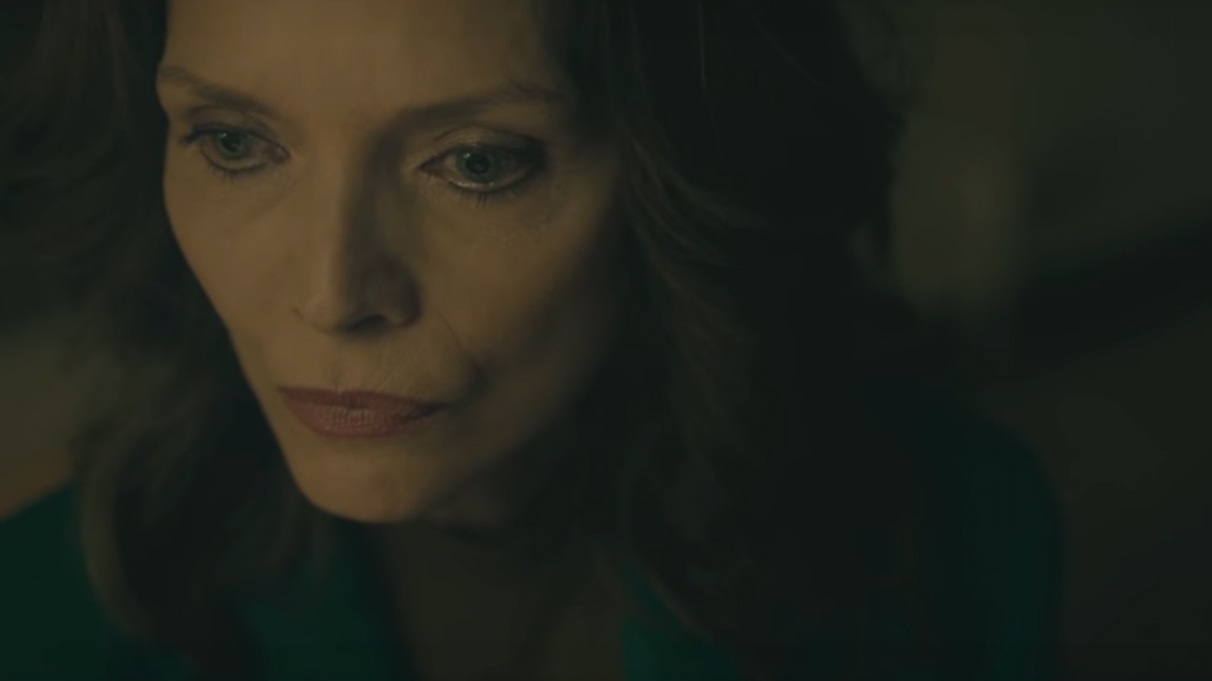 The pacing of the film, along with its detached, yet observational camera lens gives the film a more naturalistic feel as nothing really seems to be manipulating the viewer into feeling any particular emotion towards Kyra, or her plight, other than what we are selectively shown.  Even when the ambulance arrives to collect the deceased Ruth, we aren’t treated to the sounds of the siren, but merely the visual of them. 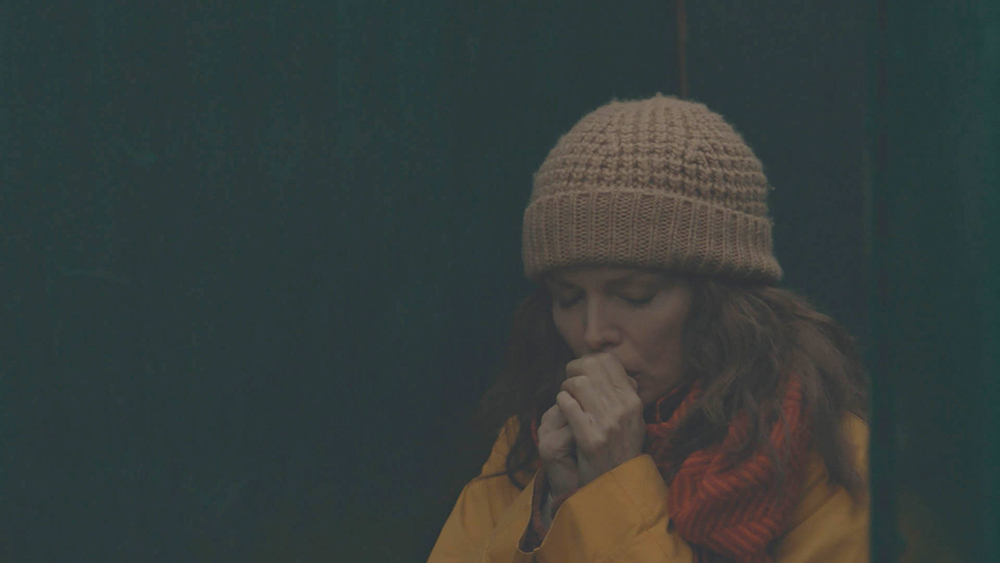 Where is Kyra? is not just a line from the film, where one character inquires about her, but it is the larger existential question of the character herself.  She is obviously drowning in her circumstances, and as a result the decisions she is making as a reaction to her circumstances begs the title of the film as a larger question of how we can lose ourselves in the process of our flailing about, raging against life’s turbulent waters.

Michelle Pfeiffer is riveting in the role, and I hope that it is a signal of more true character acting roles in her future, rather than just supporting roles where she merely appears in the film.  Keifer Sutherland is always fun to watch, and it is a shame he doesn’t do much film work.  While he can carry a television series like Designated Survivor or his career-defining role as Jack Bauer in 24, he has excelled in films where he is either a part of an ensemble, or in a strong supporting role.  Films like The Lost Boys, A Time to Kill, or even the flat, well…Flatliners.  He and Pfeiffer have a good chemistry together, especially for where the script brings these characters in the end.