A Small Town Reckons With the Sins of Its Recent Past in the Gripping Drama 1945.

When 1945 opens, everything should be all right in this small town in Hungary. It’s early August, 1945. The war in Europe is over, the war in the Pacific is just about to come to a close, and the son of the town clerk (Bence Tasnádi) is getting married. A wedding is supposed to be a happy occasion, right? So why is everyone in town on edge?

Because two strangers have arrived, two Jewish men dressed in black. They’ll later be identified as  Sámuel Hermann and his son (played by Iván Angelusz and Marcell Nagy respectively). They’ve come bearing two crates, which they say contain perfume and other personal effects. The mention of perfume catches the attention of the station master (István Znamenák), and he rushes to town to warn the town clerk (Péter Rudolf). The town clerk doesn’t like the sound of this one bit. Soon everyone is worried about Hermann and son and what their sudden appearance in town means. Rumors and conjectures spread like wildfire. 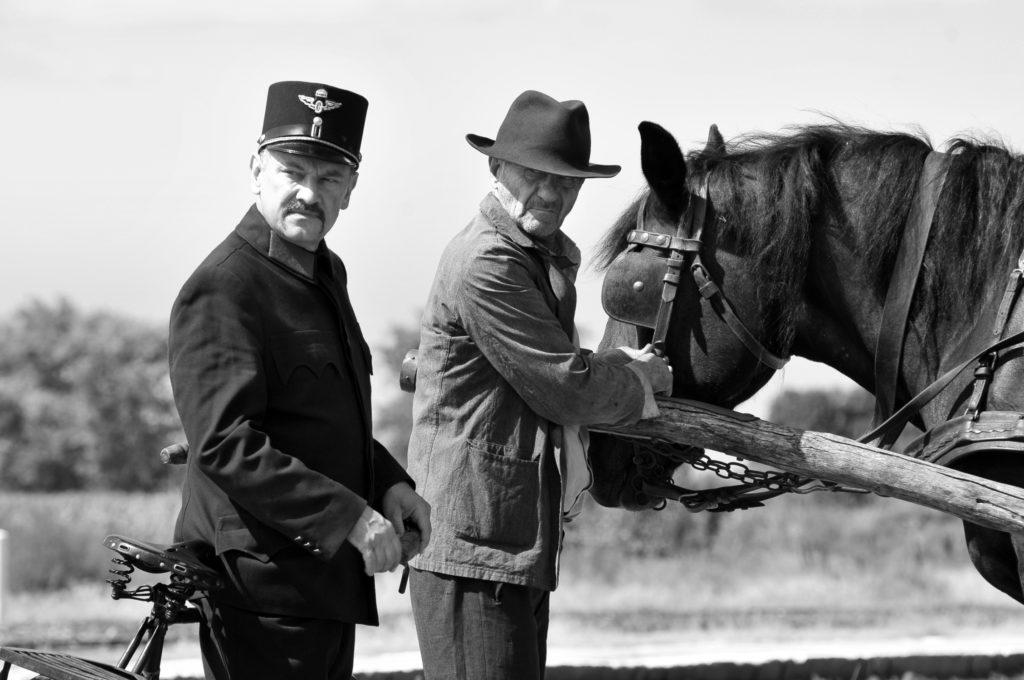 It’s not that anyone has anything against cosmetics, per se. Rather the arrival of the two men have unleashed a wave of collective guilt over the town’s actions during the war. False accusations had been made. Property had been confiscated and redistributed. Neighbors reported on their neighbors. Nobody in the town knows why the Hermann’s are here. Is it for revenge? Is it to take back what was stolen? The townsfolk project their own guilt and worst fears onto the two men, and long buried secrets begin to come to light.

The townsfolk project their own guilt and worst fears onto the two men, and long buried secrets begin to come to light

1945 is a Hungarian movie co-written and directed by Ferenc Török, based on the short story “Homecoming” by Gábor T. Szántó (who also co-wrote the script). It’s a quiet film that slowly builds its tension as the Hermanns make their inexorable march towards town.

Before the day is over, life in the town will have been upended. Relationships will be ended, and families split apart. There will be suicide and arson. The town drunk (József Szarvas) argues that what the town did was wrong. “We have to give it all back,” he insists. His wife (Ági Szirtes) is less sympathetic. “This is our home,” she tells him. “We have papers to prove it is rightfully ours.” Those papers make everything nice and official, and folks hide behind their cold legalize to shield themselves from what those papers really represent. 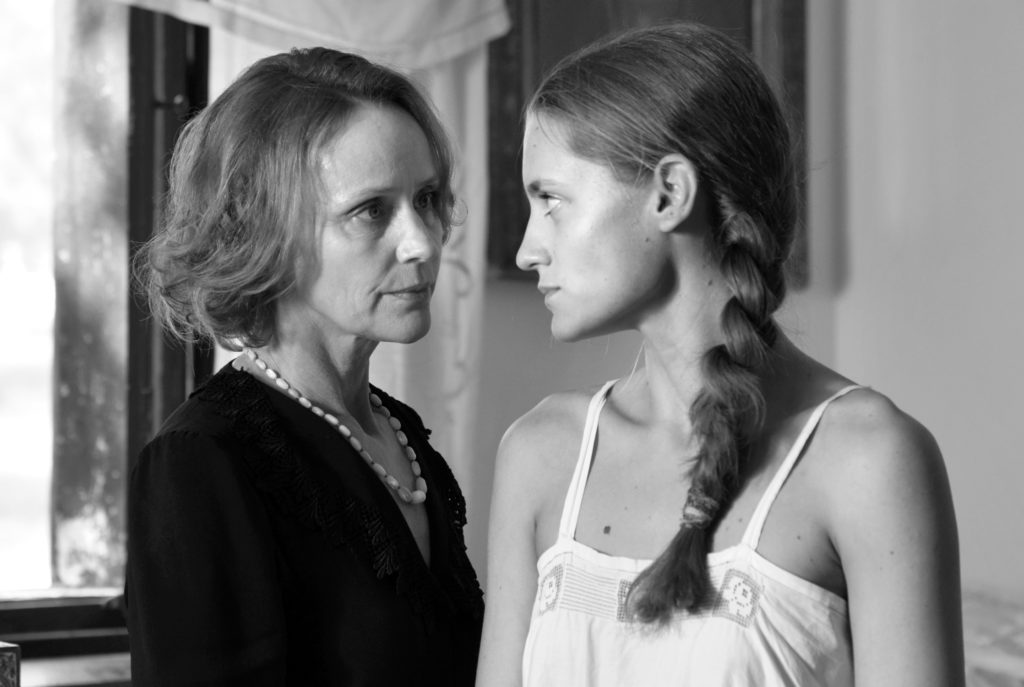 Török, along with his director of photography Elemér Ragályi, shoots the movie in black and white, a decision that not only invokes the era in which the film takes place but also focuses attention on the characters’ inner turmoil. Nothing helps dramatize a person’s thoughts and feelings quite like black and white photography does.

Once the war was over, everyone wants to just forget everything that happened and get on with their lives. Even the priest refuses to hear anybody’s confession on the matter. We can’t move into the future without reckoning with our past, however. And for Jews like the Hermanns, forgetting is an impossibility. History has left an indelible mark on their lives- just like the tattoo we briefly glimpse on the younger Hermann’s forearm.