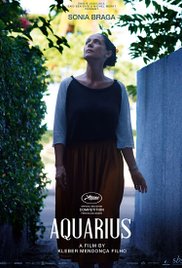 Brazilian writer-director Kleber Mendonca Filho is a director who feels that films are more intimate when the director is directing in a place that they know intimately.  For him, the place that he knows best is Reclife, an oceanfront city filled with beaches, and sprawling urban landscapes.  Clearly divided lines at the beach, demarcated by a sewage line emptying on the beach into the ocean, as pointed out in his film Aquarius, is the line between the haves and the have-nots, a highly political theme in the film of one woman’s crusade to determine her own fate, on her own terms.

Sonia Braga (Kiss of the Spider Woman, Dona Flor and Her Two Husbands, Wonder) stars as Clara, a former music critic and 65-year old widow, who is the only resident of a sprawling oceanfront apartment building called the Aquarius.  Each day she heads out to the beach to take a swim, where she is known to local lifeguard Roberval (Irandhir Santos) who allows her a little leeway as she subverts the daily posted distance warnings swimmers are allowed to swim away from shore.  She occasionally is interviewed by the newspaper about music, or can be found listening to her extensive vinyl record collection, or reading a book.  A breast-cancer survivor, Clara is about soaking up life.  This includes attending parties, going out with her sister-in-law and other girlfriends to go dancing, or occasionally taking a lover, which can prove awkward as she still is sensitive about the full mastectomy on her right breast that they are sure to notice as they get more intimate with her. 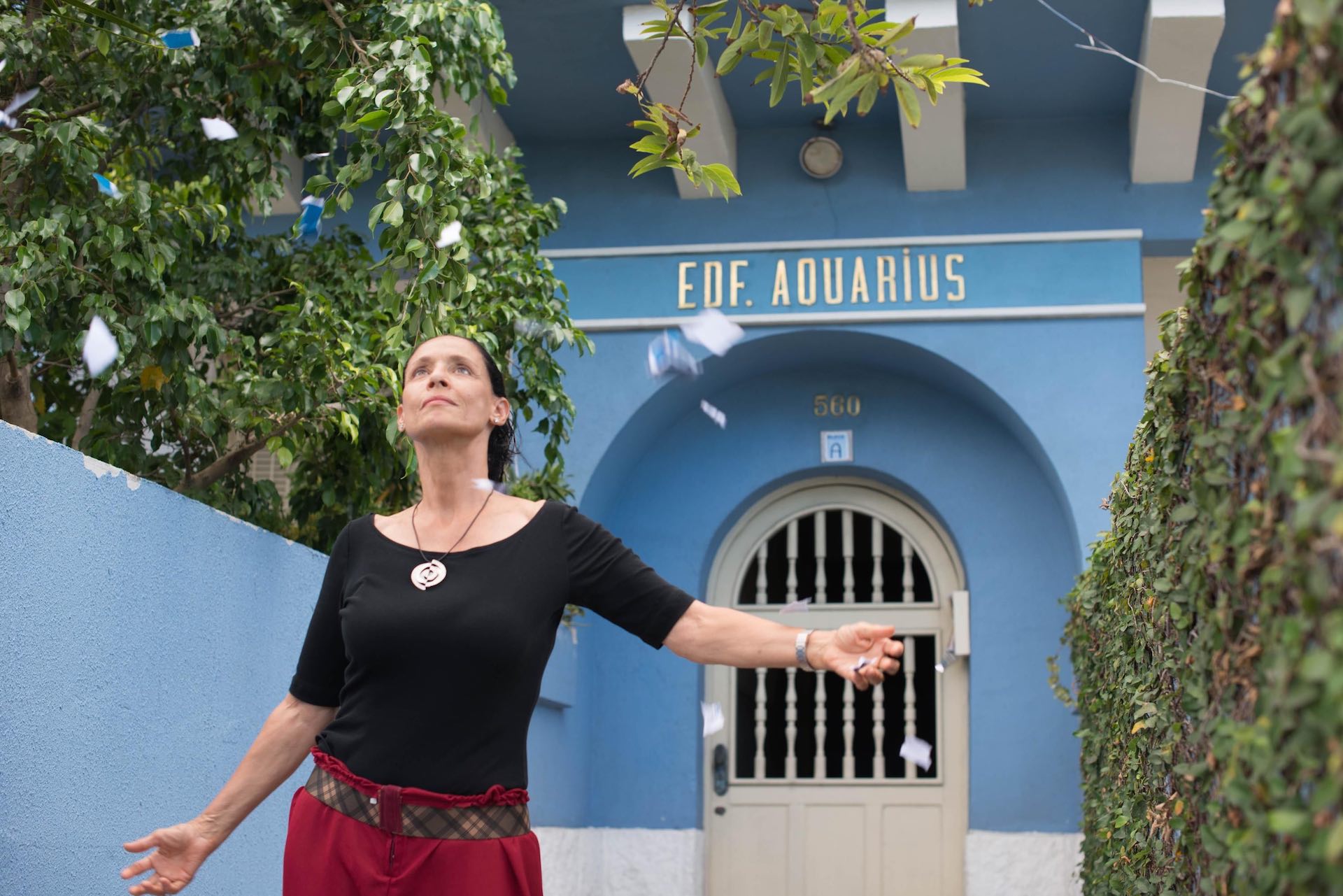 Clara’s apartment is the place where she has raised her three children.  It is where she plays with her grandchildren. It is also  the place of her memories with her former husband, and it is a place that has a character all of its own, having been built in the 1940’s.  While Clara is definitely a woman of her own time, preferring to listen to John Lennon, Queen, and many Brazilian singers of the 1960’s and 1970’s, she is still a very modern woman.  She spots passion in the eyes of the young and remembers vividly her own youth with all of its passions and notions to living in the moment.  Memories are an important aspect to Clara’s story. 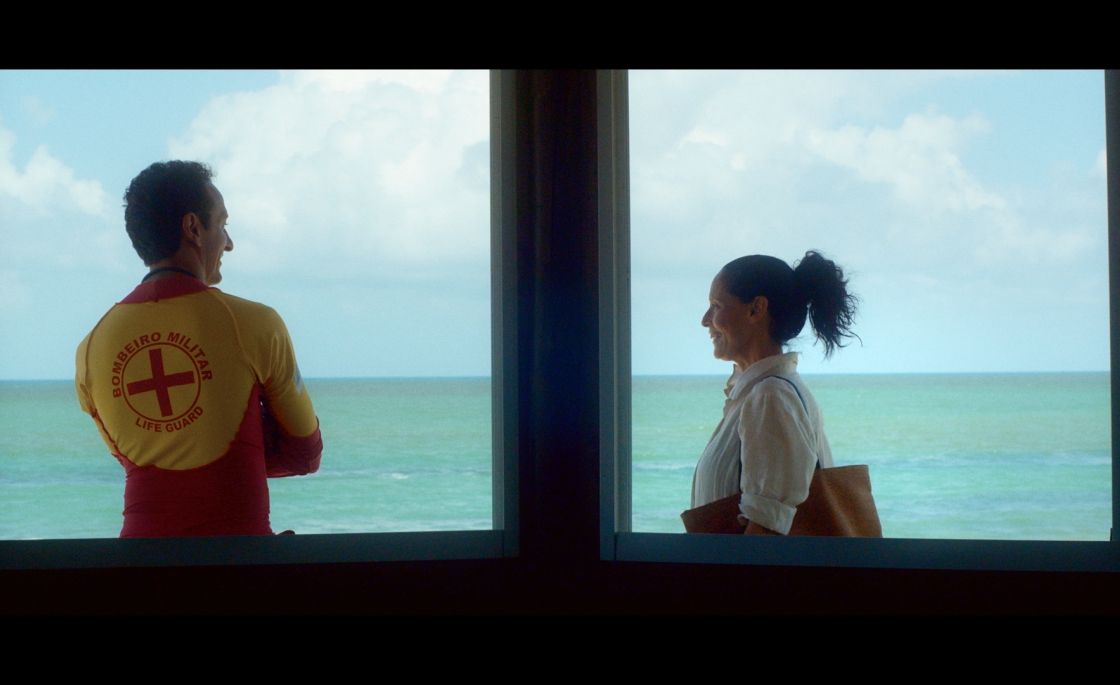 Conflict arises when the building’s owner and grandson Diego (Humberto Carrao), who is heading up a new project to destroy the Aquarius and rebuild a modern structure that will earn more profits at that oceanfront location, arrives at Clara’s door seeking to entice her to accept their offer to buy her out.  She declares in no uncertain terms that she will only leave the Aquarius when she is dead.  We watch as the owner’s tactics begin to escalate in a bid to force her out, as Clara finds her own strength and resolve to fight them off, culminating in a showdown that may cost her everything. 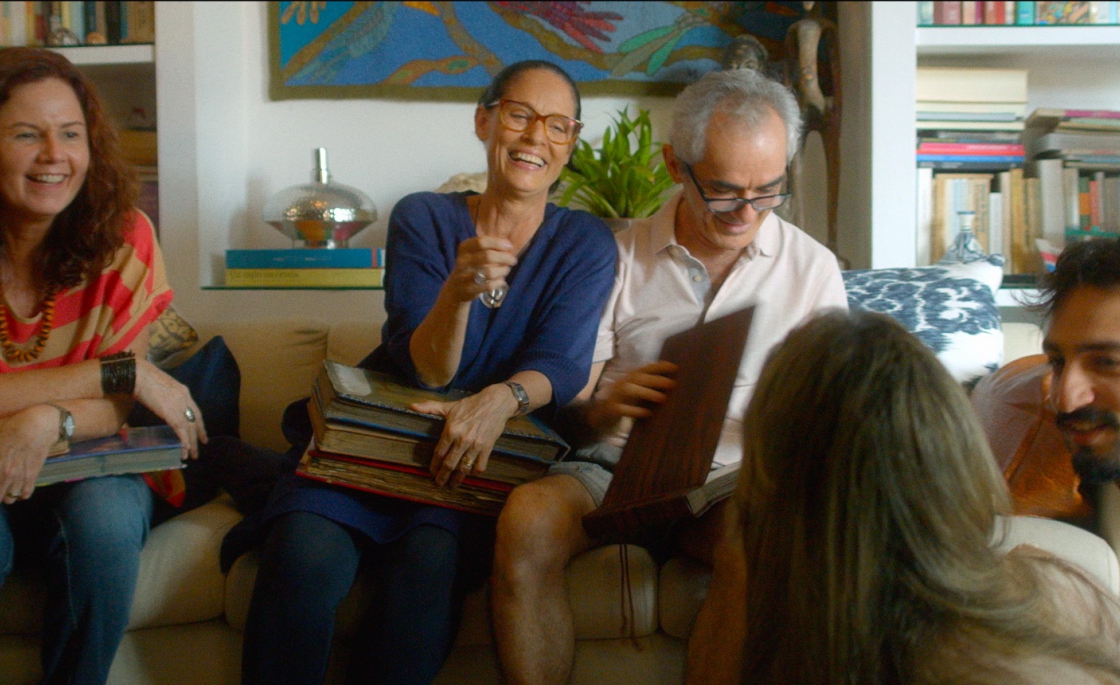 Sonia Braga is amazing in this role and it was a surprise that she wasn’t nominated by The Academy for her work.  As we watch Clara’s story unfold, we are really watching a microcosm of Brazilian politics play out.  Not stuff of elections and parties, but those politics that exist within communities and neighborhoods.  The ideas of powerful companies with all of the connections and privilege, butting up against individuals who are seemingly standing in the way of progress while contending that they are simply hanging on to what has been and who they are.  This is a great tension that a country like Brazil is facing as it transitions to being a modern developed nation.  Clara herself addresses this tension as she laments that when people love something that is from the past they call it “vintage”, but if they don’t love it, it is just “old”.  Whether discussing the building she continues to reside in, or herself, this is a searing indictment on where the battle lines are for her.  The other being the line between respect, even in conflict, and the arrogance of dismissing what has come before without the appreciation that should be maintained, even as time and progress march on. 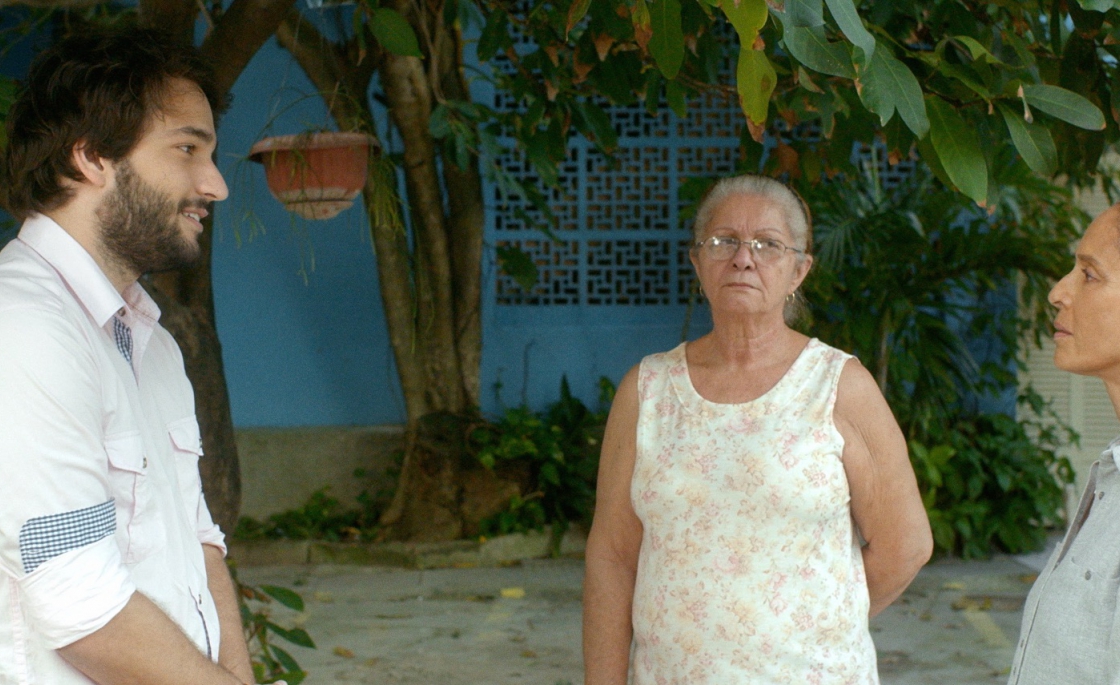 The Blu-Ray from Kino Lorber comes packed with a lot of great bonus material.  In addition to audio commentary from director Kleber Mendonca Filho, there are deleted scenes, and a great interview with both the director and Sonia Braga.  There is a great little “making of” documentary that allows you to see how intimately the director knows his city, and 3 of Filho’s short films are here.  Each short film are uniquely different covering subjects such as Brazil’s hosting of the world cup, to our modern day relationship with our household appliances and technology, to a disturbingly fun horror film/cautionary tale.  There is also a trailer of Aquarius, and another trailer that includes an introduction by Sonia Braga.  The film is presented in 2.35:1, 1920x1080P, and is in color with a run time of 146 minutes.  The audio is 5.1 surround, and the film is in Portuguese with optional English and French subtitles.