MARK FELT: THE MAN WHO BROUGHT DOWN THE WHITE HOUSE (2017)-Film Review 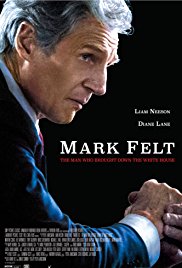 Director Peter Landesman only has a couple of films under his directorial belt, but he seems to enjoy historical-based drama.  His debut feature, Parkland, captures the chaos at Parkland Memorial Hospital as John F. Kennedy is brought in following the assassination shot he suffered as his car passed by Dealey Plaza in Dallas, Texas.  The film demonstrated a lot of promise in that first-time director as he integrated historical footage with costumes and set pieces that matched the footage to a T.  This helped create a seamless transition to the fictional conversations, based on the real-life accounts from that day.  While it wasn’t perfect, it was on the whole a solid film.  He followed that up with Concussion, also based on real events. For his third film, Peter Landesman has returned to historical drama to give an account of Mark Felt, the F.B.I. whistle-blower who after 30 years outed himself as the Watergate informer known as “Deep Throat” that worked with Bob Woodward to expose the story that led to the resignation of President Nixon.  That film is aptly titled, Mark Felt: The Man Who Brought Down the White House.

This film is based on the book by Mark Felt, and a book by John D. O’Connor, so much of it will be sympathetic to Felt’s point of view.  Felt is played by Liam Neeson who makes a welcomed return to dramas (along with last year’s excellent movie Silence) after spending lots of time doing action films and voice-over work.  Neeson plays Felt as a serious, loyal member of the F.B.I. who, for over 30 years, has kept its secrets, and championed its controversial leader, J. Edgar Hoover.  When Hoover dies, Nixon passes over Felt for L. Patrick Gray (Marton Csokas), a Nixon loyalist with no experience with the F.B.I.   He is simply there to answer to the President.  The only problem is that the F.B.I. doesn’t answer to the President.  It is meant to be an independent agency so that it has the power to investigate the President. 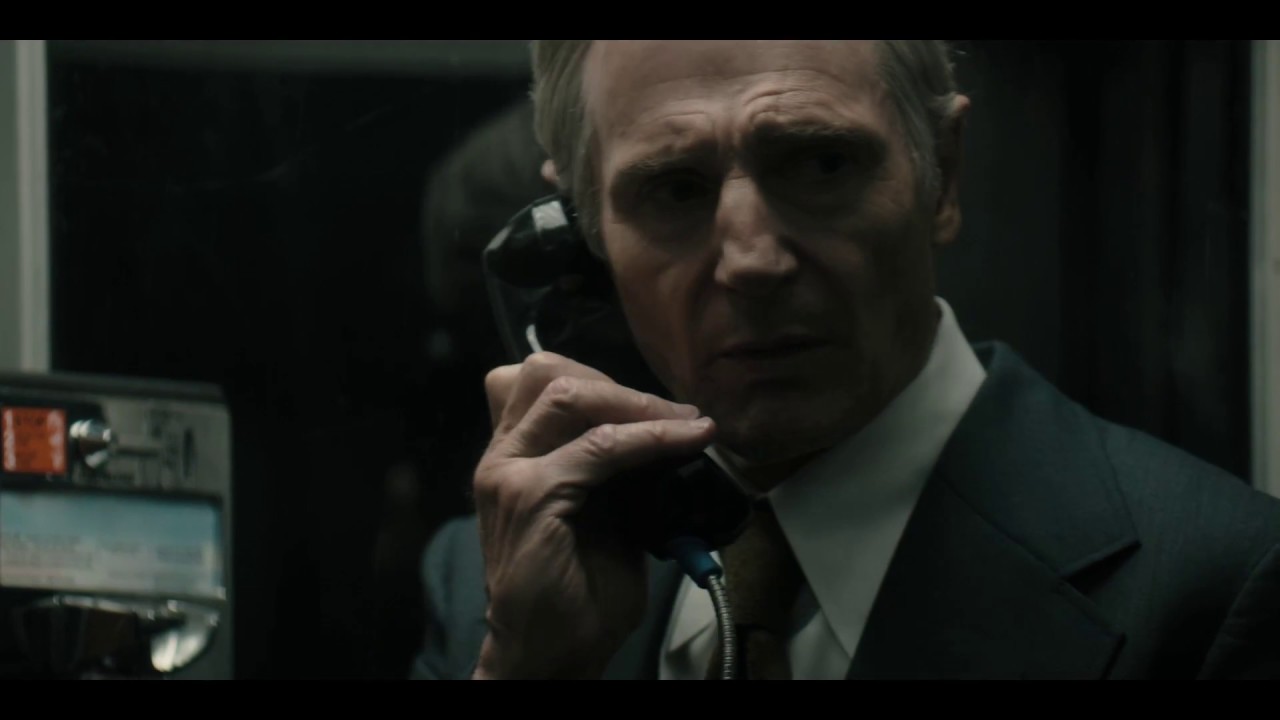 Felt sees that the very pillars of the agency he has dedicated his life to are being attacked and undermined as they investigate the break-in at the Watergate Office Complex, around the time of Nixon’s 1972 re-election campaign.  When they learn that most of the thieves who broke into the Democratic Headquarters were all men with ties to the C.I.A., Neeson’s Mark Felt begins the investigative process as usual, before being told by Gray that everything will be wrapped up in 48-hours.  Eventually the Attorney General announces that no part of the investigation has led to any accusations about the White House’s involvement.  Felt is incredulous, knowing that the investigation hasn’t even really gotten going, much less ended.  It is at this point that we see Felt flirting with the idea of doing the one thing he has never done: leak the business of the F.B.I. to the press.

The rest of the film tries to keep things close-to-the-vest like Mark Felt, as we watch him playing office politics, while at the same time meeting secretly with Time Magazine’s Sandy Smith (Bruce Greenwood), and eventually the meeting with Bob Woodward (Julian Morris).  As he tries to stay one step ahead of Gray, and an ex-F.B.I. colleague Bill Sullivan (Tom Sizemore), Felt must keep his own agency off his trail as they are desperately seeking out who the leak might be, causing Felt to give up his most loyal men, or have them re-assigned, in the agency which included Angelo Lano (Ike Barinholtz) and Charles Bates (Josh Lucas). 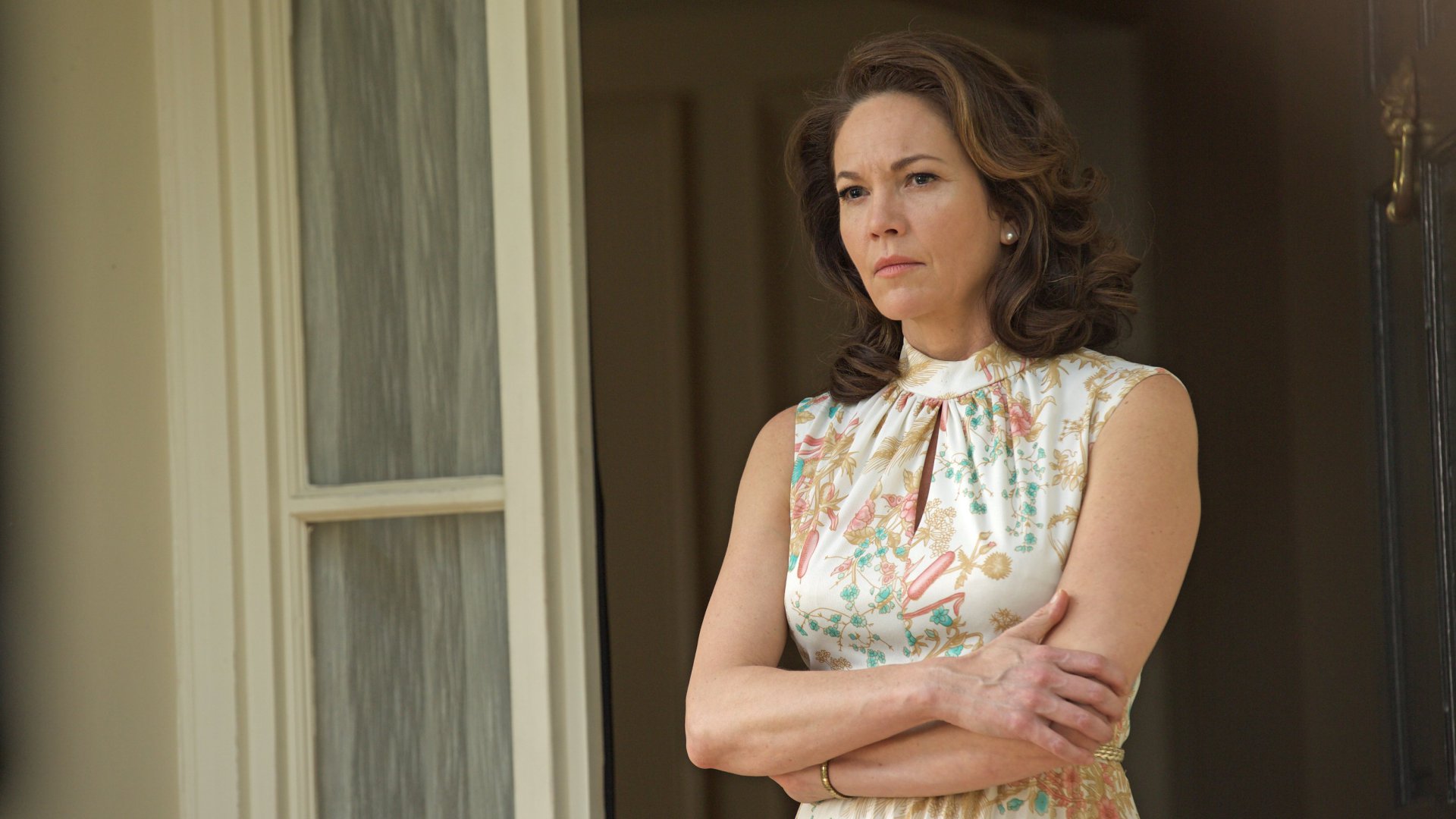 The film also has a side story about the relationship Felt has with his wife Audrey (Diane Lane), and their wayward daughter Joan (Maika Monroe) who may be a part of the dangerous radical political group Weathermen Underground, responsible for several bombings going on.  It is meant to bring some humanity to Felt who is so buttoned-up on the job, and it partially succeeds, but in many ways the film treats it as a distraction and we aren’t given a lot of interaction that would be required to create any empathy for the impact on Felt’s domestic life.  The epilogue at the end of the film may shock several people as it relates to Audrey, just simply because we weren’t given many glimpses of her in the film to understand the way Mark’s career complicated her life. 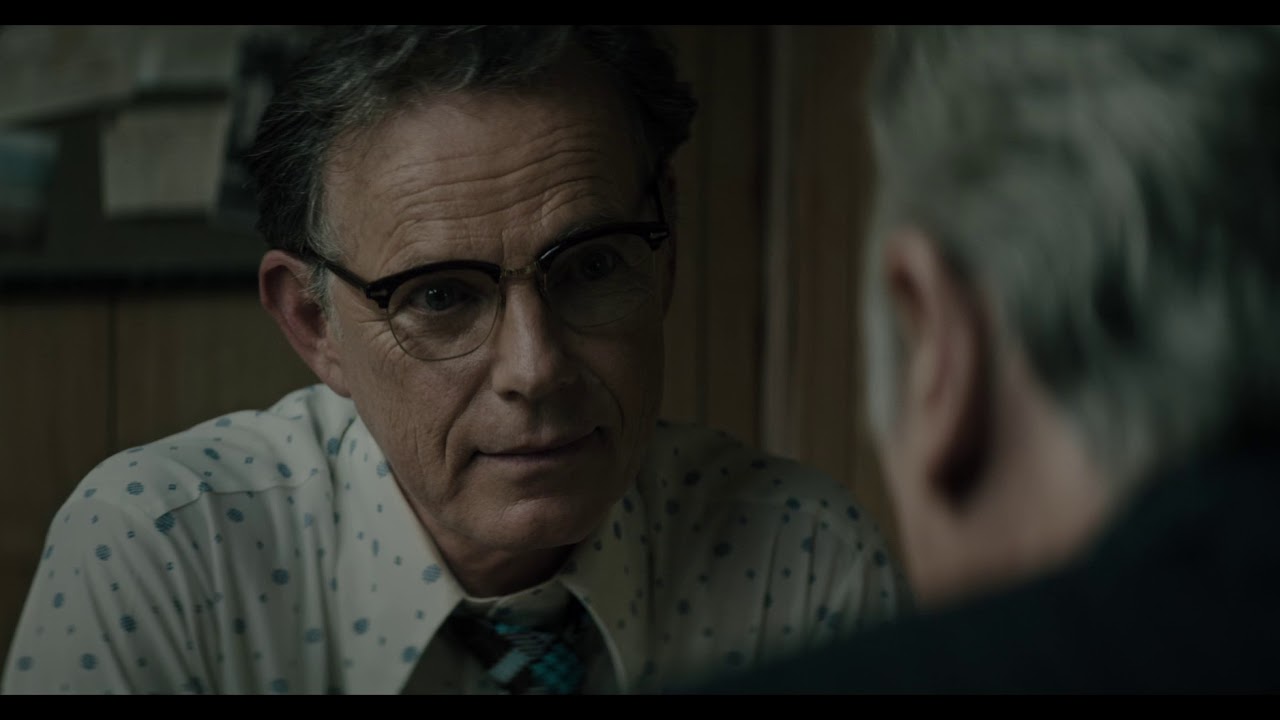 Where the film succeeds is when Felt is out of the office.  It is here that we get to see more of the cloak and dagger kind of work he does and his meetings with Sandy Smith where we begin to learn some of the many secrets he carries in his head which made people like Nixon too scared to fire him, and to afraid to promote him, hence the appointment of Gray, which was a major offense to Felt’s pride.  Like Parkland, Mark Felt: The Man Who Brought Down the White House uses actual footage from the time, but it mostly appears on television sets being watched by the actors where archival footage is easier to integrate.  Some of the grainy texture of this film at times, tries to make it appear as an authentic video document of the events, despite it being a fictional interpretation of the actual events. 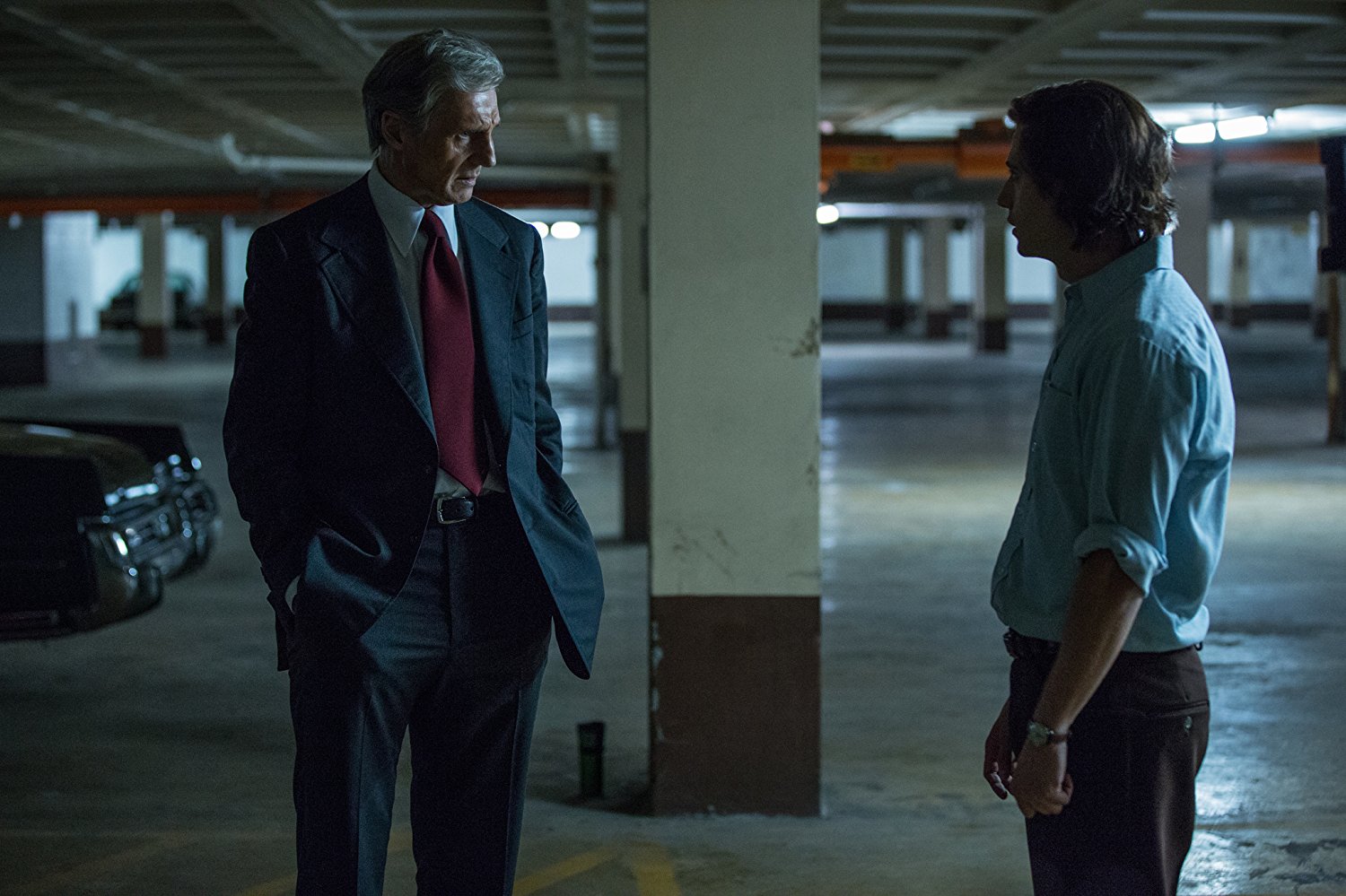 While Liam Neeson and the rest of the cast give quality performances, the film itself is too by-the-numbers, and the script that Peter Landesman has written based on both Felt’s book and from John D. O’Connor’s book, doesn’t dive as deep as it should to build enough tension around Felt, or the inner workings of the White House.  It also treats Felt’s personal relationships as a footnote, probably to make the larger point that they were a footnote compared to the time he spent on the job, but in terms of building any authentic conflict that would clash with the pressure he was under at work, and in trying to keep his pursuers from finding out that he was in fact “Deep Throat”. 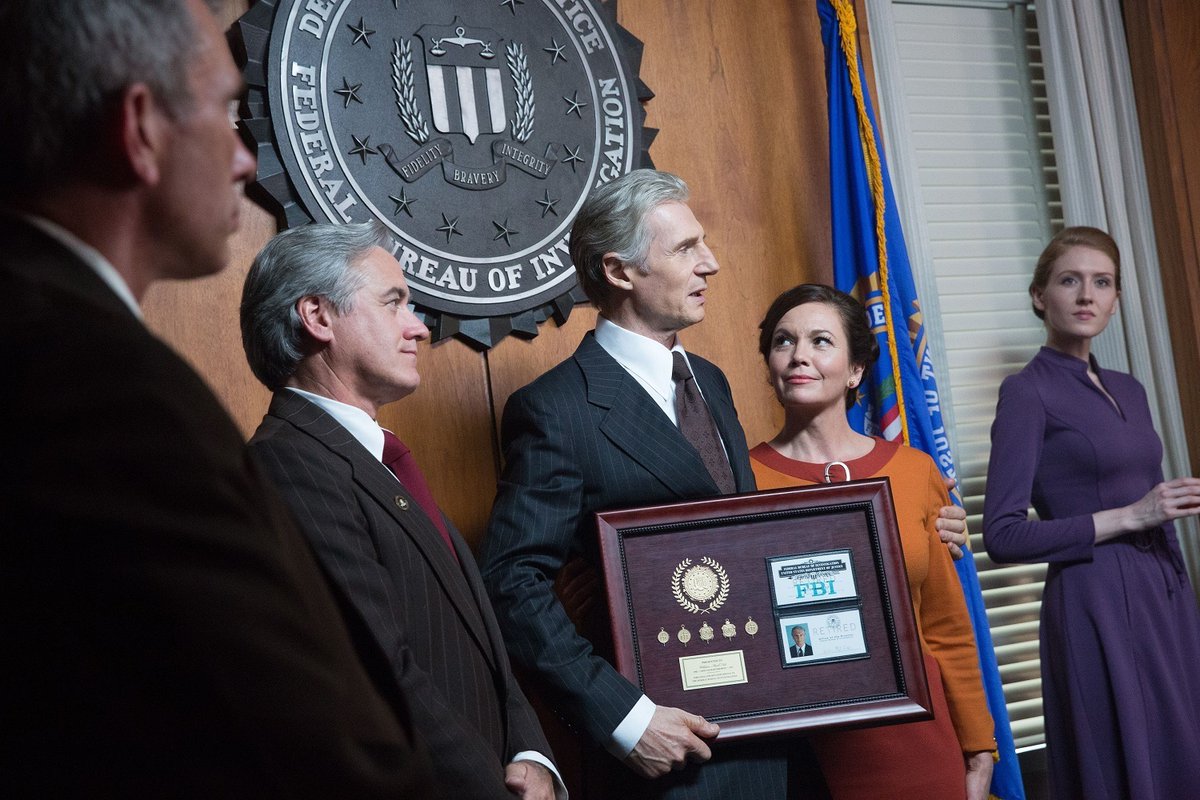