An Amazing story of one man’s journey from sight to blindness that should challenge and inspire us all. 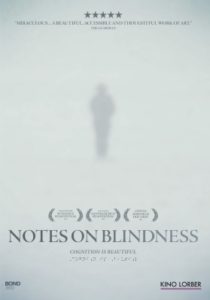 Kino Lorber has released the amazing story of writer, teacher, theologian John Hull, called Notes on Blindness.  Hull, in 1983, after decades of vision deterioration, became totally blind.  Hull, ever determined to continue his life of lecturing at a local university in Great Britain, and building a family with his wife Mary, begins an amazing journey to not just “deal” with his condition but to adapt it to his life. His journey to truly understand blindness itself is initially heartbreaking, but ultimately an uplifting one, captured in a unique documentary style.

The film utilizes hours and hours of audio recordings of John, as well as audio recordings of interviews with both John and Mary.  Actors on screen lip-synch the words from these audio recordings as they act out the scenes from John’s life, yet everything you hear is from the actual voice of John and Mary.  Through these recordings, we are given a rare chance to hear firsthand what life is like for those who were not born blind, but who had a deep understanding of sight and then succumbed to their loss of sight, only to find a rebirth and new identity through it all.

Despite the initial heartbreaking premise, Notes on Blindness, is surprisingly uplifting and empowering and should be seen by as many people as possible. 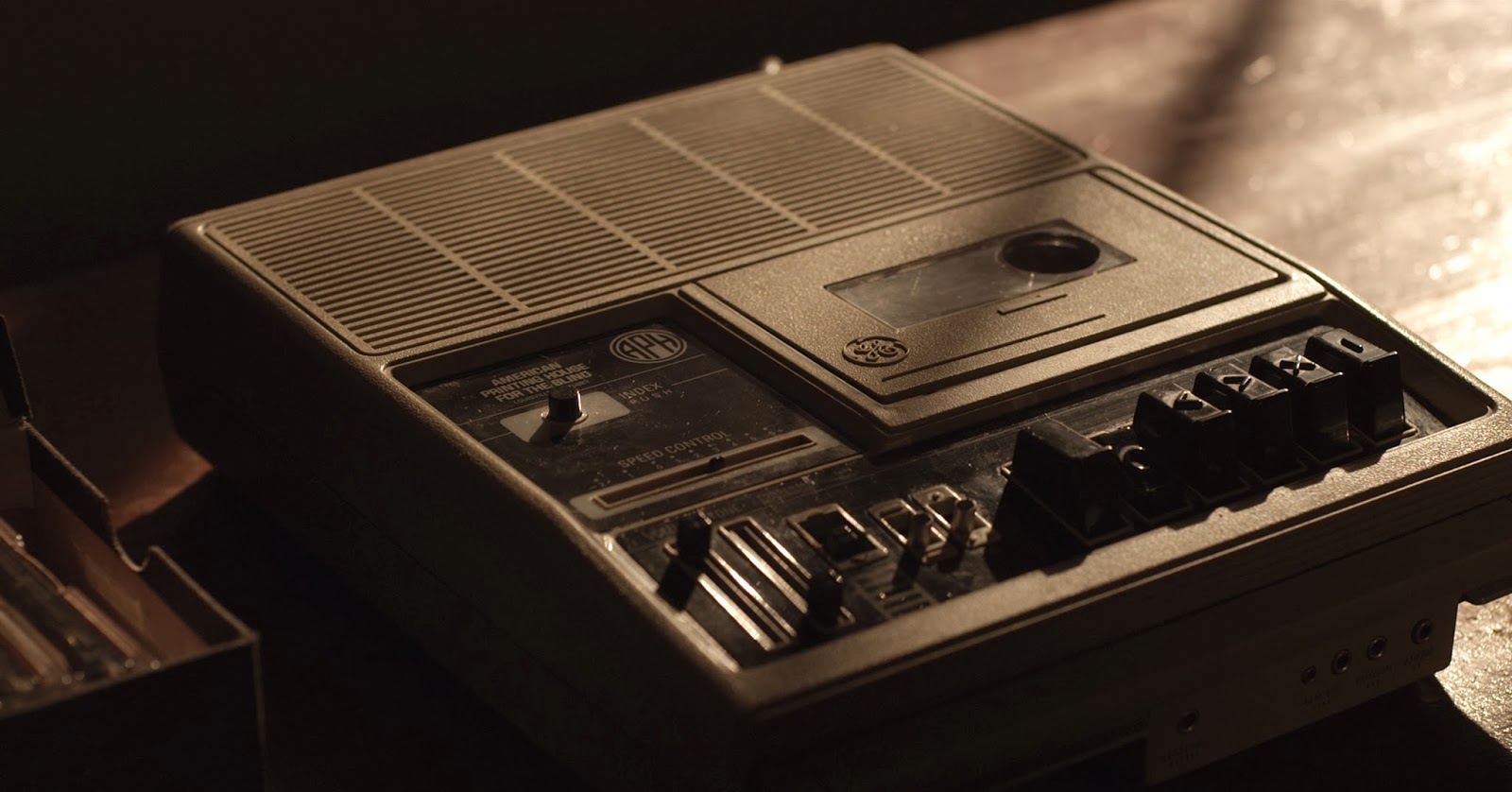 Originally an award-winning short film of the same name, Notes on Blindness is a compelling and deeply affecting story of the triumph of the human spirit against all odds, without sugarcoating the real struggles.  The visuals in the film oddly serve to depict John’s audiological descriptions of what blindness is like for those with sight to create a greater empathy of those experiencing such profound loss.  It also helps show a way forward in many subtle ways, especially as John learns to embrace sound all the more to experience the world in a new, fresh way.

Besides John, who immediately began using his student assistants to begin recording audio versions of his many books he relied on for course study and preparation, is his wife Mary.  Mary is the true unsung hero who not only stands by his side, but who becomes the de facto caretaker, in addition to actively raising their  5 children, 3 of which Hull never saw as they were born after his loss of sight. 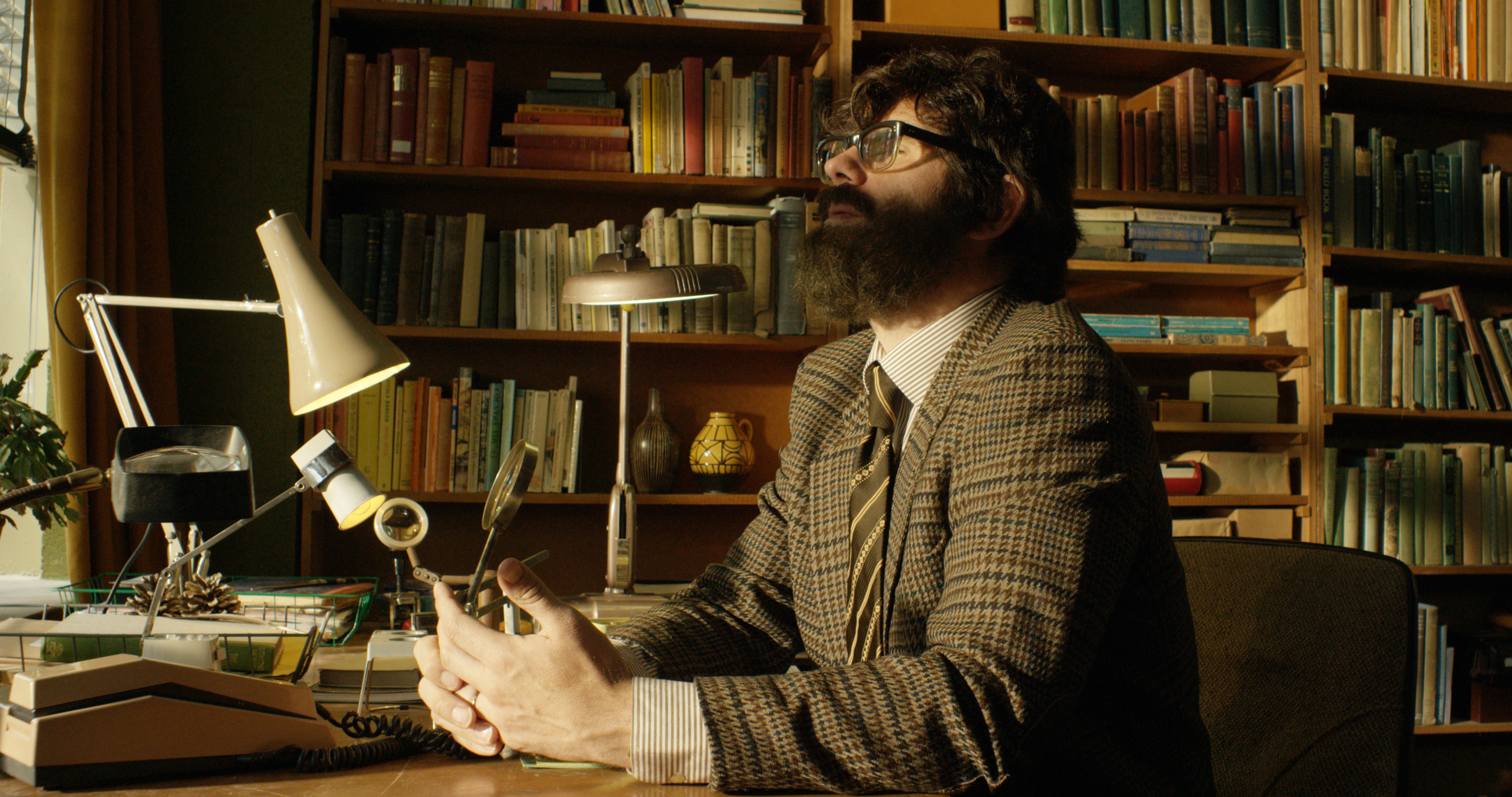 Much like Christ, which Hull as a Christian had written extensively on, Notes on Blindness follows much the same pattern of life, death, and resurrection in some sense, though that comparison is never mentioned, nor would Hull seem to equate his struggles with those of Jesus.  It is a fantastic subtext flowing through the film as he must wrestle with his notion of God’s goodness and the tragic circumstances that have befallen him, especially as he seemingly slips further and further away from his daily connections with his family. 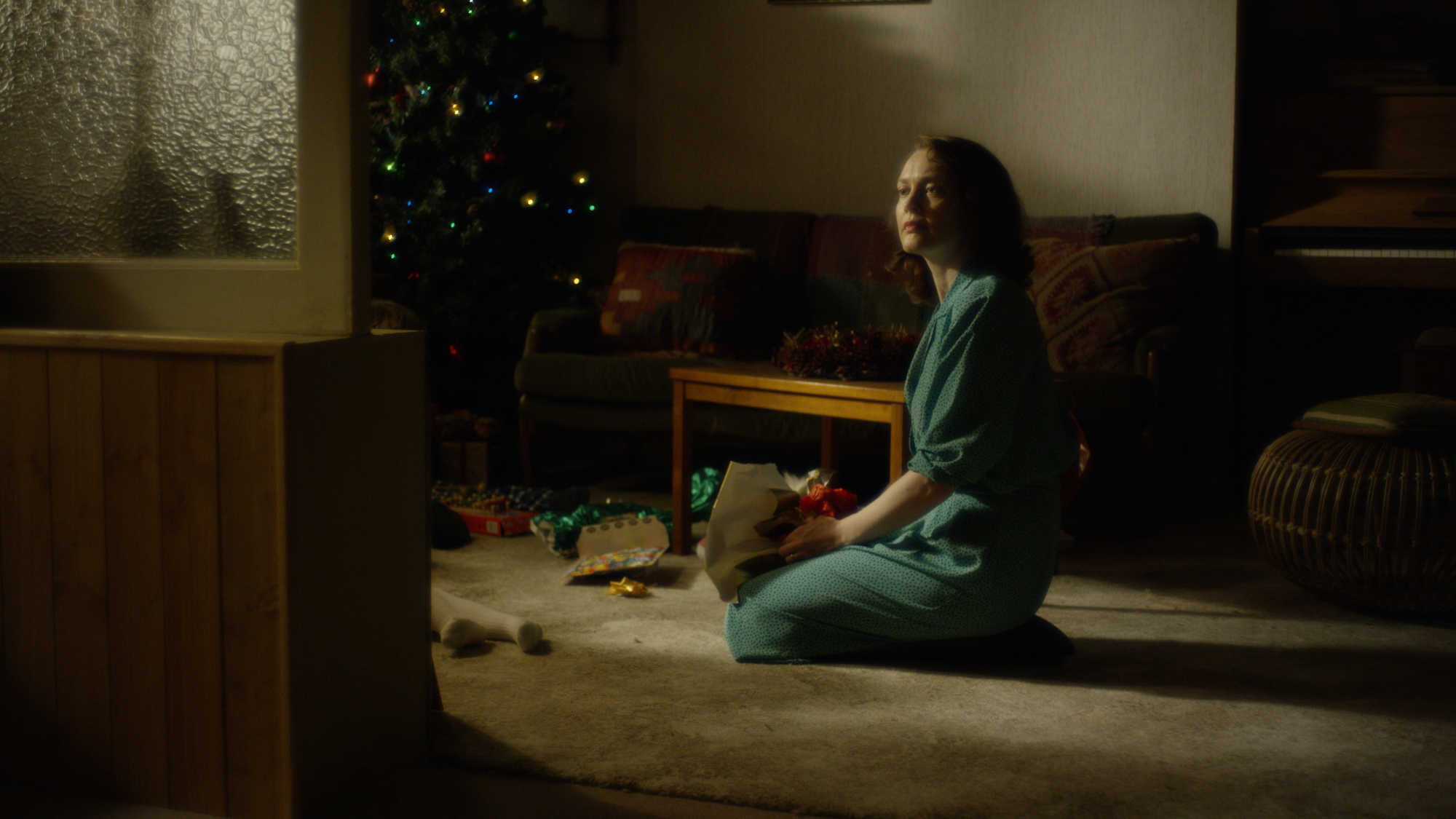 There are moments of humor sprinkled throughout the film as John recounts one of his children asking him why he wore glasses, when he couldn’t see, and the answer he gave them. It is also difficult to see the effect his blindness has on his place in his own family. One such heartbreaking example is his inability to share the joy of one Christmas morning as his children must narrate to him what presents they have opened. The children have begun addressing Mary exclusively, as John can only get a description to the events when he is finally heard pleading for acknowledgment.  We see him upsettingly leaving the room that Christmas morning as we see through this experience how those with sight watching the film cannot comprehend the ways in which his children have learned to only address their Mom, due to Dad’s inability to assist them over the years (with things that require sight), and how that has led to them isolating him more and more, though not out of their own ill intent.  It is a byproduct of the condition, one that pushes John further and further into a dark hole that he may never find the way out of. 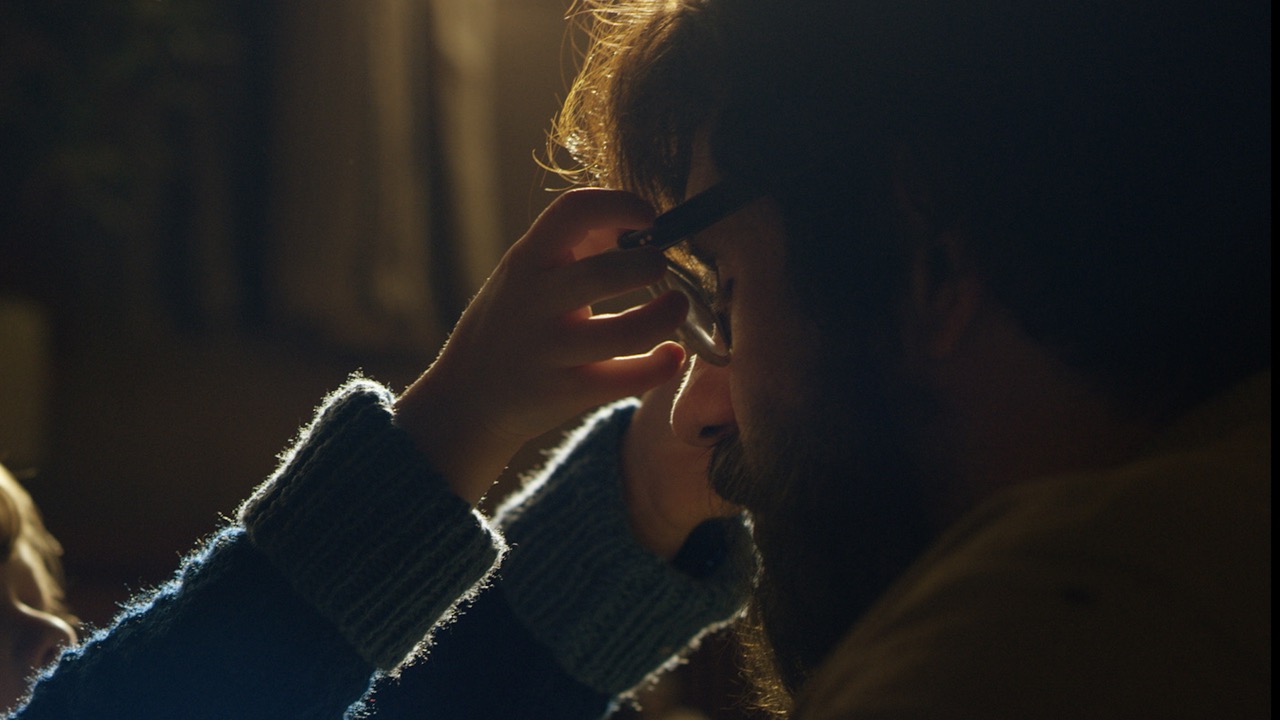 Compounding this isolation, as we learn from John’s description, is that while he could picture his memories vividly when his blindness first came upon him, his “inner eye” is also fading the longer the blindness has settled in, meaning that eventually, even the memories he does have, of his oldest child’s face or the way his wife looked, will eventually be gone, leaving John in a perpetual state of darkness.  Through John’s heartfelt recordings and Dan Renton Skinner and Simone Kirby’s powerful portrayals of John and Mary, we are caused to experience, in a small way, John and Mary’s journey for ourselves.  Despite the initial heartbreaking premise, Notes on Blindness, is surprisingly uplifting and empowering and should be seen by as many people as possible.

Kino Lorber has released this film on DVD and it is presented in English with aspect ratios of 2.35:1, 16×9, with a running time of 90 minutes.  While the short film is not included (a huge miss), they score big with their sound options.  In addition to the standard options of 5.1 surround and 2.0 stereo that contains the original film soundtrack, they also have two other options for those with sight limitations.  The first option is an “audio-described” option in 2.0 stereo that uses a spoken description to relate what is happening visually outside of the dialogue.  The second option is an “Enhanced” option in either 5.1 surround sound, or 2.0 stereo sound, that uses more original narration to tell the story, along with extra sound design and music.  This second option seeks to evoke the action rather than providing a literal description of the film.  The “audio-described” option has a more computer-based voice, but the “Enhanced” version is much more of a natural voice.  Both, however, provide a great opportunity to include more people in the experience. Subtitles are offered in English, and the DVD contains the trailer for the film.