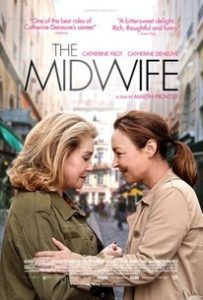 Two of the most gifted actresses in contemporary French cinema come together in director Martin Provost’s tender, low-impact The Midwife, a pleasant drama-comedy about strained family histories and the possibility for personal renewal. Centered on the relationship between two archetypical opposite personalities, straight-laced Claire (Catherine Frot) and louche Béatrice (Catherine Deneuve), the former a midwife and the latter the mistress of her late father who comes barreling back into her life, the film emerges as a gentle portrait of women grappling with their troubled, intersecting pasts while negotiating the unpredictable courses of their futures.

At the start of the film, Claire hardly has time for the unpredictable or unruly. The maternity clinic she works at is facing imminent closure due to financial difficulties, and the revelation that her teenage son’s girlfriend is pregnant with their child takes her discomfitingly off-guard. Her perpetually wearied, beleaguered disposition only softens when she’s in the ward delivering new life into the world. Completely in her element, cool and collected as she consoles brand-new mothers while guiding them through labor, Frot exudes a soothing warmth in these scenes that effectively contrasts with her stern fretfulness in most others. We worry for her well-being when her job is no longer.

Considering her humdrum but precarious routine, the last thing she needs is for her father’s flighty, estranged former mistress to show up and tip things over into chaos. This is exactly what happens when, returning from her graveyard shift, a message on her answering machine from said mistress inquires about setting up a meeting. We learn that Béatrice, the mistress, has recently been diagnosed with a brain tumor, and wants to check in on her beau some 30 years after she walked out on him, an impulsive decision on her part that ended up having dire and unforeseen consequences. 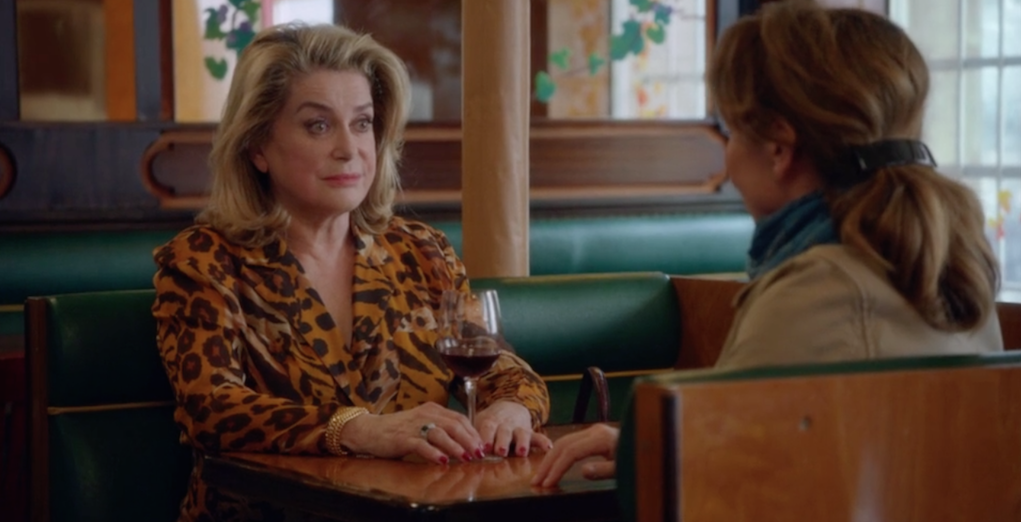 As the hard-living, epicurean Béatrice, Deneuve makes her arrival in a floral robe with a long cigarette dangling from her mouth, instinctively reaching for the whiskey to greet the understandably cautious Claire. Provost succinctly delineates the women, visually and discursively, during their catch-up at a nearby diner: Béatrice wears a leopard-print blouse, Claire a drab raincoat and constricting scarf; Béatrice orders wine, Claire adamantly renounces alcohol. Deneuve’s pleasure in inhabiting this boozy, free-spirited character is perceptible, and her dynamic with Frot’s finicky and austere Claire is shrewdly articulated without feeling trite. Both actresses, making the most of Provost’s nuanced but sometimes pat script, carry the weight of their entwined, turbulent histories and make their evolving relationship feel like an organic process of confrontation and mutual healing.

Legacy and lineage cast long shadows over both women, prompting them to come to terms with their pasts and current circumstances. Claire’s father, an Olympic swimmer, married her mother not out of love but out of duty after learning of her pregnancy, and Claire worries a similar situation is playing out with her son, Simon (Quentin Dolmaire). Béatrice, meanwhile, was a disruptive force then and acts as another one now, a tempest of gambling, drinking, and dubious requests constantly throwing Claire into crisis-management mode. When Béatrice meets Claire’s son, she is astounded by his uncanny resemblance to his grandfather; Deneuve sits back, dazed, conveying the emotional reckoning of a blithely indifferent woman arrested by an image of the past, returned in the flesh. 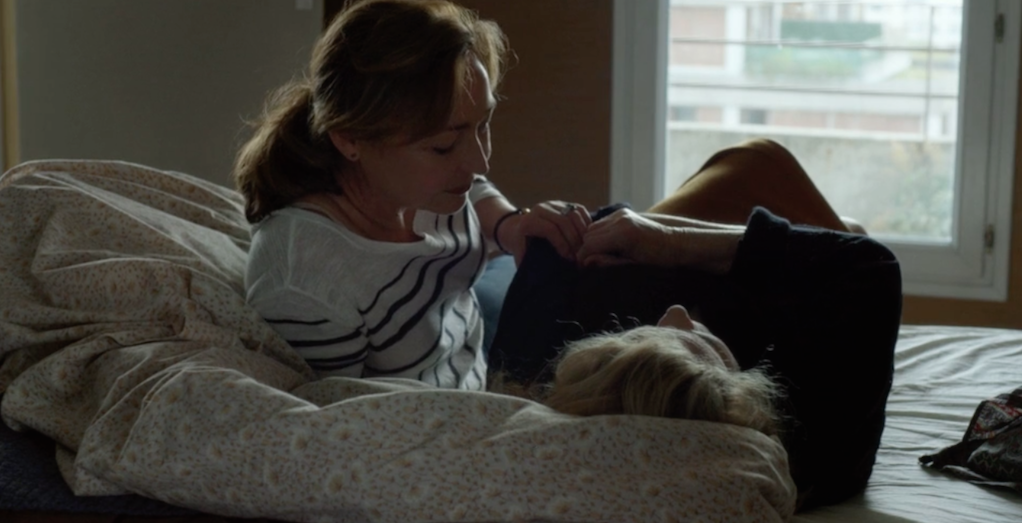 As in basically every odd couple story, we expect the characters to find some measure of solace or at least understanding through their frequently volatile interaction, and Provost does not confound this convention. Neatly halfway through the film, Béatrice’s boisterous imprudence finally rubs off on Claire, who, suddenly struck with moxie, runs over to her admiring neighbor (Olivier Gourmet) and confidently reciprocates his earlier advances. The women’s antipathy, meanwhile, gradually erodes as Claire attends to the health of the ailing Béatrice, becoming a surrogate mother to the woman who more-or-less replaced hers as a child. The scenes between the two actresses in reconciliation mode are as poignant as the ones in which they chafe are lightly caustic. Despite the narrative predictability of their burgeoning friendship and attendant spiritual enrichment, Frot and Deneuve, ever natural and elastic performers, ably lift The Midwife above the banal.

Provost’s unobtrusive directorial hand similarly avoids bland orthodoxy and mawkishness. Although he rarely does much of note aesthetically, preferring to foreground his actors in medium- shot and close-up, his spare and easygoing approach nevertheless confers an unfussy naturalism on the film that jibes with its gentle, nonjudgmental perspective. Instead of wringing his material for melodrama – not a difficult route to imagine considering its topics of illness, infidelity, and familial discord – Provost keeps a restrained touch, focusing on minor but significant fluctuations in temperament rather than strident upheavals. It may not be an essential feature in either Catherine Frot’s or Catherine Deneuve’s storied careers, but The Midwife provides the actresses a touching pas de deux that serves their talents well.