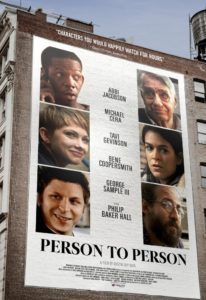 You can’t know every person’s story on a lonely fall day in New York City, but Person to Person gets credit for trying its darndest.

On one side of town, record collector Benny (Bene Coopersmith) is hunting down classic Charlie Parker vinyl, and his friend Ray (George Sample III) struggles to get off the couch he’s been crashing on since a recent fight with his ex. On another, Wendy (Tavi Gevinson) skips school with her friend Melanie (Olivia Luccardi) and ends up in an awkward situation with their classmates. Meanwhile, New York News reporters Phil (Michael Cera) and Claire (Abbi Jacobson) trek street after street to sniff out the story behind a dead man, his widow (Michaela Watkins), and a watch repairman (Philip Baker Hall).

Person to Person is a deeply humanist study of the unspoken social contracts that bind us with others and dictate our behavior. Everyone’s foibles are on full display, but everyone is sympathetic. Everyone is someone else’s antagonist at some point, but everyone is the protagonist of their own life. Above all, everyone is looking to grasp someone who will pull them out of their isolation as they travel between one-on-one interactions.

These profiles focus on people we know, perhaps even ourselves.

These stories live in the mundanities of the everyday: Riding the commute, getting coffee, answering the phone, making small talk before getting to what they really want to say. While the 16mm photography captures warmth in these scenes, the camera remains a detached observer, like a voyeuristic documentarian no one in the film is aware of. It meanders in and out of the events of the day for each character, reading more like a magazine of short profiles than a narrative novel. 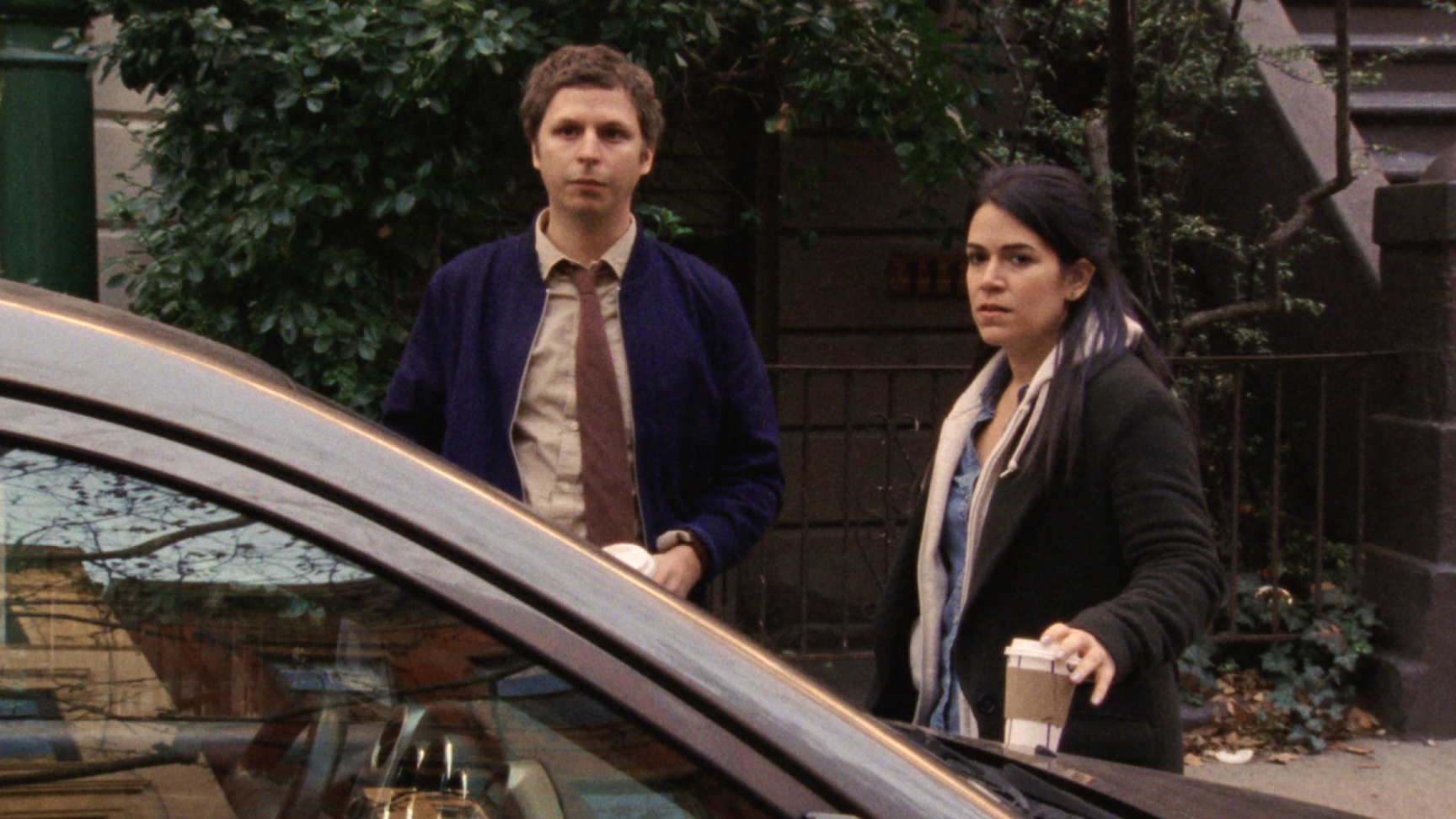 These profiles focus on people we know, perhaps even ourselves. Like Claire, we’ve been intimidated on the first day of the job. Like Wendy, we’ve felt like outsiders in a group of supposed friends. And like each of our NYC residents, we’ve searched for authenticity in the people around us.

Some viewers might expect these stories to interweave in the style of Garry Marshall’s Valentine’s Day, in which we followed the interconnected love stories of over a dozen A-list stars in Los Angeles on the most romantic day of the year. Here, the uniting theme is not a holiday, but personhood, and it’s the only overlap between some of our actors. That storytelling method might create a distinct style, but it doesn’t drive urgency. Because of its observational approach, character goals are often unclear. Each moment is full of detail, but stepping back doesn’t reveal a comprehensible larger picture. 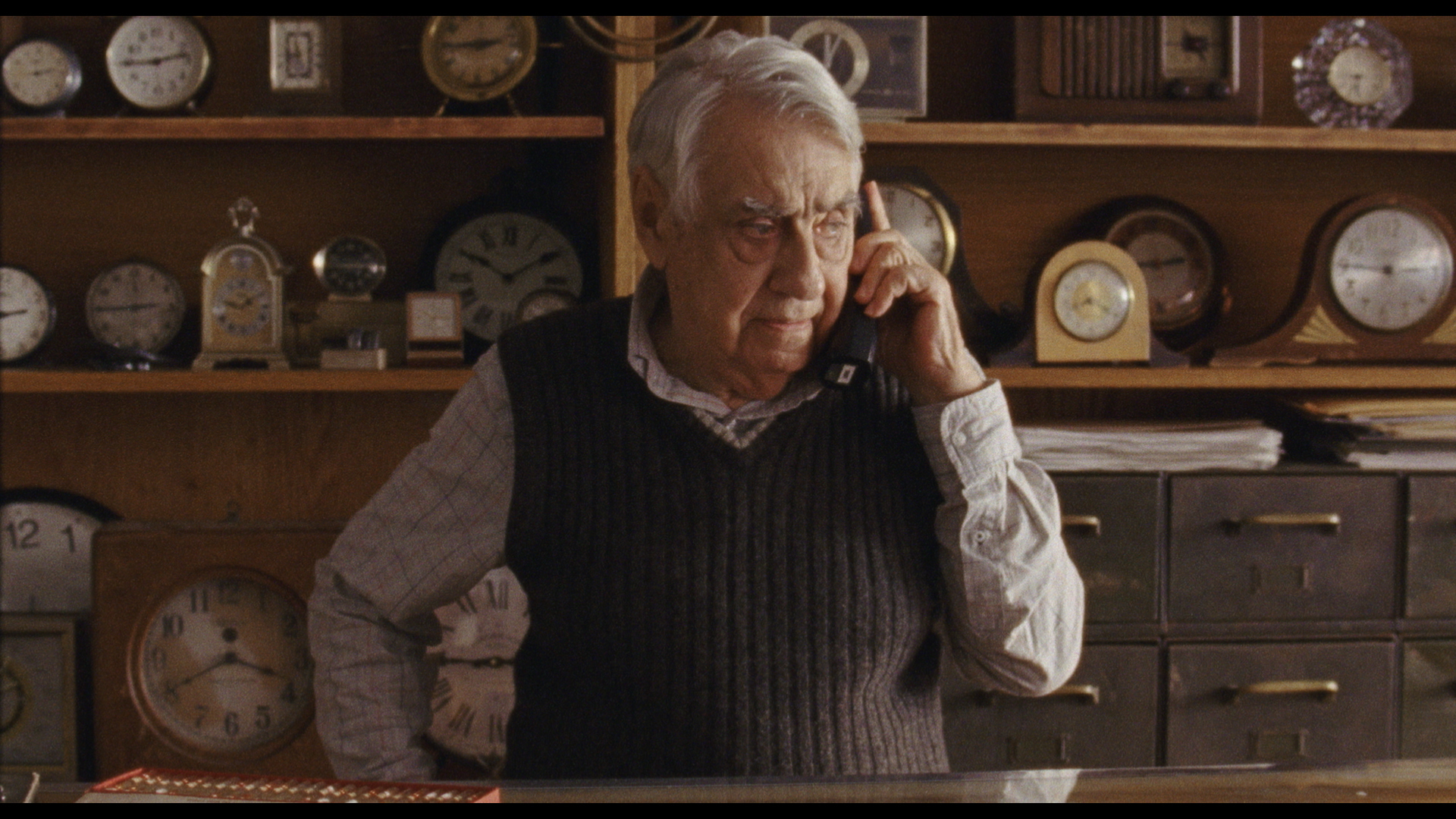 This isn’t necessarily a flaw as much as a function, but between that and the sometimes (maybe intentionally?) stilted dialogue, the style is not the most inviting to the casual moviegoer. But watching ourselves look for meaning from person to person? It’s an interesting—and worthwhile—meditation.