In This Web of Deceit, James Coburn is King 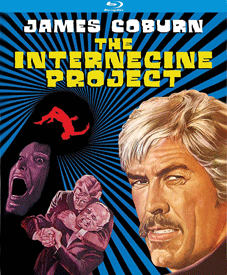 James Coburn was surely one of the hardest working men in show business in his time.   A reliable screen tough guy – good or bad – Coburn worked non-stop in television and film for 45 years.  He appeared in some truly timeless movies like The Magnificent Seven and The Great Escape (appearing in both alongside Steve McQueen, who along with Coburn epitomized lean, unflappable 60s & 70s cool),  and his voice is still known to many children from his work as Henry J. Waternoose in Monster’s Inc., one of his last roles before his death in 2002.

If you do as many films as James Coburn did, they’re not all going to be well remembered classics.  Most films, after all, are forgettable.  We remember the best and the very worst, and the middling movies disappear into the ether.

It’s an opportunity to see the James Coburn in his prime; lanky, weathered, wary – in service of a taut, intricate suspense narrative.  You could do much, much worse in your movie viewing than to give this espionage thriller a chance. 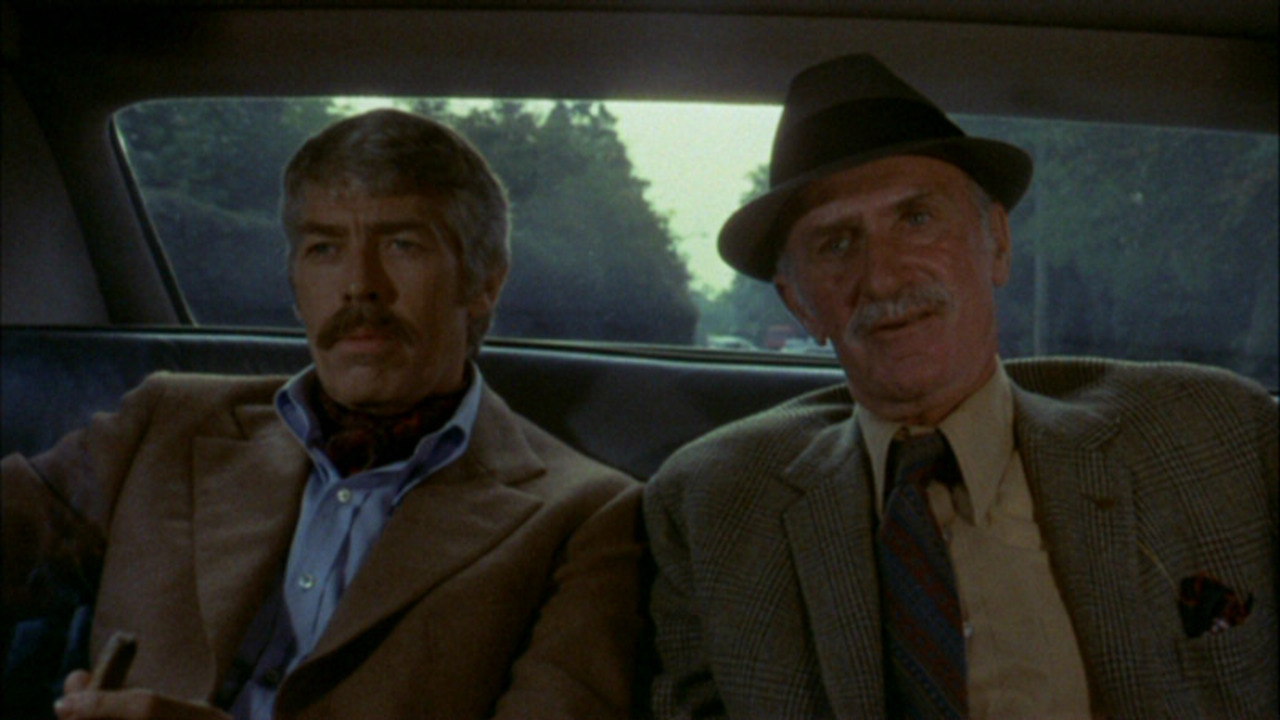 Kino Lorber Studio Classics is doing movie lovers a service in retrieving movies like The Internecine Project from the abyss.  No, it’s not a masterpiece, but it’s a solid little film, better than many new releases I saw in 2016.  What’s more, it’s an opportunity to see James Coburn in his prime; lanky, weathered, wary – in service of a taut suspense narrative.  You could do much, much worse in your movie viewing than to give this espionage thriller a chance.

Robert Eliot (James Coburn) is an American secret agent stationed in London.  When a government insider (played by Keenan Wynn) offers him a position as a White House advisor, both men agree that Eliot will have to eliminate the other agents in his cell in order to keep his past firmly in the past.  Eliot has four colleagues in London and rather than do the dirty work himself, he crafts an intricate plot to have them kill each other.  It’s a clever conceit for a movie, and the means and methods are plausibly laid out in the script.  The real meat in The Internecine Project is simply seeing if Eliot’s plan will go off without a hitch.  I won’t spoil the movie by telling you whether or not it does, but I will mention that one truly jarring murder takes place that gives lie to the movie’s PG rating. 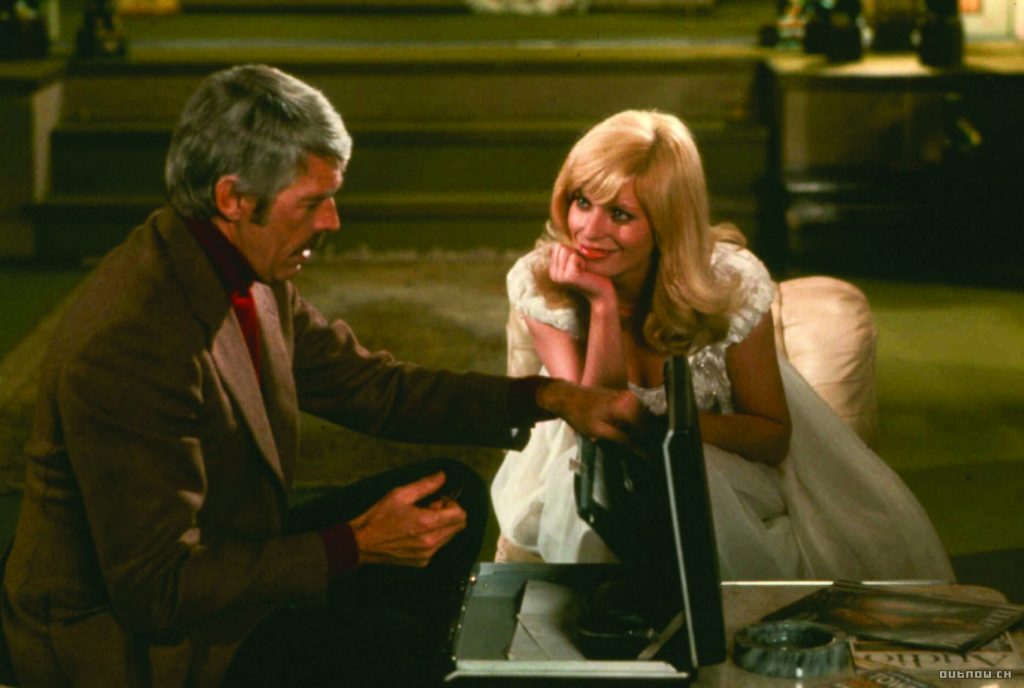 There is a subplot involving Eliot’s relationship with an American journalist, Jean Robertson (Lee Grant). She’s assigned to cover Eliot and knows that he’s involved in something dirty, but let’s just say that her journalistic ethics are hopelessly compromised.  There are cringe worthy moments between the two leads, such as Eliot’s complaint that “There’s nothing that drives me up the wall more than crusading lady journalists” and his wish that women truly had equal rights so that he could punch Jean in the nose.  I would say that The Internecine Project reminds us how far we’ve come in gender relations, but I’m not that optimistic about the present.  It is, at the very least, a reminder of a time when sexism on the screen was far more taken for granted.  Grant is pretty, but helpless against Eliot’s charms.  You can groan at that element in  The Internecine Project and still appreciate the audacity of Eliot’s plot against his collaborators, and the strong group of British character actors playing the intended victims/perpetrators.  Note especially Ian Hendry, well known for Repulsion, and the lantern jawed Harry Andrews (The Ruling Class, The Agony and the Ecstasy, Moby Dick).

About the title…it pays to enrich your word power, and The Internecine Project compelled me to do so.  “Interenecine” describes conflict within an organization – the sort of mutually assured destruction that Eliot sets in motion.  The only question is whether he can pull it off and get away with it.

In Kino Lorber’s new Blu-Ray release, The Internecine Project retains a grainy look that suits that time period and the corruption of almost every character.  Special features include an interview with screenwriter Jonathon Lynn (who co-wrote with then up-and-comer Barry Levinson) and trailers for three other almost forgotten movies of the era, including another Coburn film, Harry in Your Pocket, that looks like a must-see.