Film Review: KEEPING UP WITH THE JONESES 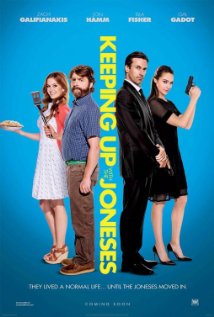 “Keeping Up With the Joneses” isn’t all its cracked up to be.  No, I’m not referring to the worn out idiom of trying to use one’s neighbors as a benchmark for one’s success through the accumulation of wealth to stay on par with those same neighbors.  Instead, I’m speaking about the latest film, Keeping Up With The Joneses, starring Zach Galifianakis, Isla Fisher, Jon Hamm, and Gal Gadot.

Galifianakis and Fisher play Jeff and Karen Gaffney.  They are two suburbanites who have just shipped their kids off to summer camp.  The new neighborhood buzz is about the latest house on their all-too-quiet suburban cul-de-sac that has recently been purchased by a mystery couple who bought it without even seeing it.  Of course, once they arrive, the whole neighborhood turns out.

Enter Tim (Hamm) and Natalie (Gadot) Jones.   They are the perfect couple from their model-level good looks, to their jobs as cooking and traveling bloggers with oh-so-cute displays of affection that make Jeff and Karen envious.  Soon the Gaffneys are trying their hardest to “keep up with the Joneses”, even when they suspect that this dream couple might not be all they appear to be.

The good news is that I don’t think we will have to worry about a sequel, though I wouldn’t mind seeing a different sort of film with Jon Hamm and Gal Gadot paired up as they had good chemistry together and certainly elevated this material. 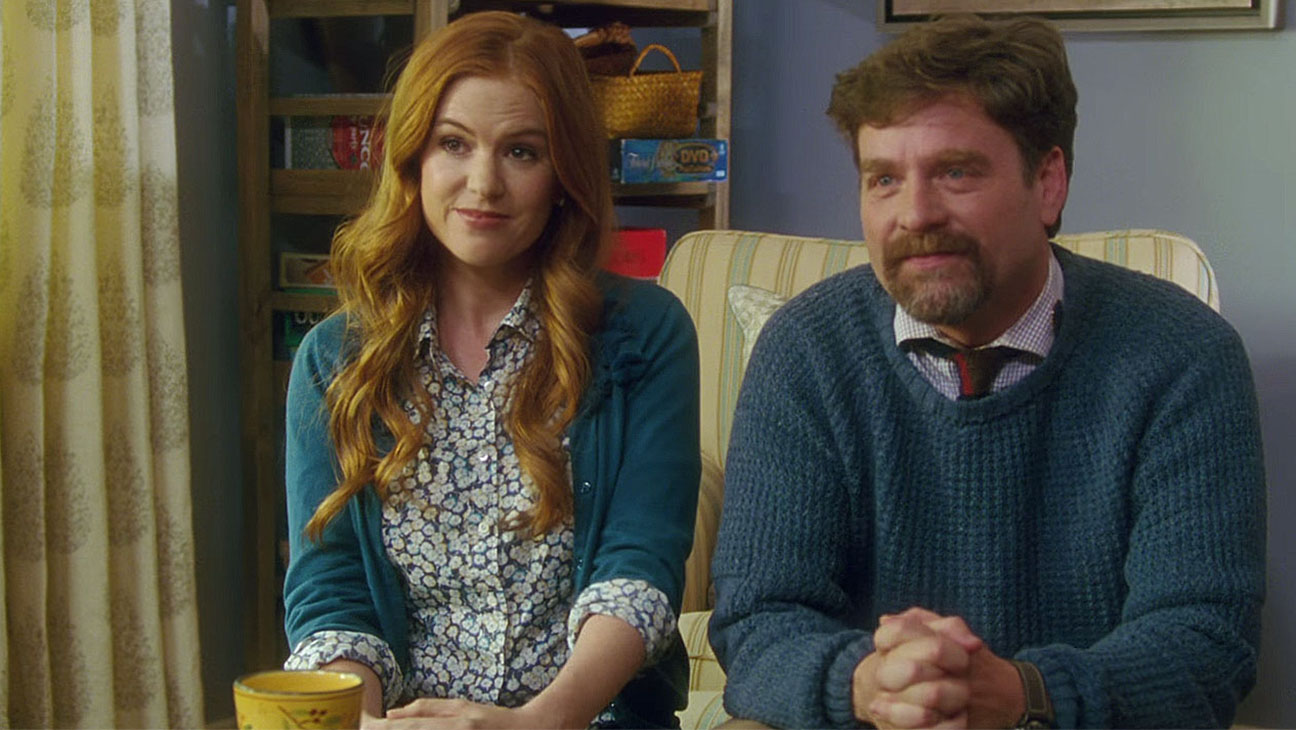 The film itself is harmless enough.  There are enough funny moments to keep things moving, but there is nothing witty, or even original about the overall premise.  And it seems that Zach Galifianakis is finding himself all too often playing the innocent straight man in very shallow comedies.  Think of him in The Campaign, as a close example of his buttoned-up Ned Flanders persona, and you get the idea.  He is even boring at work, as a human resources manager at a large tech firm.  Fisher has done better, and I’m not sure she made the right choice leaving the Now You See Me sequel to do this.  Her interactions with Gal Gadot are funny at times, but nothing else really stands out from this role for her.

Jon Hamm and Gal Gadot are the main reason to see this film, if you must.  Hamm, who is better known for his suave ladies-man persona in Mad Men, and Gadot who is known from The Fast and the Furious series and now as Wonder Woman, play against type and show that they have some decent comedic chops when working in an ensemble cast.  Oddly, Hamm is playing the straight-man to Galifianakis’ straight-man, which sort of works given that he is really an undercover spy trying to play it straight.  Gadot has a role that allows her to show off her former real-life roles as both a supermodel, and member of Israel’s IDF, even incorporating a spy joke about whether or not she was ever in the Mossad, Israel’s intelligence agency. 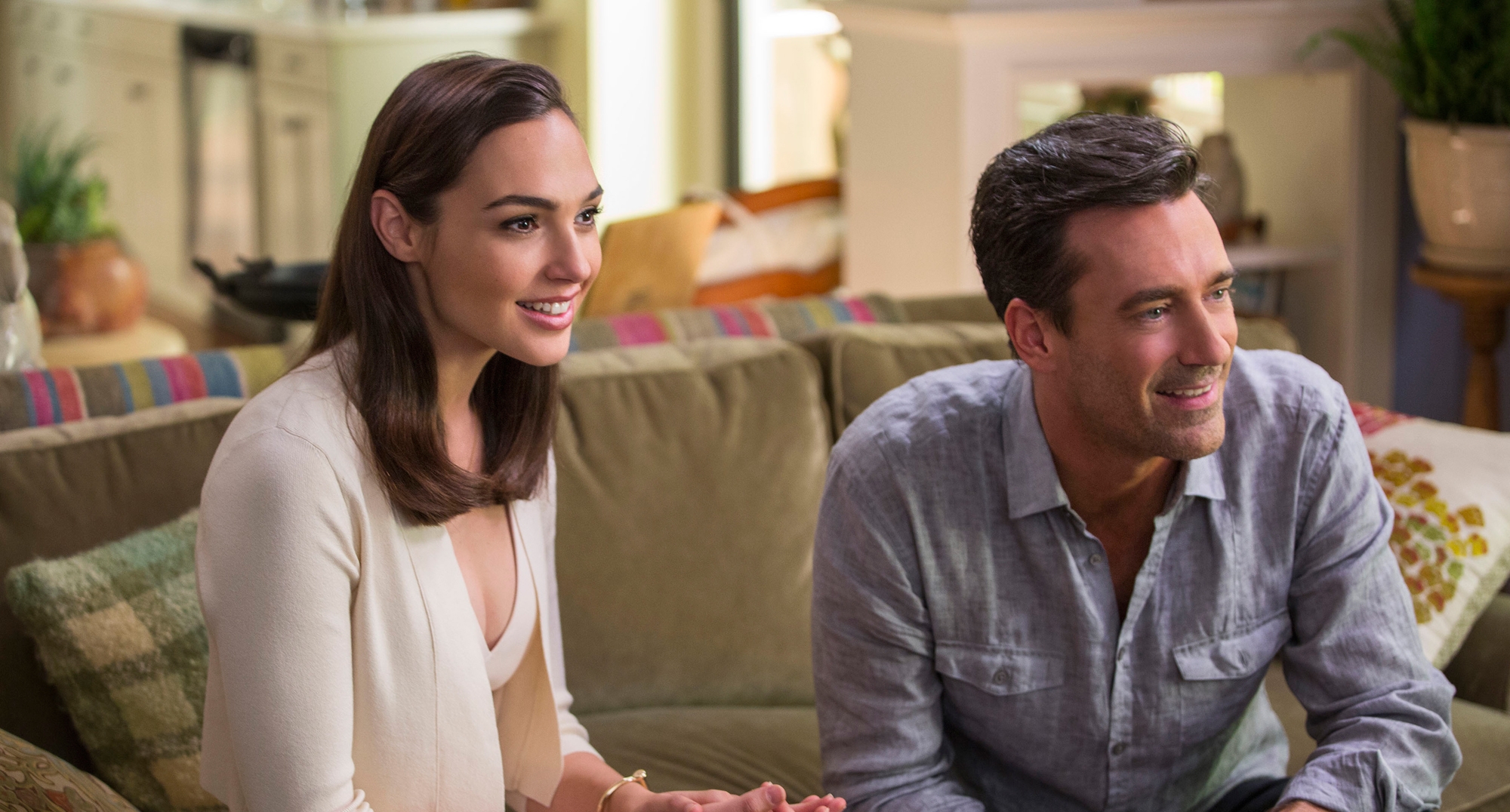 The plot is not at all original, and the funniest bits are found in the trailer.  The jokes and gags that work land pretty well, but the rest don’t illicit much of a response.  Even Patton Oswalt showing up later in the film, doesn’t really add any kind of punch.  He did better work in his recent Weird Al videos.

Director Greg Mottola plays it way too safe given his cast and the potential to include lots more action.  The idea of suburbanites getting to experience the thrill of spy-life as a means to spark what was missing in their own life was done so much better by James Cameron’s True Lies 22 years ago, that this version felt very dated by comparison.  There is a funnier movie in this film, but more of this conflict of boring suburbia vs. thrilling international crime syndicate would need to be played out for it to work.  When the Gaffney’s were in the dark about their neighbors, the film worked so much better because of the tension that this brought when they’d run into the Joneses out and about, or after stalking them.  Once the truth was known, the rest of the film sort of deflated before it could reach the end.

The good news is that I don’t think we will have to worry about a sequel, though I wouldn’t mind seeing a different sort of film with Jon Hamm and Gal Gadot paired up as they had good chemistry together and certainly elevated this material.  Zach, at this point, should strive to do better comedies and I think more serious roles like Birdman, where he used his comedic styling to compliment the larger story, instead of trying to carry it.