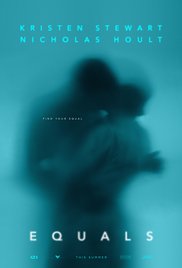 Drake Doremus follows up his previous effort, Like Crazy, with this futuristic utopian story where human emotion has been inhibited so as to end the things that almost caused the human race to be wiped out.  Anger, love, sadness, depression, and the like have been scrubbed clean from the human experience so that everyone is as productive as they can be without all of the worry that such emotion brings with it.

Those who deviate from this society’s norms are tested for S.O.S., or Switched-on Syndrome, a non-contagious disease.  While there is no cure, this society, called The Collective, is able to observe and diagnose its stages (Stages 1-4).  Those with milder symptoms are simply medicated, but eventually one will progress to Stage 4 where they will be moved to a facility called D.E.N., where 50% of those with Stage 4 commit suicide, which is encouraged by the staff so that those with S.O.S. no longer need suffer.

Nicholas Hoult (X-Men: Apocalypse, About a Boy) is Silas, an artist for a magazine that researches and publishes articles about space exploration.  The Collective is obsessed with learning all they can about where they came from and what their purpose is by exploring the celestial skies.  Silas’ day consists of logging in to his work station and illustrating concepts put forth by the text department.  One of those with whom he works is Nia, played by Kristen Stewart (Clouds of Sils Maria, Café Society, Twilight). 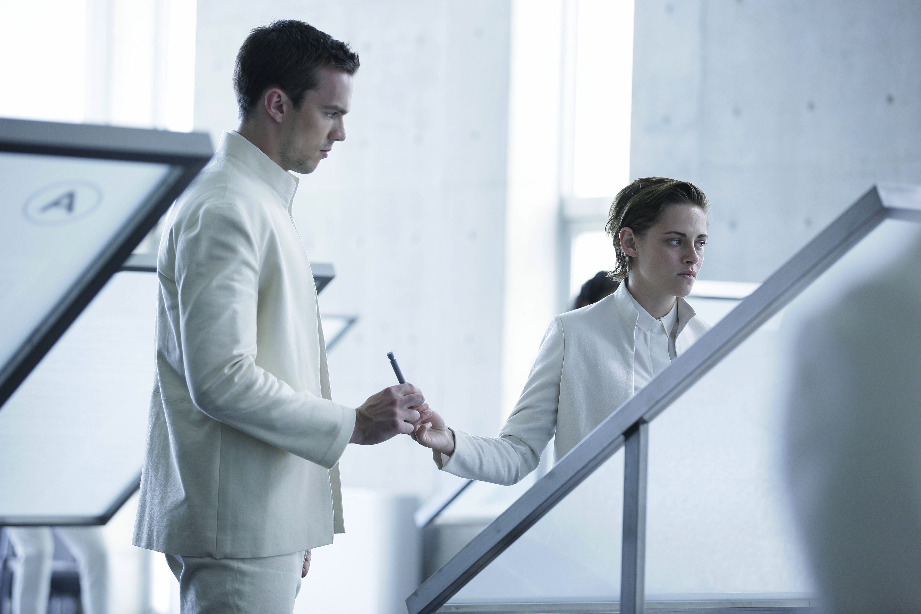 Silas begins to take notice of Nia, and begins to detect that she might be experiencing some of these forbidden emotions, as he is.  As he begins to follow her, he finds that he might not be able to control the things that he is feeling, putting both he and Nia in conflict with the utopian world they live among.

The film, on the whole, suffers from a little too much of the sterilization that permeates the main thrust of this futuristic society.  It is never able to fully break out of the melancholy blasé that makes this false utopian society any different than the many that we’ve seen on screen before it.

Director Drake Doremus creates a very sterile and cold world for Equals.  His use of blue lighting permeates each of these scenes with touches of red and yellow occasionally making their presence known as Silas and Nia begin allowing themselves to truly feel the emotions that have been suppressed. 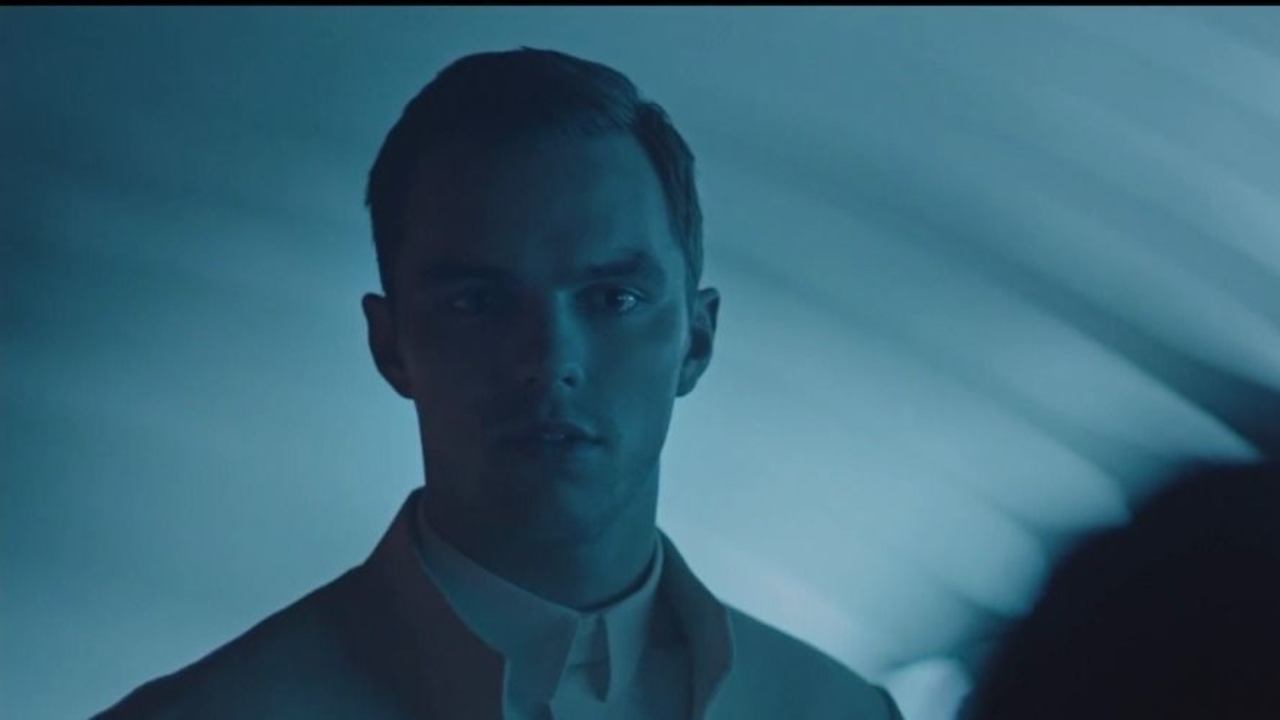 The story is slow and methodical, and its pacing may be an issue, especially with teenagers, in how it will be accepted at the box office.  Despite this, Nicholas Hoult is effective in how restrained he is and the beginning of this story, and how naturally he journey’s throughout the narrative into a person who is experiencing and feeling emotions he has never known before.

Kristen Stewart is also effective, though she continues to choose roles that play into her perceived stereotype as an actress that very rarely illicits any facial emotions on screen.  To a point, this description holds true, though it is more fitting in this type of futuristic utopia.  While Ms. Stewart has done a good job of choosing interesting projects, and working with strong casts and directors following her Snow White and the Huntsman scandal, she has not truly chosen a role that would surprise people or make them re-think their opinion of her as an emotionless individual.  Equals will do little to change that perception, I’m afraid, though it is clear through her more recent work that she is growing as an actress.  Her portrayal is effective here, it just does nothing to change the narrative for her.

Equals also features some welcome support roles through the great talents of Guy Pearce (Momento, The Rover, Iron Man 3) and Jacki Weaver (Silver Linings Playbook, Stoker).  They do not have very large roles, unfortunately for the viewer, as they made the premise much more interesting when they were on screen. 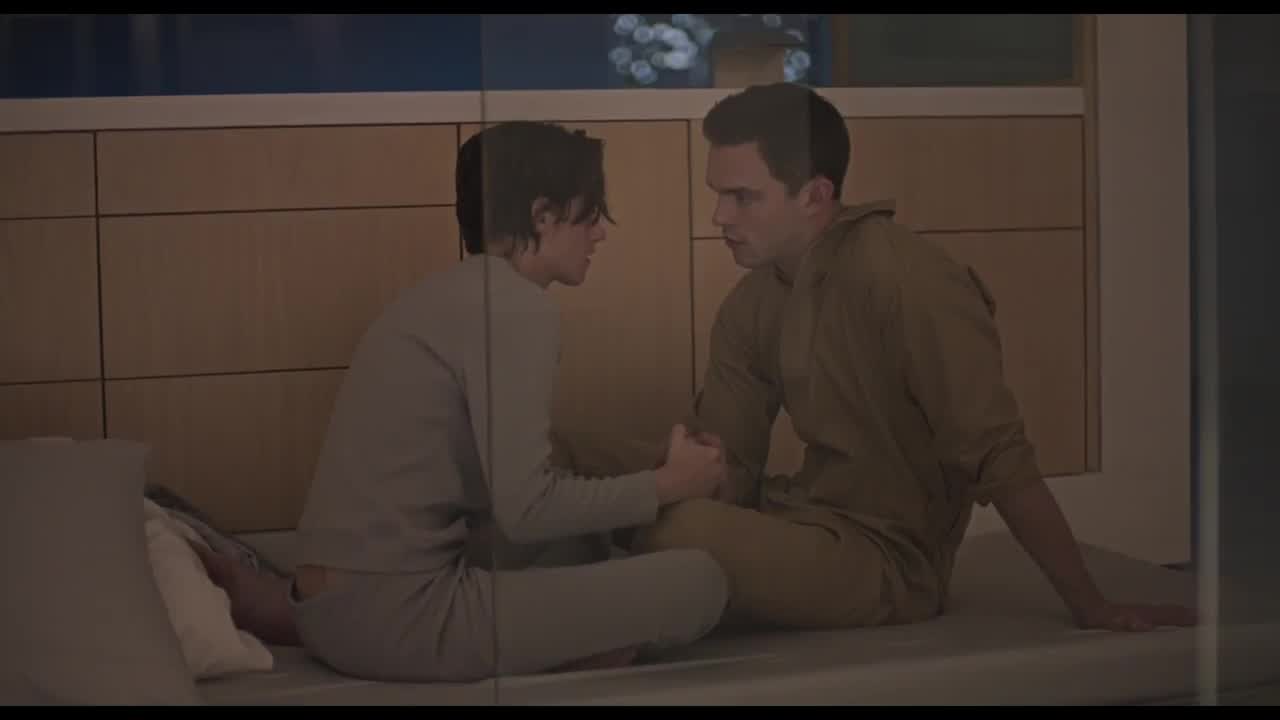 The film, on the whole, suffers from a little too much of the sterilization that permeates the main thrust of this futuristic society.  It is never able to fully break out of the melancholy blasé that makes this false utopian society any different than the many that we’ve seen on screen before it.  So while it is competent, and features an interesting premise, and boasts a strong cast, it will be in the end largely forgettable. Or perhaps it’s just that those watching it will be exhibiting the desired emotional balance that The Collective champions in this futuristic culture.  Unfortunately, it is the exact opposite reaction that  studio A24 and DirectTV would want in their joint distribution agreement to offer this via DirectTV’s platform first before releasing the film in select theaters shortly after.

In the end, the film strays a bit towards Romeo & Juliet territory without fully committing to the star-crossed lovers motif.  While it is an interesting variation on the science fiction genre, it is not nearly as effective a departure from the norm that Hoult’s previous film, Warm Bodies, was for zombie films.  In a world where emotions, or the lack of them makes us Equals, you may find yourself equally in the same state-of-mind as the rest of us after the credits role: emotionless. 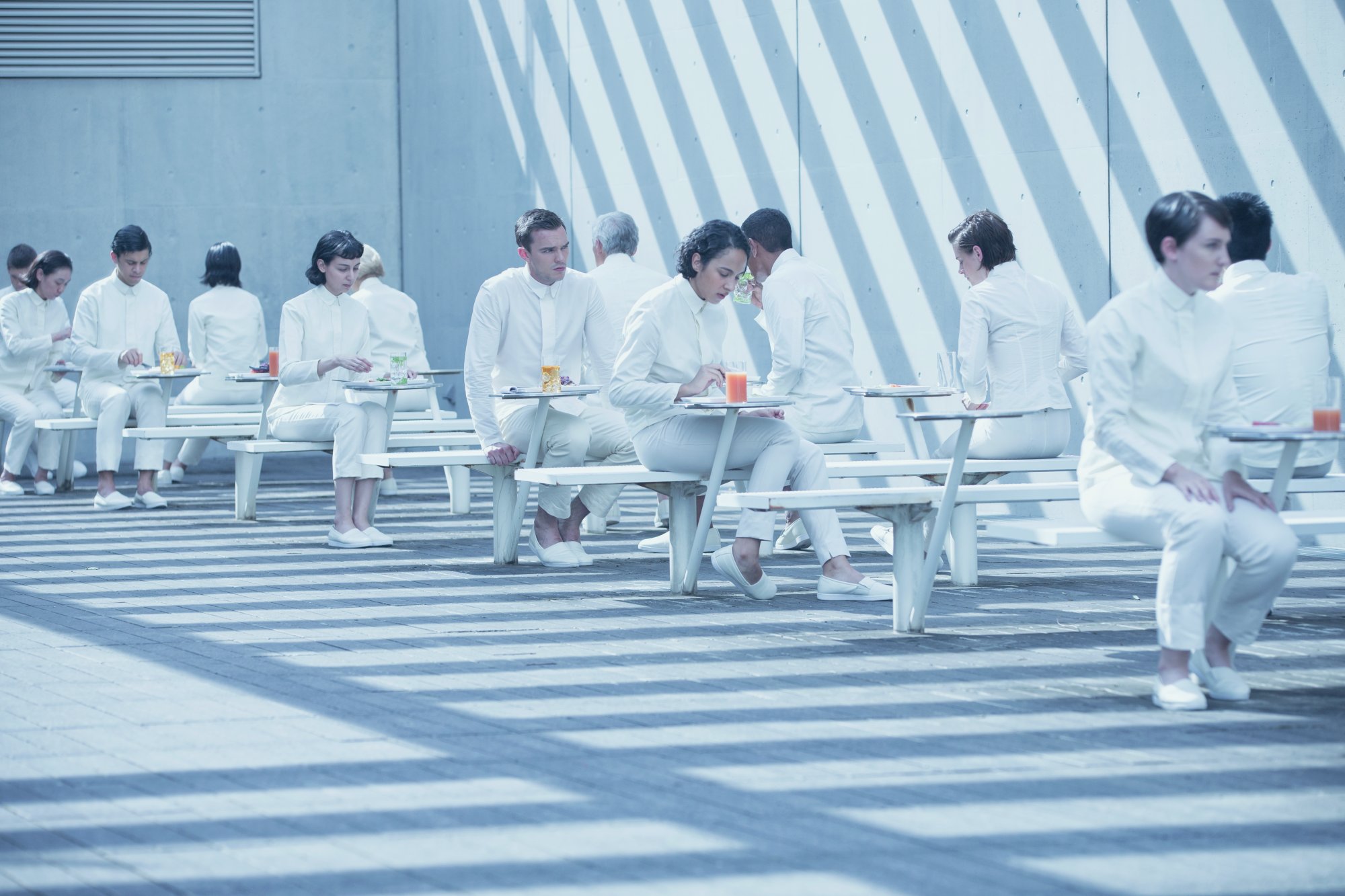