Superheroes Serve “Hamburgers For The Apocalypse” 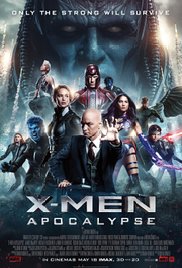 In Cameron Crowe’s love letter to rock n’ roll, Almost Famous, a die-hard David Bowie fan laments that David’s latest (in 1973) is just “mass media. It’s hamburgers for the apocalypse”-giving a scathing review of the trend of rock n’ roll at the time that it is just being made for mass consumption before the ultimate end of the whole industry takes place.  This could easily be said of Bryan Singer’s X-Men series.

Early in the latest film of the series, X-Men: Apocalypse, young mutants Cyclops, Jean Grey, and some friends go to see Return of the Jedi in the theaters, in this 1983 based story.  They come out discussing how Empire Strikes Back is still the best with Jean Grey commenting “the third one is always the worst”.  While this is clearly a diss on the third film of Singer’s original X-Men trilogy in which Brett Ratner took over directing duties so Singer could go and bomb, in his Superman Returns reboot, it is really a sentiment that really could boomerang back to apply to this latest film.

Apocalypse is the 3rd film with the “new” cast that began in Matthew Vaughn’s X-Men: First Class(which Singer produced) before Singer took over directing duties with X-Men: Days of Future Past.  Days of Future Past brought back Wolverine (who was missing from First Class save one brief cameo) and much of the original cast and mixed them with the “new” cast from First Class to straighten out the timeline in the series and to basically erase the events in X-Men: The Last Stand which nearly sank the franchise for good. 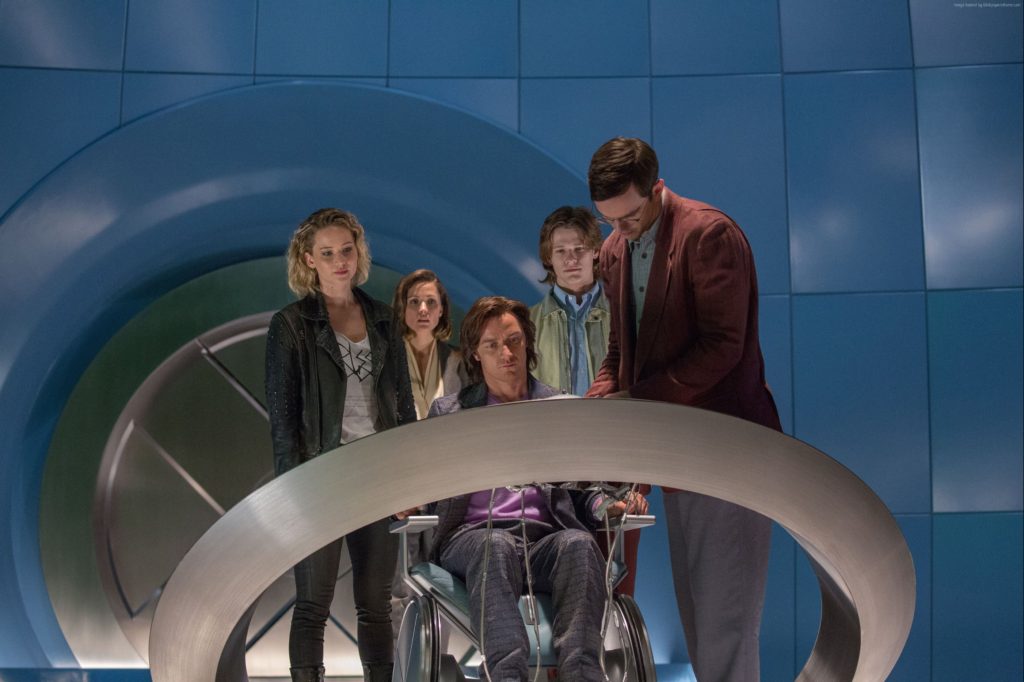 What ultimately sinks this latest installment is that it has traded in its strong, interpersonal stories between the various mutants, and created a mass media driven story where computer-generated effects, destruction, and violence have replaced the very heart of the franchise.

Despite 5 films with these iconic characters, I honestly had no connection to any of them in this one.  A loosely built story is created to bridge the events of both First Class and Days of Future Past for those who are still new to this franchise, but nothing in a way that pulls you into this ongoing story.

Eric Lehnsherr/Magneto (Michael Fassbender), has settled down and gone into hiding following the events of Days of Future Past.   Meanwhile, his true friend and sometimes enemy, Charles Xavier/Prof. X (James McAvoy) continues to run his school for the gifted.  This includes many younger versions of mutants from the original trilogy like Cyclops (Tye Sheridan), Jean Grey (Sophie Turner), as well as Hank McCoy/Beast (Nicholas Hoult), and even the prodigal herself, Raven/Mystique (Jennifer Lawrence). Mystique is back, with a young Kurt Wagner/Nightcrawler (Kodi Smit-McPhee), to warn Charles that Magneto is wanting vengeance for an attack on his family.  Ultimately this won’t matter. Neither will bringing back Charles Xavier’s love interest from First Class, Moira MacTaggart (Rose Byrne), or trying to trade on past bad-guy Col. William Stryker (Josh Helman). 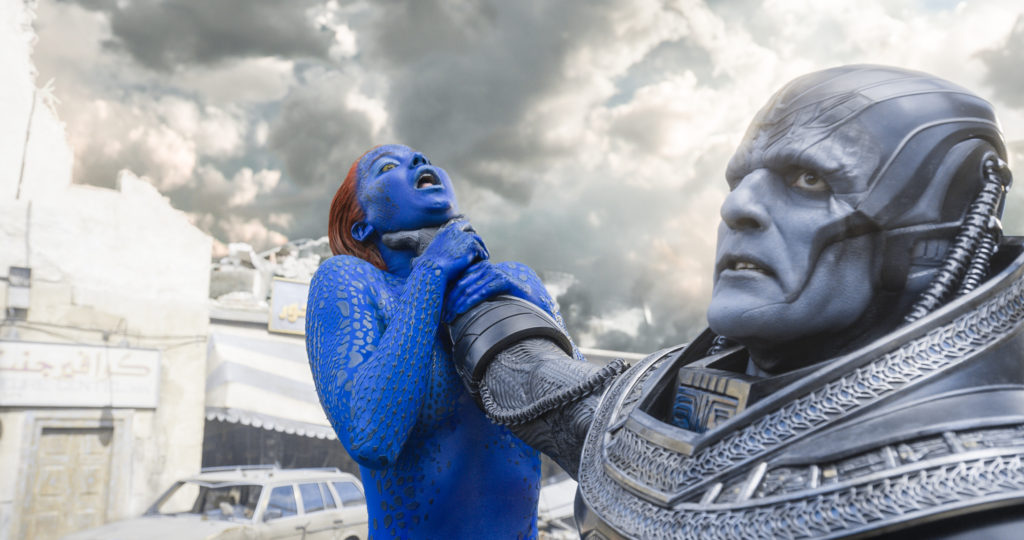 The film’s main antagonist is the ancient, and perhaps the original mutant, En Sabah Nur/Apocalypse (Oscar Isaac), who has awoken thousands of years after transferring his mind into a new body during the reign of ancient Egypt.  Having been rendered asleep for these thousands of years, Apocalypse is ready to undo the “progress” mankind has made in his absence and to once again subjugate the world to his reign.  As is customary to the legend of this ancient being, he surrounds himself with 4 “horseman”, or mutants, whom he bestows great power upon and they in return defend him and serve him.  He puts a young Storm (Alexandra Shipp), Psylocke (Olivia Munn), Angel (Ben Hardy), and Magneto into these 4 roles and then seeks to gather Prof. X and his team to do his ultimate bidding to destroy the world.

The cast, and the special effects are top notch, with the effects being so far beyond what existed in the original X-Men film from 2000, which more or less launched the current Superhero wave of films. Despite this, it is a total bore.  Peter Maximoff/Quicksilver  (Evan Peters) tries to rehash his fantastically fun “Time in a Bottle” sequence from Days of Future Past, only this time its the Eurythmics’ “Sweet Dreams…” because, hey….its the 1980’s!!!  It is not as fun the 2nd time around.

Apocalypse is certainly a formidable foe, and Oscar Isaac does his best to make him menacing, but it just has a “been there, done this before” sort of feel.  There’s another bad guy, the world needs saving, we need to put our differences aside, blah blah blah.  Even Jennifer Lawrence provides no spark as she seems very uninspired lately in her franchise roles of Hunger Games and X-Men.  The only spark in the film is a small cameo scene with everyone’s favorite mutant, that is way more violent than previous X-Men films, and is inserted as a preview of what we can expect with the new Rated-R version of Wolverine that will be coming soon. 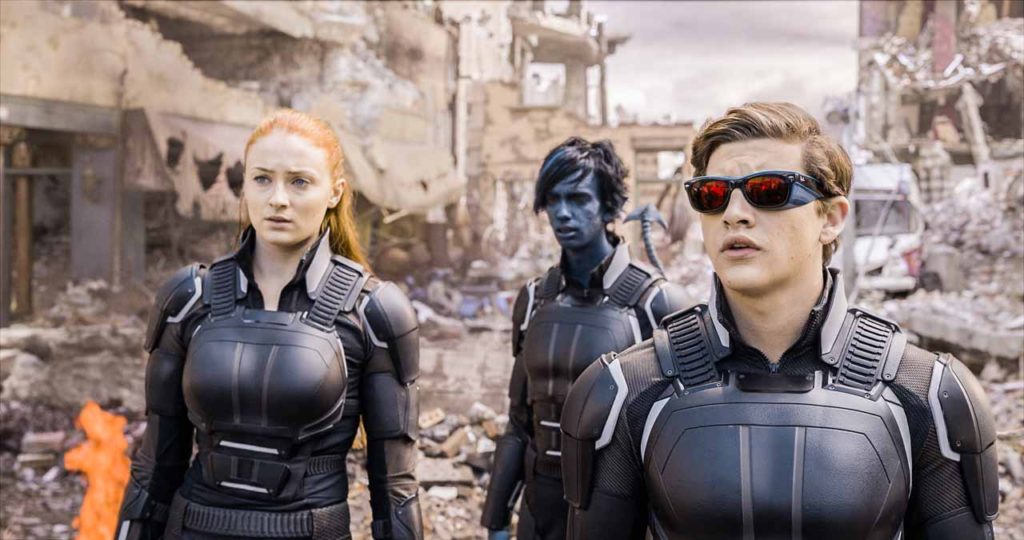 When watching Apocalypse, be ready for 2 1/2 hours of X-Men doldrums despite the constant destruction popping all over the screen.  Coming fresh on the heels of Marvel’s over 2 1/2 hour Captain America: Civil War, makes this film seem even longer, especially given at how brisk a pace Civil War moved at.  While both of these films come from the Marvel family, X-Men: Apocalypse is 20th Century Fox’s property and they aren’t wanting to play nice with Disney’s Marvel Studios.  It doesn’t really matter as Capt. America will have no trouble dispatching this version of the X-Men from the top of the box office.

So while Bryan Singer throws some shade at Brett Ratner for having a terrible outing in X-Men: The Last Stand, it seems that Ratner is rubber, and Singer is glue, because that criticism bounced off of one and stuck to them true (had to rhyme that somehow).  The third film is always the worst we were told, and here that holds up.  Singer, in an attempt to go big, has really done what Ratner was criticized for, namely juggling too many characters, trying to do to much with the action, and just trying to move the narrative with the action, rather than through the character development and story.  Singer and Ratner, in the third film of each of these trilogies, have both sought to appeal to the masses, and each have ended up serving hamburgers for the apocalypse.  The X-Men’s Days of having a future, may have already passed…but we know better.  On to the sequel!