A Slice of Brazilian Life, Now On DVD

The term “second mother” in the new Brazilian film of the same title, The Second Mother, has a double meaning. It can refer to the house maid at the center of the story, Val (Regina Casé), who is both a literal mother to Jessica (Camila Márdila), but is more a mother in spirit to the son of the family she works for, Fabinho (Michel Joelsas). The title, however, can also be a reference to how Val is viewed by her daughter Jessica.

Val is nothing short of an amazing person, but the economic restraints of Brazil has caused her to move away from her poorer hometown of Pernambuco, where she leaves Jessica behind, and to Morumbi, a richer part of the country, to live with a wealthy family and take care of their house and every need.  She sends money back to the woman taking care of Jessica and financially supports her in every way she can, but is essentially absent from her life. 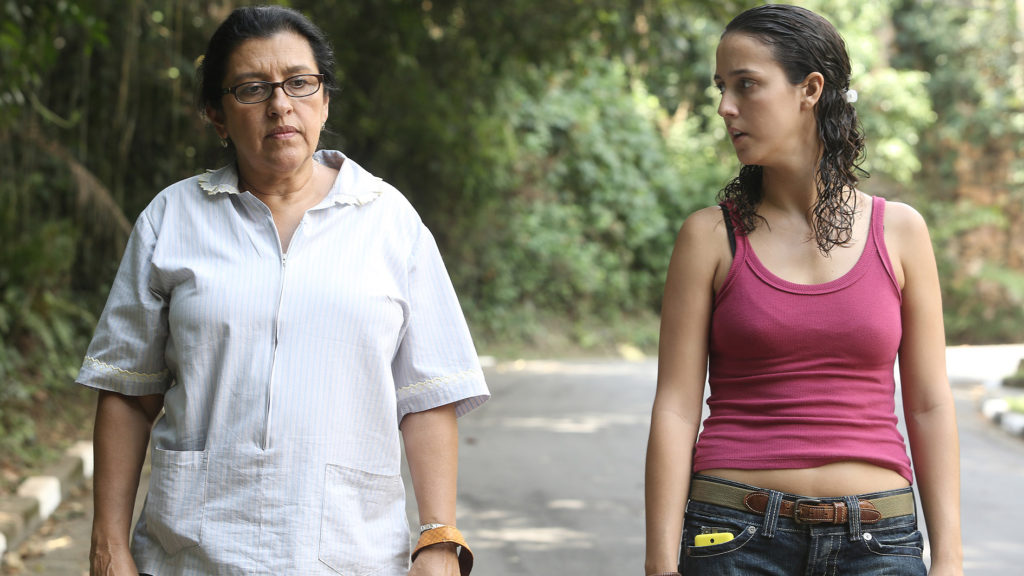 One day she receives a call from her daughter telling her that Jessica is moving to Val’s area to attend a college she is trying to get into. Val is ecstatic. The father and mother of the wealthy family, Carlos (Lourenço Mutarelli) and Bárbara (Karine Teles), tell Val that Jessica is more than welcome to stay with them. Barbara tells Val that she is “almost” family.

But not quite family. And the rest of the film makes you question the almost part too.

Val is able to get along with the family so well because she is subservient and submissive. She never questions them. Jessica, on the other hand, is not so quick to bow down to them.

Jessica actually has an advantage over the family, as she has earned her way to the wealthy city. In one scene, Carlos admits to Jessica that he is a failed artist who inherited his money and way into the this lifestyle. 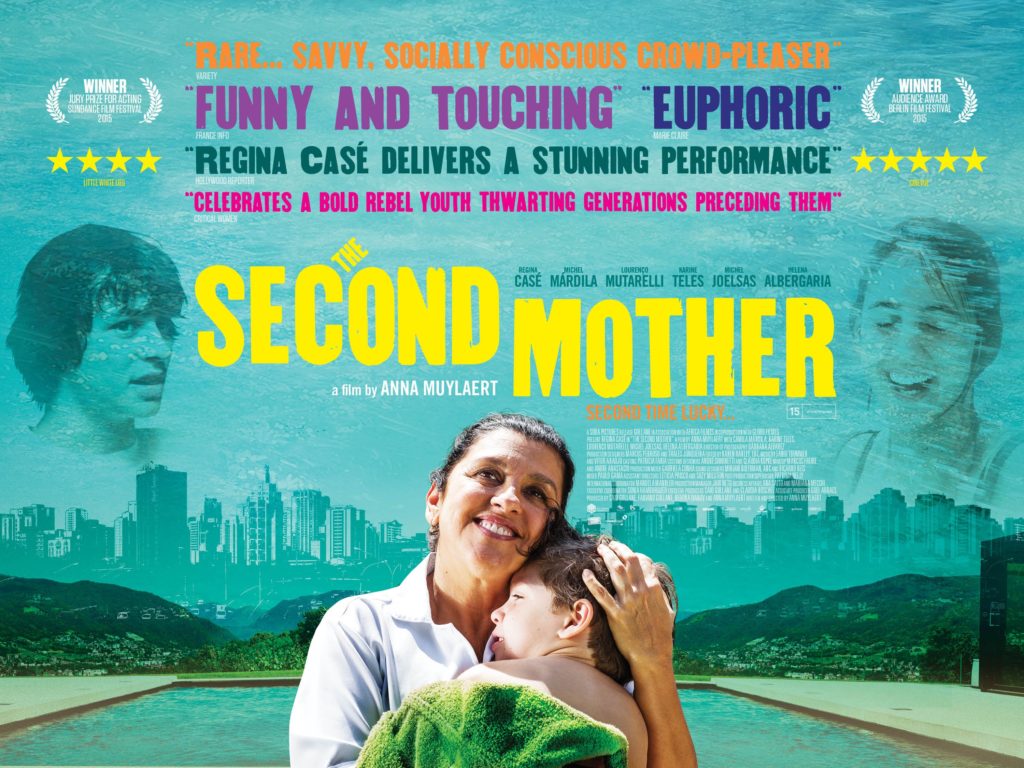 But that doesn’t stop them from engaging in some class warfare. Carlos views Jessica as a sexual object. Barabara is constantly infuriated by every little thing Jessica does. She’s views her swimming in the pool to eating ice cream as disrespectful.

I knew nothing about the economic ladder in Brazil, besides a little about Rio de janeiro from film and the news, but that didn’t stop me from being frustrated at the behavior of the entitled in this film. One character compares it to the caste system in India, and I can’t think of a better description. It’s a film that will anger you, but is incredibly well made and recommended.