Fantasy Sequel Improves on the Original 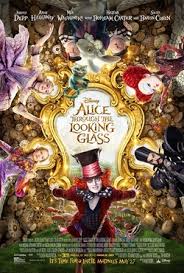 I did not enjoy 2010’s Alice in Wonderland. I don’t fault Mia Wasikowska, who played Alice. Wasikowska is a fine actress with a beautifully expressive face. I don’t blame it on the film’s villain, either. Helena Bonham Carter provided the sadistic glee that the role needed. I do blame the film’s failure on the two-headed monster that Tim Burton and Johnny Depp have become in their long cinematic partnership. It started well enough, mind you, with Edward Scissorhands and Ed Wood. But in recent years Burton and Depp have seemed to only bring out the worst in each other: cold, garish movies with Depp’s fey, gothic, extremely weird performances at the center. His Mad Hatter, with sculpted orange hair, toxic waste colored eye makeup, and a lisp, is an almost unbearable character.

So let me cut to the good news: the Mad Hatter is a relatively minor character in Alice Through the Looking Glass. Alice, after defeating the Red Queen and avoiding marriage, has spent the last two years captaining her (now deceased) father’s ship, The Wonder. She comes home with dreams of further expeditions only to find that she’ll need to sell the ship to save her mother’s house – and she’ll have to take a dreary job as a clerk to survive. 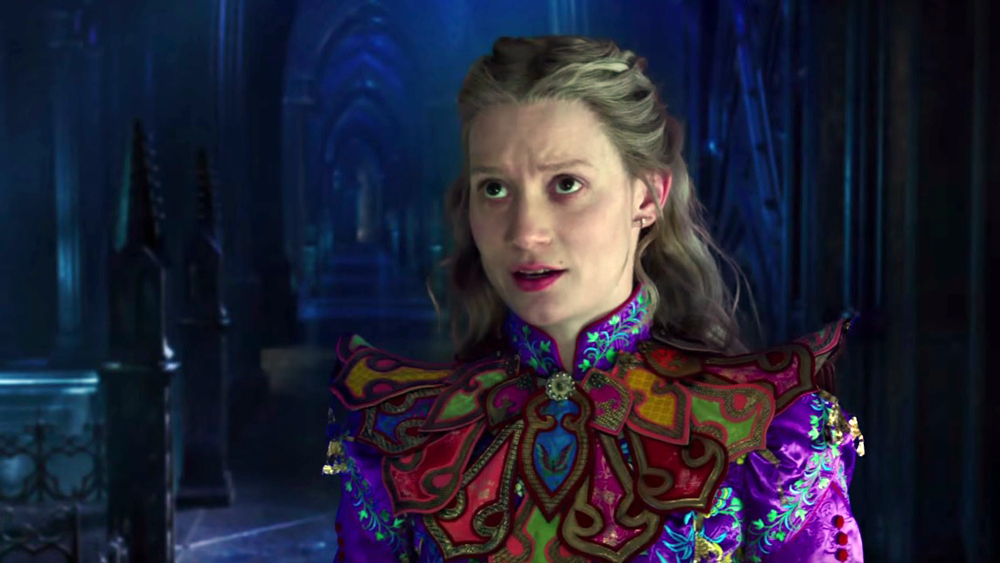 Well, that all could happen, but after a trip through a mirror Alice finds herself back in Wonderland where a different sort of crisis is underway. The Mad Hatter (Depp) is convinced that his long lost family are not really dead and instead, in need of rescue. The White Queen (Anne Hathaway) persuades Alice to travel back in time to try to save the family (because no one except the Hatter actually believes they’re alive). Traveling in time requires that Alice swipe a chronosphere from Time (Sacha Baron Cohen). But that chronosphere is what keeps all time everywhere running (through its connection to a great clock). With the chronosphere out of place, the universe is in danger of being destroyed, and…that’s probably all that you need to know, in terms of plot.

Despite my strong dislike of “Alice in Wonderland”, I was pleasantly surprised by “Alice Through the Looking Glass”. Much credit must go to Wasikowska, who is such an empathetic Alice.

Bonham Carter is back with a vengeance, specifically seeking revenge against her sister, the White Queen. And Baron Cohen makes an entertaining not-quite villain, with flickering eyes and clockwork gears in the back of his skull. Baron Cohen uses a Werner Herzog accent for the role which makes him sound obsessive and just a tad menacing (as I imagine Werner Herzog to be). The supporting characters are back – the Tweedles and White Queen and various creatures. They aid Alice in her quest as best they can. 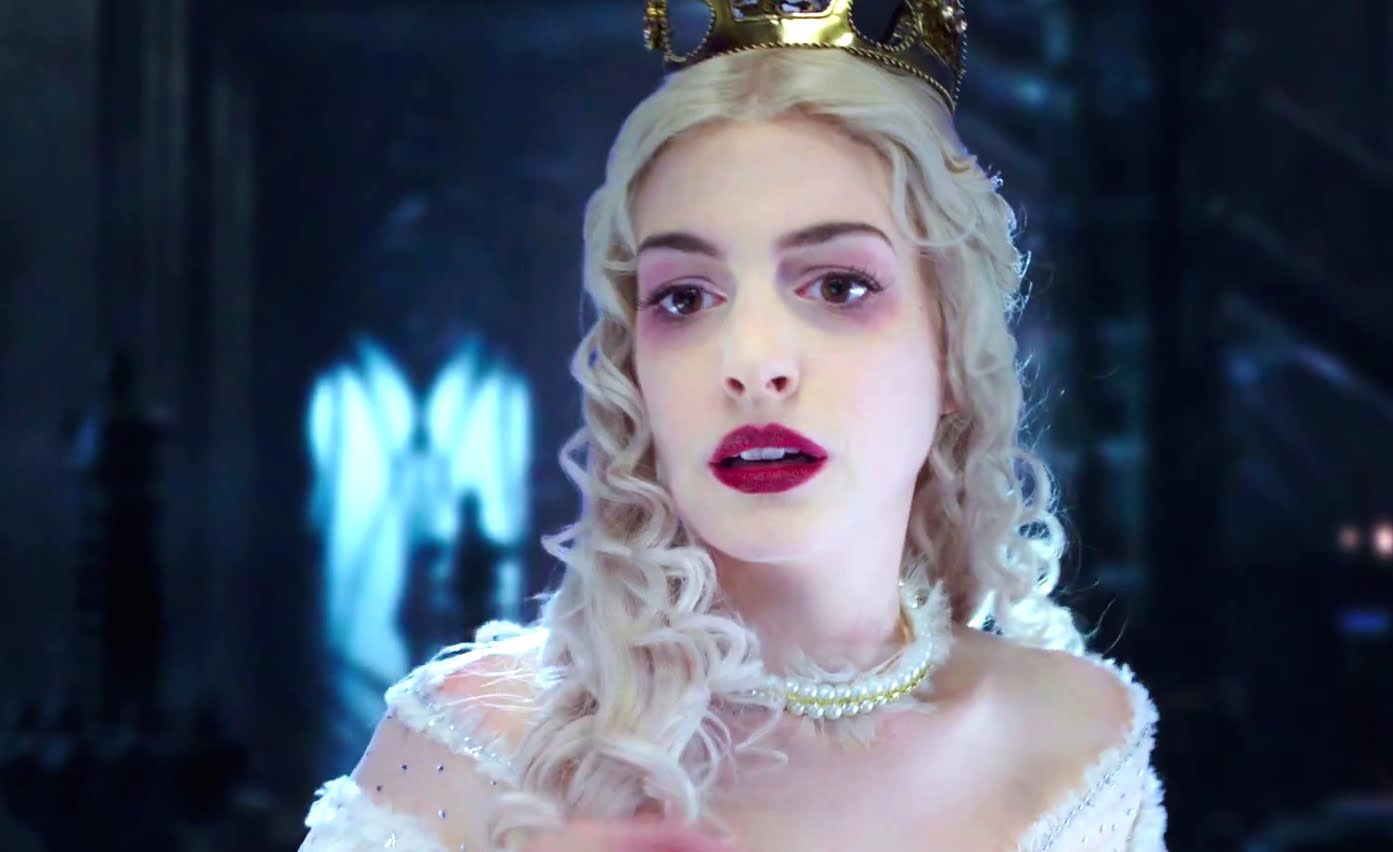 Tim Burton’s recent movies have seemed emotionally sterile.  This sequel was directed not by Burton, but by James Bobin (The Muppets), and perhaps it’s due to Bobin’s skill that Alice Through the Looking Glass seems warmer and more humane. Because Alice travels back in we see that the Mad Hatter wasn’t always so mad. He was once a rather ordinary boy without the Kabuki makeup, trying to please his dad. We also see the White and Red Queens as little girls, and learn what childhood trauma made the Red Queen a vicious, big-headed tyrant. Time warns Alice early on that she can’t change the past, only learn from it. Alice is not the only one who will learn – and maybe even find redemption – by revisiting the past.

Of course, Depp is not entirely absent. He’s in the movie enough that I was distracted several times by his makeup. Why do the eyes not always match? I can’t imagine carelessness in makeup in such a high dollar production. I’m also puzzled by the use of 3D in Alice Through the Looking Glass. 3D has come so far in the last decade, and has been used effectively in many, many films. But after the first scene, involving a sea battle, the 3D in this movie seemed underused or unremarkable. 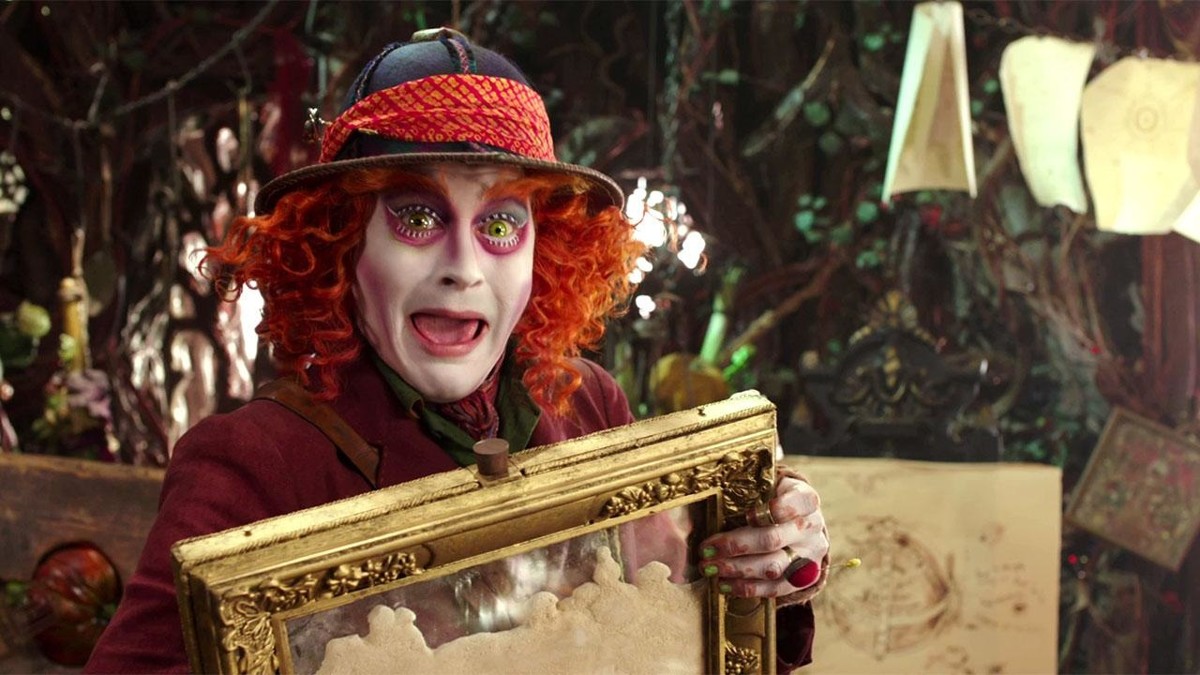 Alice Through the Looking Glass is superior to its predecessor. It’s a big, brilliantly colored fantasy with a handful of engaging characters and a measure of sympathy even for its villain. I’m not sure, however, that it’s good enough to lure in those who were put off by the first film. If you are lured in, don’t bother paying extra for the 3D showing.