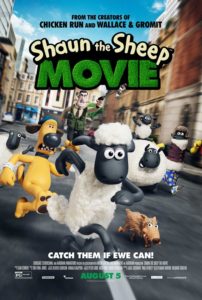 Sheared of lofty pretention, The Shaun the Sheep Movie is a delightfully simple romp. Spinning off from the popular U.K. claymation television series, this satisfying big screen version proudly utilizes the familiar characters and designs, taking them off the farm, but only as far as the nearby town.

With a straight-forward premise and not a discernible word uttered, the movie goes the route of early silent film comedy, in more ways than one.

Indeed, Shaun the Sheep Moviecontinuously pleases precisely on the level of an early Buster Keaton or Charlie Chaplin, but with the cuteness level noticably increased. A little reading is required here and there, but that aside, Shaun is, happily, an all-ages affair.

The dimly farmer, beloved to the many sheep he methodically shears on a regular basis, is the victim of a wild if not so wooly incident, sending him not only away from home and into town, but also knocked blank for a spell. Unaware of who he is or what he does for a living, the farmer, by a suitably bizarre set of circumstances, finds himself the town’s foremost celebrity hair stylist. (Turns out that when he finds an electric shaver in his hand, magic happens of the coifed variety!) It’s up to Shaun and his fellow flock members to find and retrieve their master. But of course, when the farmer’s away, the pigs will play…!

If there’s one criticism to be leveled, it is that, amid the many chuckles (but no belly laughs) and hijinks, the filmmakers serve up only about 30 minutes of story, stretched out over 85. The 85 minutes are breezy all the same, but at the same time, this writer cannot count up the vast number of single situation comedy episodes of television that have resolved this exact same plot in under a half hour. 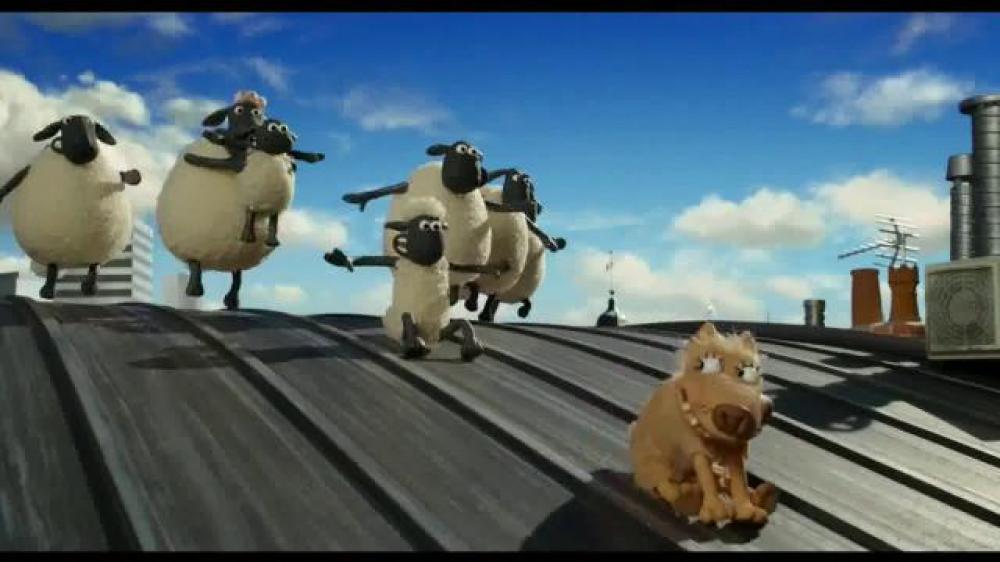 Nevertheless, in an age when big screen transition also carries the weight, even expectation of bigger-for-bigger’s-sake, a humble effort such as this is refreshing. No one dies, no one gets hitched, and nothing even explodes. The beats are of the familiar variety – small town characters having misadventures in the big city; a character with amnesia – but in this context, none of it plays as tired.

It is the welcome and familiar quaint claymation village of Aardman animation, as originally realized and championed by the great Nick Park in his contemporary classic Wallace and Gromit series (where young Shaun himself made his debut, in 1995’s A Close Shave). It is an earthy and sunny world, one where even the occasional advertising exudes a certain warmth. Signage is minimal, shops are small and personable, and there is no problem that can’t be overcome with ingenuity and dedication. In short, the Aardman world is a kind of plasticine representation of a world gone by, an earthly paradise where the creator’s fingerprints are sometimes literally visible.

In a summer movie season where sheep haven’t fared well, if at all (that means you, Ant-Man!), and animation has gone either cerebral (Inside Out) or crass (Minions), the exceptionally crafted Shaun the Sheep Movie is a can’t-miss breath of fresh, English farm air.