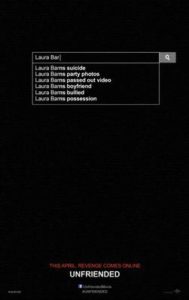 Well after the found footage angles of horror films such as The Blair Witch Project and the original Paranormal Activity, the next step was mounting cameras on everything from oscillating ceiling fans (Paranormal 3) to using the X-Box camera (Paranormal 4) to capture whatever phenomenon was stalking the various protagonists of such films.  With Paranormal Activity: The Marked Ones, the whole thing was basically shot on a kid’s hand-held camera.  Combine this with various films containing snuff films on DVD or VHS, and you’ll have the next natural evolution in camera based horror stories: computers.

The new film Unfriended seeks to act logistically as a mounted camera horror film, a “found-footage” horror film, as well as one that takes on the morality of social media and bullying.  Put them in a blender, and what you have is the latest horror-based film targeting the teen set.

As one can tell from the trailers, the entire film is from the point of view (POV) of one of the teens in the film, Blair (Shelley Hennig), who is using skype to video chat with her boyfriend Mitch (Moses Jacob Storm).  They are talking about the typical horror film staples: losing her virginity to Mitch on prom night which is coming up, asking him to sneak over, school and parent problems, etc. 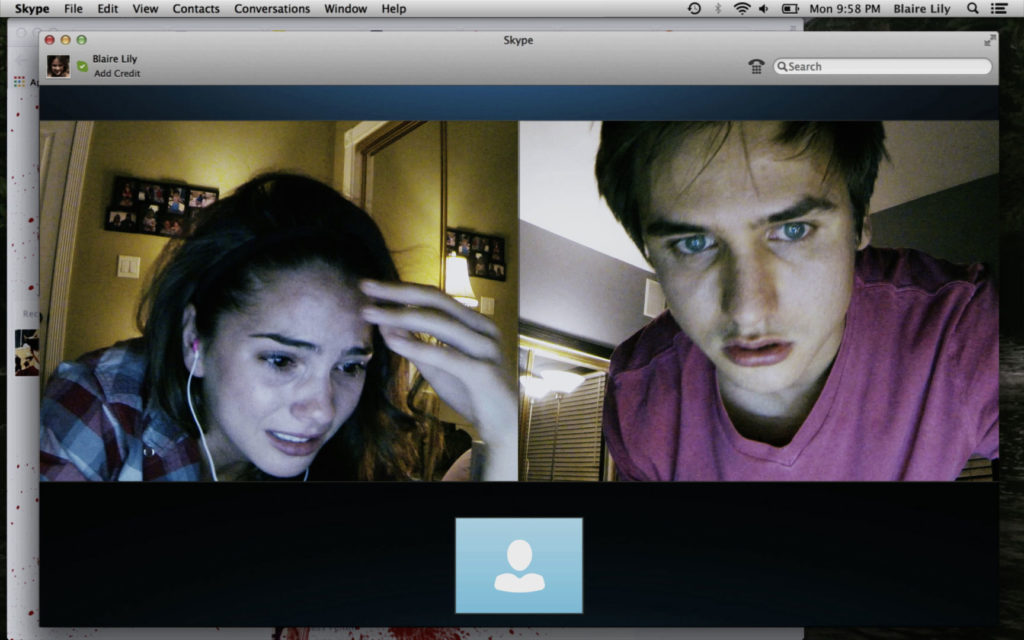 While they are flirting, several of their friends join on their chat.  Through the POV of Blair looking at her computer screen, the theater screen actually is nothing more than one big giant laptop screen.  As an audience member, all you can see is what Blair sees.  You see the 5 friends in their respective Skype boxes, as well as any other chat windows, YouTube videos, or music streaming app Blair happens to bring up on her computer. The Skype boxes almost become a way of live streaming mini-snuff films as we mentioned earlier.

Unfriended begins rather morbidly with a video, found online, of a local teen killing herself.  As it turns out, that incident will have a lot to do with this fateful night.  As the 6 teen friends are video chatting, a mysterious visitor to their chat appears and they can’t seem to drop this person from their private chat.  Not only that, but this individual is sending them all messages using the Facebook and other social media accounts of the girl who shot herself.

Slowly, but surely, social media is being used to reveal what these six individuals have to do with this girl’s death, and all are sucked into a game they do not want to play.  One that will test their friendships, loyalty, and that will threaten to expose what kind of people they truly are deep down, despite believing that they are basically “good people”. 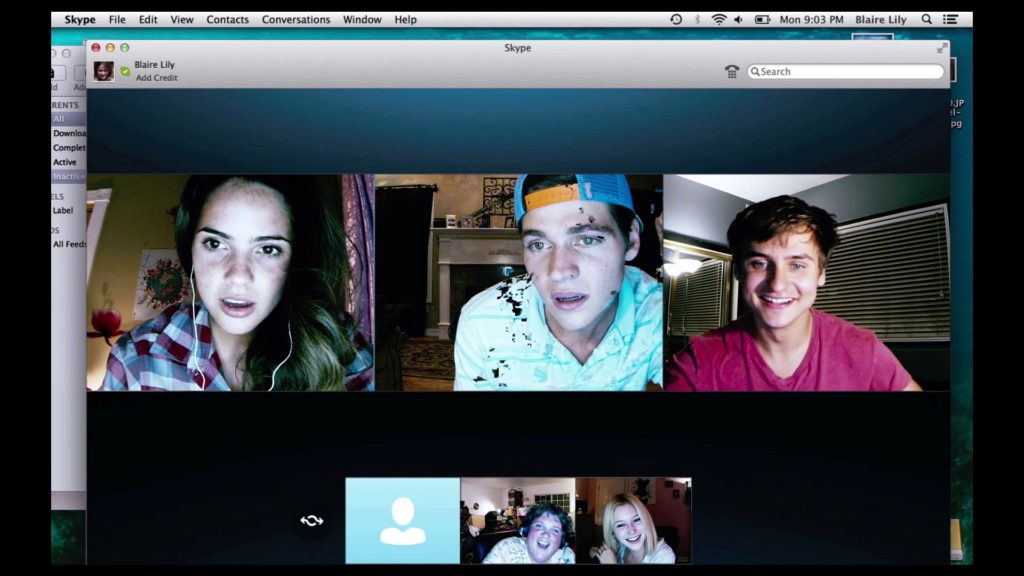 The film moves very slowly, but methodically and is made to look like one continual take.  Not in one long “single-take” motion shot like the Oscar winning Birdman did this past year, but as if there is no break from the start of the video chat between Blair and Mitch to the final scene of the film.  To give the actors some cover and allow for natural editing of these shots, everything from computer program crashes, to freeze framing the camera shots in Skype, to Blair simply opening up new windows that block the Skype conversation are used to keep the story moving, even if the main POV never does.

Where this film works is in its use of social media to reveal the darker side of what teens (as this is the focus of the film) do to each other through such technology.  It also has a lot to say about a generation growing up completely being filmed in every aspect of their life, and how that can and will come back to haunt them (literally) when they least expect it.  The topic of bullying and the casual way we dismiss it, compartmentalize it, or justify it is front and center here.  This notion is a powerful one, and for the most part provides any success Unfriended has. 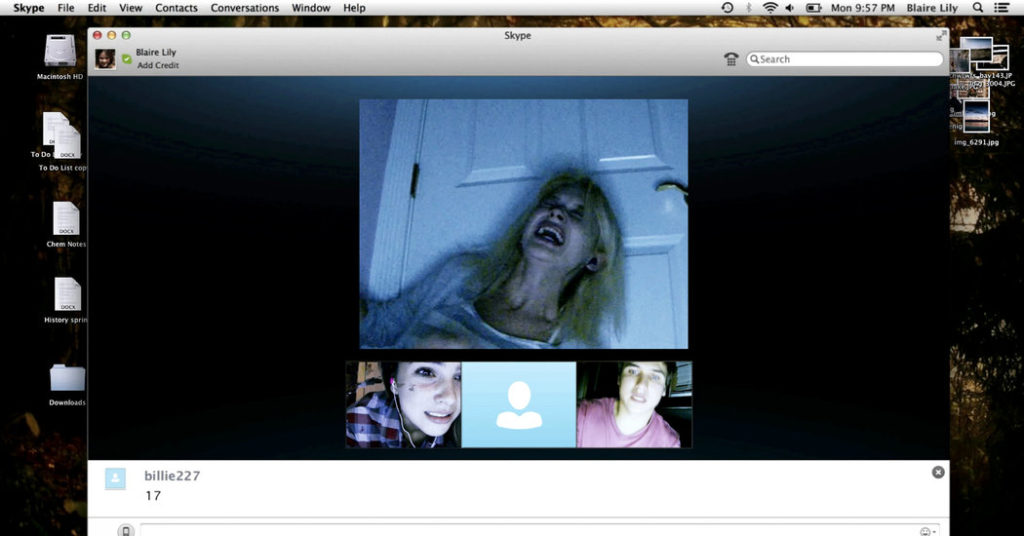 Where Unfriended falls off the rails is primarily through the horror element it employs. To divulge more would be dangerously close to entering into spoiler territory, so I won’t.  Suffice it to say, it’s the supernatural angles at work that are meant to play up the horror elements, but they mainly only cast a shadow of unbelievability and cheesiness, that threatens to drag down the whole thing.

Unfriended is largely a quick affair, clocking in at only 82 minutes.  It’s a good thing too given how thin a premise and gimmick it is to simply make a theater screen a giant computer screen.  And while this angle and POV might be the next natural progression in horror films, it doesn’t leave much room to go any further.  The ghost might truly be in the machine in Unfriended, but its not enough to provide the scares it tries for.  While some good social commentary exists, in the end there is nothing new or original being brought to the table. If this film was a Facebook post, you probably wouldn’t “Like” it.