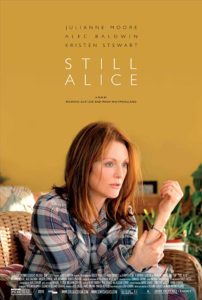 Still Alice depicts the nightmare of everyone who has reached middle age. After a certain point, almost all of us have watched a parent, grandparent or other loved one descend into the fog of dementia, slipping farther and father out of the reach of those who love them. We watch helplessly; then we take our fish oil, feverishly do our crossword puzzles and hope against hope that it won’t happen to us.

It not only happens to Alice Howland (Julianne Moore), but happens far too soon. Howland is a respected linguistics professor who knows something is wrong when words begin to escape her. Diagnosed with early onset Alzheimer’s, Howland is forced over time to surrender her career and renegotiate her relationships with her husband and three adult children.

Julianne Moore is nominated for best actress in the role of Alice, and rightly so. She begins the film sleek, sharp and luminous. The disease altars Alice, but Moore does an outstanding job of maintaining continuity with the woman she has always been. Intelligence and a hunger to be understood burn out of her eyes even when speech has left her. It’s a completely believable performance – something not to take for granted when dementia can so easily be overplayed or dehumanized.

As Alice’s husband, Alec Baldwin is also excellent. He loves his wife and does his best to care for her at each stage of the illness. In fact, that is one of the real strengths of Still Alice: it shows a family doing what needs to be done to care for a loved one, even when it hurts. It’s not always dramatic, it doesn’t necessarily make for a big story, but it’s the reality of what most family’s do. They do their best. 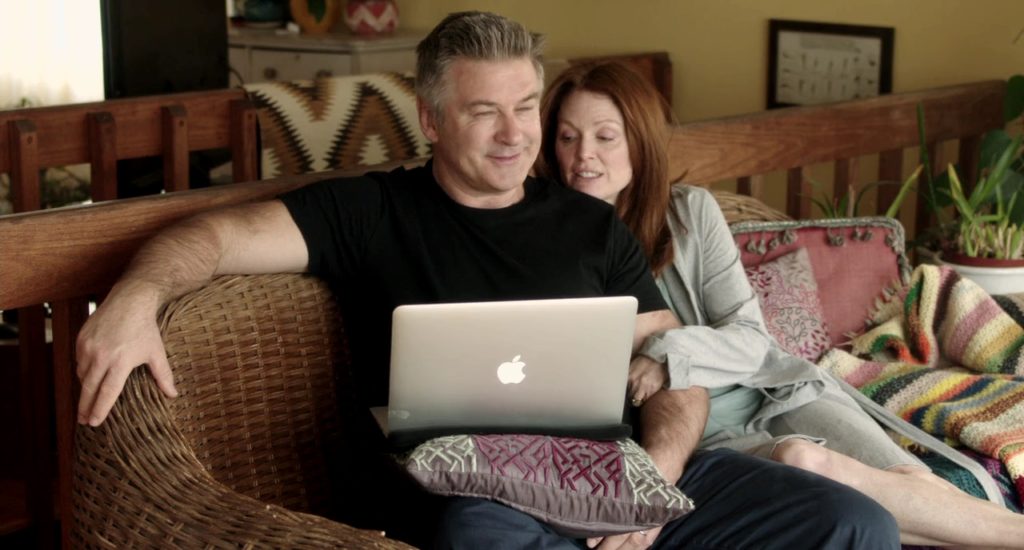 Still Alice isn’t a perfect film. The adult children fall into rather clumsy stereotypes, particularly Kristen Stewart as the black sheep who becomes the most attentive to Alice, and Kate Bosworth as the brittle, judgmental golden child. There is also a stand-up-and-cheer moment, a speech delivered by Alice at an Alzheimer’s conference, that really smacks of only-in-the-movies.

Nevertheless, directors Wash Westmoreland and Richard Glatzer have created a restrained, honest and at times even lovely look at the journey that Alice is forced to take. It’s a journey that is well known to far too many families. It deserves this kind of cinematic respect.