Jon Stewart Pours His Serious Side Into True Tale Of Oppression 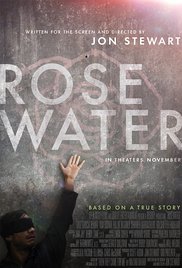 In a world of TV reality, and reality TV, it certainly says something that a personality as visible and as successful as Jon Stewart is would see fit to put TV completely aside in order to focus on cinema. Stewart famously took a hiatus from his high-profile cushy gig as host of Comedy Central’s The Daily Show for the better part of last year in order to direct and write Rosewater, a political drama set in Iran circa 2009. Stewart’s screenplay is based upon the book “Then They Came for Me: A Family’s Story of Love, Captivity, and Survival” by Maziar Bahari and Aimee Moloy. It’s an activism film, but not a drag.

Rosewater stars Gael García Bernal as real life journalist Bahari who was taken prisoner by the Iranian government following the heavily controversial election of Mahmoud Ahmadinejad. Bahari, in covering the landmark Iranian election and all the fervor surrounding them for Newsweek, did turn his camera on some unsanctioned political activity once or twice. But that’s just a newsman doing his job.

I can’t think of another time when such a high-profile TV star would in fact walk away from a gig like “The Daily Show” in order to go direct a movie like “Rosewater”.

Nevertheless, it’s this action that lands him in a small, neglected four-wall cell for several years, interrogated and prodded by high ranking, nicely dressed thugs. Through it all, Bernal is terrific in holding viewer sympathy, even as watching his character’s situation play out begins to become (intentionally) as monotonous as it is for Bahari. Interestingly, as the film tells it, it was his willing participation in a Daily Show bit that the Iranian government misinterpreted, and used as grounds for persecuting him. Was this the seed of Stewart’s interest in making this film? 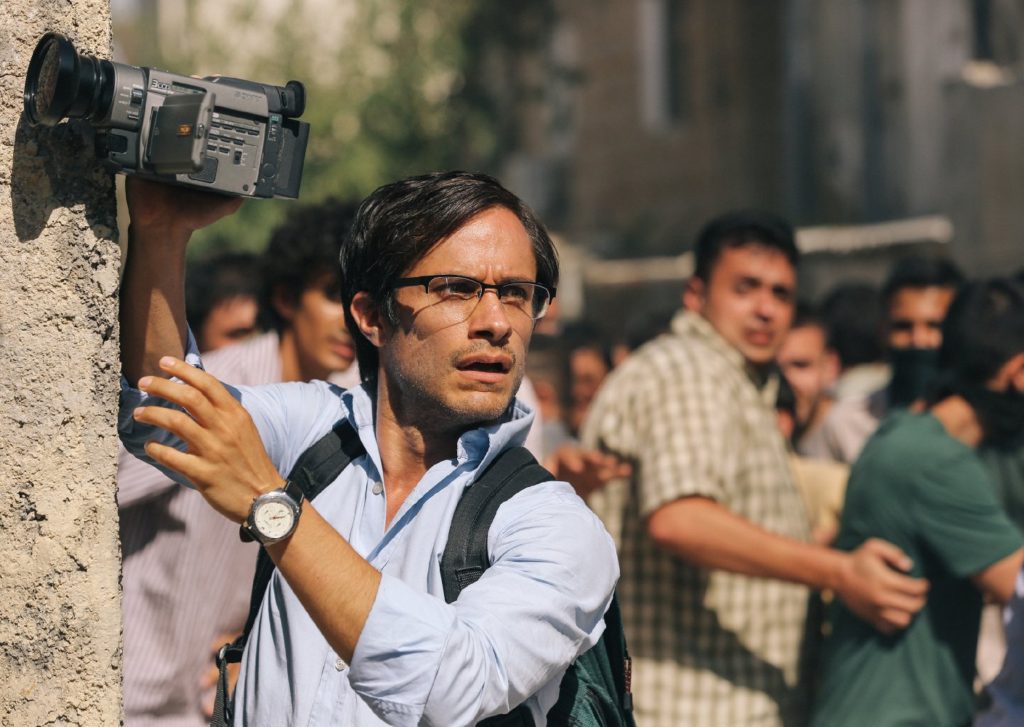 Gael García Bernal as Maziar Bahari , about to get into big trouble in ROSEWATER.

Stewart is circulated widely on YouTube, on Facebook, on Twitter and more, via Comedy Central’s website. Behind the desk of his day job, his opinion comes packaged as seven-minute comedy bursts, readily assessable to the masses. On his Daily Show platform, his voice has no limits. Rosewater is something very different. And that Stewart apparently realizes a certainimportance of cinema over the power of viral video/television in order to make his point about the plight of captured reporters, is a very powerful statement to the continuing vitality and outright power of the medium of film.

It also says something about Jon Stewart personal character. I can’t think of another time when such a high-profile TV star would in fact walk away from a gig like The Daily Show in order to go direct a movie like Rosewater. (i.e., a challenging dramatic work that is weighty and subtitle-y.) Whether one likes Stewart on television or not, one must admit that this was a courageous and even admirable career move. 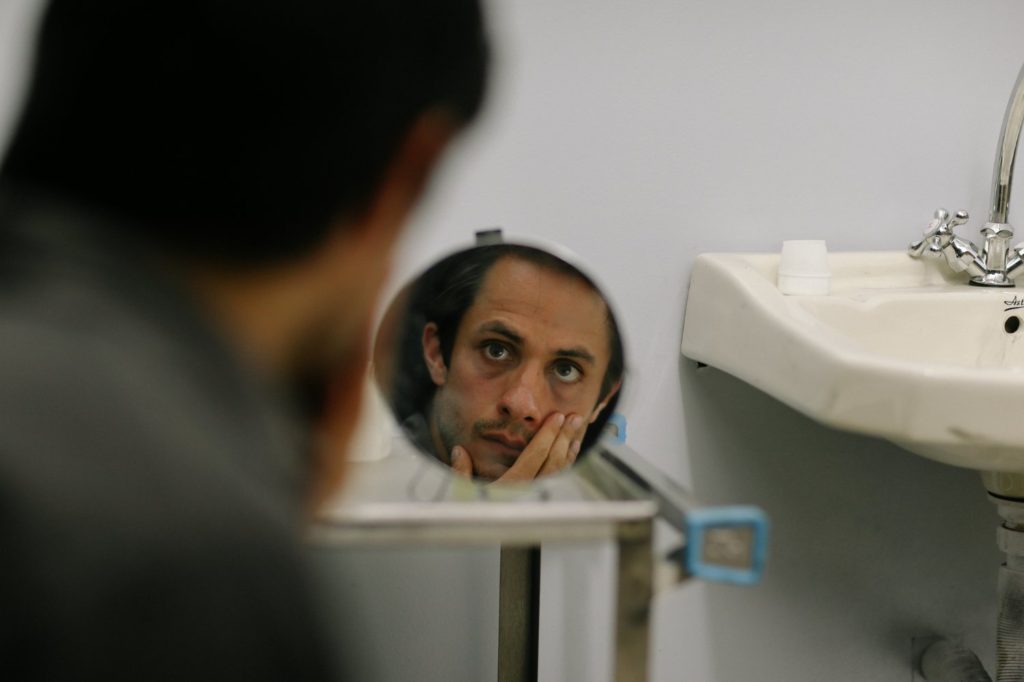 Tinged with the character’s love of Leonard Cohen music (there’s one doozy of a dance scene, bordering on transcendent), and his love for his wife, Bahari is presented as an infinitely relatable everyman with a camera. The film takes an interest in the way media is disseminated electronically, and a certain glee in the fact that tech advances such as smart phones and social media virtually guarantee that political bullies like the one in power in this story will likely be significantly weakened in the future by virtue of the truth being more readily, freely and easily circulated than ever before. Rosewater may not quite have what it takes to be a year-end awards contender – there is a certain unevenness that keeps it from being Great – but it is the real thing; a film that works just as it should.