Is Kristen Stewart’s Career Stuck In Guantanamo, Or Is This Her Breaking Dawn As An Actor? 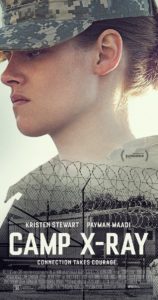 Kristen Stewart’s career is somewhat stalled following the incident involving her and her Snow White and the Huntsman director, Rupurt Sanders.  K-Stew, as she has been dubbed, has been in somewhat of a holding pattern following her success as Bella Swan in the popularTwilight series.  Snow White was a hit as well, but largely despite Kristen’s “one look” performance as the title character.

In addition to the scandal involving the director, it was here that Kristen really began taking some hits for her tendency to stare into space during “dramatic scenes” and basically giving the acting equivalent of botox in her performances, where her face basically remains unchanged, despite what is happening in the scene.  If you thought for one minute she was “in love” with the Huntsman when she declared it in the film, then you were not watching all of the scenes prior where she simply wore a scowl on her face and spewed righteous indignation toward Chris Hemsworth throughout their journey.  If it was a hit, then it was only because of Charlize Theron’s wicked performance as Ravenna.

Kristen needed to find a project, following that, that would allow her to stretch her wings as an actor, gain some independent street-cred, and allow her to shake some of these stereotypes (not least of these being Bella Swan). Her choice is Camp X-Ray.  This is the first feature film from director Peter Sattler, who worked as a graphic design artist on films such as Walk the Line, and Star Trek.  The big question is: will audiences buy Kristen Stewart as a soldier tasked with watching over the detainees at what may be the world’s most infamous prison in Guantanamo Bay?

In Camp X-Ray, Stewart plays Private Cole, a soldier recently assigned to Guantanamo.  According to her superior officers, she is not guarding prisoners apprehended from our fight of the “war on terror”.  She is simply watching them and protecting these “detainees” from hurting themselves.  Any incidents, or deaths, at the prison would be a PR nightmare, so these soldiers are there to make sure nothing happens.

If ever there was a role requiring a stone-faced look and zero emotion, then surely this was the role Kristen Stewart was made for.  And for the first 1/3rd of the film, she nails it, using her stereotypical acting method to perfection as she plays the good soldier.  Much of the first part of this film is spent establishing the “rules” at Camp X-Ray.  These include how you are to interact with the detainees, what procedures to follow as you observe them in their cells, which protocols to follow when with your fellow soldiers, etc.  We learn that each of these rules is for the soldier’s protection, the protection of the detainees, and for national security.  The rest of this film, in the name of controversy, systematically destroys every thing they set up in the beginning.

The basic premise of the film is based on a cat-and-mouse series of conversations between Cole and detainee Ali, played by a very good Peyman Moaadi (A Separation) who provides the only compelling case for watching this film.  On the surface, this story has potential.  Can a hardened soldier see her enemy as something other than a monster tied to 9/11 and the broader war against terrorism?  Can we as an audience learn to like such a man and even empathize with his situation? 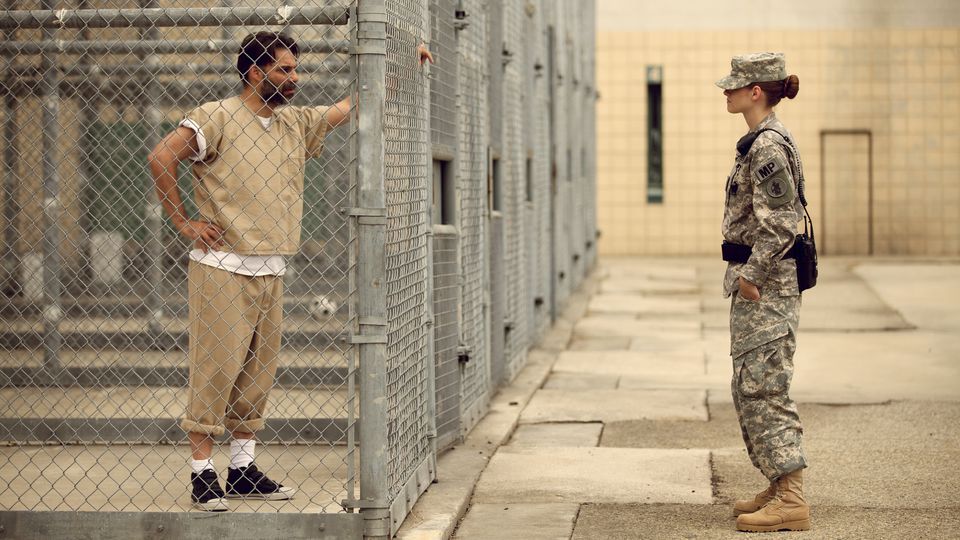 Camp X-Ray seeks to play off preconceived notions of American views of Muslims in particular.  The opening scene is from stock footage of one of the twin towers burning following the plane strike on 9/11.  Detainees play into stereotypes when they shout out Arabic phrases and throw “sh*t cocktails” at the guards reinforcing our notions that they are simply a bunch of barbarians.  The obvious goal of this film is for the audience to fall into these preconceived notions early, and allow the narrative to bring us all to a place of better understanding and the idea that maybe things aren’t so black and white.  Everything in the film is manipulated towards this end.

If it depended on Peyman Moaadi to reach the loftier goal, then mission accomplished.  Unfortunately, the script, the director, and Kristen Stewart all conspire to sink any hope of this happening.  Why go to such lengths to show the protocol soldiers must follow if the whole narrative’s chances of bringing us to such understanding requires all of the stated protocol to disappear? We are told she is under constant surveillance as she guards the prisoners and there is always a second soldier in the room.  Yet, as their conversations begin to become more frequent, a soldier is always missing, sometimes sent on errands by this private of all people.  Private Cole also begins offering up personal information, crying, and giving other demonstrations of emotion that are beyond the realm of believability as defined by the setting and the parameters set up earlier.

It also goes against the steely resolve Stewart tried to play early in the film due to her being one of the only girls in the middle of a “boy’s club”.  We are given examples of how her being a female affects her interactions with the largely Muslim population at Camp X-Ray, but yet this tension is ignored to keep the conversations happening. In fact, she destroys the notion that a female soldier is capable to perform their duties as asked, and reinforces a notion of an archaic view of a female soldier who is ruled by emotion and who will sacrifice mission and conviction to simply “mother” a wounded soul.  It is a great distraction to the intended narrative as well.

By the end, (extremely minor Spoiler Alert) the film falls into a “made for television” ending complete with a gesture of good will on the behalf of Private Cole towards Ali involving a Harry Potter book.  I half expected stock footage of Rodney King to appear asking us if we can’t all just “get along” to drive home the larger point. 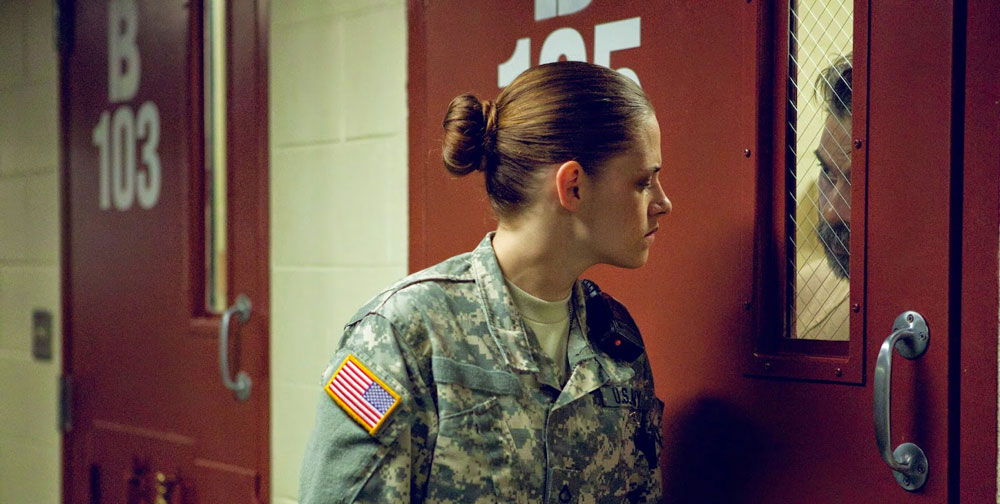 Camp X-Ray won’t stop Kristen Stewart’s career, as she already has 3 projects in various stages of completion, but it is yet another indication that her career is stuck like the detainees at Guantanamo Bay and is in desperate need of rescue.  Despite her young age (24), Kristen Stewart is showing signs that “Twilight” is setting on her career.  Camp X-Ray will do nothing to dissuade the movie going public to continue to avoid her projects.  She is in need of a lifeline.  Maybe Stephanie Meyer has one more Vampire/Ware-wolf story in her to serve as Kristen Stewart’s real-life “Breaking Dawn“.