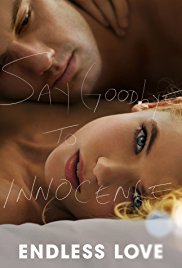 The new teen melodrama Endless Love commits a myriad of sins. And I’m not just referring to the hot & bothered young couple on the poster. It’s been said that there’s nothing new under the sun, and this this sufficiently bronzed film might just prove it. Here we have a complete teenage girl wish-fulfillment romance, shamelessly checking off the squares of what we’ve come to expect in such a movie: 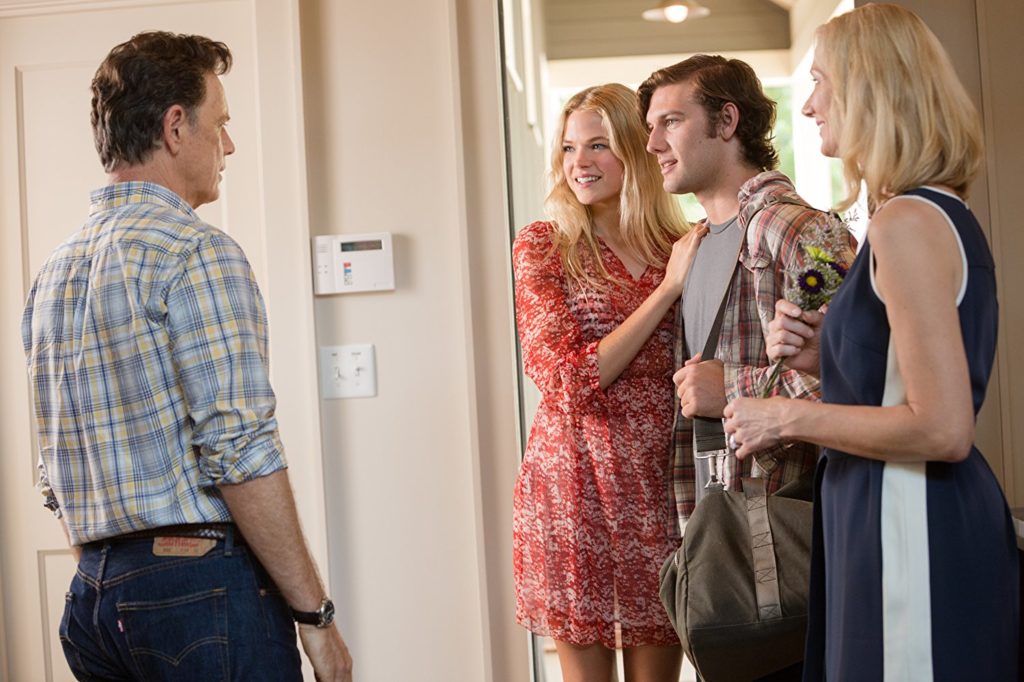 Additionally, let’s not forget that on a cranky day, one could also cite director Shana Feste (Country Strong) for treading water artistically via her Filmmaking 101 visual realization of everything. Someone is feeling oppressed? Shoot her sitting behind the ominously lit bars of the staircase. The setting for a sexy outing? A sunbathed lush green exterior with no other souls in sight. Angry dad is threatening? Power angle! Never cross “the line”, always retain screen direction in blocking and camera placement. Not that there’s anything wrong with this approach – these are the first rules I impart when teaching videography to students. Therefore personally, I’ll gladly take this efficient if no-frills conceptualization over the unthought-through blender of “cool” that most films of this ilk get churned through.

Consequently, the hormonally rampant Endless Love has a curious old fashioned, “safe” quality about it. (True Fact: RoboCop isn’t the only remake this week. Endless Love was previously made in 1981 by Franco Zeffirelli, and starring Brooke Shields. That film sounds like a terminally male version of a teen girl’s tale, which this new one decidedly is not.) Perhaps this is why I, a forty year old midwestern American father of three (going on four) found this oddly staid, by-the-numbers melodrama completely watchable if also immediately forgettable. 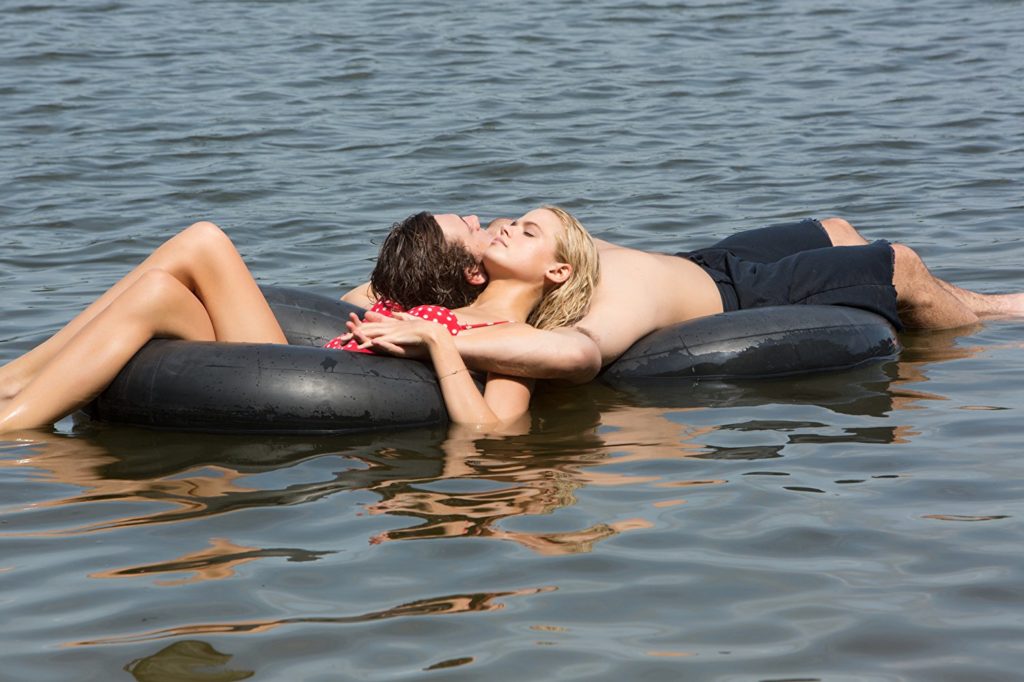 Yes, the messages that this condensed season of “Dawson’s Creek” sends to young people are downright horrible. This is not how teen guys talk and think about girls when they’re talking to their buddies. (“If you like her bro, you should go and get her, bro!”) [That’s a dialogue approximation, but you hopefully get the idea.] And of course, no promising high school graduate should ever throw away an amazing summer internship to spend a few extra months with her hot boyfriend, no matter how endless she thinks their love is. (If it’s that endless, he’ll be there when she gets back.)

Yet, it’s that minks-in-heat aspect of this film that are it’s strongest aspects. One must be able to reach that place in his/her teenaged past when the future was still wide open, and every emotion was just so BIG. Flirting was risky to the ego, but like nirvana if even maybe successful. From there can flow the dangerous attachments that come with heart-searing physical love exploration. Endless Love nails both the temporary euphoria of such times, as well as the long-paying negative emotional dividends.

If this is a boiling estrogen-centric fantasy (and it is), it makes perfect sense that everything that happens in the film – every line, every decision, by anyone – is about this girl and her boyfriend. Director and co-screenwriter Feste maintains a vice-like hold upon a typical Western youthful feminine point of view, in which the world revolves around the self, and the self’s world revolves right back at her. Besides the death of her brother several years prior, nothing bad ever happened to our girl Jade (Gabriella Wilde) before meeting David (Alex Pettyfer). Then, everything bad happens. (But, that’s soulmate love for you.) It’s not just the story of Endless Love that’s about Jade, it’s the entire look, feel, pacing, confusion, and world of it. The comedy doesn’t work because Jade’s not funny. The inevitable separation sequence is long and painfully overcooked because that’s how it is for her. 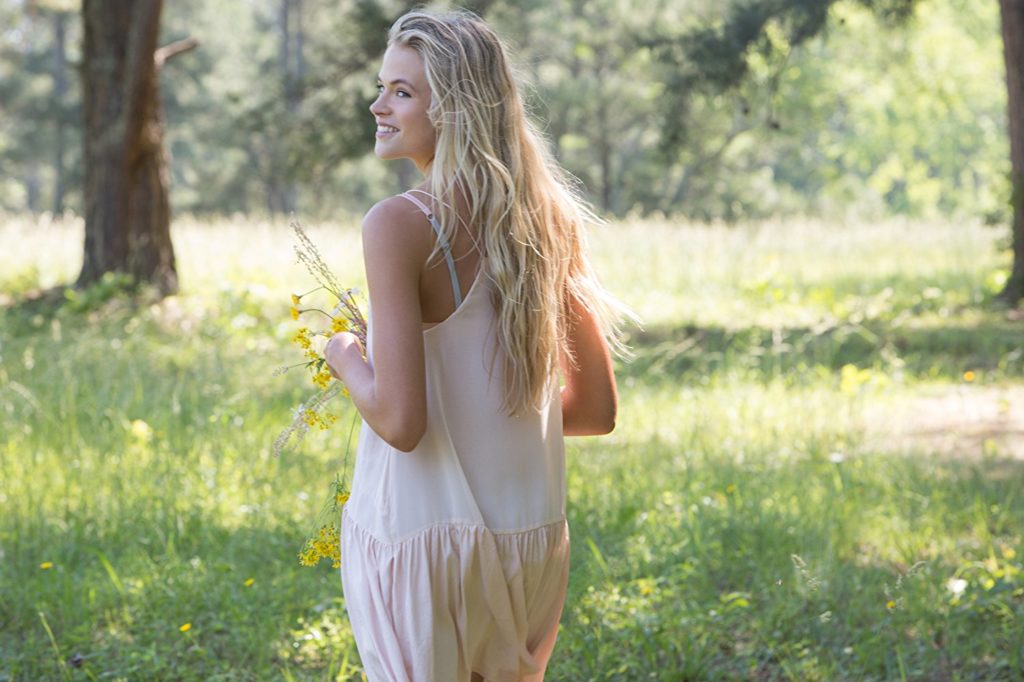 Those are the things about it that make sense. What doesn’t wash is how the vastly different economic realities of the couples’ situations could ever be such a non-issue, nor how everything negative about this relationship is embodied in the girls angry, meddling dad (Bruce Greenwood). Even more uncomfortable is how her book-writing mother (Joely Richardson) latches on so longingly to Jade’s sexual awakening that she goes so far as to write a book about it. Which David later buys, and likes.

The getting there takes too long – a thirty minute meet-cute that involves the world’s sappiest opening voiceover (which then goes M.I.A. for the duration), joyriding in a stolen (awesome) car, The Girl throwing a Gatsby-like party for the sole purpose of The Heartthrob maybe showing up, and culminating with Dad discovering the pair together, innocently enough, in a large closet.

Let’s be clear – this is not a great film. But it does what it sets out to do, which is to serve as soapy midrange crack for the overdramatic teen girl audience (On Valentine’s Day, no less). Their boyfriends have The Fast & The Furious and Michael Bay’s Transformers, they have this. Fair enough? (Actually, probably not. For any of us.) The world does not need Endless Love, but for me, that’s not quite reason enough for me to fire an arrow through the heart of this nubile wish-fulfillment potboiler.

Endless? In some ways, yes. Love? No. But not unredeemable, either.