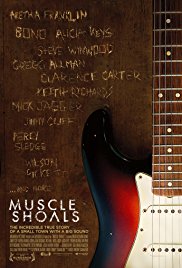 We open on a “singing river” before entering into The Land of 1000 Dances.  But in the end, we’ll never have left Sweet Home Alabama.  From the exuberant energy of Wilson Pickett’s forever energizer (a vital part of the single best opening titles sequence of the year) to the emergence of Southern rock and beyond, the new music documentary Muscle Shoals is beautifully straight forward, unapologetically giddy about its subject matter, and stocked with more rock n’ roll luminaries (Mick Jagger, Kieth Richards, Aretha Franklin, Jimmy Cliff, etc.) than any first time director has any right to have access to.

It tells the story of the music of a time and place and the people who made it, with no hint of the notion that its time may’ve passed.  Because here, we are dealing with life affirming timelessness.  The film says so much in its sure handed yet sometimes haphazard telling that it’s hard not to be affected by it, and simply dance along.  I’ll admit that this sort of thing is admittedly one of my sweet spots, but of all the many rock docs I’ve seen, this is surely one of the best.  The interviews are there, the stories are there, but at the core is a something completely unexpected:  Renewal.

“Imperfect perfection.”  Those are the words used to describe Rick Hall, the grizzled, weathered, and withdrawn man who founded and ran the legendary FAME Studios in the small remote town of Muscle Shoals, Alabama.  (Stay through the closing credits to hear his take on perfection.)  Hall’s carnival weight-guesser handlebar mustache may at a glance betray his introverted brokenness, brought about by a hard life punctuated with tragedy and turmoil, but he is indeed the man at the controls of some of rock n’ roll’s greatest, most exuberant tunes. 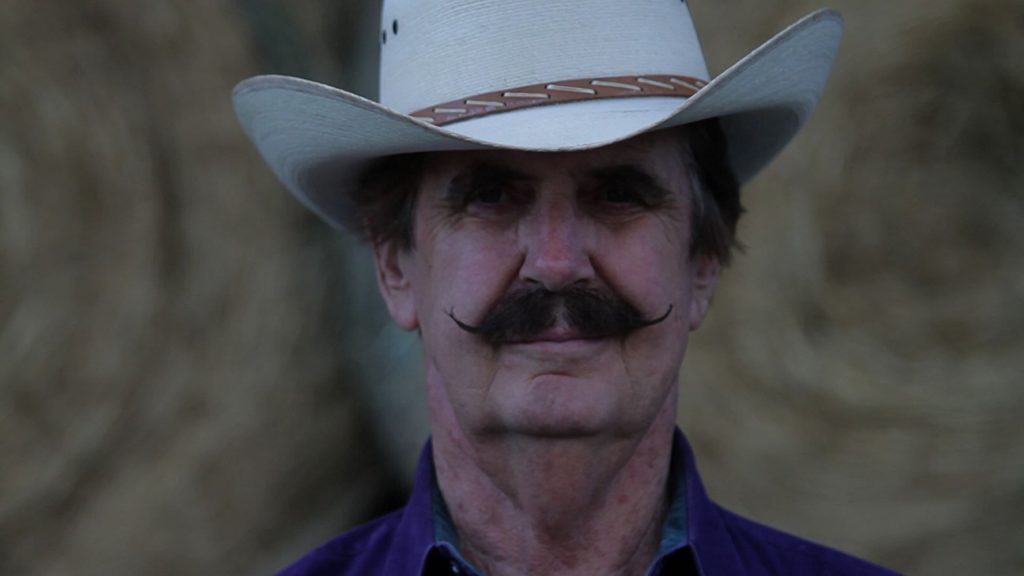 Hall’s story is the beating and breaking heart of the exceptional Muscle Shoals, but the songs and the many wonderful tangential stories behind them are its spirit.  “Imperfect perfection” can also describe the film itself, crafted in a nuts and bolts style by first time filmmaker Greg ‘Freddy’ Camalier.  Beautifully shot, it’s occasional flaws are immediately forgivable, as the film is ultimately triumphant – and earnedly so.

Unlike the Abbey Roads of the world, the recording studios in Muscle Shoals (both FAME Studios and later, a competing spin off) are quaint, humble and contentedly away-from-it-all.  Once Hall’s FAME Studios generated the tectonic-shifting career path of Aretha Franklin, the dangerous magnetism of Wilson Pickett, and Percy Sledge singing “When a Man Loves a Woman”, the rock luminaries of the world would book tickets and take long and winding bus rides into the swampy deep South in hopes of capturing whatever recording alchemy may yet linger.

Indeed, for a pulse-pounding rock doc, Camalier’s begins most unexpectedly – with minutes of tranquil beauty shots of the land, the trickling waters, the Southern overgrowth congesting in spite of any limited human presence.  Bono and others describe how there’s a glorious supernatural quality, perhaps from the nearby Tennessee River (“the singing river”), that can and must inspire song.  This impulse predates rock n’ roll by centuries, maybe longer.  And although this unseen power is presented initially as mysterious and gaia-esque, by the end, Alicia Keyes’ heartfelt gospel proclamation – with Hall at the controls – sends the glory positively upwards. 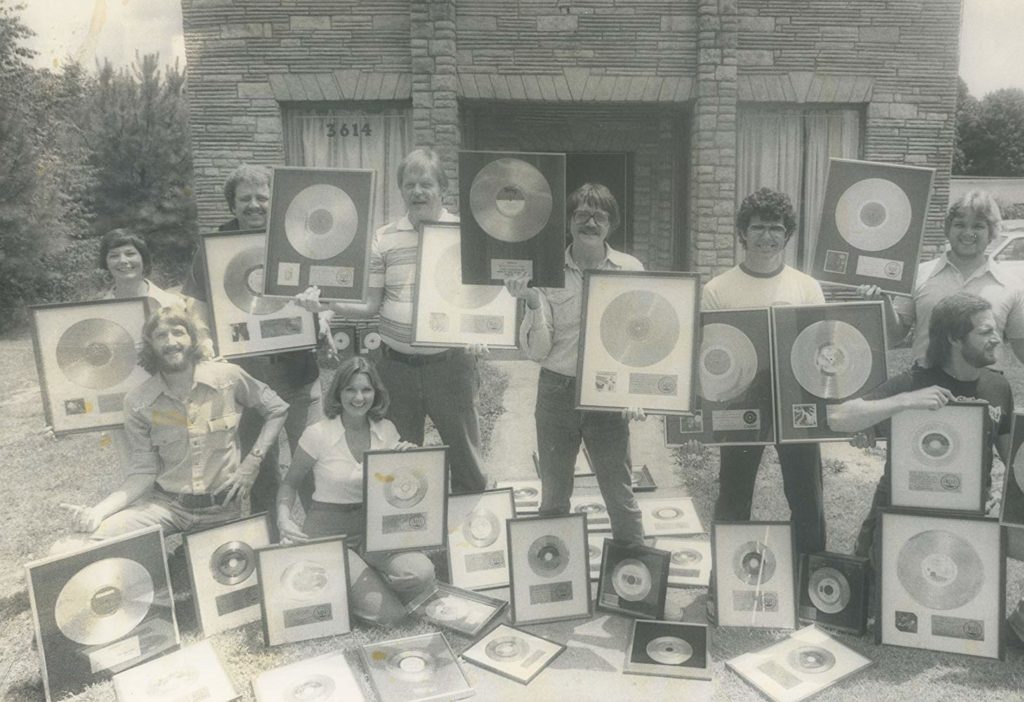 It’s an exclamation, perhaps (as simultaneously revealing and pigeonholing as exclaiming such things can be), but more so, a release.  As anyone who’s been around long enough knows, life, like Rick Hall and the rock n’ roll he crafted, is inherently imperfect.  It’s difficult, rough, and yet not without moments of utter elevation.  And there will always be mystery in what it yields.  This is what Muscle Shoals tells us.

Much is made of the racial unlikelihood of the utter whiteness of the soul-filled, groove infested session players who backed up Franklin, Picket, Percy Sledge, and so many other black R&B majors.  Now polo-shirted and plump in their advancing age, these men came to be known as The Swampers, and were assumed to be black by many.  Though amusing, this detail of the story points away from itself to a greater human unity – the colorblind workaday atmosphere that the studios fostered.  How and why was this?  That this little racially invisible utopia happened in the George Wallace American South is not overlooked.  As ugly as the times were, the musical output of Muscle Shoals proved that much more transcendent.

Eventually, in the chronology of the thing, we make our way to southern rock icons Lynyrd Skynyrd performing “Free Bird” on The Old Grey Whistle Test, circa 1975.  Those who can’t see passed the song’s stereotyping as a drunken redneck chorus may be shocked to hear the song’s opening played out with concert pianist, goose bump-inducing precision and beauty.  Perfectly arrived at in the film, it reveals the song’s true status as an American anthem, something once seized upon by Ralph Bakshi in the opening of his otherwise slogging rotoscope animated American Pop.  But for Whistle Test viewers, it was known all along.  There, awash in stage light falloff and flanked by the biggest confederate flag you’ve ever seen, is pre-plane crash Lynyrd Skynyrd, proving their vitality and giving it their soul-crackling all. 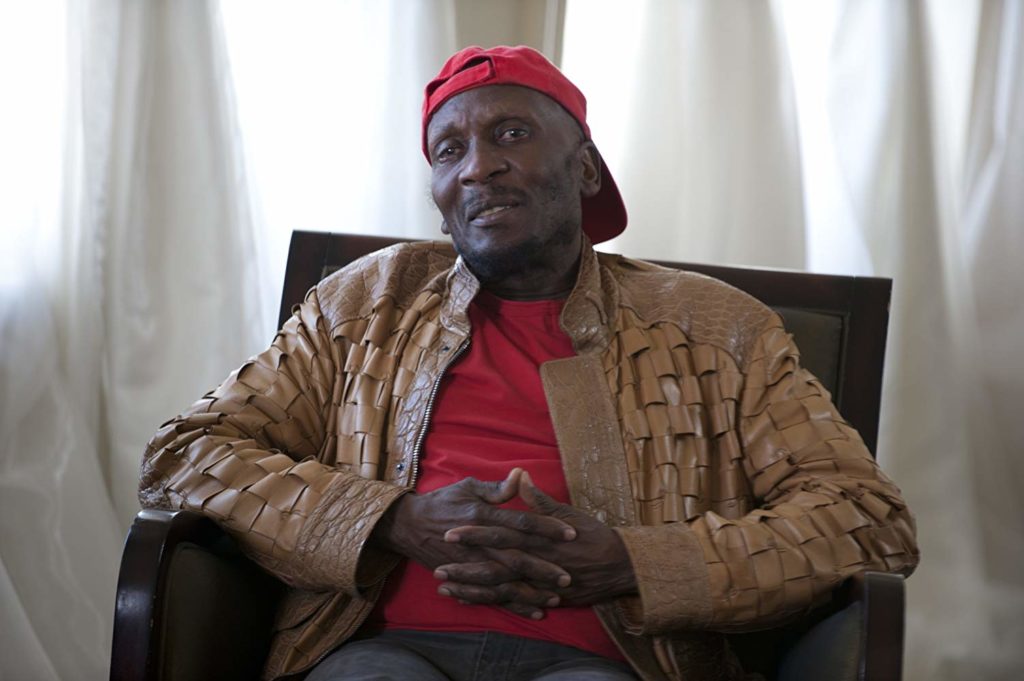 And now, along with the once overly familiar stains of Wilson Pickett, Aretha Franklin, Percy Sledge, the Rolling Stones, Paul Simon, The Allman Brothers, and so many more, Camalier has brought a much-needed fresh perspective to this band, a renewal.  And even as doomed lead singer Ronnie Van Zant and company performs in front of what many consider an unquestionable display of a legacy of Southern racism, we are with them on another level, via the music.  In a song all about how a guy can’t change, the performance is beautiful, even as their backdrop may remind us of our lingering division and brokenness that is yet to be overcome.  But renewal is indeed possible.

This is why, moreso than any movie I’ve seen this year, Muscle Shoals excites me.  It may be imperfect, and employs its share of unnecessary tangents (why are hearing about Helen Keller…?) and failed techniques (the world-weary Rick Hall standing motionlessly in a field staring down the camera lens simply comes off as staged), the promise it shows in its successful moments is monumental.  It’s that rare movie I want to take under my wing and tell everyone not to miss.  So as they say, I must be travelling on, now…