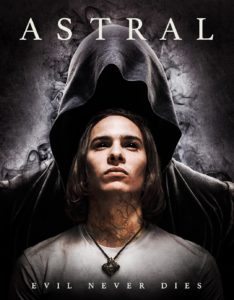 Astral opens with a title card explaining the basics of astral projection to the audience. It’s essentially a deliberately induced out-of-body experience. The title cards then go on to say that the filmmakers do not condone anyone actually attempting to astrally project. Well, there go my plans for Saturday night.

Alex (played by Frank Dillane, from Fear the Walking Dead) doesn’t take the title card’s warning to heart, however, and one evening attempts astral projection. He’s recently learned that his mother’s death, when he was a child, was actually a suicide and he’s understandably upset at the news. When one of his college professors discusses the nature of astral projection in a lecture, Alex thinks that he might be able to use projection to find and communicate with his mother’s spirit. Though his initial attempts fail, and his friends exhibit a healthy amount of skepticism, Alex persists in his research. He soon discovers that he can, in fact, astrally project. 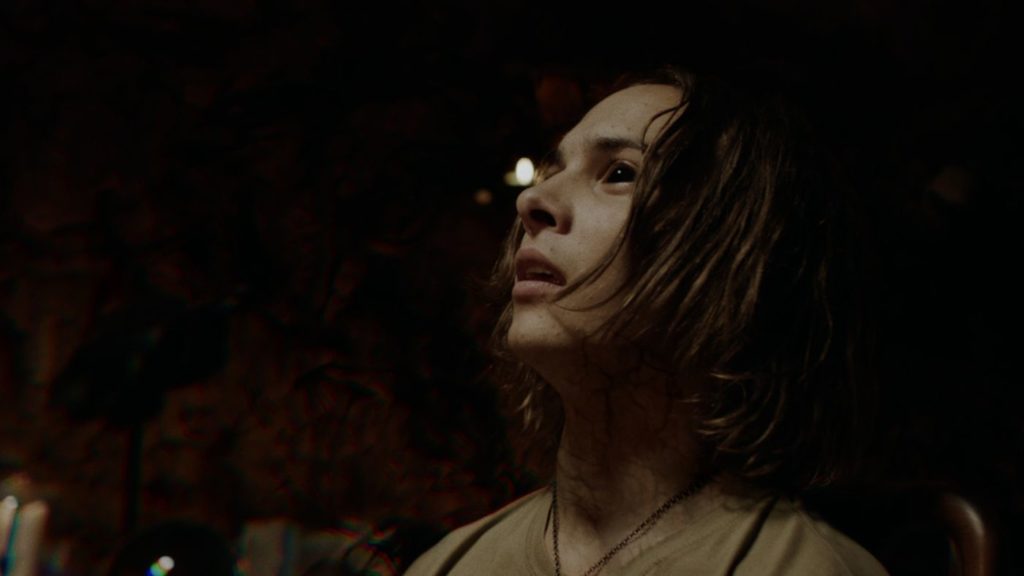 The spirits Alex finds, however, are not the friendly ghost sorts. They are dark and malevolent, and Alex’s repeated forays into the astral realm are allowing them greater access to ours. At  first, only Alex sees them manifesting around his room while he projects, but soon his roomates are seeing shadowy amorphous shapes lurking in the corners as well. These spirits eventually begin to gain enough power to be able to affect things in the physical world. Things have gotten out of Alex’s control, and unless he can do something about it, he and those around him are in danger.

Shadow people lurking about at the edges of our perception are the best kind of shadow people, I always say

As a low-budget, independently made horror film from first-time feature director Chris Mul, Astral is pretty good for most of its runtime. Mul and his cinematographer, Charles Heales (also his first feature, though he is a veteran of a number of shorts) work hard to make sure the movie doesn’t look cheap. Special visual effects are spare, and when they are deployed they’re used with restraint- but this just enhances their creepiness. We find ourselves, like the movie’s characters, staring into inky shadows trying to parse out just what it is we’re seeing. What is that? Did something just move? Shadow people lurking about at the edges of our perception are the best kind of shadow people, I always say.

Without getting into spoilers, I’ll say that as the movie moves into its third act, it starts to lose its sure-footedness. There’s one character who has so little to offer in terms of the story- his only function is to fill in some unnecessary backstory- that its surprising his scenes (yes, multiple) where left in the final cut. And the climax seems both rushed and out of left field, given how much the film tries to establish a “scientific” basis for astral projection early on. Talk of multi-dimensional space, psychological experiments and levels of consciousness give way to tarot cards and crucifixes. 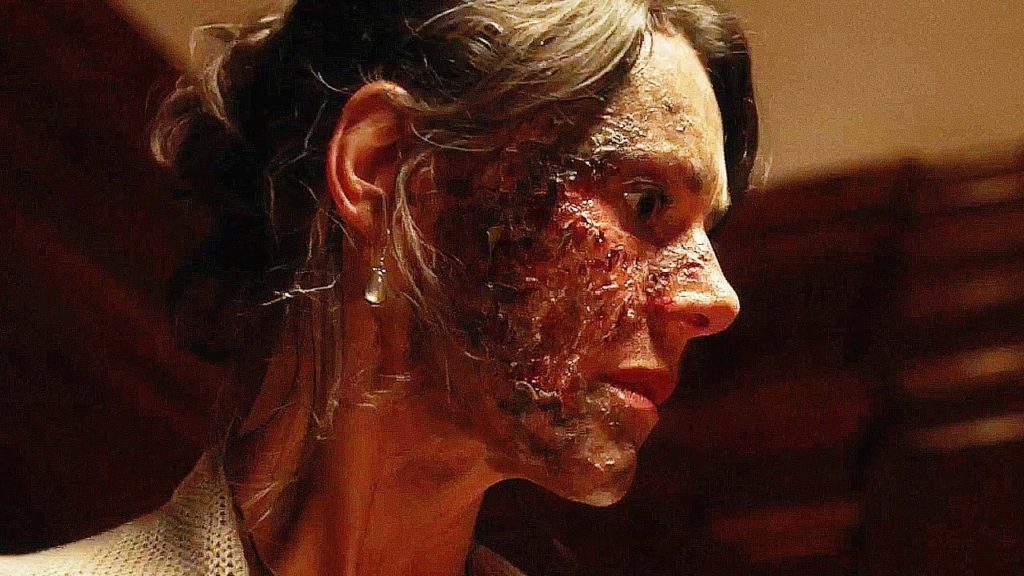 The young actors in the cast portraying Alex and his friends all do a good job (though having a British accent helps immeasurably when talking about stuff like this). Everybody gives natural and believable performances. Vanessa Grasse (previously seen in Leatherface) plays Alyssa, a friend who takes Alex’s attempts at research seriously- and has a major crush on him. The other castmates include Damson Idris, Jennifer Brookes and Ned Porteous. Dillane, whom I don’t recall having seen in anything before, has a strong young Johnny Depp vibe, with his dark eyes and full lips, minus the funny hats. The adults in the cast are less well-served. Each of them seem less like characters and more like NPCs in video games, who only hang out in one location and give expository dialog when needed.

Astral doesn’t break any new ground in the horror genre, but it is a mostly solid entry into the genre.

Astral doesn’t break any new ground in the horror genre, but it is a mostly solid entry into the genre. It’s moody and creepy in its buildup, it makes good use of its filming locations around the University of London, and it has a bunch of good, young actors. Unfortunately, Astral doesn’t stick the landing- its third act comes on way to fast and then jumps into a different subgenre. But I enjoyed the movie up to that point and would recommend it- especially to aspiring filmmakers as lessons on how to 1) make the most of a limited budget, and 2) be sure your screenplay is airtight before beginning filming.