Domhnall Gleeson Stars in Slow-Burn Thriller from Director of Room. 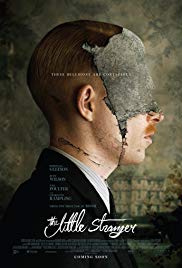 Room was, in many ways, a look at how one mother sought to keep the innocence of her child’s life safe and secure despite a horrific situation. It also showed how the evil she experienced being held hostage, and raped, in that room for so many years continued to hold her in a vice grip, even after she had been rescued from it.  Lenny Abrahamson, who directed Room, has found another film that hovers around familiar territory, even if the story’s setting and subject-matter are vastly different, through the adaptation of Susan Water’s novel The Little Strangers.

In 1948, Dr. Faraday (Domhnall Gleeson- Ex Machina, Star Wars: The Force Awakens & The Last Jedi) is called to Hundreds Hall, an aging country estate in England that he remembers fondly from his time attending a party there as a child.  It was a birthday party for the Ayres family’s daughter Susan (Tipper Seifert-Cleveland) who would eventually pass away due to diphtheria at age 8.  Now, years later, Faraday re-enters the once magnificent estate to treat the illness of the Ayres family maid, Betty (Liv Hill). 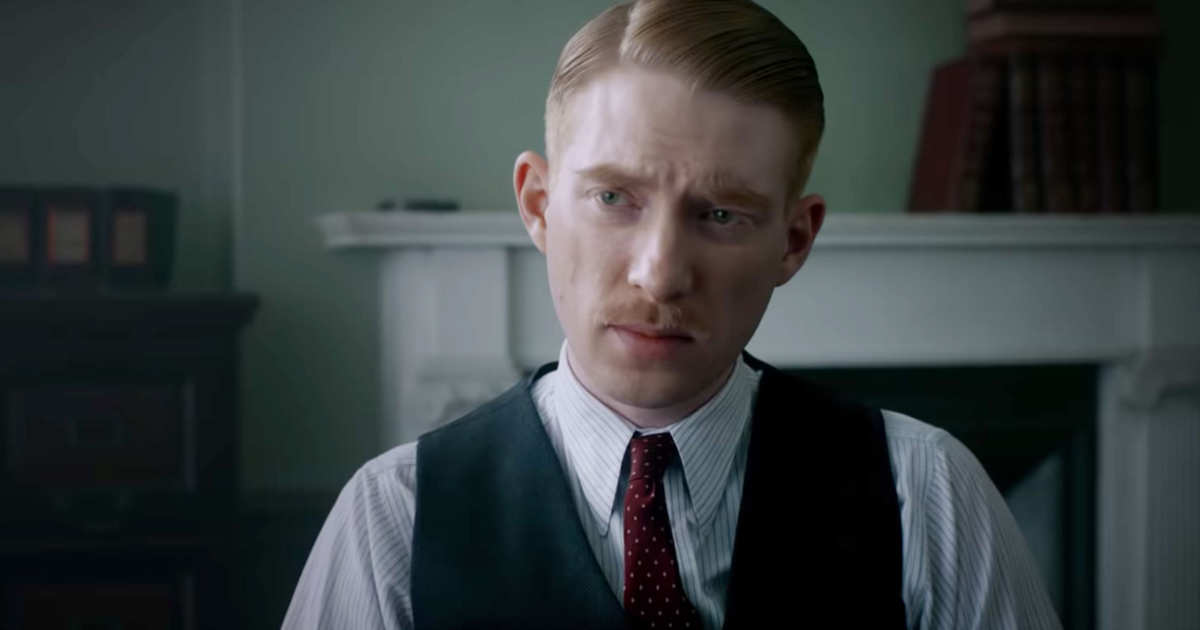 While there, Faraday connects with Roderick Ayres (Will Poulter- Detroit, Maze Runner, Voyage of the Dawn Treader), the son who now is responsible for the dilapidated estate, and who is suffering from wounds suffered in World War II.  There to help out is Roderick’s sister Caroline (Ruth Wilson- Saving Mr. Banks, The Lone Ranger), a girl who captures the eye of Dr. Faraday.

As Faraday gets closer to the Ayres family, he begins to notice that there is a darkness on this family.  Roderick believes it is a curse, and slowly one by one, each member of the Ayres family is affected by it, and the estate itself gets harder and harder to maintain.  Everyone believes that Caroline deserves more in life than to be chained to this crumbling estate that for nearly 200 years demonstrated the Ayres nobility.  If she could leave, and the estate be sold, she’d be free to achieve much more than if she simply tries to hang on to a dying monument of a previously posh and noble lifestyle. 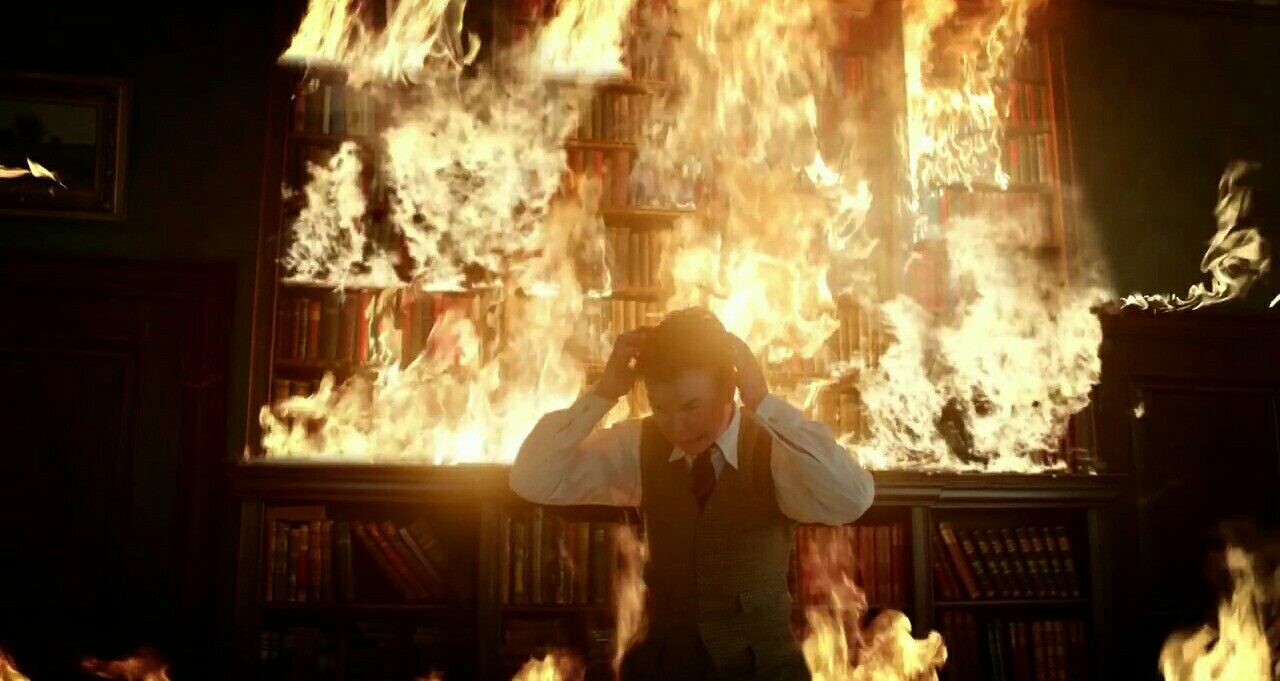 The Little Strangers is effective as it builds the darkening atmosphere of Hundreds Hall.  Slowly, but surely, this darkening atmosphere begins to invade each person connected with it, as we see character’s moods and basic demeanor shift subtly over the course of the film.  The film teases a ghost story in the trailer, and there is definitely a supernatural presence that pokes through the story-line from time to time.

This story, however, is being narrated by Dr. Faraday, and as he is a reasoned man of science, one should not put too much stock in anything that cannot be explained naturally.  Roderick’s growing paranoia of a presence in the home being responsible for a dog attack on a young child, to a sinister will that is prompting him to try to burn down the house, ends up landing him in the asylum. He worries about Caroline and his mother (Charlotte Rampling- Red Sparrow, 45 Years) and who this presence might target next. 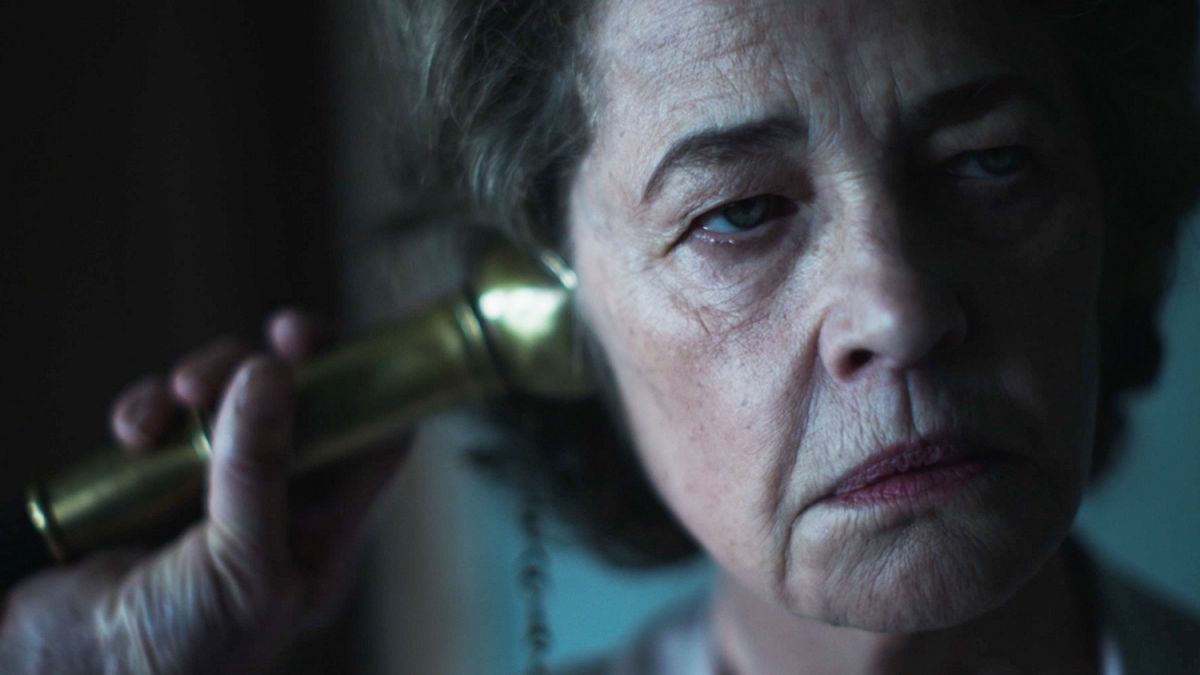 Mrs. Ayres has kept herself away for many years now, still mourning the loss of her daughter Susan so many years ago.  Her other children grew up mostly after Susan’s death, but both Roderick and Caroline suspect the supernatural force might be Susan’s ghost.

Those looking for a true, scary supernatural film will largely be disappointed.  This film teases at this angle, but The Little Stranger is more a case study in the politics of class in society, jealousy, obsession, and the long-term consequences of our actions.  Lenny Abrahamson does a strong job of maintaining the tense, thick, and dark atmosphere that slowly grows over the house and the characters throughout the film, letting the audience decide for themselves what it all means by the end. 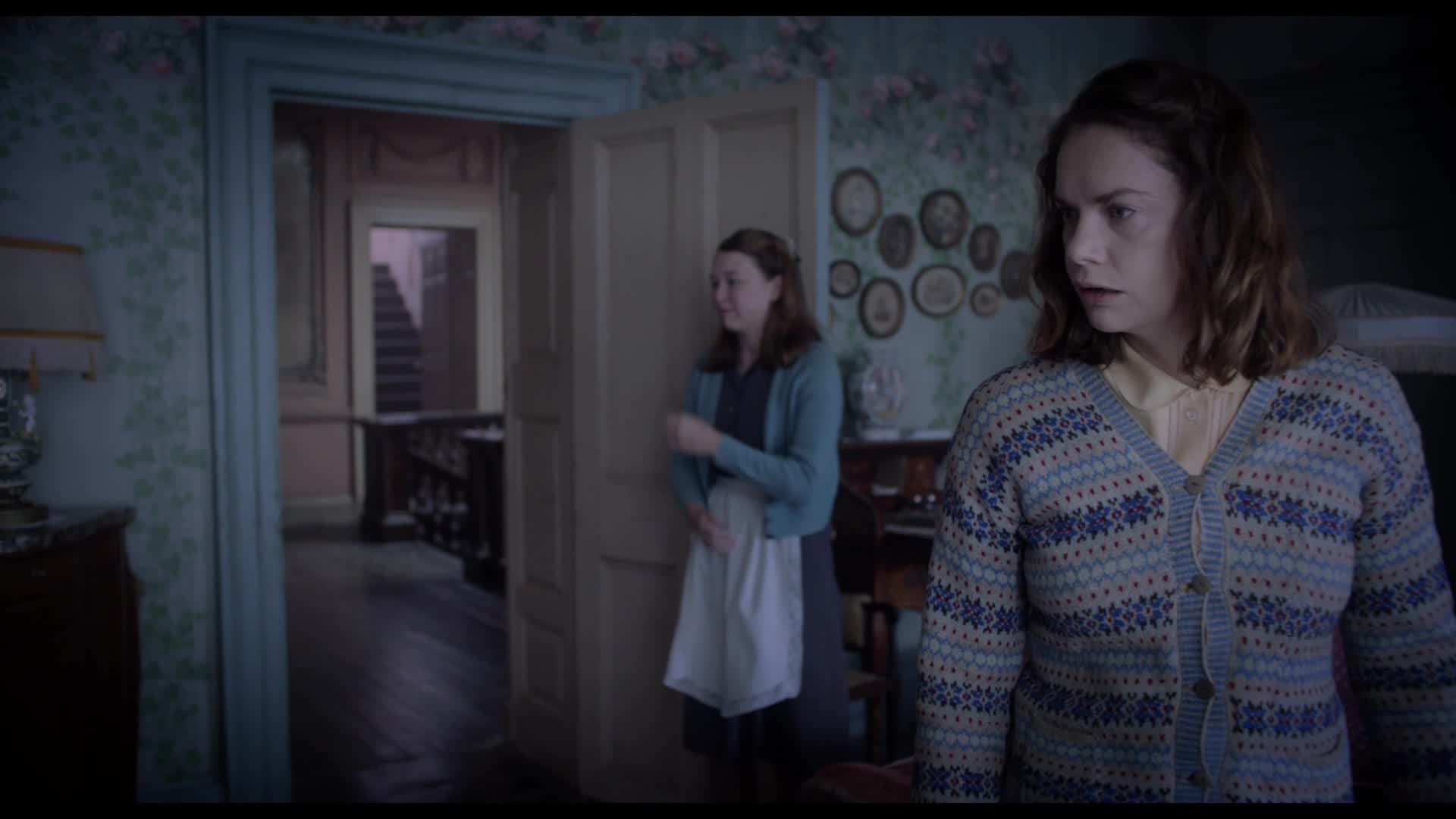 It should go without saying that Domhnall Gleeson is one of the best actors working today.  Every role he takes on becomes an interesting one, and his ability to pick projects that provide him a variety of roles across multiple genres, time periods, and situations is really a testament to his commitment to his craft.  In this way, he is much like his father, actor Brendan Gleeson (Braveheart, Calvary).  In The Little Stranger, Domhnall Gleeson is able to play so many angles to his character like the young doctor who is unsure of himself, to the ever-obsessive fiancee of Caroline whose shifting loyalties from his love of her to that of the estate house he admired as a boy subtly demonstrate his range.

The Little Stranger may not scare up a huge audiences who may not have the patience to sit through a slow, and dark period piece with only the occasional tease into the supernatural.  For those that do, the film will provide a thought provoking adaption of Susan Water’s book along with a richly atmospheric story featuring strong performances from its cast.