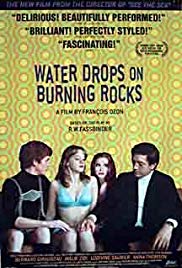 François Ozon has a delicious tendency to direct his films like a lifelong outcast and accused deviant who’s been granted a permanent position of moviemaking privilege.  Is he or is he not current cinema’s gleefully perverse lord, with a happily adventurous court and a devoted following of filmgoing peasants?

Though Ozon happily wades between respectable subtlety and outright kitsch, sometimes going as far as full-on trash, he doesn’t seemed too concerned with saving the world or crossing into the mainstream.  For more than two decades, the French auteur exuberantly trotted freely through the arthouse film scene.  This being cinema culture, where the unsullied Director’s Vision sits as the idealized Supreme, Ozon has quietly and loudly (it depends on whom you ask) carved out his own uncompromising niche.  With nearly annual regularity, he’s delivered a cinema of the subversive, the unpredictable, the confounding; challenging the sensitivities and tastes of even the most liberally minded viewers.  Ozon takes the freedom granted him, and runs its privileges around the track 360 degrees, if not further.

In the month of August, the curated streaming platform MUBI is celebrating this accomplished and unpredictable filmmaker with a showcase of four of his earlier works.  2000’s Water Drops on Burning Rocks, a sardonic four-hander based upon an unproduced play by Rainer Werner Fassbinder, falls smack in the middle of this eye-opening line-up, also including his first film, Sitcom (1998), Criminal Lovers (1999), Under the Sand (2000).  If ever two cinematic forces of different ages and locales seemed ideal matches, it must be Ozon and Fassbinder.  From their esteemed Euro-condemnations to their flairs for the biting, the theatrical, the perverse, Ozon’s filmography strikes one as the less unhinged, mentally healthier cinema of myopic workaholism. 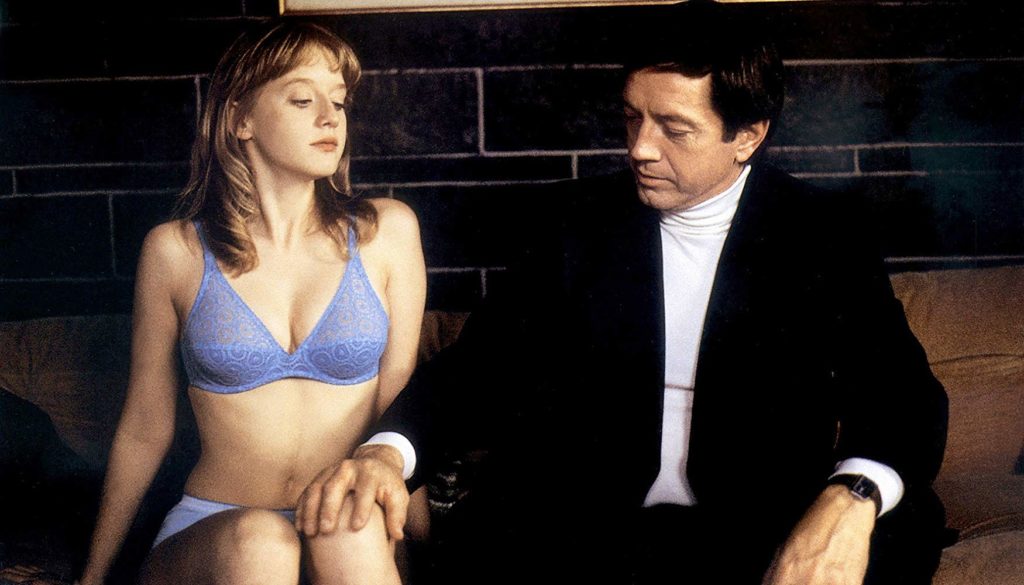 The presence of Ludivine Sagnier is another noteworthy reason to consider Water Drops on Burning Rocks.  Though only in the film for less than half of it’s not-long running time, her effervescence radiates throughout- even when it really shouldn’t.  Playing it as nakedly naive as she is naively naked at times, her character is Anna, the forsaken ex-girlfriend of Franz (Malik Zidi), who’s stumbled upon far greater fulfillment as a subservient boy-toy to the middle aged Léopold (frequent Ozon player Bernard Giraudeau).  Ozon used Sagnier to similar and even more effective ends in his slightly later films 8 Women (2002) and Swimming Pool (2003).

The primary focus of Water Drops, though, are Franz and Léopold.  They alone occupy the first thirty minutes, clashing and conforming and conforming and clashing in Léopold’s attractive apartment, a retro furnished dwelling even for the story’s early 1970s timeframe.  Léopold’s predatory sights being set on young Franz is clear as day to everyone but the target.  Franz shruggingly confides that he never enjoyed sex with his girlfriend, Léopold coldly acknowledges that he understands. 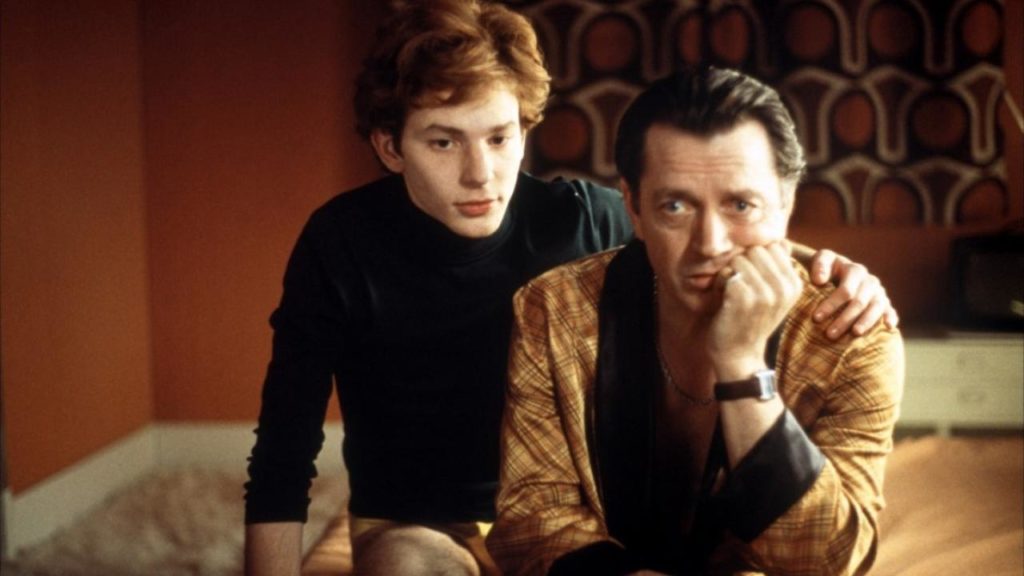 Cut to a few months later, Franz has straightened his naturally curly hair, and finds himself sporting lederhosen and frilly aprons around the apartment, where he now lives.  When his ex-girlfriend, Anna, tracks him down, he’s had it with Léopold, and gladly finds his masculine mojo with her.  Then, they find a gun…

Then, Léopold shows up; then Léopold’s ex-girlfriend, Véra (Anna Thomson).  For the rest of the film, it’s this four person entanglement, sexually and otherwise.  As delineated pairings simply evaporate with everyone hooking up with anyone, so do does Franz’s mental state.  Ozon plays up all of this with a wicked streak of dark humor and no shortage of condescension for his characters.  It would be interesting to know if this is how Fassbinder’s script handles them, and just how many liberties Ozon has taken.

In any case, Ozon turns material that could easily fall into the trap of “visual staginess” into something engagingly cinematic, an early forbearer of so much of what would follow in his career.  As the late Fassbinder would’ve likely agreed, it’s a weirdly sick story for a weirdly sick society.