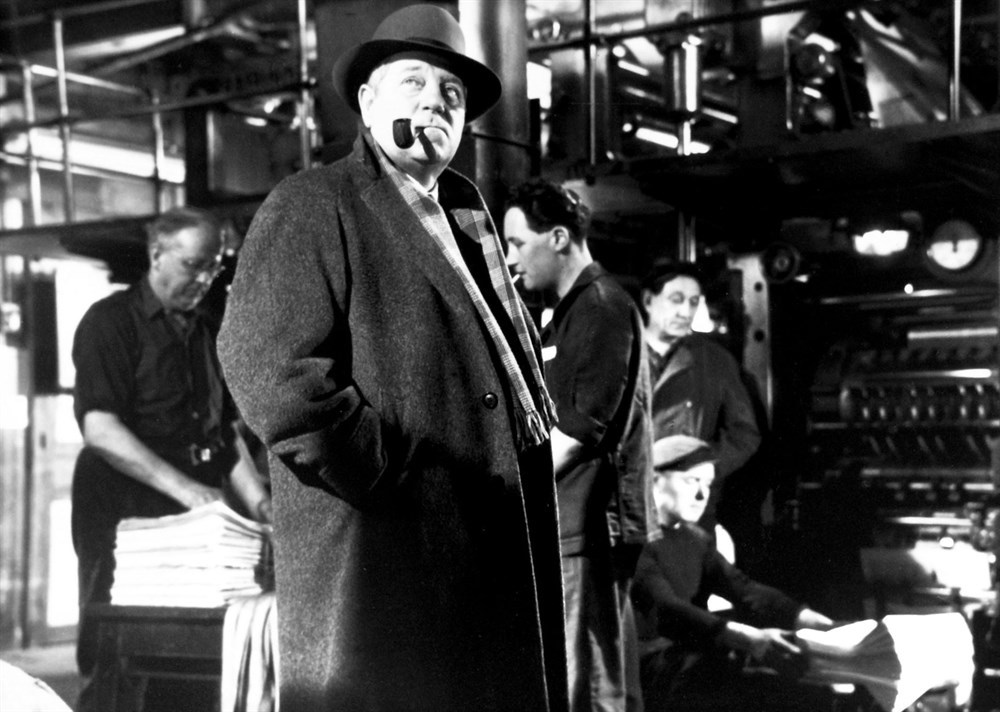 A long-standing French character prominent in print, film and television, Le commissaire divisionnaire Jules Maigret originated in a long series of books and short stories by Georges Simenon. Almost immediately upon his debut in 1931, the weary yet tenacious Maigret staked his claim in popular culture. The crime solver has been played on screen in English by high caliber actors Charles Laughton, Michael Gambon, Richard Harris and Rowan Atkinson, among others. In French versions, the list runs far longer. High profile directors Jean Renoir and Julien Duvivier have put their stamp on the character during his earliest years.

When a couple of films manage to appeal to and please World Cinema buffs and fans of CBS television murder dramas, one knows that they are something special.

In Bertrand Tavernier’s recent documentary opus, My Journey Through French Cinema, the renowned critic and filmmaker makes a case that quality cinema in his homeland during the second half of the twentieth century did, in fact, not begin with the Nouvelle Vague. The praise and legacy of The French New Wave (as the regarded movement is known stateside and elsewhere) has typically been built upon the legacy Truffaut, Godard and company storming the gates of a tepid and out of touch national cinema. As much of a watershed as the New Wave was to the art form, one needn’t look any further than the pair of Maigret films made by Jean Delannoy during the earliest moments of the movement (1958 and 1959) to see that that wasn’t completely the case. Tavernier used clips to prove it. For good measure, Kino Lorber has released to Blu-Ray the beautifully restored Maigret films, starring iconic actor Jean Gabin in the title role.

The synchronicity of the timing of Tavernier’s assessment is serendipitous. Cinephiles love to chase after those previously unheard of films that are demonstrated thusly in film history documentaries such as My Journey Through French Cinema. Now, just as soon as they complete that Blu-Ray, they can turn around and buy with confidence at least two of his warmly reflected titles, Maigret Sets a Trap and Maigret and the St. Fiacre Case. 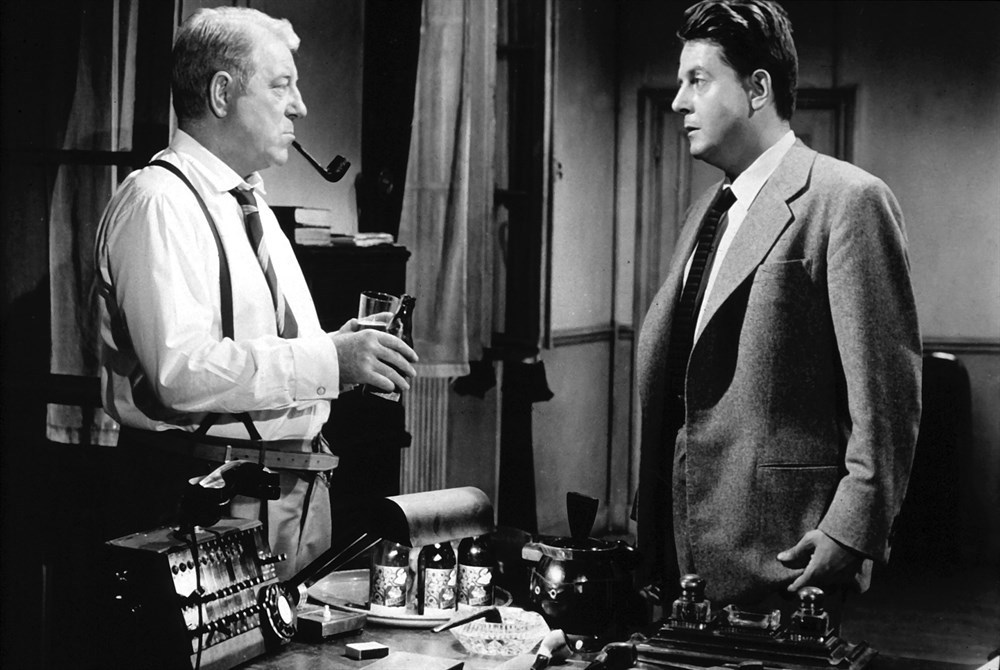 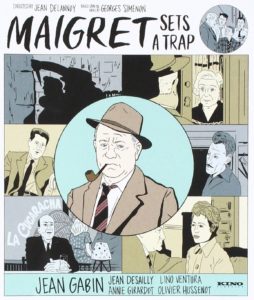 The two-film Maigret collaboration between Delannoy and Gabin starts with a stylistic bang, as another in a series of women murdered in the streets turns up. In an urgent and odd point of view shot, we see the killer’s hand activate a local police call box, essentially requesting Maigret to the scene. As the title implies, to contend with this obvious trap, the veteran police inspector must counter with one of his own. Suspects tally up, then are narrowed down in conventional, effective mystery-storytelling fashion.

All the while, the beautifully absorbing black and white photography proves even more immersive. As for Gabin’s Maigret, he is a kind of lumbering Columbo up to and until the moment he decidedly reveals what’s what; he then flies into a fit of righteous rage. But such passion is a longtime coming for this seen-it-all arm of the law.

Maigret and the St. Fiacre Case 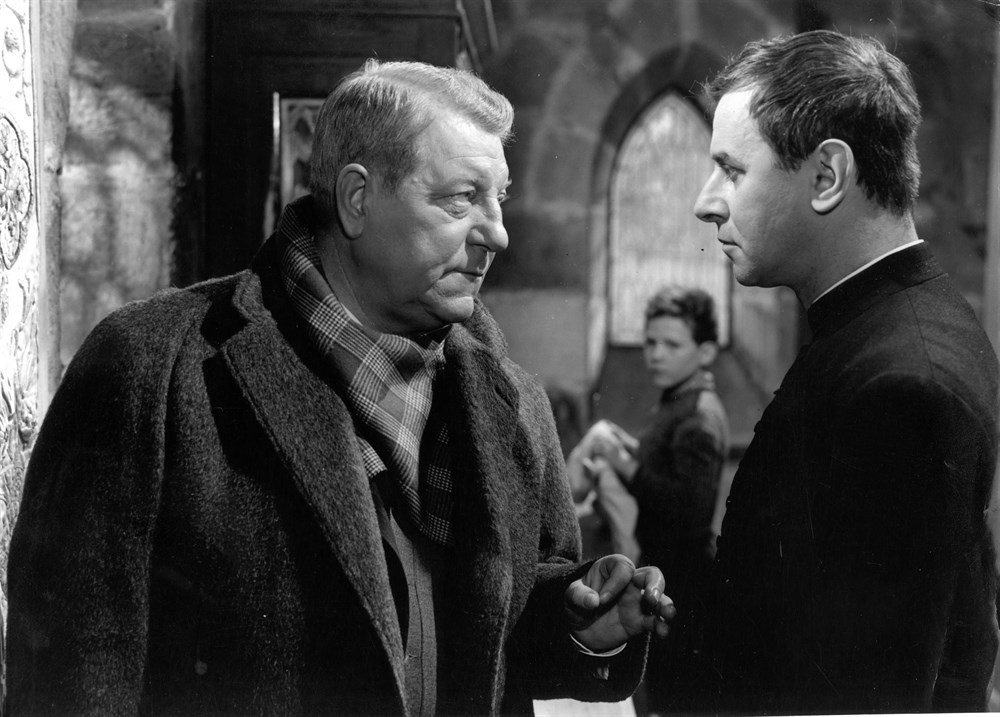 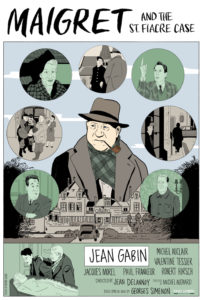 Maigret hits the road for his second case with Delannoy, taking to the small provincial town in the French countryside. While there visiting his old friend, the duchess of Saint-Fiacre. In this time, she is tipped off that while attending mass, she meet her end. Despite Maigret’s best efforts to prevent this, he cannot. The duchess’s mysterious death, having occurred in the span of an unbroken implicating pan around the ornate church, is a major failure for multiple reasons for our protagonist. Shifty characters in the family, the community, and even the church make up a solid list of suspects. And into deductive mode the movie goes…

Delannoy makes these films with a noticeable expressionistic flair; never overpowering or showy, but deceptively dynamic. As the plots get up their respective heads of steam, the director lulls the viewer into a conventional rhythm, only to mischievously undercut it with a snap-quick camera move. All the while, it’s appropriately easy to get caught up in the talky-talk who-did-what of it all.

One point that typically is raised less often on the Blu-Ray reviewing front is in regard to cover art. In the case of these two Maigret releases, the starkly rendered cover illustrations by Nathan Gelgud are among the finest, most perfect original cover art contributions that this critic has seen in twenty years of active involvement with DVD and Blu-Rays. The limited color palate (ash grey, workaday brown, trench coat beige and robins egg blue on ink black and white) and lonely line art evoke an indie comics/small press nostalgia that is somehow just right for these films. It’s not the kind of graphic representation that would occur to many, so hats off to the art department at Kino Lorber for such an enriching effort. 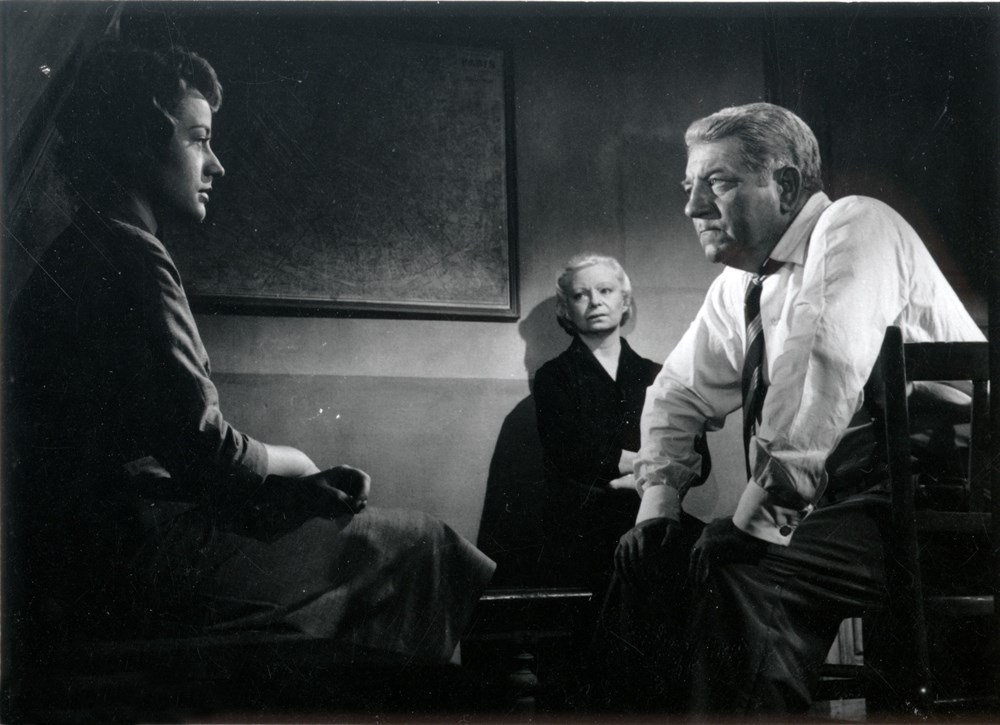 Not that the movies themselves need anything in the way of enriching. Both appear to be top notch transfers of astonishing black and white restorations. The evocative cinematography and familiar yet dreamlike noir surroundings of Maigret’s environments, be they urban in the first film, or more rural in the second, are nonetheless equally compelling. Extras are absent, but no matter – the Blu-Ray format is the ideal way to experience these discoveries.  Both films are in French with English subtitles available.

When a couple of films manage to appeal to and please World Cinema buffs and fans of CBS television murder dramas, one knows that they are something special. The Gabin/Delannoy Maigret films are just such dispatches.