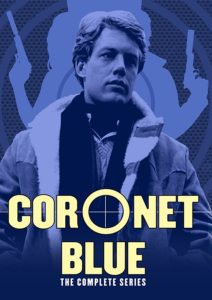 Stop me if you’ve heard this one before. A man gets fished out of the water barely alive, his memory a total blank, with an endless parade of faceless agents trying to kill him at every turn. He must figure out who he is and who is after him if he is to have any chance of survival.

No, this is not Jason Bourne. This is Coronet Blue, a short-lived TV series conceived and aired a full 13 years before Robert Ludlum took pen to paper and gave us the first Bourne novel. Created by Larry Cohen (the creator of the TV Western Branded and writer/director of such later cult classics as The Stuff and Black Caesar), Coronet Blue tells the story of Michael Alden (character actor Frank Converse, best known from the TV series Movin’ On and N.Y.P.D.), a man desperately trying to regain his memory. His only clue is the phrase “Coronet Blue,” which he muttered to the doctors who nursed him back to health in the opening episode.

It’s a killer hook: the man caught up on a web of danger and intrigue that he can’t remember anything about except for the most fleeting of glimpses, trying to stay one step ahead of his unknown and unseen enemies. And over the years, a legend has been built up around Coronet Blue among those versed in obscure TV trivia who have proclaimed its overarching story a precursor to modern television storytelling, balancing episodic plots with the larger mystery of “Who is Michael Alden?”

Instead of new clues each week to Michael Alden’s true identity to help us figure out the mystery, each new episode gives us a new red herring which time and time again proves to have nothing to do with who he is or what “Coronet Blue” means.

I’d like to say that the legend holds up, but unfortunately watching the thirteen episodes contained on the Kino Lorber Studio Classics DVD fifty years after its premiere, I was ultimately disappointed in this aspect of Coronet Blue. Far from being a story that builds over the episodes, its overarching plot is just a slight variation on The Fugitive, something that can be summed up at the beginning of each episode to provide the McGuffin for that week’s stand-alone adventure. Instead of new clues each week to Michael Alden’s true identity to help us figure out the mystery, each new episode gives us a new red herring which time and time again proves to have nothing to do with who he is or what “Coronet Blue” means. Similarly, the episodic format tends to highlight the down side of making your main character an amnesiac, as Michael Alden comes off as a cypher in most stories, someone to ask questions and get into trouble but without much of a personality beyond being blandly affable and confused. 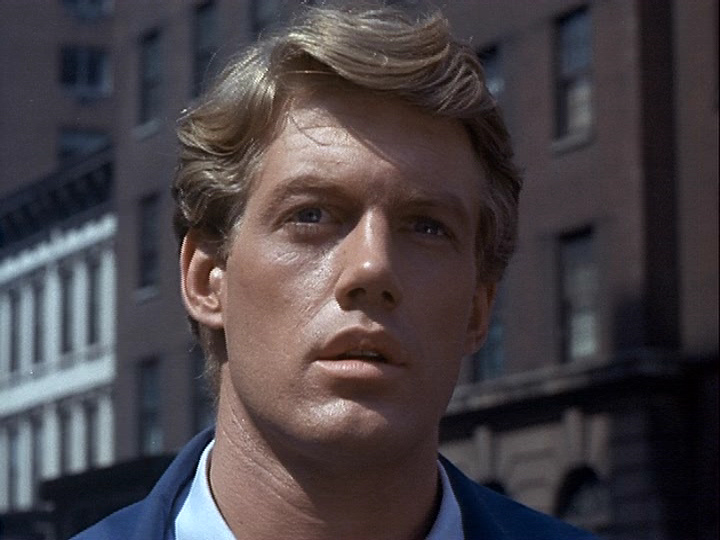 Perhaps realizing the limits of the characterization of Michael Alden, the producers provided him with two colorful friends who steal almost every scene they are in: Max Spier (Joe Silver), the sardonic owner of the café where Alden works, always ready with a deadpan quip and a sympathetic ear, and Brother Anthony (Brian Bedford), a former monk who leaves his Order to experience life in New York City. (By the end of the run, they were even getting episodes in which they were given the main plotline, with Michael Alden only playing a supporting role.)

As for the episodes, most are familiar plotlines and themes to other TV dramas of the era: episodes center around then-topical concerns like student protests, pop music, and the emerging martial arts, and many times the connection to the central mystery is a real stretch. Which isn’t to say that the show isn’t without its charms, especially if you like shows from the Sixties. The supporting cast is strong, and Frank Converse does what he can with his underwritten role. The writing is always engaging, even as the plotlines stray further and further from the central mystery (in one particularly crazy episode, Michael Alden even gets to train as an astronaut for a trip to Mars). And the guest stars are a parade of soon-to-be stars, including early turns by Candice Bergen, Billy Dee Williams, Roy Scheider, Brenda Vaccaro, Sally Kellerman, Denholm Elliott and Jon Voight. Alan Alda even shows up as an astronaut in the infamous Mars training episode to go completely space crazy – and trust me, there are few things more entertaining than watching Alan Alda going space crazy! 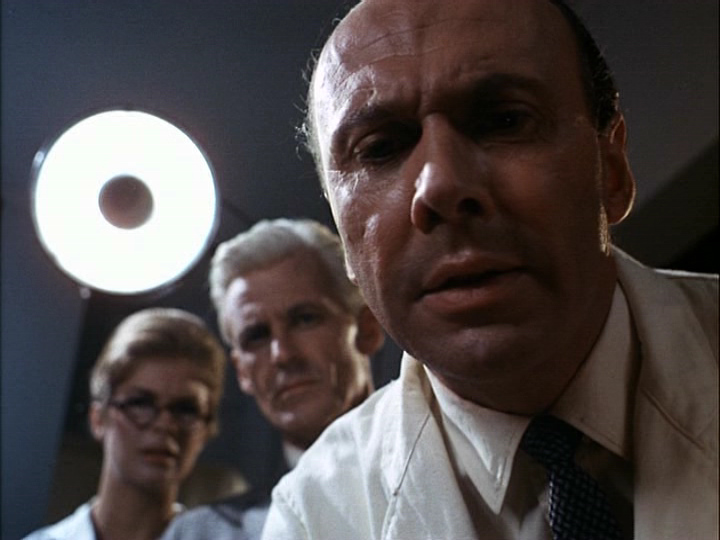 As for the Kino Lorber Studio Classics DVD, the picture won’t win any awards and shows its age in spots, but it is clean and clear, free from any noticeable damage save for a few specks here and there, none of which I found detracting. Audio is typical television monaural sound from that era. The DVD’s sole extra is a fascinating twelve-minute interview with creator Larry Cohen in which he discusses the origin of the series, his frustrations with the production (which he ultimately had no part in, apart from writing the pilot script), and – at long last – the answer to the central mystery “Who is Michael Alden?”

In the end, I have to agree with creator Larry Cohen: Cornet Blue  was an excellent and pioneering idea that ultimately fell down in the execution. In his interview, Cohen relates how his initial pitch of a suspense/spy series with a central, continuing mystery was taken away from him by the Network and producer Herbert Brodkin and turned into something much more conventional than he had envisioned. It’s a fine series, but it had the potential to be so much more. And, as he freely admits, the most memorable thing about the entire production by far was the theme song. (And he’s not lying – one listen and it will be stuck in your head for weeks…) 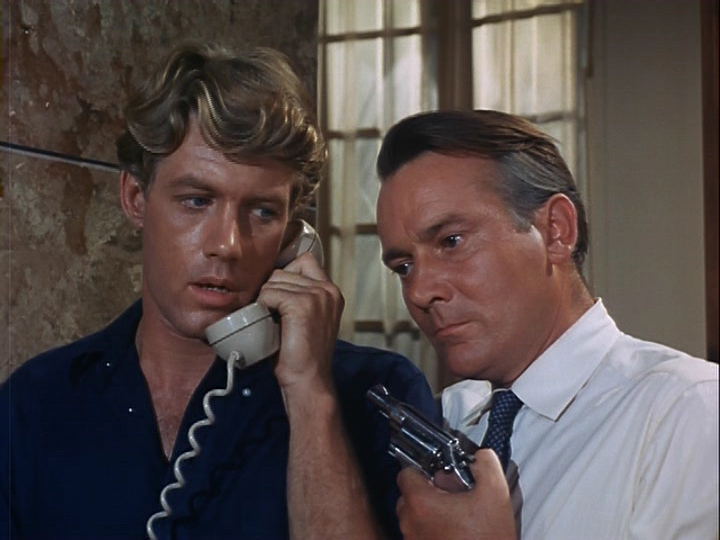