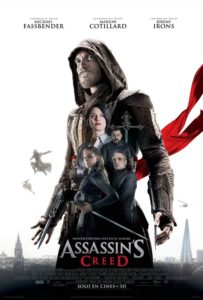 When it comes to movies that are based on video games, so many of them seem to be about “The One”. Yet, when it comes to said movies actually being any good, there’s been “No One.” Beautifully photographed, immaculately designed, and boasting a stunningly lofty cast, this long-in-coming adaptation of the prolific game series Assassin’s Creed soars from the gate with tremendous promise. Might this be the one…?

Just as the child version of Michael Fassbender’s modern day protagonist first soars from a rooftop as he attempts to jump his bike to a neighboring rooftop, so to does the film. Unfortunately, also like the ill-advised stunt in question, it comes crashing down in failure a mere moment later. Few major productions take their audience from such a pronounced level of “Wow” to “I’m really ready for this to be over” so quickly.

Nearly every shot set in the warring past is still-frame worthy. Too bad the movie has no pulse.

That’s not to say that Assassin’s Creed doesn’t have a lot going for it; it most certainly does. And that’s the great pain it. It’s the kind of aesthetic effort that ultimately cannot save a lumbering, predictable dour narrative such as this. As the fifteen-plus minutes of closing credits attest, a supreme amount of care, cash, and man-hours went into the making of this movie. The greater good is that a lot of people earned a lot of good money while working on this project. 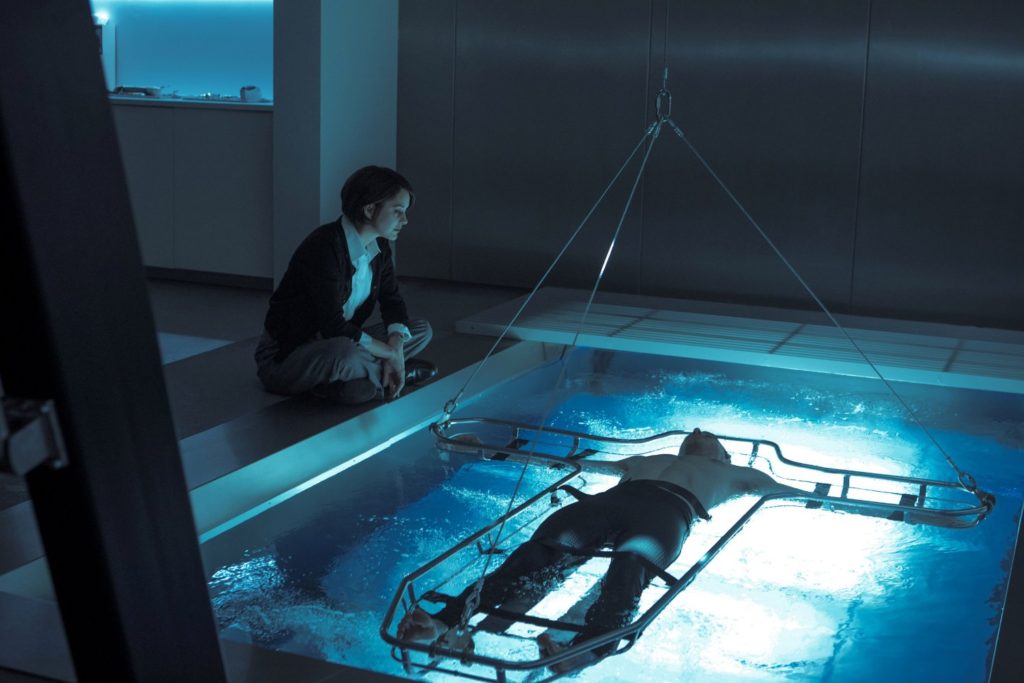 He’ll be their savor. How’d you guess?

Fassbender plays Cal Lynch, a death row inmate who’s time has come. Not his time to die, which he’s about to do when he’s introduced, but rather, his time to fight! Reeling throughout his entire life from the apparent murder of his mother at the hands of his father, the troubled adult Lynch awakens in a sterile and stark secret facility, snatched away literally in his final seconds, for study, observation and training by a scientist named Sofia, played by Marion Cotillard.

Sofia works for overlord Jeremy Irons, who’s not even trying to conceal his devilish villainy under his black turtleneck. The whole operation is the modern day incarnation of the Knights Templar, in this case a holy order devoted to recovering the original Apple of Eden. This has been their quest for at least 500 years, back when medieval warfare was medieval warfare. (Actually, it’s all noticeably, even distractingly, bloodless.) With the sacred Apple, its wielder obtains a behavioral control over humanity – something, it’s stated, that the Templar organization has tried and failed at throughout history. Religion, politics, and now consumerism – all have failed to make us less violent toward one another. 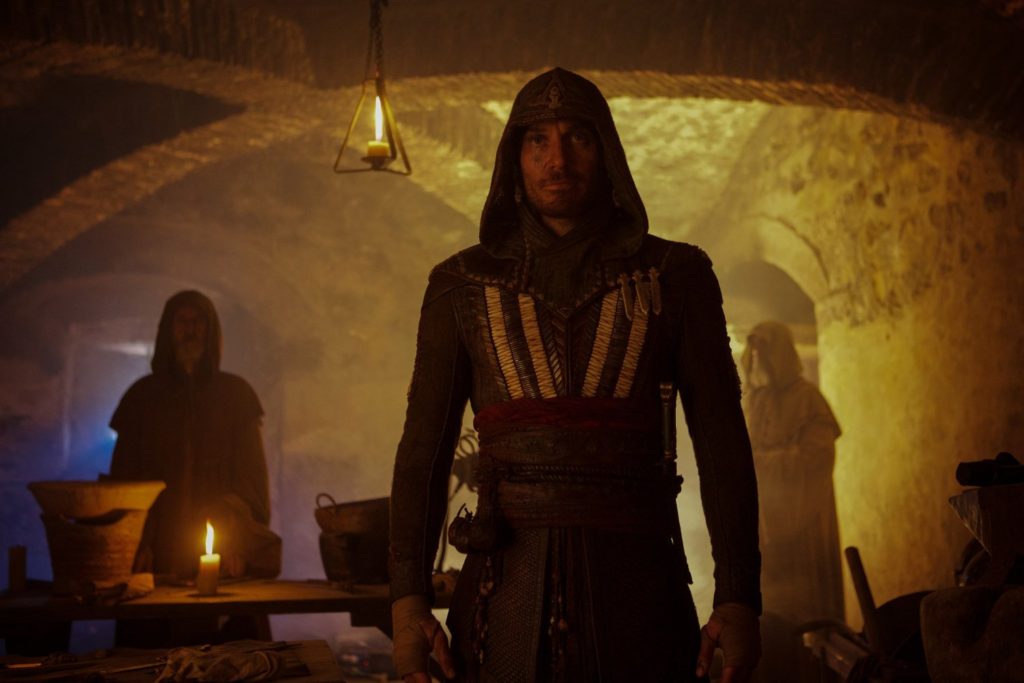 Opposing Templar are the order of Assassins, an ancient bunch of master killers who seek to protect free will. (Confession: As uninterested as I was in all of this by this time, this is the level of sense it made. Every minute that ticked by, the less engaged I became and simply settled into “looking at it”. Your milage may vary.) Lynch, while in containment, learns of his Assassin heritage, and develops the ability to interact with the memories of the warrior of 500 years ago, Aguilar. He, Sofia knows, is The One she’s been looking for…

Through repeatedly being wired into an impressively giant multi-point virtual reality gimbel, and a lot of cross-cutting, Lynch experiences the battle from the grueling comfort of his own Danger Room confinement. By the third go-round, I was rooting for the machine to break down. That lead to wondering about how many technicians are qualified to fix such a rig. 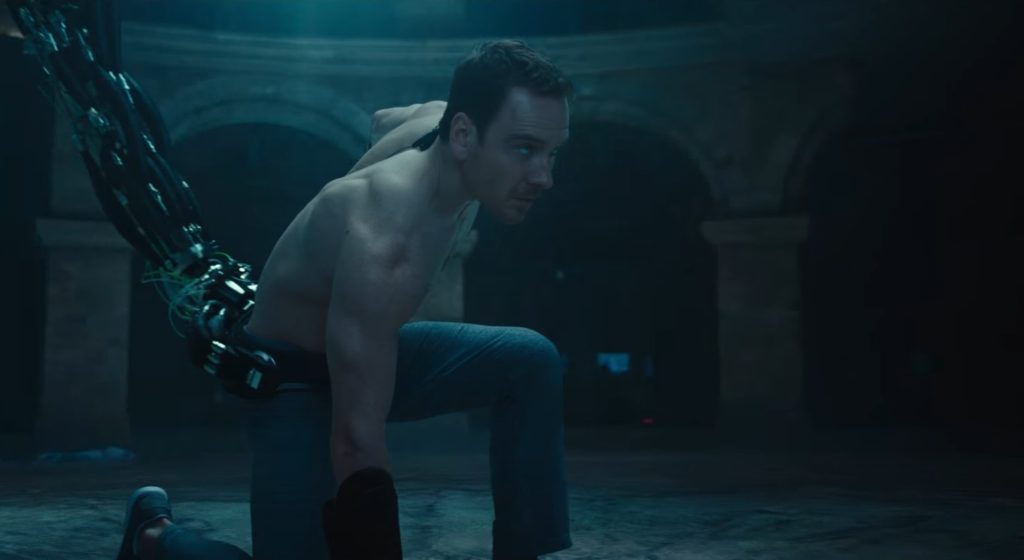 Filmmaker Justin Kurzel, who previously steered Fassbender to interesting results in 2015’s Macbeth, once again steps into a past age with the actor in the lead. Director of Photography Adam Arkapaw, another veteran of Macbeth, has put his all and then some into the fantastically controlled feel of this film. Nearly every shot set in the warring past is still-frame worthy. Too bad the movie has no pulse.

Having never played any of the many Assassin’s Creed video games that have been put out, I can’t say how this functions as an adaptation, or which game it might be based upon. I have, however, seen countless action films and blockbusters, and among those, this one ranks unfortunately low.

As for the cast, the would-be pleasures of seeing Charlotte Rampling act opposite Jeremy Irons, or Brendan Gleeson interact with Fassbender or Cotillard is snuffed by the material. Here they all are, in a video game adaptation. Their participation is far more of a dichotomy than Sir Ralph Richardson turning up as the Supreme Being in Time Bandits. His character, incidentally, utters the central conceit of Assassin’s Creed: “I think it has something to do with free will.”

Even with this cast, and these production values, a good video game could not be rendered. With this level of effort proving unsuccessful, is it worth rebooting this sub-genre for another go?