Film Review: RAIDERS! THE STORY OF THE GREATEST FAN FILM EVER MADE 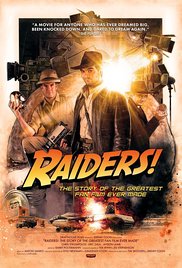 Raiders! The Story of the Greatest Fan Film Ever Made is a fascinating documentary chronicling the amazing feat that took place from 1981-1987 where three 11-year old boys decided to film a shot-by-shot remake of Raiders of the Lost Ark.  They would spend the next 6 years filming each scene with as much accuracy as they could muster, with each actor assuming many roles in the film, both in front of the camera or behind the scenes.  By 1987 they had filmed all of the movie, except for one iconic scene that proved to be to much for them: the fight between Indiana Jones and the Nazi soldier that culminated with the destruction of the Nazi cargo plane that was to fly the Ark of the Covenant back to Berlin.

The name of the fan-film came to be known as Raiders of the Lost Ark: The Adaptation, and for years it was a small cult hit as VHS copies of it were passed around among a relatively small group of fans.  Over the years, however, its cult status grew, eventually capturing the attention of director Eli Roth who put it into the hands of Ain’t it Cool News head Harry Knowles and Alamo Drafthouse pioneer, Tim League for their “Butt-Numb-A-Thon 4” event.  When there was enough dead space before the next film, Tim and Harry put on this VHS tape without having seen it. They had just been given a synopsis by Eli Roth.  It was only meant to fill an hour gap in the schedule, but ended up being the hit of the event with lots of cheering throughout its playing, and loud boos when it was cut off for the regularly scheduled programming.  This ended up with Eli Roth committed to tracking down the makers of this adaptation, and also getting this tape to Steven Spielberg, who had directed Raiders of the Lost Ark.

Movies once inspired us to dream and pretend, and play. This documentary captures that feeling once again!

Eric Zala, Chris Strompolos, and Jayson Lamb were 3 friends who began this journey with their mutual love of Raiders of the Lost Ark.  All 3 had wildly different personalities, strengths, and abilities, but all shared a bond over this movie.  Using everyday camcorders, and BetaMax recorders, and the like, they were able to create some of the most iconic scenes from the original film with everyday items, great location scouting in their small Mississippi town, and just shear tenacity to dream big. 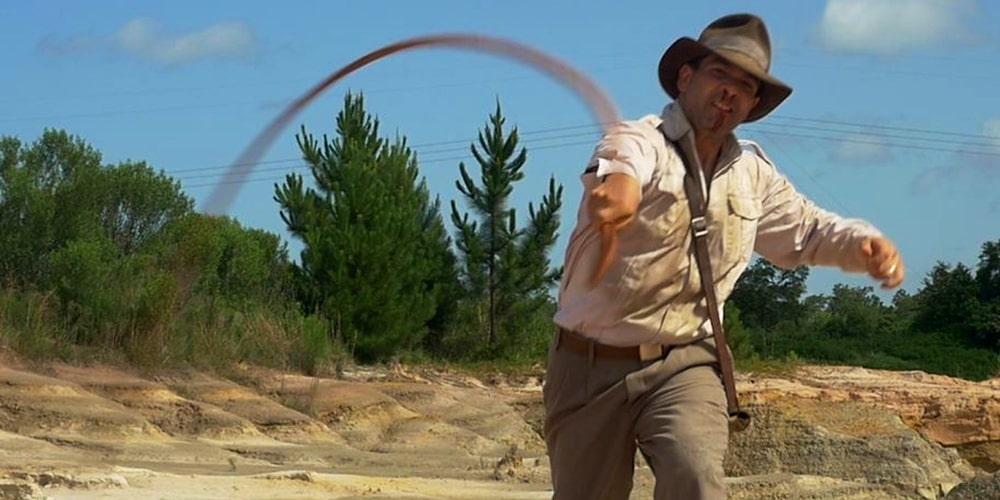 While the documentary of Raiders! captures their story, we only get a small peak of what was filmed before.  But what is nice is that we see a few of the scenes shot by Eric, Chris, and Jayson, next to the original film and it is amazing what these kids were able to accomplish.  From the scene where Indy is dragged under the truck, the shootout in the Nepal bar, to the ghosts that come from the Ark of the Covenant, these kids created it all….except the iconic plane fight scene I mentioned earlier.

Fast forward to 2013, and these three former friends who had drifted their separate ways over the years, find this interest from Harry Knowles, Tim League, and Eli Roth to be staggering.  Their childhood project was now getting serious attention, so many years later.  Now in their late 40’s, they decide to do a KickStarter campaign to fund the filming of the final scene that had until now escaped their grasp.

With enough backers, and using up every favor and goodwill from their employers who didn’t want them missing so much work, they break out the original fedora, bullwhip, and jacket from before, and painstakingly plot out each shot they they will need to do to pull this off.  This includes building an actual plane that mirrors the one from the film, including pyrotechnics, and background props, including a camel who walks across scene.  It also invovles them tracking down as much of the original cast and crew as they can.  With their families behind them, and their relationships with each other re-established, Eric and Chris and Jayson jump back into a project that they began over 30 years before. 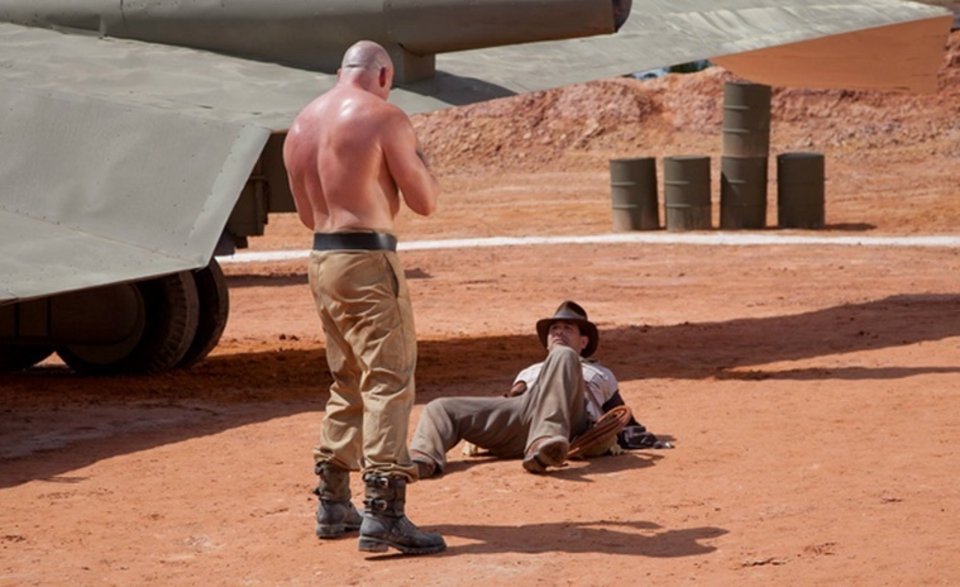 The documentary shows the trials they faced with this new shoot, all the while telling the story from 1981 on.  For anyone who loved the original Indiana Jones film, this documentary is a fascinating look at 3 kids who did exactly what I did after seeing it in the theater: I began acting it out.  This film makes you remember when you were pretending that you were looking for treasure, fighting the bad guys and getting the girl in the end.  Movies once inspired us to dream and pretend, and play. This documentary captures that feeling once again!

Today, even superhero films can be so weighed down with dark themes, questioning whether our hero even wants to be a hero….Superman is now a film you can’t really even take your kids to anymore.  But in 1981, films like Raiders of the Lost Ark inspired so much more out of the audiance.  Raiders! The Story of the Greatest Fan Film Ever Made captures that feeling and brings us a real story in our present time of individuals who haven’t lost that ability.

Raiders of the Lost Ark is perhaps my favorite action film of all time, and this documentary has brought me back to my childhood all over again.  Seeing John Rhys-Davies who played Sallah in the original film, speaking about the adaptation, and getting to hear about the reaction of Steven Spielberg, is just icing on the cake.  Find this film and get caught up in a wonderful cult phenomenon that will take you back to your childhood too! 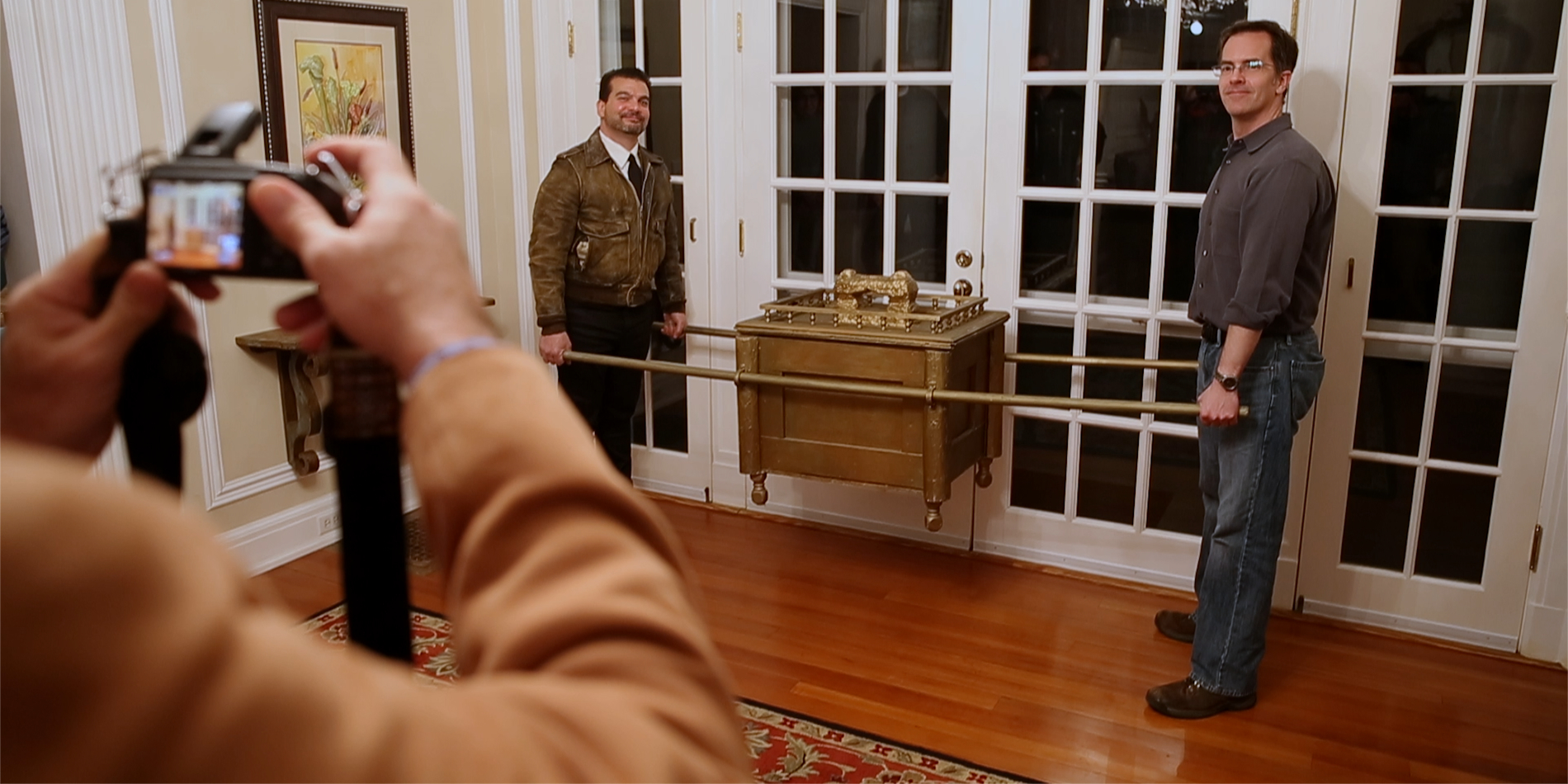