A Unique Look At Another Side Of The Legendary Author

Ernest Hemingway continues to fascinate the American cultural landscape for over 50 years after his death.

Despite being a reporter, a famed writer of novels and short stories, and winner of the Pulitzer Prize for Literature, there is another fascinating side of Hemingway that America doesn’t widely know.  In the late 1950’s, Miami Globe writer Denne Bart Petitclerc wrote to Ernest Hemingway to let him know how Hemingway had changed his life, despite the two having never met.  Petitclerc was abandoned by his father on a Christmas shopping outing during the Great Depression and was orphaned.  Growing up, Petitclerc found solace in Hemingway’s writings, even copying short stories word for word to learn about grammar, sentence structure, phrasing, and how to effectively type and share stories.  Petitclerc also went into journalism like his hero to lay a foundation to be a writer.

Petitclerc received a reply from Hemingway, who was living in Cuba and was invited to join him on a fishing trip.  A relationship was formed, with Petitclerc gaining a father-figure in Hemingway.  Before his 2006 death, Petitclerc who had written other television and movie scripts, was working on the script for the film version of his experience with Hemingway.  That script, which he receives full writing credits on, is the film Papa Hemingway in Cuba.

The film is directed by Bob Yari, a producer with many credits to his name including Crash, and The Illusionist.  This is only his second directorial effort, with the last one being in 1989.  Despite this break, Papa Hemingway in Cuba is a strong effort detailing the last couple of years Hemingway spent in his beloved Cuban home.  Fittingly, this film is also the first one to be filmed on location in Cuba in over 50 years, with the Cuban government even allowing for filming in the Hemingway estate.  They have kept it as a museum, leaving it exactly as Hemingway left it when he left the island nation for the last time in 1960.  Visitors aren’t even allowed inside, but this setting along with the authentic locations in Havana (which according to the director haven’t changed at all in the last 50-plus years due to the trade embargo) provide a rich experience of this story with the setting being an essential character in the relationship between the beloved author and Denne Petitclerc. 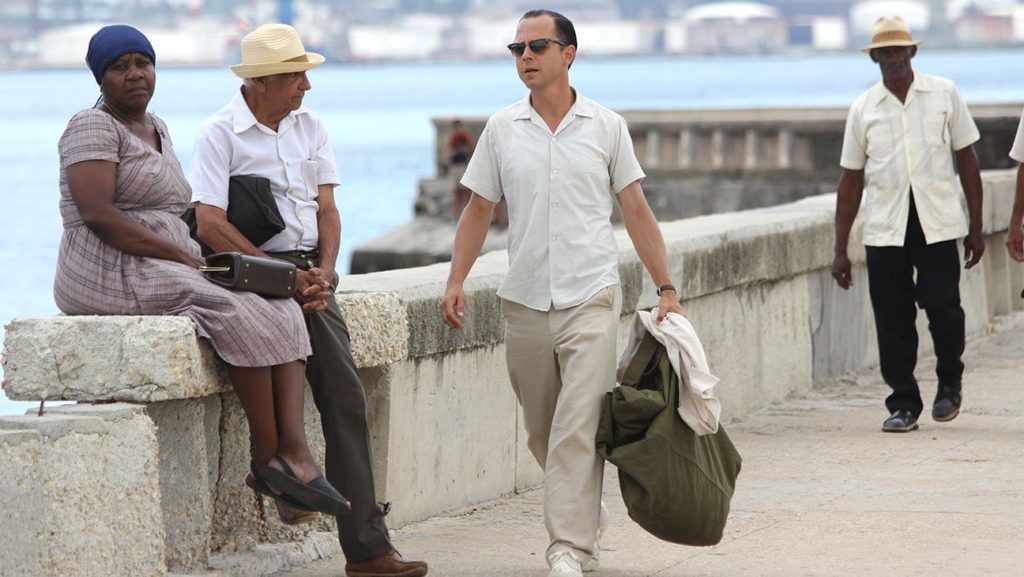 In the film Petitclerc has been renamed Ed Myers, and is played by Giovanni Ribisi (Avatar, Saving Private Ryan).  Ribisi provides us with a reporter, who like Hemingway, tends to understate the details in his writing.  His letter to Hemingway is never sent until a fellow journalist named Debbie Hunt (Minka Kelly-500 Days of Summer, Just Go With It) sends it without his permission when she finds it in the office.  Hunt is a love interest for Myers, but given his orphan past, and his love of the job, Ed doesn’t quite know how to approach Debbie or even to consider what life would be like if he had a family to call his own.  When he receives a response from Hemingway to come to Cuba for a fishing trip, his relationship with his mentor proves to be a great fertile soil from which to grow into the person he is to be.

The film is a quite one with Adrian Sparks playing a wonderful Ernest Hemingway, who was lovingly called “Papa” by his friends and admirers.  Sparks, a veteran of the stage and screen, not only looks just like the author, but also once did a one-man show as Hemingway.  His mannerisms, demeanor, and charisma set against the authentic background of the author’s home in Cuba create a very 3-diminsional portrayal. 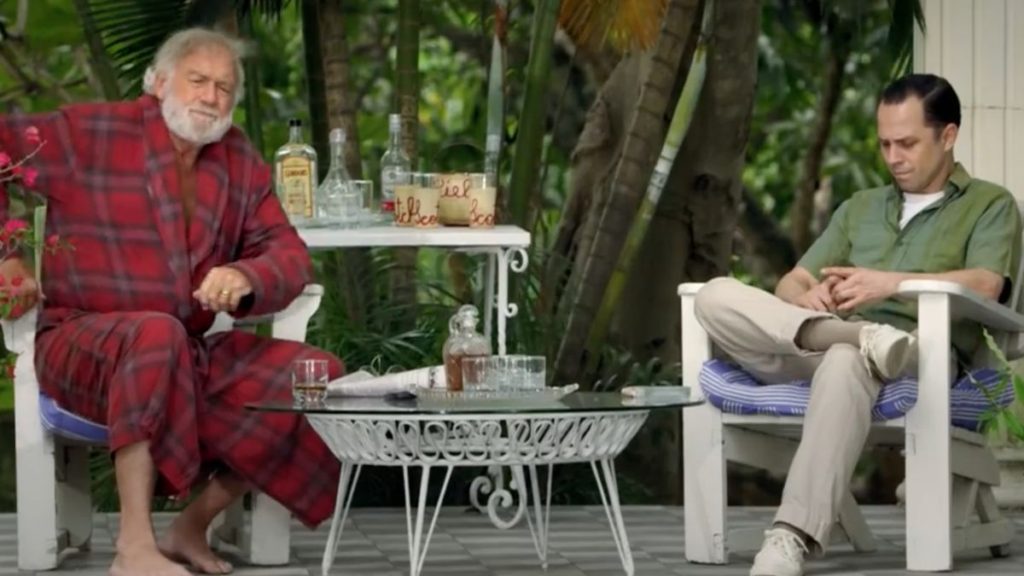 Many of the accounts in this story would appear to be the stuff of fantasy, but according to the late Denne Petitclerc, were absolutely true.  This includes Hemingway being under investigation because of his having dirt on J. Edgar Hoover of the F.B.I., having seen the director at a party in drag sexually assaulting a bureau employee.  Incidentally, the I.R.S. went after Hemingway in the late 1950’s and the F.B.I. has reported that it was watching Hemingway as it suspected him of helping run guns to the rebels who would later overthrow the Cuban leadership in 1959, led by Fidel Castro.

All of this is documented in the film, including a moment of Hemingway bringing Ed Myers (Petitclerc) to the Presidential palace in Havana where they witnessed rebels trying to storm the palace before being killed by the guards.  The film shows that Myers uses these personal eyewitness experiences to report on the revolution from the front lines for the Miami Globe, painting a target on his back from the F.B.I. as well. 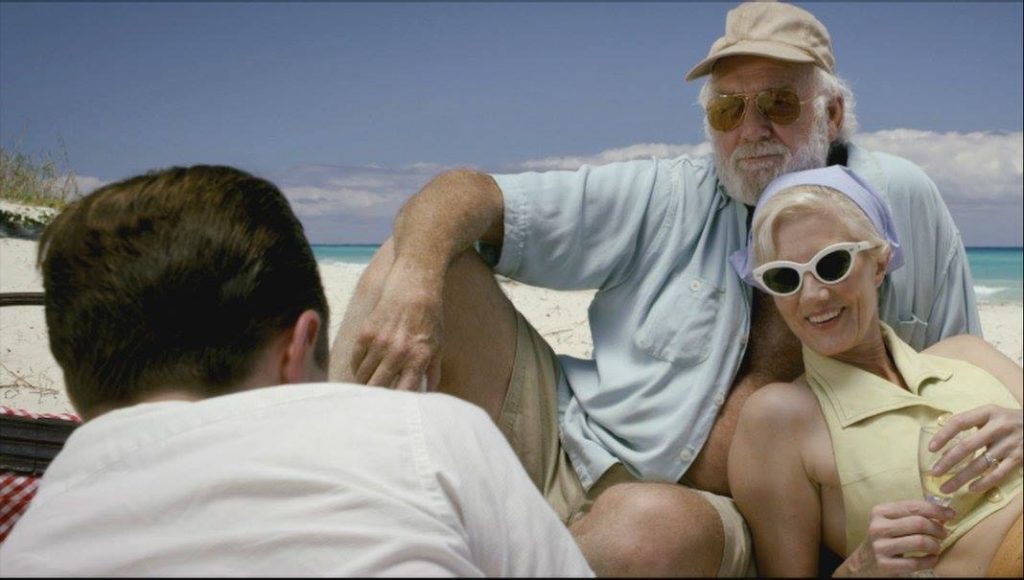 Hemingway, in this film, is just as complicated as he is reported to have been in real life.  While he is warm, gentle and inviting, he is also a man plagued with fear, paranoia, and his own personal demons.  We see this in his relationship to his 4th wife, Mary (Joely Richardson-The Patriot, Girl with the Dragon Tattoo).  One minute they are affectionate, telling old stories about their lives together, swimming naked in their pool, enjoying a laugh on the patio, and the next they are spewing venomous and toxic words towards each other that suggests that there is no love between them, nor has there ever been.  In their good moments, they lovingly have adopted Ed Myers as “family” and introduced him to their many interesting friends, and in others “Papa” is convinced that Ed is secretly betraying him. 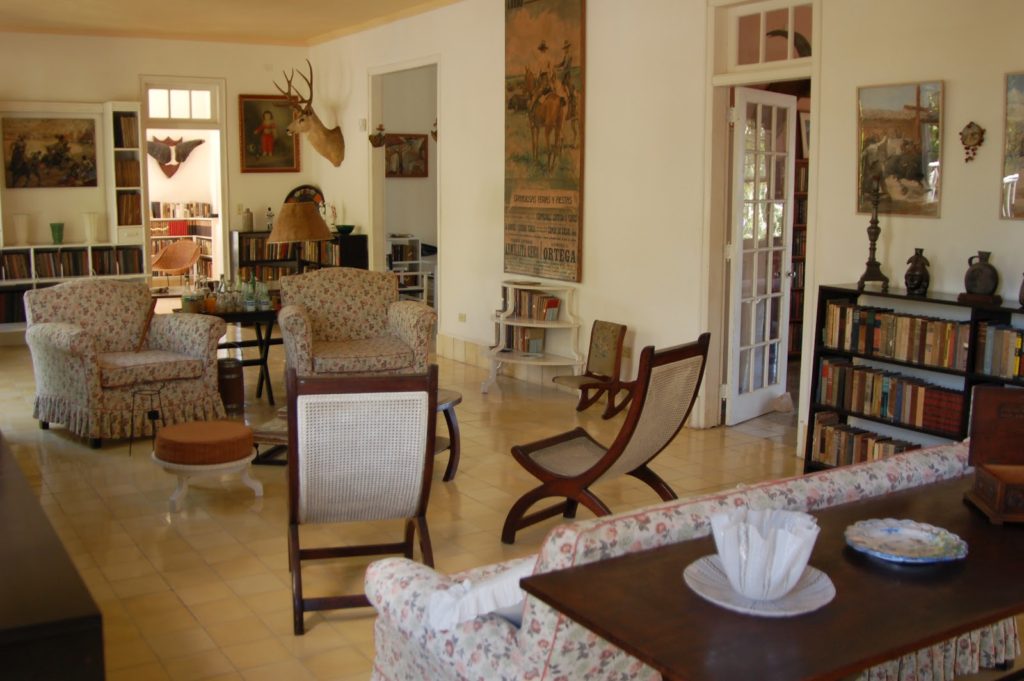 Papa Hemingway in Cuba is a small, worthwhile film that is fascinating in its subject matter, even if it is a bit slow in its presentation.  The character of Cuba looms brightly in the background as we see the last few years of a man in his beloved home dealing with his inability to write or love, wrestling with the desire to even live.  Sadly, Hemingway would end his life, just like his father did, when he shot himself at his new home in Ketchum, Idaho, the place he went following Cuba.  Denne Petitclerc would die 35 years later in the same town that he had moved to with his wife at the encouragement of Hemingway.  Papa Hemingway in Cuba opens this weekend in select theaters.