Film Review: HOW TO BE SINGLE

Don’t Go To This Movie Looking For The Answer 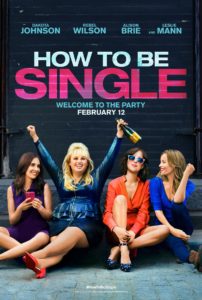 Reviewing How to Be Single presents me with a challenge. I could focus entirely on the quality of the movie as a movie. Is it well acted? Well directed? Does it have a good script? Does anything about the cinematography stand out? Editing? Set design? Or, to keep it simple: it’s a comedy, so is it funny?

But we here at Zeke try to do more than evaluate the technical aspects of movies, as important as those are.  We try to hear what films are saying, and think about the messages they’re sending. In the case of this movie I’m far more interested in the ideas than the  technique.  So let’s start, briefly, with whether How to Be Single is a well made movie.

How to Be Single (based on the novel by Liz Truccillo) is less funny than I hoped, and aside from a handful of lines the script is flat.   The best bits are pop culture references which work now but will not age well.  The film is pretty to look at (it’s a flattering picture of New York City), but its editing is a near-fatal flaw. The timeline is confusing, and there are abrupt, unexplained jumps in the narrative. Director Christian Ditter seems at a loss to know what to include and what to leave out of the movie.   As for the performers, they probably did the best they could with the material, but this will be a career low point for many of them.  It may be, in fact, that the best performance of the movie was delivered by a baby who  has an extended scene with Leslie Mann. That pre-verbal baby can really emote. 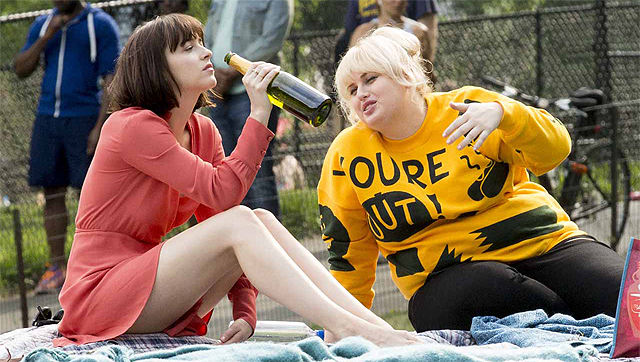 Now let’s talk about what How to Be Single was saying… and that’s where reviewing this movie gets tricky. It is, allegedly, a female empowerment film – promoting both sisterhood and self-sufficiency. The soundtrack uses the song “Love Myself” by Hailee Steinfeld to drive the point home (although anyone who pays attention to those song lyrics will recognize that they’re describing a very limited, specific kind of self-love).

So what’s wrong with all of that rah-rah, don’t need a man to be happy, sisters are doin’ it for themselves messaging? Just this: How to Be Single defines female empowerment as, first of all, the freedom to have lots and lots of sex with lots and lots of dudes – no harm, no foul, no feelings. I learned after reviewing 2015’s Trainwreck that questioning whether or not hookup culture is entirely healthy makes me subject to charges of being puritanical, repressed, not sex-positive. But here I go again: I do not actually think that having sex with more people necessarily equals a more positive sexuality. I don’t think a woman’s joy and freedom can be measured by the number of sexual partners that she’s had. I do not believe embracing a pattern of drunken sexual encounters with strangers or near-strangers is progress for women. And yes, admittedly, I say that as a middle aged,  monogamous, married woman and a pastor, but I also say it as someone deeply committed to feminism. I am happy to shed the silence and shaming around sex that was a part of my young adulthood, but we have to say something better to our daughters than what this movie says. 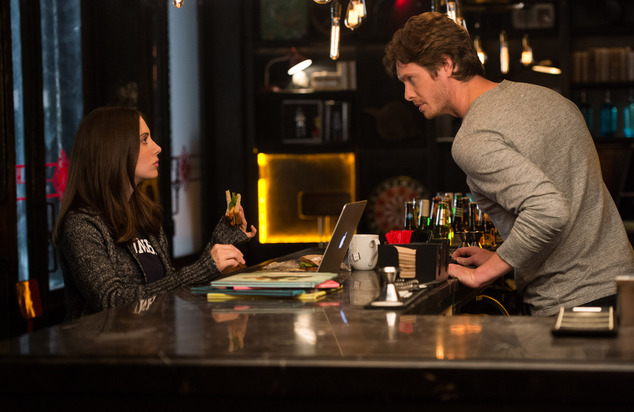 The story revolves around four single women in New York. Alice (Dakota Johnson) is “taking a break” from her college boyfriend in a quest for personal growth. Her older sister, Meg (Mann), is an obstetrician who longs for a baby of her own but has no man in her life. In her new job at a law firm, Alice meets Robin (Rebel Wilson), a party girl who exults in her quest to conquer New York City one penis at a time.

(That last sentence is a quick test. If you’re offended by it, trust me, you shouldn’t see How to Be Single.) Finally, there’s Lucy (Alison Brie)  who is obsessed with finding a husband. I mean, really, really obsessed.

And then there are a bunch of men. There’s Tom (Anders Holm), a cartoonishly promiscuous bar owner who sleeps with half the female characters but loses his heart to yet another one. There’s Josh (Nicolas Braun), Alice’s college boyfriend, who gets yanked around by her indecisiveness and still winds up looking like the bad guy. There’s Ken (Jake Lacy), a sweet young lunkhead who falls for Meg after a hookup. And then there’s David…and George…and Paul…and the guys that Robin sleeps with who don’t merit names.

I am less amused than saddened by Robin being held up as the mentor for Alice’s sexual awakening. Robin admits to using drugs and drinks so heavily that more than one scene shows her waking up unsure of where she is and unable to remember whether she had sex the night before. Spoiler: she’s always had sex the night before. Robin is an ugly exaggeration of the character Rebel Wilson has played in the Pitch Perfect movies, and I sincerely hope Wilson has a long talk with her agent about her career before she is painted into this grotesque corner for good.

One scene shows Robin rebuking a young man for fixing her breakfast after she’s slept over at his apartment. Alice, who is initially portrayed as a serious, earnest young woman – in love with her boyfriend but eager to learn whether she can survive on her own – gets drunk during her first night out with Robin and sleeps with Tom. Sometime later Alice decides she’s “done” with her experiment in independence and is appalled to find that Josh hasn’t waited for her, but has moved on to another relationship. Meg, whose life has been all about work, attends an office party with Alice and sleeps with the first man who approaches and tells her that she’s hot. In an unlikely twist, that young man, Ken, falls in love with her and doggedly woos her. But Meg spends months hiding a sperm donor pregnancy from her (now boyfriend) Ken because … because….well, the movie provides no good reason, but my sympathies were certainly with Ken when he was hurt by this particular secret.

I share these plot points to illustrate that these women do not treat the men around them with respect, or kindness, or even basic courtesy. Early in the movie, after their sexual encounter, Tom shares all of his how-to-avoid-entanglements tips with Alice and assures her that he is only more honest than most men. Every guy is simply out for commitment-free sex, so why shouldn’t women follow suit?

But is that what these women really want? Alice, the central character, spends nearly the entire move pining for the one man who genuinely loved and wanted to be with her. She only shakes free of this at last by reading Cheryl Strayed’s Wild, buying a backpack, and…well, you get the idea. And, oh brother, does it feel like a cliché. 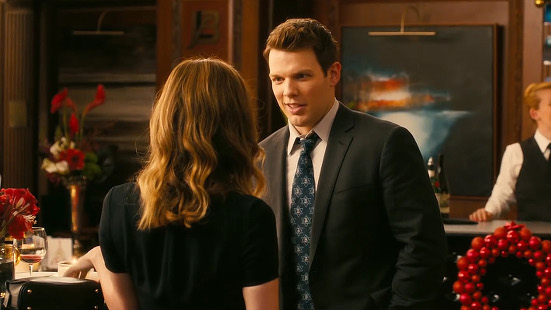 How to Be Single presents three different fantasies of female empowerment in such a mess of confusion that I’m unsure what the film actually thought it was saying. 1) Happiness comes through casting off restraint and engaging in as much sexual pleasure seeking as possible. 2) Happiness comes from settling down with the person who thinks your craziness is lovable (Meg and Ken are an example of this, but so is Lucy – who falls in love with a man who finds her terrifying public meltdown “kind of awesome”). 3) Happiness comes from shedding all relationships and hiking off into the sunrise. Maybe all three of these are valid paths to happiness (though I would dispute that), but the movie doesn’t seem to be offering a variety of routes so much as playing a kind of shell game.

As a woman, I don’t find any of this especially freeing. Objectifying men is not the remedy for men objectifying women. Treating casual sex as the cure for a broken heart is just another form of self-medicating.

And speaking of self-medicating, Robin’s argument that once you’ve had a certain number of drinks sex is inevitable sounds less like sex-positivity and more like a rationale for date rape.

So I pretty much hated this movie. I hated what it said about women. I hated what it said about men. I hate that we are still so confused about what it means to be sexually whole, and healthy, and responsible to each other. How to Be Single ends on such a preachy and self-satisfied note that you’d almost think it’s answered the question of the title. It hasn’t. There’s no shame in young women not knowing what they want or how to find it: every generation struggles with that question. But that this cheap, garbled movie might be considered a meaningful response to that question? That is a shame. 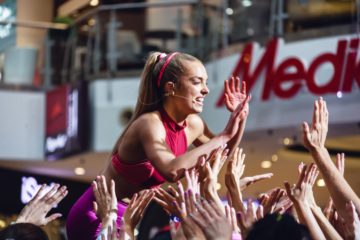