Alien Invasion… and a Documentary Crew? 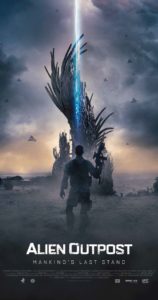 Alien Outpost is a film from Jabbar Raisani who has done visual effects, working with the great Stan Winston (Aliens, Terminator, Iron Man).  Raisani worked previously as a visual effects person on Fantastic Four (2005), Predators, and Machete.  Having directed a couple of short films, Alien Outpost is his first full-length film. With a bare-minimum budget, Raisani is able to milk out some rather good effects in this film.  It is unfortunate that it is all based on a script that is extremely corny, and ridiculously melodramatic.

The film is the story of a documentary crew who are interviewing a series of soldiers who are a part of a new global group who replaced the United Nations when the aliens attacked.  After defeating them, a series of outposts were set up to find the alien stragglers that were still on earth.  Also, a series of space-based weaponry was developed to stop another invasion.  The film suffers from way too much “set-up text” constantly appearing on screen to give you background on political decision that led to the outposts, background on the previous alien war, etc.  You’ll feel as if you read a whole chapter of a book before anything real starts happening.

The documentary crew is also a distraction.  You’ll be in the middle of a battle, or a build up towards something, and then it will break to “interview” the soldiers their thoughts as they look back on it all.  Of course, this is where the melodrama enters as they try to reflect on the past in a way that is meant to create tension as they transition back to the action.  Instead, it comes off as high comedy, unintentionally. 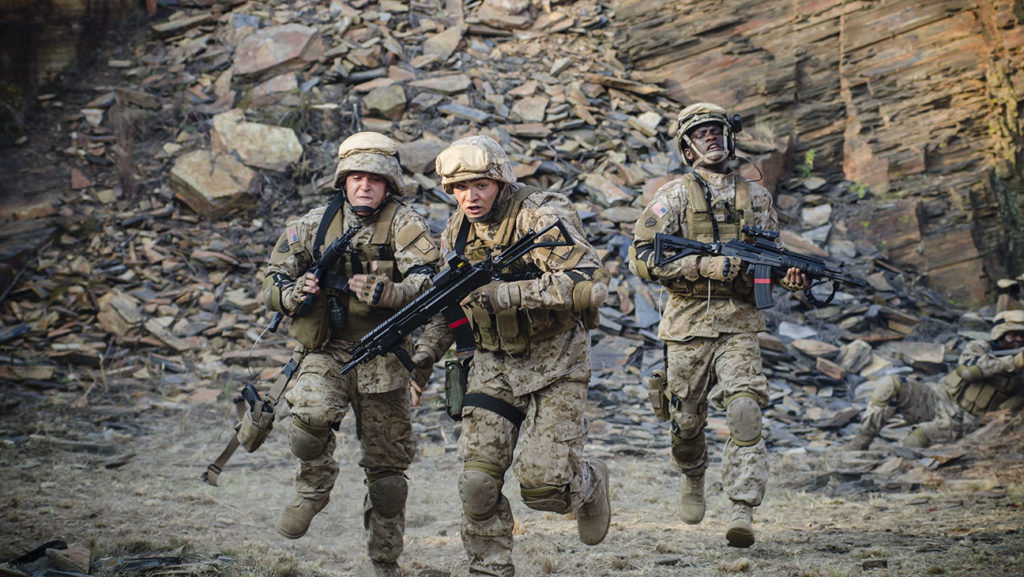 The film has some bright spots.  Several of the soldiers make themselves very likable and had the story focused more on these periphery characters, it would have been a stronger film.  The director is also wise to wait for a while to reveal his aliens to the audience.  Apparently, these aliens just use lasers and brute force when they fight, but now they are using tactics.  Had this become more of a chess match between the soldiers of the outpost and the aliens, much like Will Smith and the “infected” who begin to learn in I am Legend, then it would have been compelling.  Most of the story here is reactionary and not well-thought out.

In the end, there is more text to read, breaks to the documentary crew, and of course a “twist”.  But this is more going to be the kind of film you can watch if you’re into watching bad movies that are so bad that they’re good.  It could qualify for a Mystery Science Theater 3000 treatment, but alas it will never get the opportunity.