Can Broken People Be Put Back Together Again? 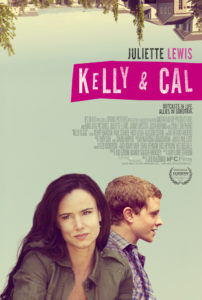 Kelly & Cal asks the question, “Can broken people be put back together again”?  It also presents two sides of the emotional melancholy that can engulf us when everything that once defined you has been stripped away and replaced in your life without your true consent.

Juliette Lewis plays Kelly, a middle aged suburban housewife who is dealing with postpartum depression following the birth of her son.  As she sinks further and further into depression, it is obvious that her relationship with her husband Josh (Josh Hopkins-Cougar Town) is, at best, emotionally detached.  It isn’t that there is a lack of love as much as their timing has been off.  He has moved the family to the suburbs in order to take advantage of a new job.  While he is working hard at this new place of employment, Kelly finds herself balancing being a new mom, struggling with her depression, and having to appease her husband Josh’s overbearing mother (Cybill Shepherd-Moonlighting) and his sister Julie (Lucy Owen-Higher Ground).  This is the low point of Kelly’s life.

Stealing away for a smoke while her child sleeps, Kelly encounters Cal, a 17-year old who speaks to her from the other side of the fence as she smokes.  Cal is upfront and brazen, catching Kelly off guard by not only complimenting her for her nice breasts but also trying to bum a cigarette off of her.  She is put off and ultimately enraged to find out that he has been watching her through her child’s upstairs window as she breastfeeds her son.  Not knowing how, or wanting to know, she chases him off only to find that Cal is a paraplegic and is confined to a wheelchair.  Later regretting her reaction towards him due to his condition, she begins to run into him while getting out of the house, creating an awkward and reluctant friendship. 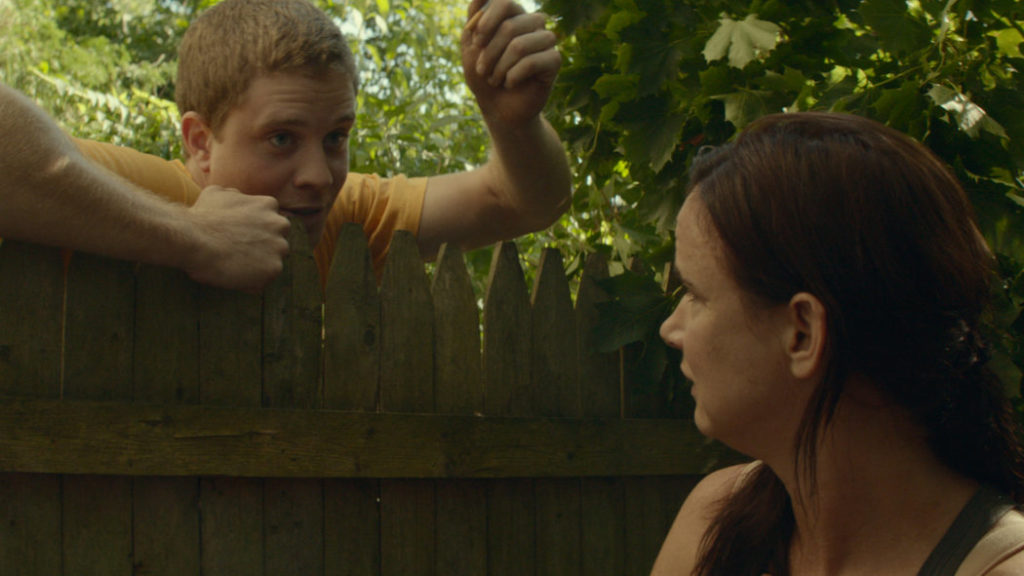 Director Jen McGowan shows an able hand throughout the film in allowing us to truly revel in the awkward conversations, and beautiful melancholy of both of these individuals.  Throughout the film, both are given strong character arcs where each are able to find the strength to confront their demons directly.  We are able to identify with the root causes of their depression as it mirrors the natural ebb and flow of our own lives as we grow older and must take on more responsibility. It is easy to lose ourselves in the process.  This is the place where we find Kelly and Cal.

Cal’s arrival in his wheelchair is not due to the brave face he puts on it, and despite his insistence to the contrary, he has not truly accepted his permanent state.  The attention he gives to Kelly, throughout their relationship, creates a dangerous situation for both them that could either push them over the delicate precipice they are teetering on in their personal lives, or it could give them the strength to find their way back to more solid ground.

Jonny Weston plays Cal with a “devil-may-care” attitude but is able to transition to a place of authenticity given his situation, and emotional state, as his character develops throughout the film.  His Cal is a typical teenager but one who is clearly more aware of the fragility of life when compared to his peers.  He is also not emotionally old-enough to reconcile the two contradictions this creates which comes off as being honest to his age.

Juliette Lewis gives one of her better performances playing Kelly with lots of nuance. She creates a multidimensional character that allows her to unravel layer after layer of her character over time.  Given Kelly’s pre-suburbanite-with-child past, it is remarkable how long a wick that Kelly has for tolerating her mother-in-law and sister-in-law who are determined to domesticate her now that she is in the suburbs. It was refreshing to see Cybill Shepherd in a role like this, as her character is also given the chance for redemption.  Lucy Owens will be the one viewers will want to hate, but she plays the archetype in-law very well.

While the story, direction, and character development is strong, this is not a perfect movie.  The plot moves forward in predictable ways once the relationships are established, and the film is about 10-15 minutes too long.  That being said, it is a film that will challenge you, and will seek to answer its own questions about maintaining our identity as we age and begin to either “sell-out” from our early 20’s idealistic notions, or accept the fate given to us through our own actions.

We are shown that it is our own actions that often lead us to the road we are on. Even then, we have the ability to choose to embrace who we are at that moment, or simply resign ourselves to the notion that our best times are behind us.  Through Kelly and Cal’s journey, we truly discover whether or not broken people can be put back together again.