Waiting for the Mailman was Never so Much fun 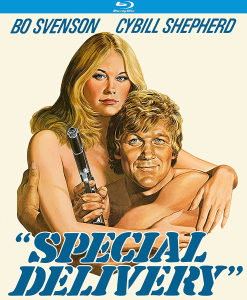 Bo Svenson, an imposingly tall and solid actor who can also sport a suit awfully well, stars as the less coolly named Jack Murdock- a traumatized Vietnam vet who sidesteps his inner turmoil by spearheading an elaborate bank robbery.  The meticulous heist is the first thing in Special Delivery; an impressive, prolonged sequence depicting a plan that manages not to fall apart until the last minute of the getaway.  Of the four-man crew, Jack’s the only one who isn’t caught or killed.

The winning performance and presence of Bo Svenson leaves one wondering… why he was never a bigger movie star?

Director Paul Wendkos (Cannon for Cordoba, The Mephisto Waltz) comes through with a humbly accomplished piece of work this time around, though amusingly scattershot it may be.  The laser focus of the opening robbery falls away soon after, allowing for singular scenes of side characters taking meetings and whatnot.  Somehow, Special Delivery is all the more special because of that. 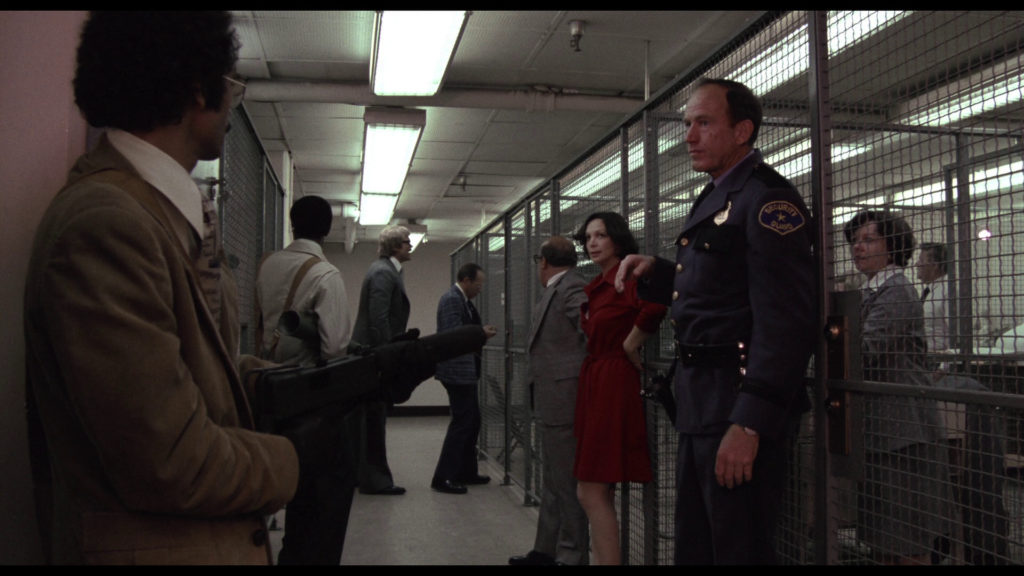 A title that’s not only generically forgettable but not even plot-accurate, “Special Delivery” does this otherwise fun and frivolous film few favors.  It hails from a time when quotes around titles were, for whatever reason, common… though in this case, there’s plenty of reason to view them as more contemporary  ironic quotes, as there is no honest to goodness special delivery.

That is, unless one counts a nice but tangential scene in which Jack tracks down his dead co-worker’s wife in the skeezy massage parlor she’s relegated to working in to give her her late husband’s cut, which he had in his pocket.  But more likely, the title refers to Jack’s earlier, desperate moment of escape in which he opts to chuck the lion’s share of the stolen cash into a public mailbox, on a busy street, in broad daylight.  A greasy junkie drug pusher sees this, and puts two and two together.  Because of this guy, a local crime lord or two also figure it out.  All of them proceed to spend the rest of the movie observing the mailbox, and scheming how to get into it.

Fortunately for tough guy Jack, a manic pixie dream artist played by Cybill Shepherd also witnessed the drop from her second story apartment window.  The film is a decent watch before her magnetic and sexy character enters the story; once she’s a part of it, things are really off and running.  Harboring Jack the wanted robber is an obvious turn-on for her, as she can’t resist teasing him, flirting with him, and even undressing in front of him (though in another room, with her back always turned).  When she confronts him with a spiel about how she understands his need to have robbed the bank, due to his unappreciated and even resented service in the unpopular Vietnam War, he simply snaps back, “No, I did it for the money!” 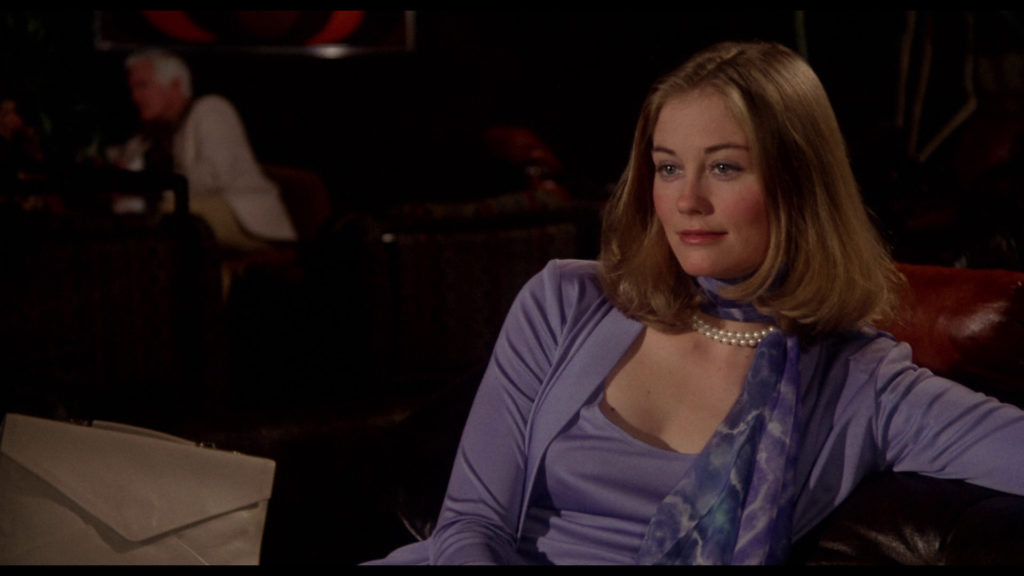 It’s strange to see Shepherd starring in a film by notoriously low-end and scrappy American International Pictures at this red hot phase of her career.  (This same year, she’d also star in Martin Scorsese’s Taxi Driver).  It’s true she doesn’t show up until around the half-hour mark, but she fully commits to this comedy/crime caper, striking a sparkling tone she’d later ride to TV immortality with Moonlighting. 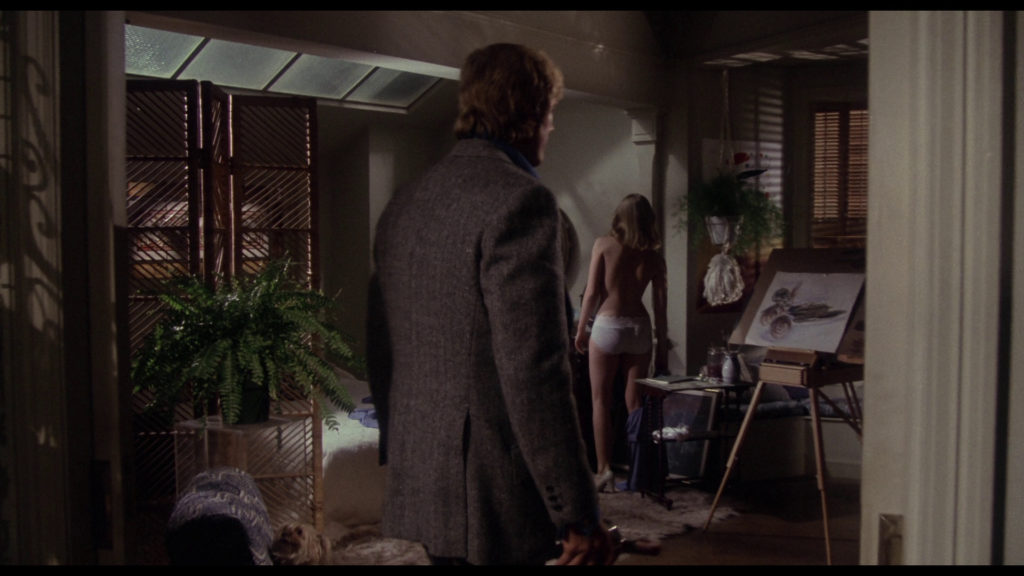 Svenson and Shepherd in her apartment with a few hours to kill.

The winning performance and presence of Bo Svenson leaves one wondering whatever happened to him, and why he was never a bigger movie star.  That posited, it must reiterated that Svenson is a big guy, here evoking a kind of book-accurate Jack Reacher by way of Danny Ocean.  After shutting down a local troublemaker, the thug says something to him about wishing he’d run into him at night.  “No, you don’t.”, retorts our protagonist.  Later, as he’s about to bust up the skulls of vile Jeff Goldblum and company, he lays it out thusly: “There’s one of me and only three of you.” – odds we should wish against no opposition to Svenson’s capably deadly Jack.

Kino Lorber Studio Classics’ newly released Blu-ray of Special Delivery does not disappoint, as it maintains the grainy, cruddy aesthetic of the film’s era and budget, but also succeeds as an eye pleasing high definition experience in terms of color and black levels.  Which stands to reason, as this is a new 4K restoration of the original negative.  The only bonus feature on the disc aside from a few trailers for other KL films of this ilk is a feature length commentary track by film historian and unabashed fan of this movie, Lee Gambin.  Gambin provides a dense, well-caffeinated tour through Special Delivery, singing its praises all the while.  Kind of exhausting but also kind of charming.