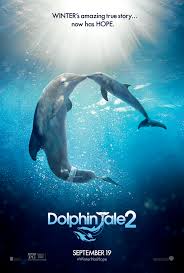 The 2011 movie Dolphin Tale was a family film based on a true story: the rescue and rehabilitation of a bottle nosed dolphin (named Winter) who lost her tail to a crab trap. Winter learned to swim despite her injury, but the creation of a prosthetic tale both reversed damage to her spine and made her a symbol of hope in the amputee community.

Dolphin Tale was a solid, likable film – not cloying or silly as too many family films are, but well cast and genuinely moving. The same can be said of the sequel, Dolphin Tale 2.

Dolphin’s are social creatures: so social, in fact, that it is illegal to keep them isolated from other dolphins in captivity. But establishing a social relationship between captive dolphins is complicated; and when Winter’s elderly companion dies, the search for a replacement is on. 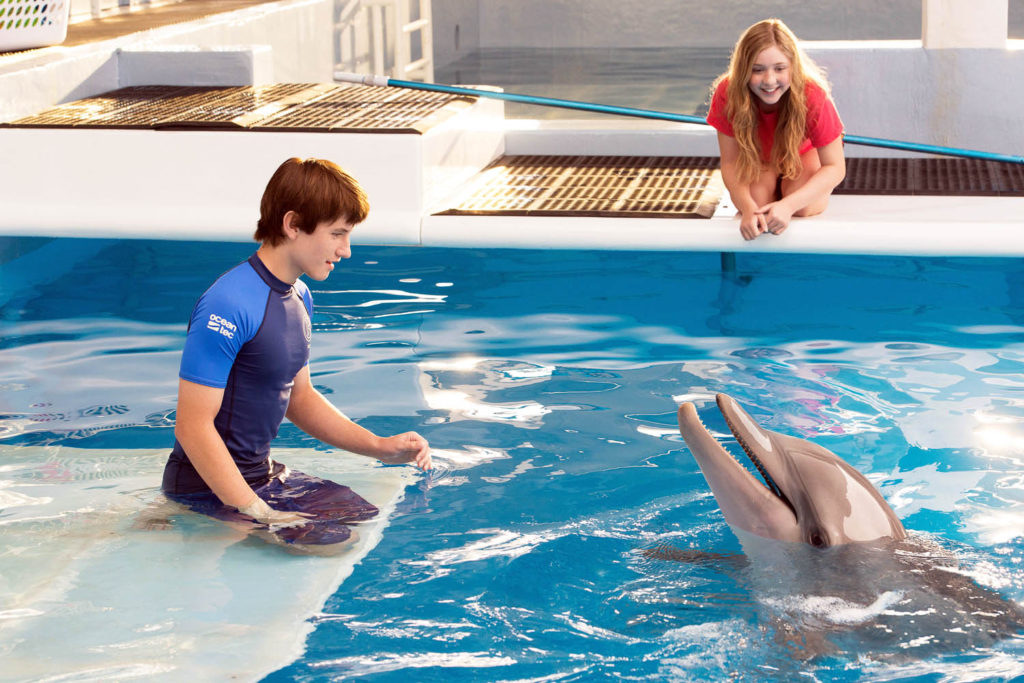 Winter’s closest human relationships are with Sawyer (Nathan Gamble) and Hazel (Cozi Zuehlsdorff). They were charming preteens in Dolphin Tale: now they’ve matured into teenagers. Hazel is struggling in her relationship with her father (Harry Connick, Jr.), the director of Clearwater Marine Aquarium, which is Winter’s home. Sawyer faces a difficult decision – accepting entrance into an esteemed semester-at-sea program, or remaining with Winter during her time of transition. 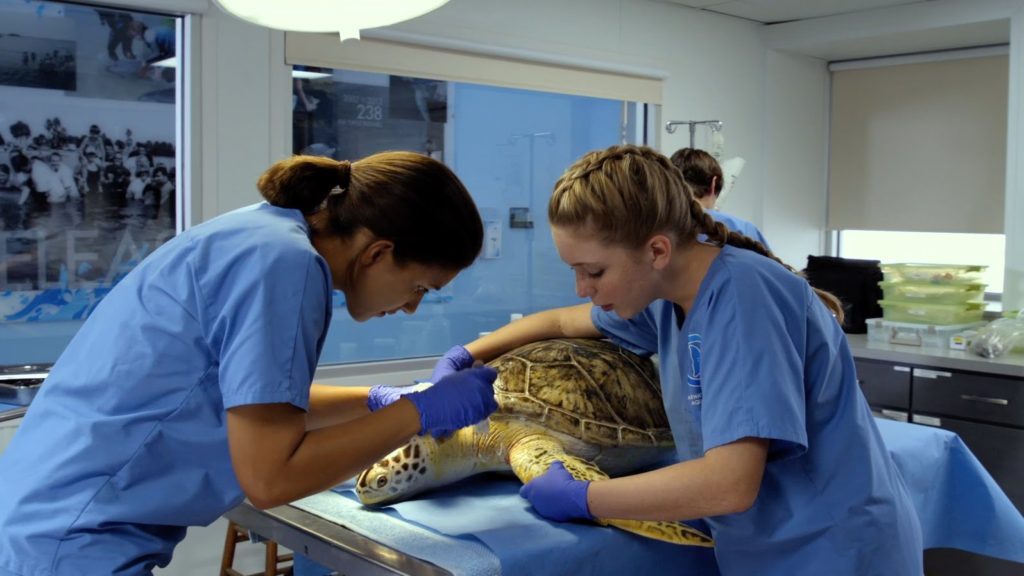 Dolphin Tale 2 is surprisingly morally complex. The “fed” who threatens to remove Winter if she is not paired (played by the film’s director, Charles Martin Smith) doesn’t come across as a heavy; and the ethics of keeping a healthy dolphin in captivity simply for Winter’s sake are examined honestly. Over and over the movie emphasizes that no matter how well trained, no matter how adorable they seem, dolphins are wild animals. Dolphin Tale 2 also benefits from its strong cast. Gamble and Zuehlsdorff are earnest, natural young actors, and Connick and Ashley Judd (as Sawyer’s single mother) are warm and believable parents. Morgan Freeman, returning as the doctor who designed Winter’s prosthetic, is the weakest link in the film. He’s given too many jokey lines – perhaps to keep the kids entertained, the same reason for the focus on Rufus the mischievous pelican. Nevertheless, Dolphin Tale 2 is cut above most live action family films in every way. And don’t be surprised if you shed a tear or two watching the documentary footage at the end of the film. Winter (who plays herself in these films) is a real dolphin, and while she is a wild animal – not an anthropomorphized pet – she has truly become an inspiration to those who identify with her disability. Animals may not feel human-like love and connection to us, but that doesn’t diminish our ability to feel love and connection to them.