What Kind of Wine Should You Serve With This Cheese? 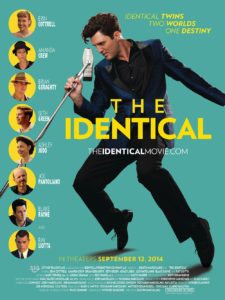 The Identical is the story of a family who finds themselves with the birth of twins in the middle of the Great Depression.  Having no means to support themselves and two additional mouths to feed, they make the heartbreaking decision to raise one child only, and to give the other twin to a pastor and his wife who are unable to have children of their own.  They hold a fake burial for the child they gave away allowing the preacher and his wife to raise the child free of any legal burdens of adoption and the like.

The film then follows the story of Ryan Wade (Blake Rayne), the baby who was given to the preacher (Ray Liotta) and his wife (Ashley Judd).  He new father, raises him to one day follow in his footsteps and be a preacher, but once rock n’ roll happens in the 1950’s, Ryan feels a calling towards the music itself.  The rest of the film shows the struggle he has living in the tension of pleasing his parents and their desire for him to be a servant of God, and the inner passion he has for being on stage and performing.

After he discovers the music of Drexel Hemsley (also played by Blake Rayne), he has an instant connection with his new idol.  Not only does Drexel play the kind of music Ryan is in love with, but he has an eerily identical look.  Ryan is unaware that he and Drexel are tied together in a way that transcends the musical connection of just star and fan. 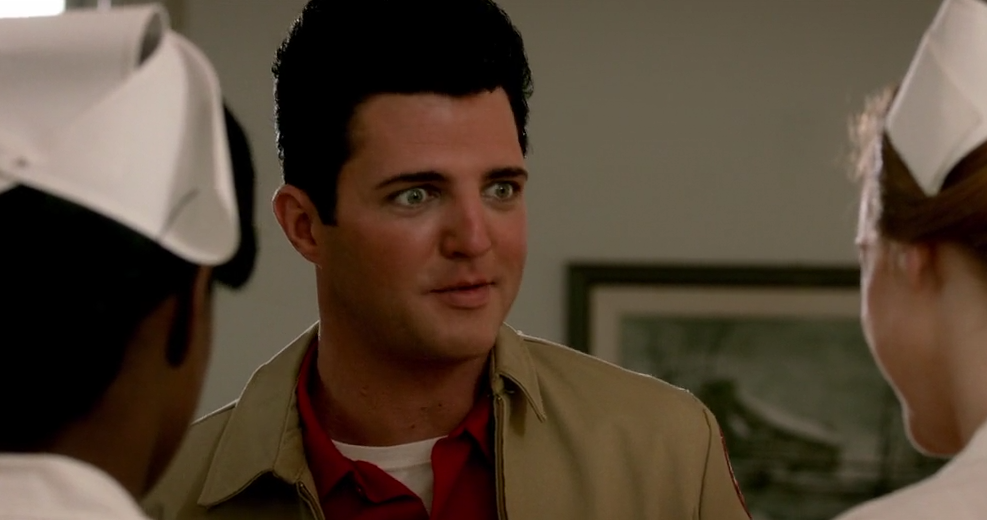 One day, at the pleading of his wife, Ryan tries out as a Drexel Hemsley impersonator, seeking to win the coveted prize of being “The Identical”, as in an identical impersonator of “The Dream” which is the pseudo-title of Hemsley, a sort of second Elvis. By winning, he would have the chance to sign a contract to perform and do the music of his idol and to pursue his calling of being on stage and bringing joy to people through music.

Blake Rayne’s real life mirrors that of his character, Ryan Wade in that he was discovered as an Elvis impersonator in 1998 according to his IMDB bio.  He later moved to Nashville to begin recording his own tunes.  This is his first time acting, and while there are some moments where he embodies the two roles in a competent manner, mostly his inexperience is what is noticed throughout the film.  Much of the film simply feels like an Elvis impersonator trying to play a character version of Elvis himself in an Elvis movie and not the true man.

Some of the musical performances in the 1950’s portion of the film are good, but once Ryan Wade begins to be “The Identical” of Drexel Hemsley, it is more like an off-Vegas style revue show. It simply lacks the power of the music of that time.  Also some of the original songs sound like the kind of turns that wouldn’t have been written until the 1970’s and 1980’s despite the timeline in the film being way before those musical eras.

The premise of the film is good, and is ripe for exploration into some of the darker themes revolving around the birth parents and their decision to give up one of their two children, and how those regrets haunt them.  But we are only given glimpses of this, and never really see what their lives were like through the years without Ryan being there. We only discover aspects of it as Ryan’s story comes back around to intersect their lives.  Two concurrent stories of both brothers being raised apart would have been more powerful for the other events in the film.

Ray Liotta and Ashley Judd are solid, but they are starring in what amounts to a 1980’s after school special version of a film, or a modern day Hallmark Channel original.  There are elements of deeper material in the script such as racism in music during the pre-Civl Rights era, the darker aspects of trust when keeping a secret from their son about his true identity for so many years, and the clash of trying to have their son live a sanitized “Christian” lifestyle while he is attracted to the
“devil’s music”.  All of these things would have provided a richer movie-going experience, but The Identical sticks to the surface level emotions in each scene and quickly moves on.

Like any light-hearted drama, there are a few tragedies contained within the story itself to propel the story forward, but they are too easily and cheaply dealt with and are wrapped up with a bow by the time the film is over.  In real life, these type of tragedies would have had a much deeper impact on the issues of identity, calling, and the notion of finding a place to truly belong.

So while this film is presented with the best of intentions, and with a strong desire to tell a compelling story of one man’s desire to be a part of the musical business like his idol, it simply falls short.  And despite the star power of Liotta and Judd, along with fun character performances from Seth Green (Austin Powers, The Italian Job) and Joe Pantoliano (The Matrix, The Fugitive), this still can’t rise above the script and direction.  The Identical is a safe helping of cheesy indulgence for those watching pre-fabricated made for cable movies.  The only question is what kind of wine should you serve with this cheese?