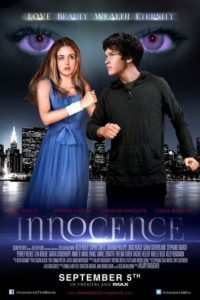 Yes, as you can see in the byline, this is the review of yet another teenage/young-adult film that takes place in the world of vampires, or maybe witches.  Only this time there is a twist! At least that is what we are promised.  But Hollywood has been crying wolf a lot when it comes to this genre.  The fact is that most of the time, its more of the same.  I’m sure I’ll get some flack from lovers of the book by Jane Mendelsohn, but I’m here to review the film.  And if I couldn’t tell if it was witches or vampires, then that is just the first of our problems.

In the film Innocence, Beckett Warner (Sophie Curtis) has just lost her mother in a freak surfing accident where the two of them had paddled out to catch some waves while her father Miles (Linus Roache) watched from the beach.  Her father, a novelist, decides that the best thing for the two of them would be to start their lives over by moving back into the city where he can write, and Beckett can begin a new life in a new place.

They are able to secure an apartment through a friend of her father’s who also has a teenage son named Tobey (Graham Phillips).  Beckett is also able to find a spot at a prestigious private school.  It is at this school that she begins to notice that nothing is as it seems.  For one thing, there have been a lot of weird deaths over the years at this school.  The other strange occurrence is that she can see the dead students when they suddenly appear to her beginning in her bedroom closet, and then in the halls at school, amongst other locales. 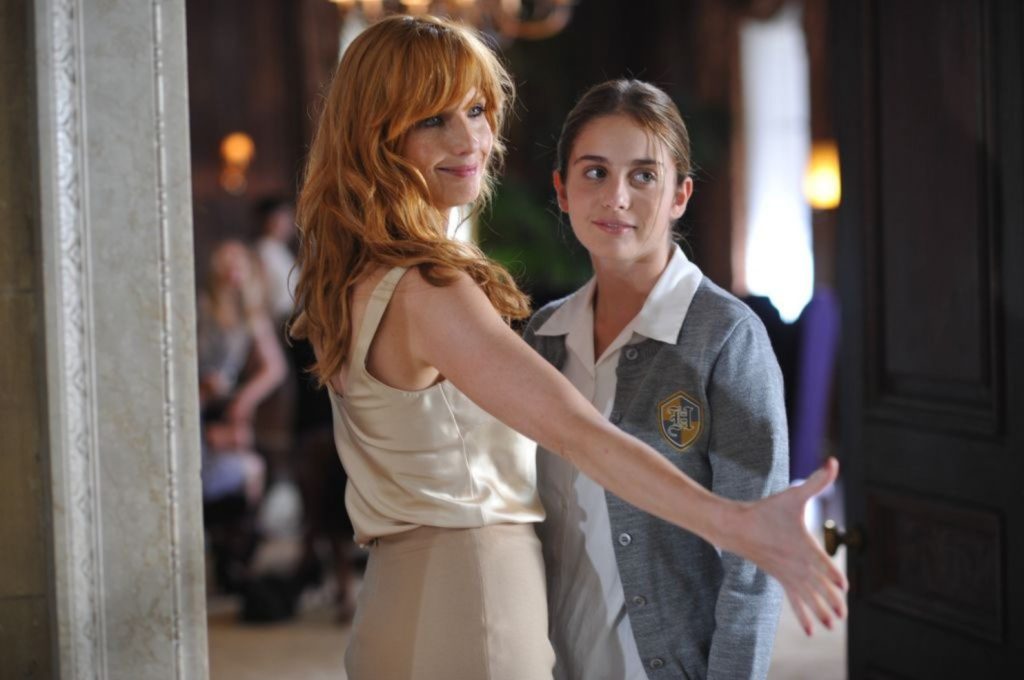 Her dad begins to date the school nurse named Pamela Hamilton (Kelly Reilly) who seems to always be around Beckett’s home when they aren’t at school.  At first Nurse Hamilton is very nice, but Beckett begins to see through her kind facade.

Much of this film seeks to take itself way too seriously as a horror film when the ghosts of the deceased teenagers show up.  There is the loud, scary music, shaky-cam cut aways meant to induce fright in the audience, as well as devious looks from the adults at Beckett’s school meant to signify that something dastardly is happening. 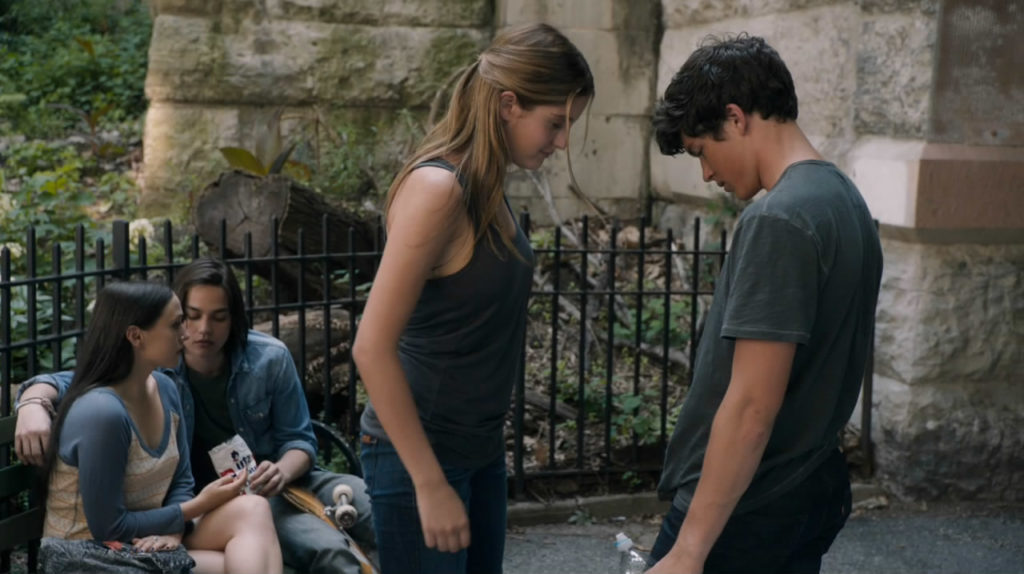 It also is full of too much teenage drama that draws comparisons to the Twilight series, but not in a good way.  Like Twilight, there is a lot of teenage staring (usually at nothing in particular), melancholy, and stereotypical social clicks.  Sophie Curtis is so melancholy most of the time that even as her mother doesn’t resurface in the waves in the opening scene, she just blankly stars at the water from the vantage point of her surfboard with no emotion at all….until it’s obvious that the director yelled “now” or something similar and she begins screaming.  She is a much better actor than Kristen Stewart, but in scenes like this she gives K-Stew a run for her boring, emotionless money.

In the end, the plot ultimately steers more in the direction of the old 1998 film, The Faculty.  Only here, the staff of beautiful women who regularly meet for a “book club” aren’t aliens as they are in director Robert Rodriguez’ film.  Instead, they are a coven of blood-drinking vampires, or witches.  The movie is a little vague, or maybe I just nodded off when/if they clarified that point.  They drink the blood from a cup, so who is to say?  Oh, and it must be blood from a virgin in order for them to maintain their ageless beauty.

So as the film goes on, Beckett is trying to uncover what is really happening.  Her father is clueless of course, of any of her activities.  She also begins to date Tobey, which may lead to some activities that might ruffle the feathers of the lovely ladies of the book club who have targeted Beckett as their next virgin blood offering. It would suck (Vampire joke) if she wasn’t a virgin by the time they drink her blood. 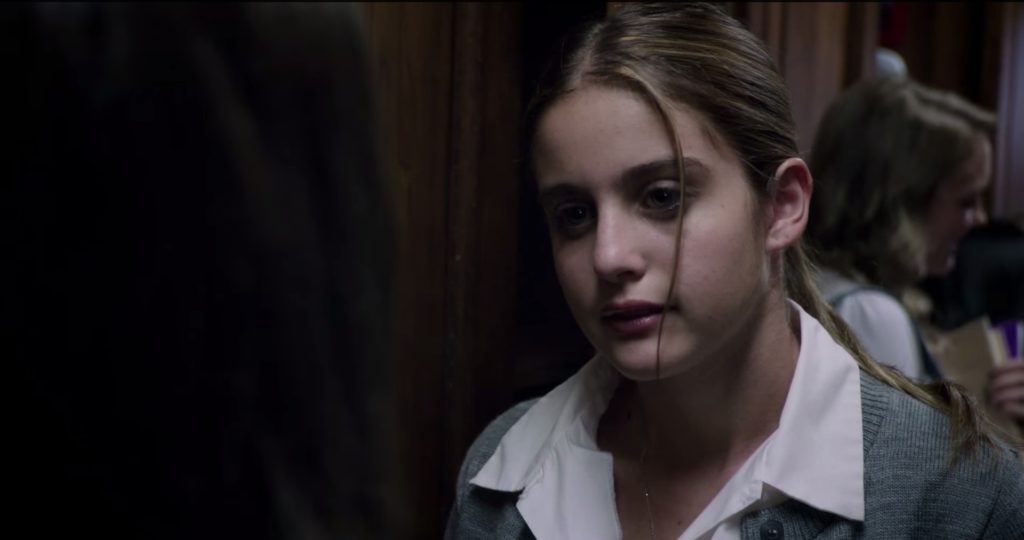 I’m told that the book was actually interesting, but this film is not.  The special effects are worse than an episode of Disney Channel’s The Witches of Waverly Place, and so is the acting.  There are no real plot surprises as each clue is tantamount to a neon sign pointing to where the film’s plot is heading.  The scares are non-existent, and I can’t really tell which target audience this is aimed at as it won’t even really appeal to the teen crowd it is trying to appease.

Hollywood has truly tapped the teenage vampire/witch theme to death and needs to give it a rest.  I think that when they see the box office results for this mess then they might finally hit the pause button and rethink their strategy.  With another Vampire Academy movie, among others, in development, I won’t hold my breath. It is being marketed as a tale depicting the precarious state of the American teenager, but I think it better demonstrates the precarious state of entertainment.