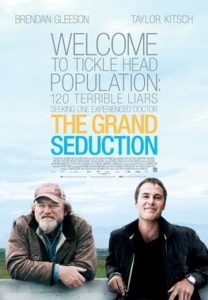 The town of Tickle Cove in Newfoundland, Canada has had a string of bad luck in recent times.  With its fishing industry dried up, the town has started to dry up also.  People have lost their sense of pride, the buildings are run down, and the only community the people now share is standing in line each week to collect their welfare checks.  Even the mayor is trying to leave town in the middle of the night.

The only ray of hope for the town before it all goes completely under, is for the 120 residents of Tickle Corner to convince a doctor to set up a practice in town for the next 5 years to meet the requirements of an oil company so that they’ll move a chemical processing plant to the town.  While this goes against what these former fisherman stand for, the fact is that they need jobs.

Brendan Gleeson (Harry Potter, Braveheart) plays Murray French, a pillar of the community whose wife has had to move away for now, in order to work in the city so that they can get by.  Accepting the newly vacant role of mayor, it becomes Murray’s job to convince the oil company to award their town the new plant.

Taylor Kitsch (John Carter, Savages, Lone Survivor) becomes the town’s targeted doctor, Doctor Lewis.  Having been found to be in possession of a small bag of cocaine at the airport (discovered no less by the town’s former mayor who is now working for the TSA), he agrees to serve a month probation in the town.  This sets up “the grand seduction” as the town has 30 days to get him to agree to a 5 year contract, helping them secure the chemical plant.

The Grand Seduction is a remake of a French-Canadian film called Seducing Doctor Lewis.  Despite having a title that will make many believe it is a romance picture, it is really about how far one is willing to go when they are desperate.

The film is meant to be lighthearted and is somewhat predictable, but it is still a lot of fun.  Brendan Gleeson and Gordon Pinsent get a lot of milage from their respective characters as they convince the town to adopt the appearance of liking many things that goes against every fiber of their being as good Canadians. They must learn to play Cricket and shun hockey, embrace jazz, and try to get the doctor to fall for the one resident who isn’t playing along with the rest of the town, despite the good doctor being engaged. The other characters who populate the town are well cast and help create the feel one might have if they really lived in Tickle Cove. 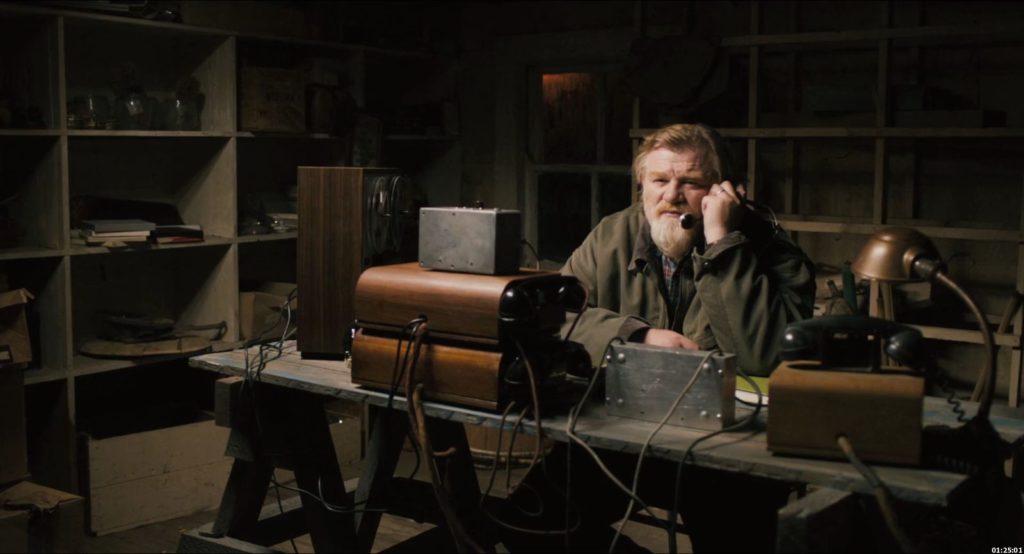 If The Grand Seduction took itself seriously, there would be a lot of problematic areas, but as it is meant to entertain, many of these concerns just simply become vehicles to advance the ridiculous premise the town finds itself in.  Besides the overt lying with little consequences that takes place throughout the film, there are other examples of behavior that if done in real life would be much more disturbing.  For example, you have the local town switchboard operators conducting their own NSA phone monitoring so as to better anticipate how to manipulate Dr. Lewis further.  The oil company is represented by a character that eerily resembles the current Texas governor, Rick Perry, pushing the stereotypes pretty far, not to mention a fishing town willing to destroy their beloved harbor’s environmental pristine nature for a buck.

Speaking of anti-stereotypes, every Canadian represented in this town happens to be white, with only a passing mention to the Native American heritage that should otherwise be strongly represented in this part of the country. Despite these troubling aspects, this film is simply seeking to entertain and present a fun story that audiences can be immersed in so as to share some laughs.

With this in mind, it becomes very easy to simply overlook the troubling aspects of these townspeople’s drive to win this factory by any means necessary.  In fact, you will find yourself enjoying this very small picture and begin to see that even you have been seduced by its grand performance.

So, if you are looking for a small, fun film without a hint of special effects in a sea of films this summer that are drenched in them, look no further than The Grand Seduction.