NOTHING SACRED (1937) – DIRECTED BY WILLIAM A. WELLMAN 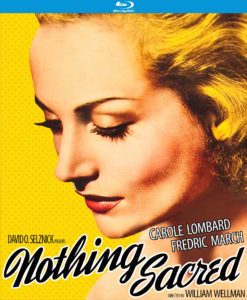 MADE FOR EACH OTHER (1939) – DIRECTED BY JOHN CROMWELL 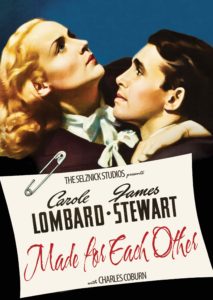 The luminous Carole Lombard co-stars opposite Fredric March and James Stewart in two late 1930’s features produced by David O. Selznick. Directed by William A. Wellman and John Cromwell, respectively, 1937’s Nothing Sacred, with a script credited to Ben Hecht, and 1939’s Made for Each Other, with a script credited to Jo Swerling, capture different yet complementing modes of A+ Classic Hollywood storytelling from a prime era of Golden Age moviemaking. As peerlessly presented by their shared producer and star, Kino Lorber’s pair of beautiful restorations bring New York City, the 1930’s, and their studio-recreated, artistic reflections to a similarly visualized ideal on Blu-ray. 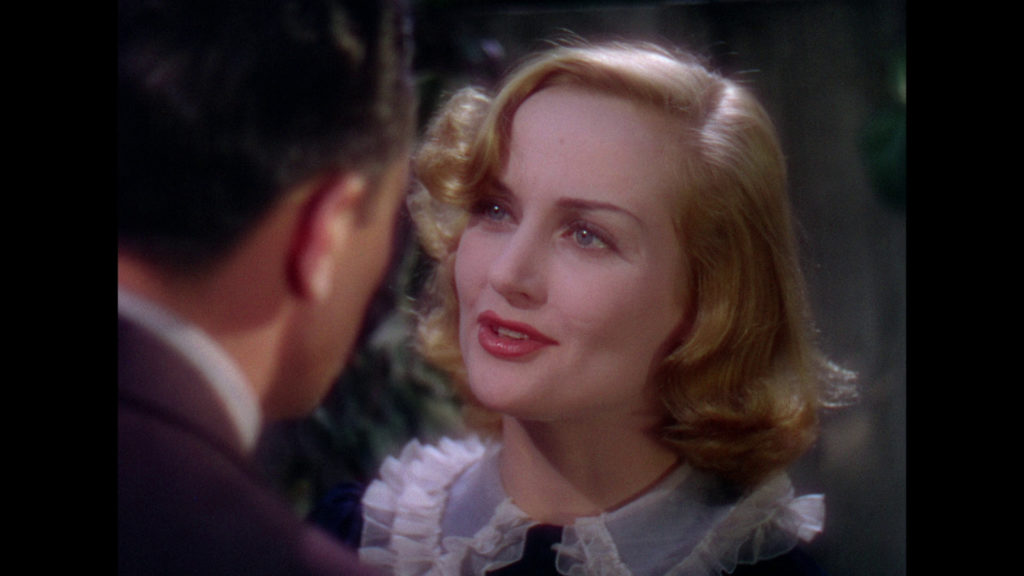 Nothing Sacred impresses first with its vivid Technicolor photography, and the color process’s painterly tones are even more impressive for appearing feature length in a then contemporary, urban comedy. Reserved previously for historical, literary, and fantasy subjects, the rosy reds, garish greens, and burnished blues foreground rather than undercut the journalistic comedy’s satirical edges while also upholding the chemistry between its two leads. Fredric March, as a newshound exploiting a (supposedly) dying, smalltown girl, played by Carole Lombard, together supply much of the (expected) humor and all the (unlikely) heart in an uproarious hour and fifteen minutes of screwball shenanigans. The literal knockdown, drag-out that climaxes the bracing highs and mordant lows of said romantic combat – with Lombard matching March blow-for-blow in her sympathy flower-festooned boudoir – is still a gaspingly hilarious and brilliantly staged passion play on the eternal war between the sexes. An East Coast and Technicolor companion piece to the producer’s (Selznick), director’s (Wellman), and one of its star’s (March) West Coast and Hollywood exposé – the same year’s (1937) first filming of A Star is Born – Nothing Sacred remains a biting yet blissful evocation of the wit, sentiment, and up-tempo jaunt of its lush, Gershwin-inflected (as supplied by that composer’s protégé, Oscar Levant), Gotham-tinged era. 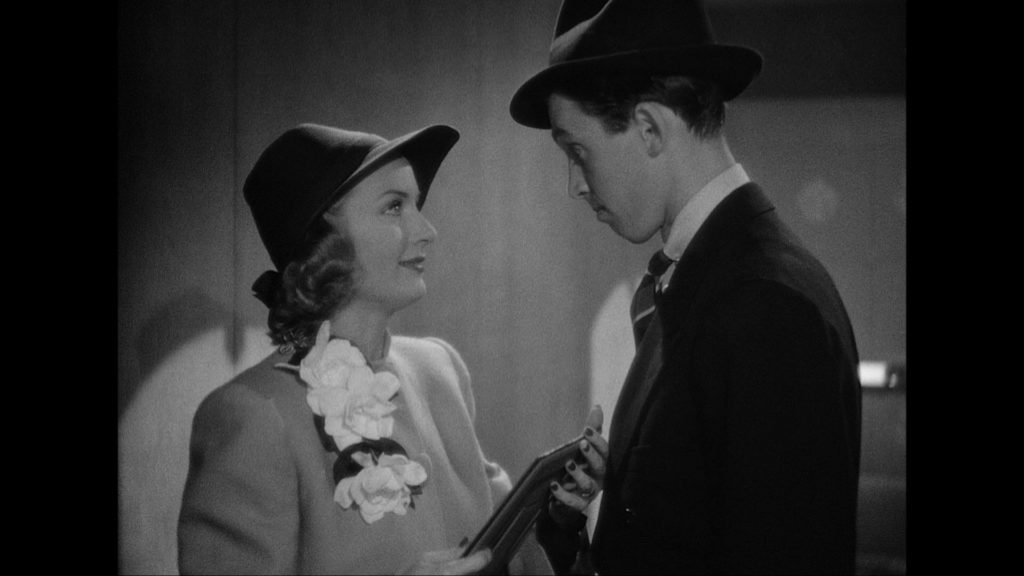 Made for Each Other, made in that perennial year of film and Classic Hollywood grace, 1939, reunites Lombard with producer Selznick, and teams the former with similarly perennial screen everyman James Stewart, as examined in early marriage and parenthood by director John Cromwell, and under the artful play of shadow-and-light of black-and-white cameraman Leon Shamroy. A comparatively restrained yet no less effective Lombard, as a just-married wife and soon-to-be mother, grounds the light comedy and everyday drama of domesticity as the struggling young couple attempt to make a home for and with each other, despite matters financial (a hard-of-hearing and deceptively hard-of-heart boss played by Charles Coburn), generational (Stewart’s peevish and undercutting, widowed mother, played by Lucile Watson), and menial (a parade of either ill-natured or incompetent maids and cooks crowned in both supreme competence and good nature by an unbilled Louise Beavers; just at the point where the couple can no longer afford this paragon’s much-needed help!). Anyway, a word which serves as effective dramatic device as it does a memorable third-act transition, it always appears darker before it turns light, and the chiaroscuro of crushing disappointment and (truly) harrowing crisis – the humiliation of Stewart’s “most likely to succeed” college yearbook photo rapidly superseded by an airborne, cross-country, white-knuckle race to deliver life-saving serum to their pneumonic newborn – gives way to light-flooded imagery of recovery and reconciliation. Stewart charms, as usual, but Lombard shows a dramatic range that carries the delicate drama through its melodramatic climax – her light-sculptured features in a hospital chapel convey equal parts strength and vulnerability – and helps the story resolve to its hopeful conclusion. A studio-made tight-wire act of shifting tones and moods, Made for Each Other nonetheless remains a heartfelt and realistic portrait of newlywed heartache and bittersweet bliss.

Kino Lorber’s sterling Blu-rays of Nothing Sacred and Made for Each Other – both restored and remastered from high-definition, 2K scan – have on their release become essential for the best appreciation of these early, independent David O. Selznick productions, which have both languished in poorer quality public domain home video transfers the past several decades. In addition to Selznick and Lombard-relevant trailers included as special features, audio commentary tracks featuring William Wellman, Jr., on his directing father William A. Wellman’s Nothing Sacred, and film historian Lee Gambin, on Made for Each Other, further recommend these welcome additions to one’s home video library; which will provide equally invaluable to one’s growing appreciation and greater knowledge of the Golden Age of Hollywood and its glittering galaxy of brilliance made sacred.

Images from this review are credited to DVDBeaver.