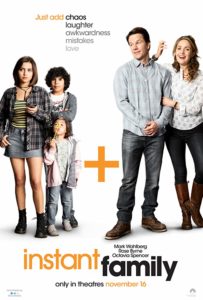 A lecture wrapped in a sitcom, the new film Instant Family has its heart in a good place while hitting a litany of wrong beats.  It’s fine that the movie comes from a personal place, existing wholly in support of a non-profit organization of the same name.  The third end title instructs viewers to go to InstantFamily.org for more information, as though the feature-length info dump that preceded it was merely a taste.

Actually, being that Instant Family is all about becoming a foster parent, it stands to reason that this 119 minute long string of vignettes, funny moments, and uncomfortable confrontations, all played for maximum broad appeal, should be merely a taste of the experience.  Sean Anders, the film’s director and co-writer (along with John Morris) is no stranger to fostering to adopt, as he’s a veteran of the process.  It’s not so fine that the film’s series of hapless universal conundrums somehow plays as though he’s the first person who’s experienced or even thought of all of it.  If movies could suffer neck kinks, then Instant Family, with all its persistent talking downward, is definitely suspect.

Mark Wahlberg and Rose Byrne play longtime husband and wife Pete and Ellie.  At the start, it’s hard to know if they readily cling more to their contentment at being childless, or their penchant for communicating in a constant state of comedic exasperation.  Seeing how sooner rather than later they are each lured to a foster parenting website, the answer obliviously turns out to be the latter.  Even before three foster children enter their lives, turning everything oh-so upside-down, Pete and Ellie snipe at one another as though they are always at the end of their frazzled ropes.  It’s a comedic default mode, to be certain.  But also, patience is not just a virtue, it’s a necessity, if a couple is to become instant parents.

And, speaking of which… not to kick a personal project when it’s already got problems, but it should be said that “Instant Family” is a downright horrible name- for both the movie, and the organization.  After all, who’s foster family clicks together “instantly”?  The notion is even cut down by the film’s own story, itself truly demonstrating what a terribly wrong monicker it is.  But, considering how costly and emotionally treacherous the road of fostering can be for so many- particularly when, through no fault of anyones, it doesn’t click- the title, coupled with some of the pointed “hang in there!” motivational talks by omnipresent social workers played by Octavia Spencer and Tig Notaro, might prove the opposite of funny. 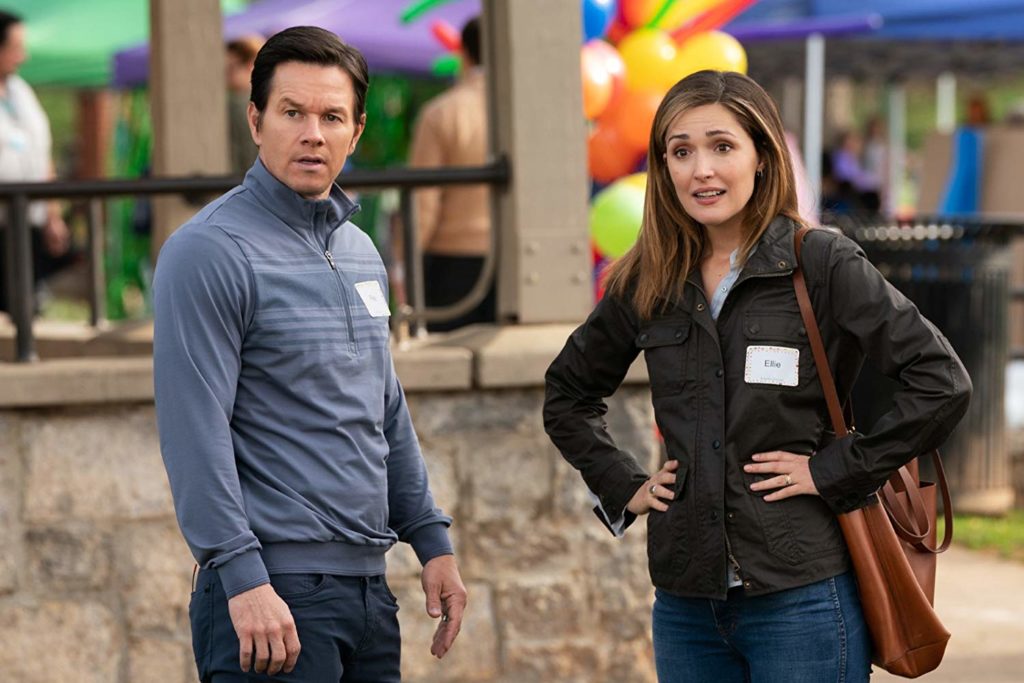 In Instant Family, each new mess erupts into its own moment of crisis, be they temper tantrums, physical injury, or that dicey realm of teenage sexuality.  There’s even the eventual return of the rehabbed biological mother, looking to reclaim her children.  It’s a long way to go for Pete and Ellie to learn, as every parent must, that it isn’t all about them.  Except, in the case of Instant Family, it is all about them.  One doesn’t get Mark Wahlberg and Rose Byrne to commit to this low budgeted domestic comedy wherein they are made to wear clothes from Target and go to Six Flags and have them not be the stars.  By the time someone finally yells “It’s not about you!!” to them, one couldn’t blame both the actors and the audience for becoming confused.

If Instant Family has a saving grace, it’s the three child actors.  Playing siblings who’ve long languished as unwanteds in the foster system are Julianna Gamiz as the precociously lovable little Lita, Gustavo Quiroz as the fragile and sensitive Juan (thwacked around in a string of ill-fitting sight gags.  Bonk!  Down he goes.  Ha ha, it looked funny when he fell!  Oh gosh, is he okay…?), and Isabela Moner as fifteen year old Lizzy.  Portraying the hardened and cynical Lizzy to a tee, Moner is the one asked to do all of the film’s on-screen heavy lifting.  It’s mainly on her, with her pretty scowls and PG-13-warranting language, to truly sell the reality that there’s more to good parenting than the social worker-prescribed practice of “regulate/relate/reason”. 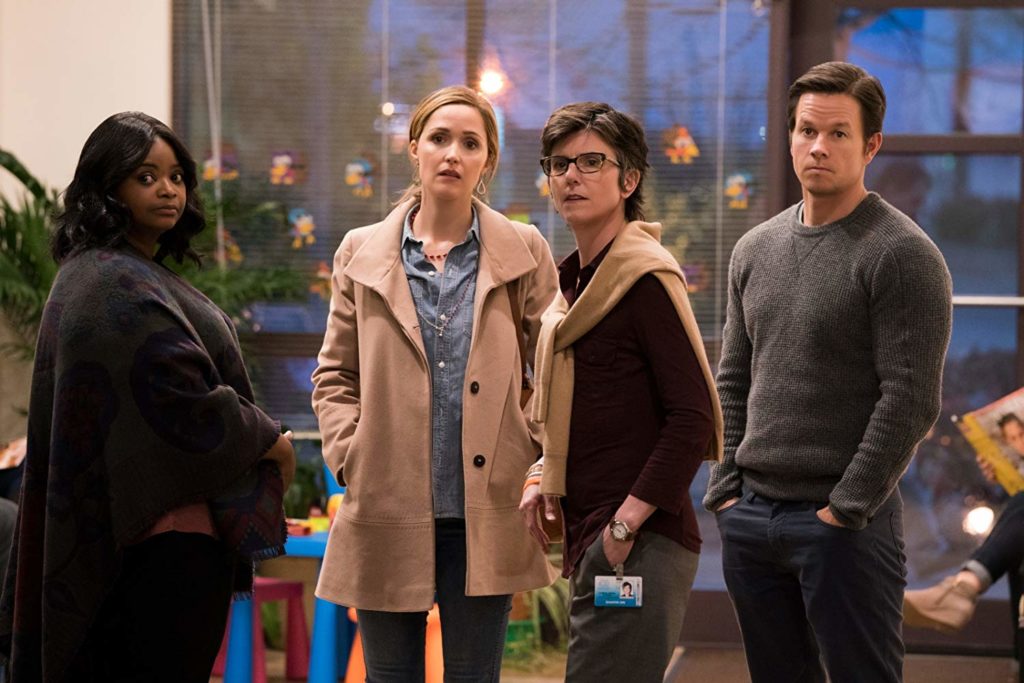 Instant Family strikes one as far too entrenched in formulaic blah to ever make much of a cultural mark.  One look at its generic poster, and it’s pretty clear that the unholy cluttered catacombs of online streaming services are its final destination sooner than later.

For those who do find it, and might even be compelled to go out and see it in a theater, they’ll find a flatly lit lecture from the heart (but with jokes), spoon fed with all the nuance and subtlety of most Christian films.  It explains in many different ways, again and again, that parenting, it turns out, is hard, and foster parenting is all harder.  Especially hard is fostering teenagers, those chronically unwanted dregs of the system. The film would have us believe that only the most heroic and devoted foster parents stick it out the commitment with them.  Sean Anders and his cast and crew preach in a lowest common denominator way to make sure that we, the viewers, understand all of this, and more.  Instant Family, though, is a message movie that fails to even preach effectively to the choir.