There is Nothing Wrong With This Set 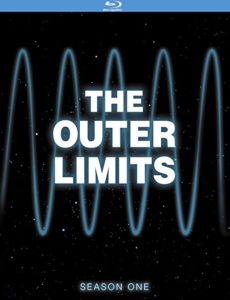 By the early 1960’s, as cinema was busy nearly destroying itself in a fit of hyper-evolved grandiosity, television was coming of age.  As The Outer Limits came into focus in 1963, the medium was at a crossroads of class and kitsch.  The first “golden age” of the medium was coming to an apex; your Rod Serlings and Ernie Kovacs’ and the like having a final moment in their grey sun before the waiting-in-the-wings Sherwood Schwartzs and Garry Marshalls took over the tube.

For the moment, intelligence still had control.  “Control”, of course, being the operative word…  If it’s true that control is something we’re raised to hold onto at all costs, then The Outer Limits (created by Joseph Stefano and Leslie Stevens), with its famous opening spiel, “There is nothing wrong with your television set.  We control the vertical.  We control the horizontal…”, is all the more unnerving than its surface message.

This Blu-ray set more than earns its place on the shelf alongside of Image Entertainment’s superb 2012 release of the complete original run of The Twilight Zone.  It is an honor to own.

Like an oldest child lording over the TV remote to the detriment of younger siblings, such control is stubbornly precarious to begin with.  So then, it’s in the true spirit of all willing viewership and theater-going that the mysterious “Control Voice” dictates its terms for this most unusual series: “For the next hour, sit quietly and we will control all that you see and hear. You are about to experience the awe and mystery which reaches from the inner mind to… The Outer Limits.”

Those same children, then, had to be a bit freaked out by The Outer Limits.  Sure, they really could’ve changed the channel.  But how could they ever look away?  What a terrifying and compelling assortment of intellectual madness this is.  Referring to The Outer Limits as “The Twilight Zone with monsters” is inherently dismissive, though not altogether inaccurate. 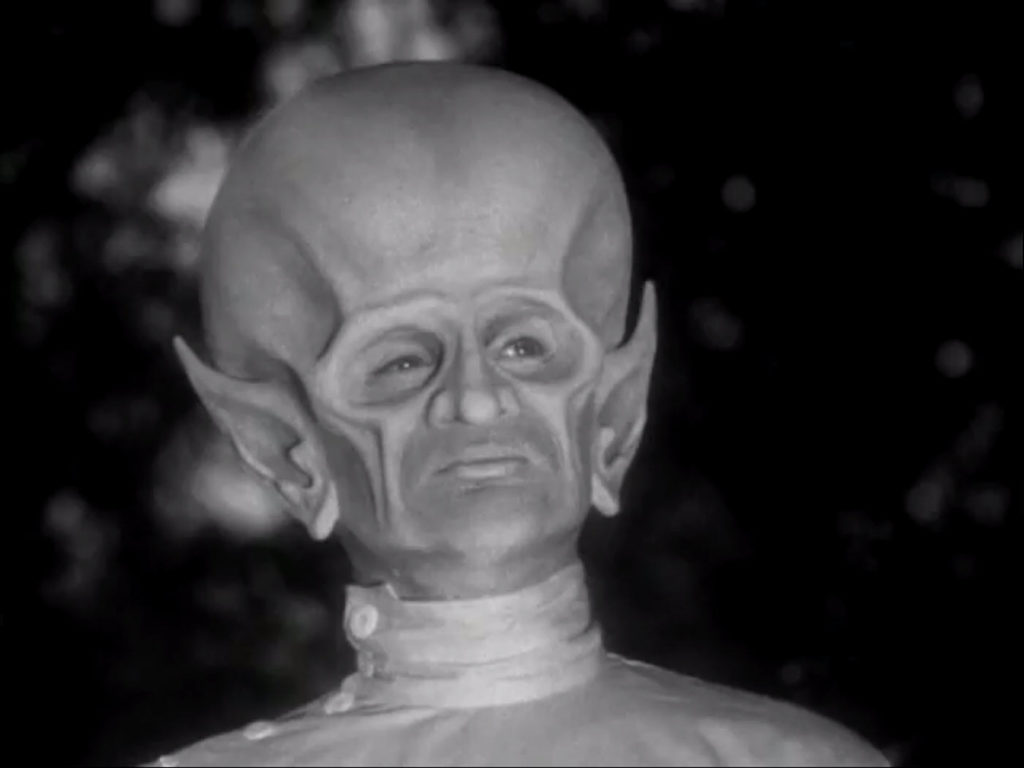 Long before Guillermo del Toro’s monster/romance/espionage/fairy tale The Shape of Water became the first film of any such type to take Best Picture at the 90th Annual Academy Awards, prompting him to tell “everyone who is dreaming of parable, of using genre fantasy to tell the things that are real in the world today, you can do this.  This is the door.  Kick it in and come in”, serious-minded genre fare thrived on television.  And although del Toro’s inspiring Oscar speech has as much to do with rightly encouraging other such minority filmmakers to break out of their restrictive “reality rut”, it should be pointed out that the path was blazed long ago by no less than Mary Shelley.  From the serpent in the Garden, monsters stories have always been the refuge of the outcast, the outsider.

Existing for only two seasons, in between the dwindling of The Twilight Zone and the beginning of Star Trek, The Outer Limits packed a brief if legendary wallop in the area of ideas-driven genre storytelling.  While big screen science fiction of the day leaned hard into either space travel and/or giant monster holdovers from the previous decade, producers Joseph Stefano and Leslie Stevens looked to the televised anthology format to maintain the elevated state of the genre per Rod Serling and company before them.  The budgets were not huge, even by 1960’s TV standards, but the talent pool was deep, and for two fantastic seasons, their idea reservoir irradiated their viewership with powerful creativity and startling vision.  The first ten episodes alone, each briefly summarized here, attest to that:

In “The Galaxy Being”, Cliff Robertson is a radio station manager obsessed with using their powerful transmitter to search the heavens for alien life.  This dynamite debut episode plays effectively like a smaller scale but wholly eerie riff on The Day the Earth Stood Still (1951), with a glowing alien visitor more coolly realized than any motion picture of the time. 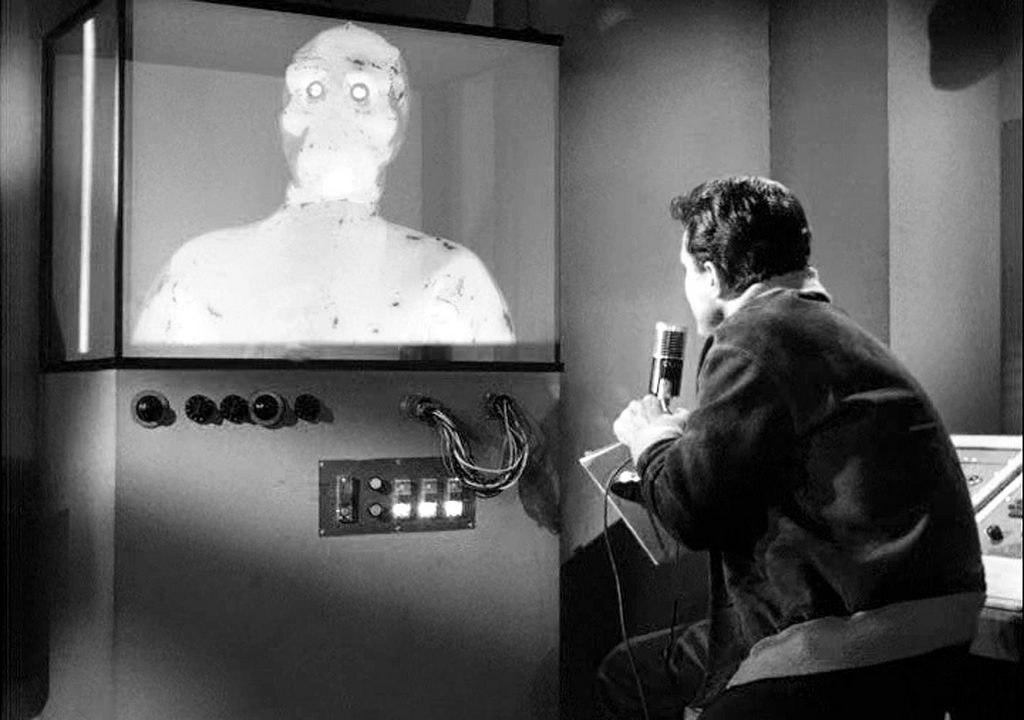 “One Hundred Days of the Dragon” and “The Architects of Fear”, episodes two and three, are directed by Byron Haskin (War of the Worlds) and photographed by the great Conrad Hall.  More actualized conspiracy theories than monster stories, these are nonetheless effective genre thrillers.  In the latter episode, a government cabal chooses a young member played by Robert Culp for their master plan, to create and present a “common foe” in an effort to unite all of humanity.  He is physically transformed into an alien creature, a repulsive and painstaking process that spans the bulk of the episode.  Despite the half baked creature-feature premise of it all, the eerily empathetic tragedy of “The Architects of Fear” is a central example of what makes The Outer Limits transcendent.

“The Man with the Power” stars Donald Pleasence is a pushover school teacher with a naggy, belittling wife and an unappreciative boss.  After a secret brain enhancement surgery leaves him with destructive mental abilities he’d never fathomed, he’s able to turn the tables in the most lethal of ways.  Will his conscious thwart his thwart his thirst for vengeance before its too late?  Pleasence, already a firmly established movie actor and starring in The Great Escape that same year, holds nothing back in this most powerful episode.

One of the most iconic episodes is “The Sixth Finger”, in which an ambitious London professor working in a humble Welch mining town unlocks the secrets of accelerating human evolution.  It’s staggering to think that in the middle of a meat-grinding production schedule of a series that’s different from the ground floor on up each and every time, the powers that be opted for a mannered Welsh-set chamber piece.  Yet, here it is. “Your ignorance makes me ill and angry”. 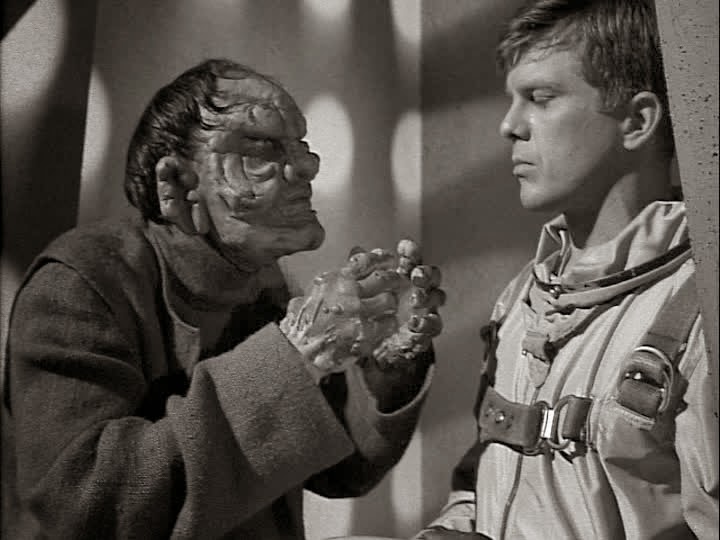 “The Man Who Was Never Born”

In “The Man Who Was Never Born”, a time warp takes an astronaut to Earth of the year 2148.  It’s not the bustling future world that Star Trek promised, that’s for sure. A lone but articulate mutant, played by Martin Landau, maintains the published archives of our world, the world gone by.  The mutant gets his unlikely wish when he makes it back to 1963, enabling him to stop the man responsible for the planet’s bleak future from ever being born.  “The Man Who Was Never Born” is lauded by its commentator, Gary Gerani, as the series high water mark, the one that “has it all”, hitting on all cylinders.  It’s true that this episode is eminently rewatchable; one of several individual episodes that could justify a full length review writeup on its own.

“O.B.I.T.”, though no black mark, is one of the lesser episodes summarized here.  That said, it might also be the most prescient.  O.B.I.T. stands for “Outer Band Individuated Teletracer”, a super-secret government super-computer with the ability to spy on anyone, anywhere.  When someone operating the machine is murdered in the military based in which it’s housed, a valiant U.S. Senator shows up to get to the bottom of things.  If only our actual, current U.S. Senators had a fraction of the knowledge of or passion to defend our privacy from cyber-spying.

“The Human Factor” stands tall as one of the stand-out episodes.  It featuring Sally Kellerman as a cool-headed but lovestruck secretary smitten with a decent but workaholic scientist.  The scientist has created a mind-reading device, which goes wrong during a session with a willing patient.  The episode does a fine and surreal job of examining ethical temptations and, at times, playing them out with alarming swiftness.

“Corpus Earthling” brings back Robert Culp, this time playing a man who’s dilemma gives a warped new meaning to “rocks in the head”.  Alien rocks are wreaking havoc on his mind, resulting in one of the weirder, more unsettling episodes of the season.

Operating on its own fearful level of dread and paranoia, the episode “Nightmare” is something that might defy certain logic, yet get under one’s skin immediately.  Martin Sheen and a small crew of some type of U.S. Space Force are taken prisoners on the planet of humankind’s intergalactic foe.  Downright eerie in every way, “Nightmare” fully lives up to its name while doing so much with very little.  With just a nondescript blank background and an array of black, jaggedly shaped formations, the director John Erman cultivates a persistent feeling of unease.  Even more strangely, perhaps, is that, based upon the chat between stranded crewmen, this is still the 1960s.  Quite the stripped-down alternate reality, if that’s the case. 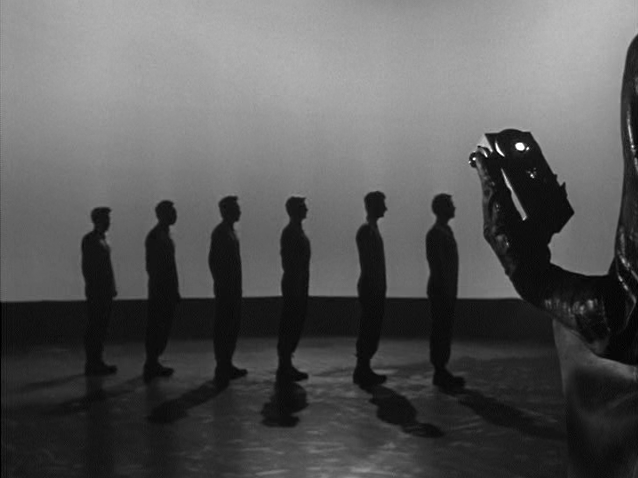 Already a fully exceptional helping of lucid vintage black and white anthology television, there are twenty-two more episodes where those came from.

Through every possible flux of its waveform, Kino Lorber Studio Classics‘ box set of the first season of The Outer Limits is a top tier class act. It will, no doubt, be remembered as one of the finest Blu-ray releases of 2018.  For the first time on Blu-ray, All thirty-two first season episodes are presented in their original broadcast order with beautiful clarity, contrast, and grain.  At long last, this us how this beloved series should be treated.  The very handsome and fairly thick slipcase packaging includes not a little booklet, but a small square bound paperback book.  The centerpiece of this book is a comprehensive essay by Outer Limits expert David J. Schow, detailing a myriad of facts about this first season, including insights on the casting, the staff, every episode, and the prickly network politics leveled at the creators by ABC Television. 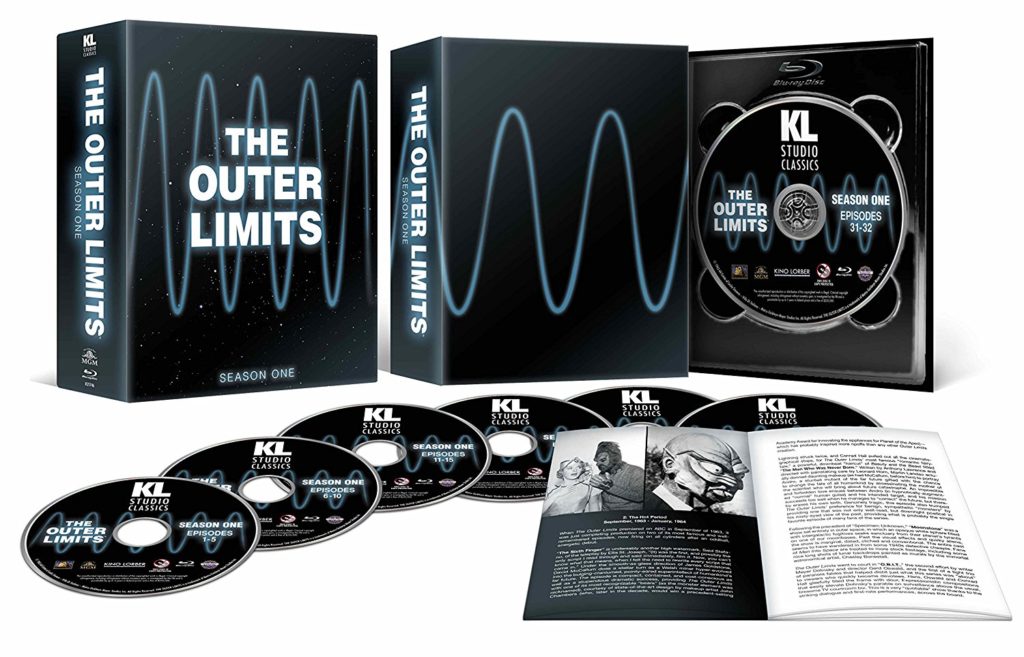 If that’s not enough information, this set offers nearly twenty hours of optional commentary tracks on assorted episodes, courtesy of film and TV historians Schow, Tim Lucas, Craig Beam, Gary Gerani, Steve Mitchell, Dr. Reba Wissner, and Michael Hyatt.  These are all people who’ve really done their homework, and, in their own ways, are great company as they share their wealth of knowledge about one of their favorite TV programs of all time.  This Blu-ray set more than earns its place on the shelf alongside of Image Entertainment’s superb 2012 release of the complete original run of The Twilight Zone.  It is an honor to own.

The Outer Limits, in its inaugural incarnation, resonates- from the inner mind to… by now, you know where.  With these episodes of the ever-imaginative and sadly short-lived series, awe and mystery persistently abound- whether in a soft blur or sharp focus.  You will surrender control… Again and again.