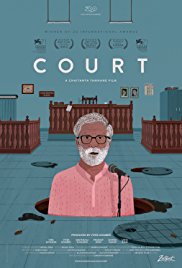 Writer/Director Chaitanya Tamhane delivers his first full-length film called Court, following his short film Six Strands.  Set in his native country of India, Court is a maddening look at the justice system of a democracy that too often looks like injustice to western eyes.

The film does the rare feat of keeping the viewer captivated while forcing them to experience the long, dull, drawn out process of this legal system, without the viewer feeling the effects of that process.  In fact, following the film’s conclusion, I was ready to watch more of this never-ending process, as Tamhane has taken his time to bring us into the lives of each of the story’s characters through the mundane day-to-day activities that they go through as they participate in this process.

The procedural journey through the court system is largely an accurate depiction, which is part of what makes the film so fascinating.  Court is a fantastic debut film.

The story revolves around sixty-five year old Narayan Kamble (Vira Sathidar), a radical poet and singer who is first introduced as a teacher of children.  He leaves his students and calmly boards a bus across town where he is to sing at a gathering of sorts, in a local community.  He unemotionally speaks with a couple of organizers, walks onto the stage and is introduced by one of the background singers, surrounded by both singers and musicians.  As he steps up to the mic, he launches into a poetic freestyle jam with vividly dark images and heavily political overtones.  If Indian folksingers had the equivalent of Rage Against the Machine, then Narayan Kamble is Zack de la Rocha.

His musical set is quickly interrupted by the authorities who arrest Narayan.  The next scene is of a man entering the police station.  He introduces himself as Mr. Kamble’s attorney Vinay Vora (Vivek Gomber).  The policeman explains that Mr. Vora’s client is not at that location but is being held at another.  We are then shown the warrant that led to the arrest of Narayan, before Mr. Vora quietly heads out of the station.

The next day, we see the public prosecutor (Geetanjali Kulkarni) bring the charges before the judge (Pradeep Joshi), were bail is denied.  It is here that you get a true sense of what is to follow.  The reason for denying bail for an older man expressing his own thoughts is often based on archaic laws that go back to the 1800’s, when Britain ruled the land.  The way many of the laws are written, such charges would not hold up in an American court, but here, they do.

With a court system that is so bogged down with nit-picky charges, judges are seen as successful based on how many cases they get to a day.  Often these cases aren’t resolved, but delayed.  In Mr. Kamble’s case, he is charged with the death of a local sewer worker who is said to have committed suicide after hearing Narayan Kimble sing a song encouraging sewer workers to kill themselves.  Even Ozzy Osbourne was accused of this in the 1980’s for his song “Suicide Solution”, but would we put him in jail for over a year to await trial where such a thing cannot be proven?

Each time we see the court, they may only speak to one witness.  Often, a witness that was scheduled to appear simply doesn’t show up.  The judge just picks a new date to reconvene, and the case is pushed back to another day.  A simple charge may last months or even years to adjudicate, simply based on the inefficiency of the system.  In between each court appearance, we are shown the daily lives of the defender, the public prosecutor, and the judge.  Meanwhile, Narayan simply waits in jail, where we never see him.  The accused is not in court, only his attorney appears, unless he is to testify.  As the film goes on, it becomes an even greater and sharper indictment of the true injustice in India, a system perpetuating the very institute that is supposed to deliver it. 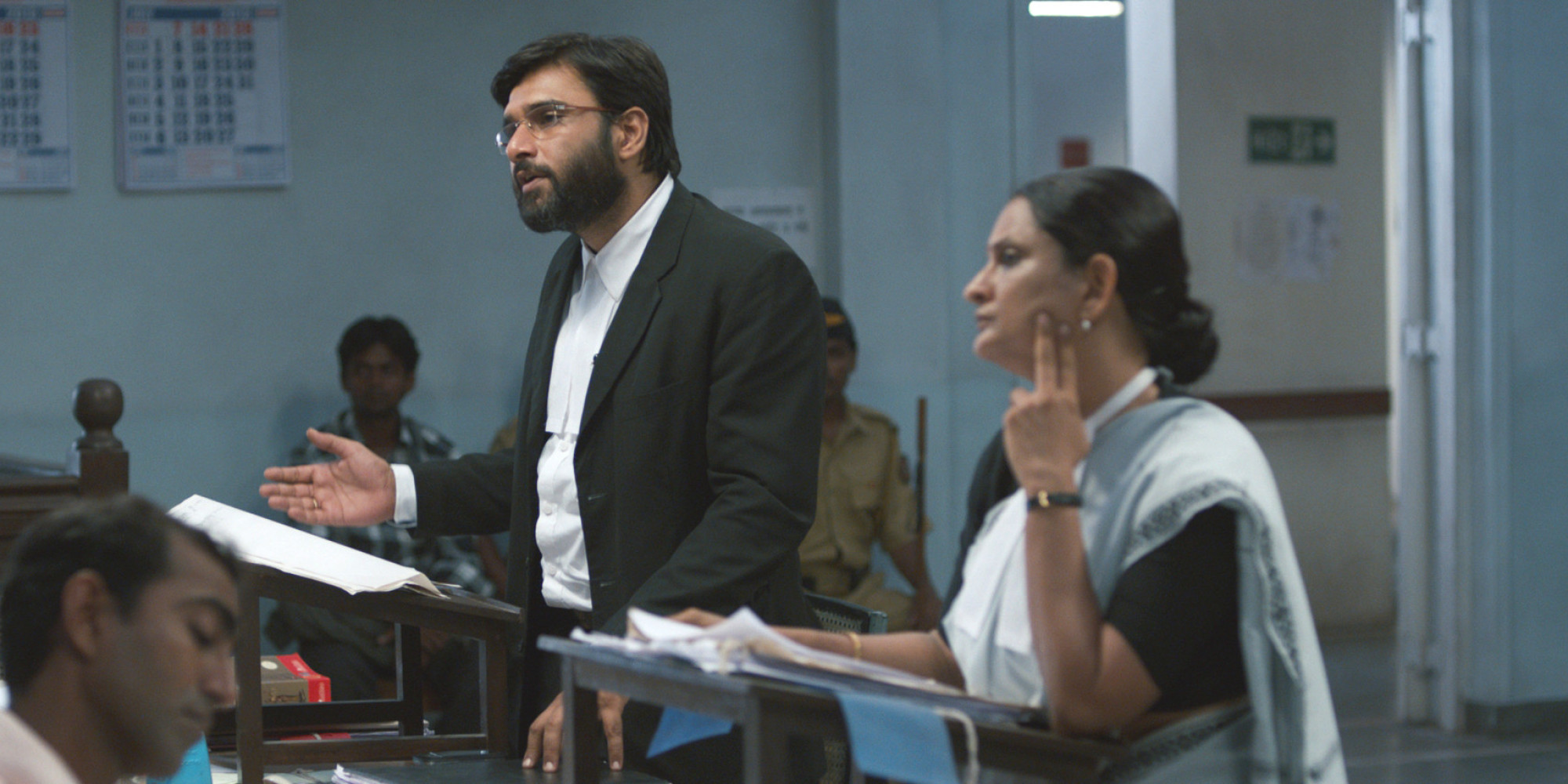 Chaitanya Tamhane effectively uses the camera to capture the moment by moment proceedings without fanfare, or any shred of the typical courtroom drama and tension that often is seen in court-based films.  This isn’t a John Grisham styled thriller.  In terms of how the camera captures this court system, this is nearly a documentary.

The director, in several special features, acknowledges his intent to capture as much real-life experience as he can.  He also cast mostly non-actors for the film.  Instead of seeming amateurish, it actually creates an increased realistic aesthetic for the viewer, as it creates an enhanced illusion of reality for what is a purely scripted storyline.  The character of Narayan is based on real-life poet/singers, and the procedural journey through the court system is largely an accurate depiction, which is part of what makes the film so fascinating.  Court is a fantastic debut film. 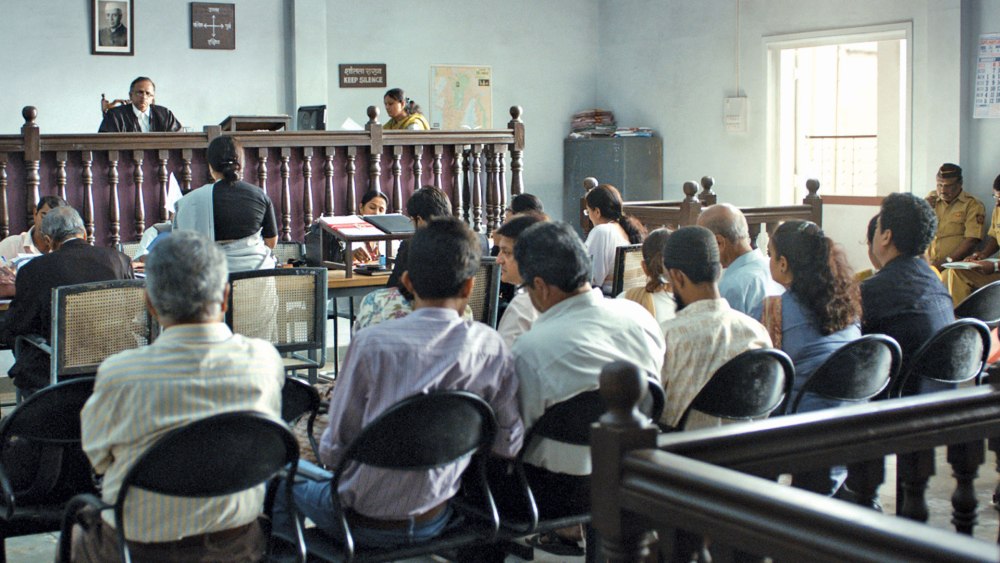 The DVD contains several bonus features such as the trailer for the film, and three behind the scenes interviews about the plot, casting, and making of the film.  The film has four spoken languages, consisting of Marathi, Gujarati, English, and Hindi.  Subtitles are provided in English as well as containing different audio options.