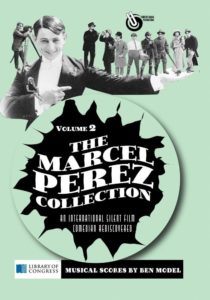 The second (and newest, at time of publication) installment in the Perez canon

I must admit that I’ve been slow in collecting comedy. The great dramas tend to be what I gravitate towards; films like Greed, The Wind, The Crowd, and even melodramas like Way Down East and Tol’able David tend to be bread-and-butter of my viewing experience.

When Ben Model (pronounced mo-DELL)  announced that he was bringing this second installment before the public, I decided that I would take the plunge and put my money in with his Kickstarter campaign. When the disc arrived, I was an extremely happy contributor. I should say at this point that, in addition to being a contributor to his Kickstarter campaign, Ben was kind enough to send me a screener for Volume 1, as I had not yet acquired one for my own collection.

Each of the films presented on this disc rise to the same level of hilarity as the ones on the first disc–an extremely high level at that. Before Chaplin, there was Perez. And I’m so very grateful that his work is being seen for the very first time on DVD. I’ll mention a couple of the individual films in order to whet your appetite for this excellently produced collection. 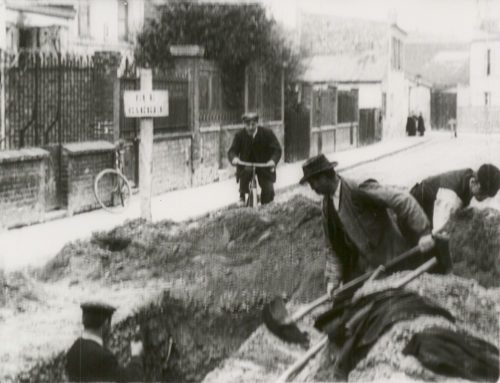 A screen-grab, courtesy of Ben Model

The Near-Sighted Cyclist is the earliest Perez film to survive. Produced in Italy in 1907, it was remade for audiences in the United States, but this is the original version. Comedies of errors are tricky for me personally; they are either extremely funny or anxiety-inducing. These are all of the former and none whatsoever of the latter! The scenarios are funny (my favorite is his run-in with the folks digging up the road) and the resolutions just feel right. Part of this feeling right is the way accompanist Ben Model handles the situations on-screen: lightly, without the heavy hand that some feel is necessary to drive humor home. The accompaniment Ben provides is reason enough to buy a silent film, even sight-unseen.

The accompaniment Ben provides is reason enough to buy a silent film, even sight-unseen.

Friday the 13th survives only in fragmentary form, but the back-story on how the film was identified is a treasure in itself.  Cataloged in the British Film Institute as “Tweedy’s Toothache,” it remained a bit of a mystery since the original title of the film was missing from the film. Steve Massa and Ben Model were able to compare the fragment to a lobby card for Friday the 13th and a prominent gag matched the lobby card.

Much of silent film is true detective work and these guys have done a great job filling in gaps for film students and fans world-wide.  Get both DVDs and spend some time laughing with friends!

Please support us at ZekeFilm if you purchase anything on Amazon by going to smile.amazon.com and selecting Zekefilm as your charity. Marcel Perez’s work can be purchased from Amazon.com by clicking here for volume 1 and here for volume 2. Thanks for your support!