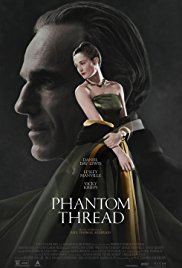 Exact. Precise. Flowing. Of a piece. From whole cloth.

In the evolving filmography of Paul Thomas Anderson, these aspects have remained his creative constants. From the seedy bursts of carnality in Hard Eight and Boogie Nights to the appalling rigidity of people in Magnolia, There Will Be Blood and The Master to the lucid lunacy of Punch-Drunk Love and Inherent Vice, Anderson’s (or “PTA”, as he’s commonly called) work is a testament to the power of when the hyper-orchestrated meets the unhinged. Only in cinema can this alchemy play out as he demonstrates. These Paul Thomas Anderson movies are something different. They exist on a plain all of their own.

And, he knows it. He knows how good he is, and like so few ace filmmakers, has managed against all odds to craft a career completely of his own dictation. From his sometimes bonkers yet always perfect casting to his wildly diverse choice of topics over the course of one film to another, the only predictable aspect of any upcoming PTA film is the question of just how good it will be.

Surely being such a recognized talent, such a strong personality, such a living iconoclast, can lead to a life of the coddled authoritarian. The unapproachable genius. The Count in his castle who’s routine we dare not distract.

This is Reynolds Woodcock, the main character and hyper-focus of Phantom Thread. To identify Woodcock as a control freak would be to greatly minimize his primary quality. If his morning doesn’t go precisely as he deems it always ought to – right down the way his morning soft boiled egg is cracked – his day is ruined, ruined. And everyone in the lavish old world compound will know it. And, in terms of a psychologically heavy work environment, they will suffer the disruption far more than he.

Phantom Thread, by virtue of its very existence and execution, invite the conclusion that this is, in actuality, an unflattering self state-down of PTA’s own completely indulged id. But, knowing what we also know about the man inhabiting him, can the same also be true of the man portraying him, none other than Daniel Day Lewis? 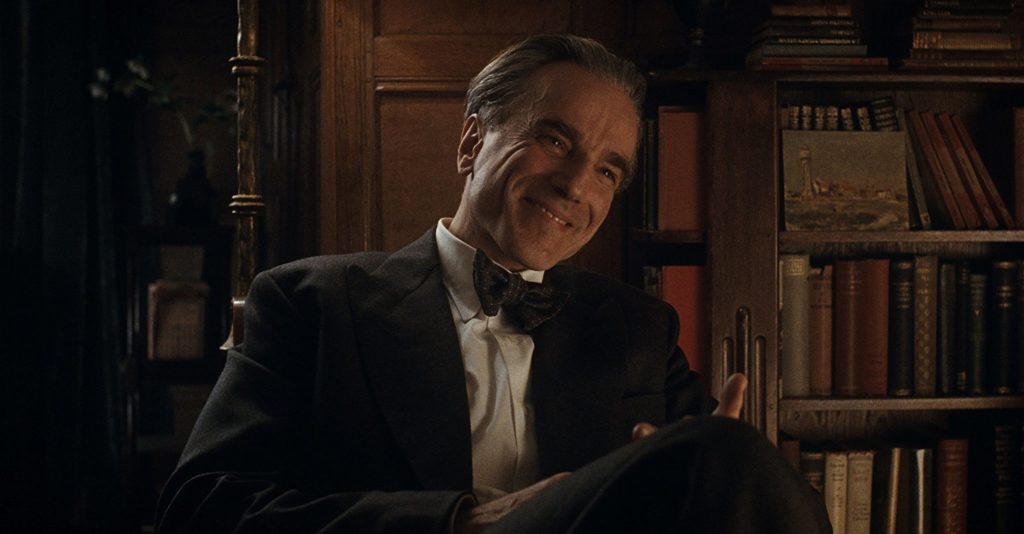 To answer that question, I offer an emphatic “Yes”! Knowing that this is Daniel Day-Lewis’ proclaimed swan song as an actor, I was watching every nuance of his character and searching for any sign of Daniel Day-Lewis, the actor. The fact is, I couldn’t see him. If any actor can completely disappear into a role, it is him. There were moments when his character’s irritable state begins to show cracks in his otherwise whimsical, yet exacting persona, but the most I could see rise out of the character were shades of Daniel Plainfield, Christy Brown, Nathaniel Poe, or Bill “The Butcher” Cutting, but they were just glimpses. In reality these moments felt more like homages to some of the many great characters he has inhabited over the past few decades. A final bow if you will, where we get to see his many creations and revel in the artistry it took to create something beautiful and let the fact that you created it be enough. Like Reynolds Woodcock and his love of beauty, and the hidden things he hides within the threads of the exquisite dresses he creates, Daniel Day-Lewis seems to be hiding a final message to us, the audience, that will ensure that the body of work he has given us will ensure his legacy will endure.

This is an extremely vulnerable place for an artist to be in, and his character shares that vulnerability at times, especially as he interacts with the wonderful newcomer Vicky Krieps, who plays Alma, Reynolds Woodcock’s muse. Paul Thomas Anderson’s naming of this young woman is a multi-layered deep dive into the heart of the film. The name Alma means “soul” in Spanish, and in Hebrew, the word means “a young girl”. When you look at the Latin, it refers to “nourisher”, with the common phrase alma mater meaning “bountiful mother”. The origin of this word is debated, but any of these possible meanings find rich and deep subtext to the story.

Through the character of Reynolds, we see a man who is so in-control of every nuance of his life, but seems to only truly demonstrate his vulnerability when he is being cared for fully. This also means that he must let go of the very work he is married to. Reynolds claims to have shunned marriage as it would cause him, for the first time, to be unfaithful. Full commitment to one’s vocation is a sacrifice that forgoes any other attempt to share one’s passion and the trail of women waiting on Reynolds to return their love is proof that Reynolds has been faithful to his first love. I wondered throughout the film if that this is a reason for Daniel Day-Lewis stepping away, as he has finally found a passion worth pursuing that would cause him to be unfaithful to the craft he has mastered for so long? 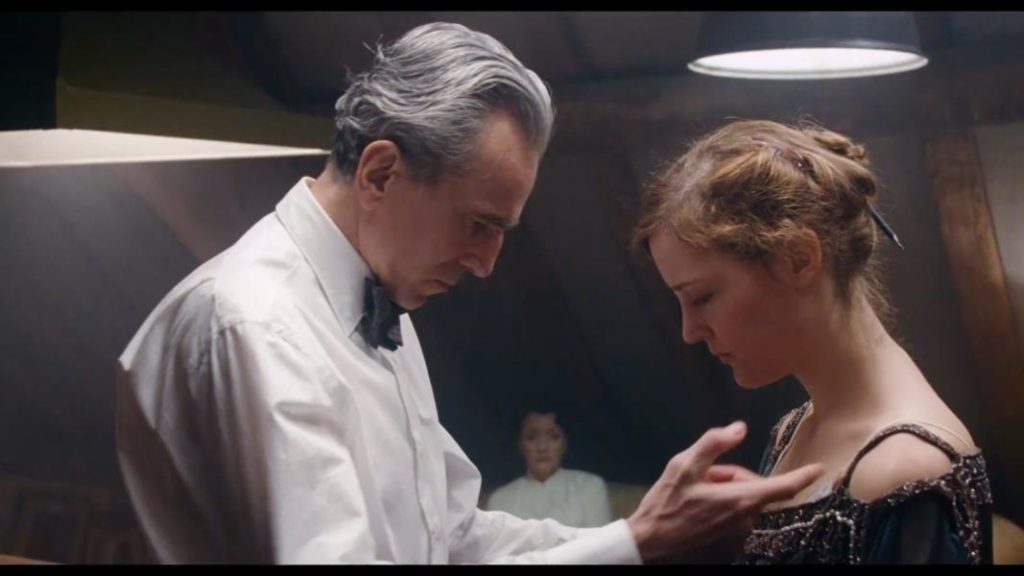 I’ve only heard that Daniel Day-Lewis has enjoyed prolonged downtime as cobbler of shoes, if that’s perhaps the passion you might be referring to. But, who knows what the future holds for this incredible actor… I do hope that this truly isn’t his final bow, as worthy of one as it is. (This is a far cry from Welcome to Mooseport!)

And thank you for that detailed etymology of “Alma”, a name I primarily associate with Alfred Hitchcock’s wife. As eloquent as the breakdown of “Alma” is, it then begs the question, what about “Reynolds Woodcock”? A quick conflation of erections and aluminum foil spring to mind, though on a purely symbolic if also a big juvenile level, it fits.  Is PTA above the juvenile, even in a movie as lavish as this? Well, he did name his main character “Reynolds Woodcock”…!  Or, maybe, for whatever reason, he was thinking of the small pump shorebird that shares the man’s last name, though that actually makes less sense.  The character’s castle of solitude and custom dressmaking is aptly named “The House of Woodcock”, an indication of just how tightly this patriarchy has been completely in line with itself.

Phantom Thread is indeed many things, and not a small one, is that this is PTA’s most audience-accessible film since at least 2007’s There Will Be Blood. Which is not to say that Phantom Thread is particularly accessible for most mass audiences, unfortunately. From the aloof title to the deliberate pacing to the period set decoration to Jonny Greenwood’s brilliantly unusual score the austere center of the thing, it’s not what most people expect from a movie. But, for those looking to engage with strong characters portrayed by great actors, one on the way out, another just arriving, Phantom Thread is an exemplary work personally cut, trimmed, fitted and obsessed over from the finest fabric, as only a master could produce. 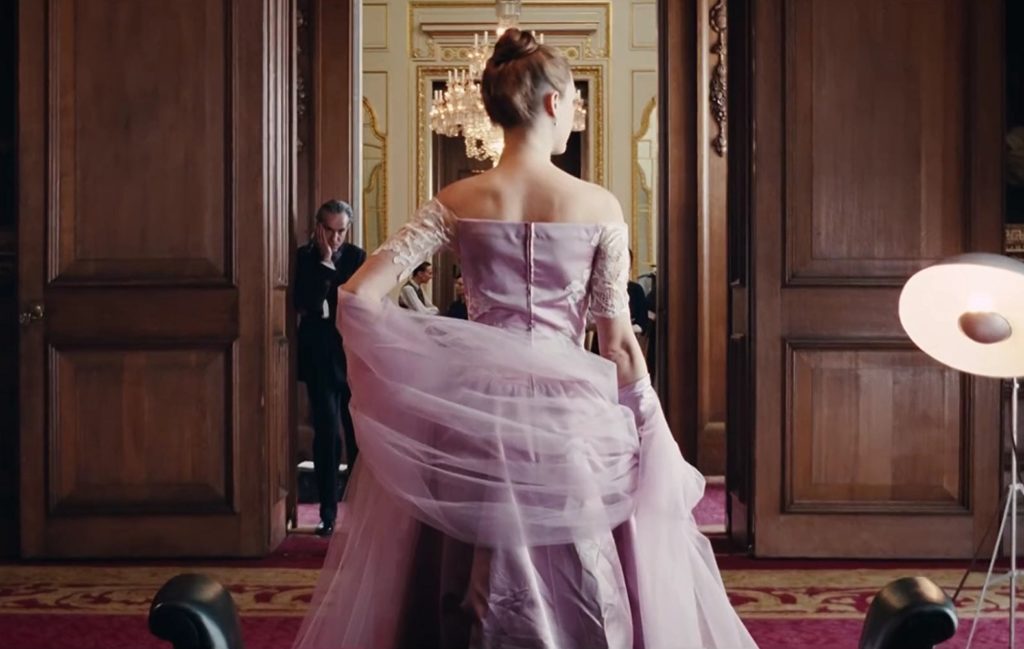