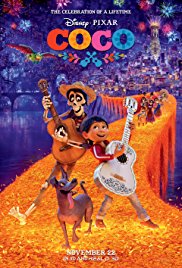 Lee Unkrich who brought us Toy Story 2 and 3, as well as other beloved Pixar films, brings us Disney/Pixar’s latest film, Coco, along with Adrian Molina.  At first glance, Coco has the aesthetic like recent films such as The Book of Life, or even Tim Burton’s The Nightmare Before Christmas and Corpse Bride.  Fortunately, Coco has its bony foot firmly planted in Pixar’s long tradition of family-friendly films that have much to say about finding our place to belong in this world, and apparently the next.

Coco tells the tale of young Miguel (Anthony Gonzalez), whose family has a long tradition of being shoemakers in his native Mexico.  It is a tradition that spans generations, though Miguel does not see himself making shoes like his parents, grandmother, and great-grandmother.  The tradition began when his great-great-grandmother, his abuelita (Renee Victor) began making shoes as a means to support herself, and her young daughter Coco (Ana Ofelia Murguía), after her husband, a musician left to find fame.  Since that time, music, once so prominent, was subsequently banned after her husband failed to come home ever again.  For generations, their family has banned music.  But for young Miguel, music is something he longs to do.  He would love to emulate his favorite musician, the late Ernesto de la Cruz (Benjamin Bratt), a sort of Elvis-like musician who appeared in film, and whose records with songs like “Remember Me” are still sung in Miguel’s town, where Ernesto got his start.

As the film begins, Miguel’s town is also gearing up to celebrate Día de Muertos, or Day of the Dead, a holiday in Mexico that typically lasts for 3 days.  The final day is often celebrated where families go to the graves of their deceased loved ones, or set up an altar, or ofrenda, to honor them.  In homes, this may include putting up pictures of their lost loved ones, to keep their memory alive, and on this special day to invite them to come back from the afterlife to join them in spirit in celebrating.  Orange marigold flowers, or cempasúchil (or sometimes Flor de Muerto-flower of the dead), are spread out as a means to guide the spirits of the deceased family members from the afterlife to the ofrendas that have been set up in their honor.

The desire of Miguel to be a musician and the celebration of this holiday will clash, as he tries to take the guitar of Ernesto de la Cruz from the mausoleum where he is buried, after believing that Ernesto might be his long lost great-great-grandfather who walked out on his daughter Coco all of those years ago.  When he does so, he finds himself transported to the afterlife world where his ancestors are, seeking to get back home.  He also finds that he may be able to find the answers to why his great-great-grandfather never came home, and help heal his great-grandmother Coco’s broken heart before she too passes on. 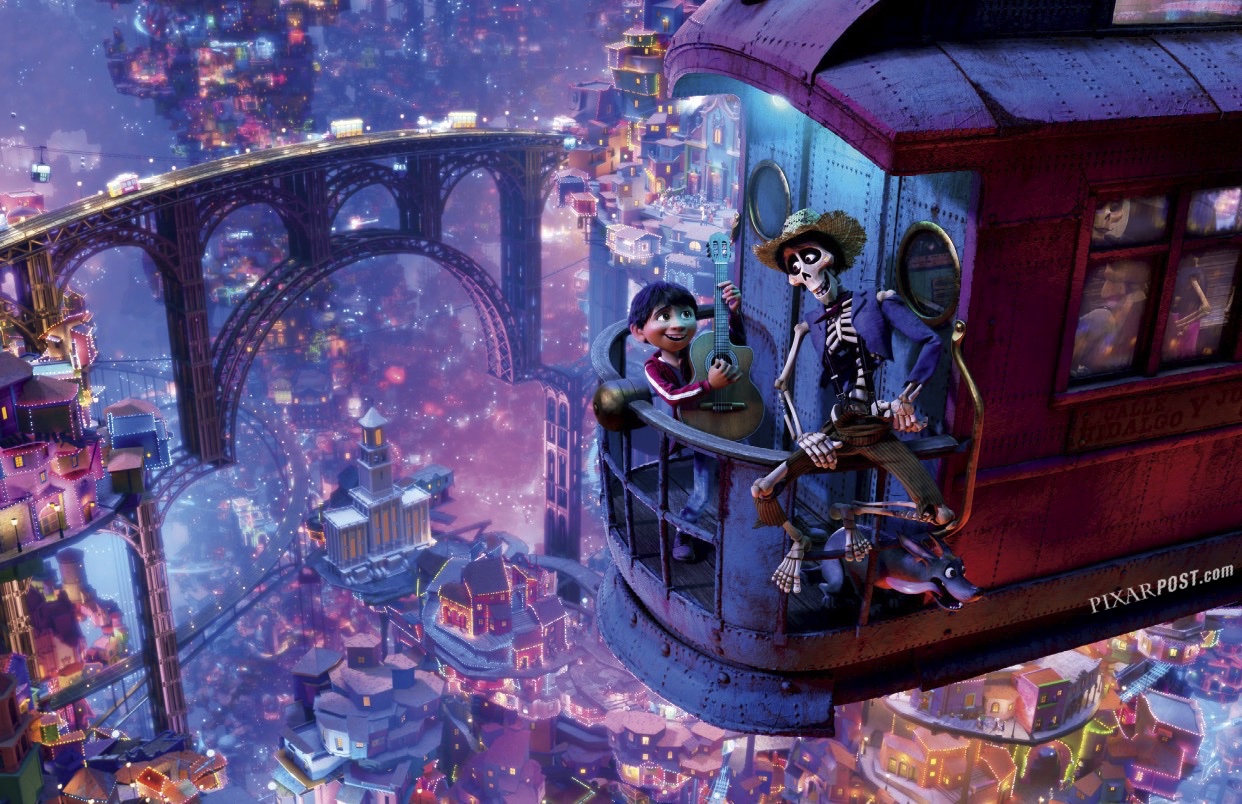 While some may bristle at the holiday at the center of the film, Coco is faithful to this largely Mexican holiday, and uses it as a means to address some larger issues of family, healing, love, and forgiveness, that transcends Mexican culture to apply to all people, in every culture.  In true Pixar fashion, the film is also a collection of beautifully-crafted scenes that bring this imaginary world to life, full of bright colors, authentic sounds and songs, and voice talent that is representative of the culture they seek to honor.  Just in case you were worried, John Ratzenberger again makes a voice appearance as he has in every single one of Pixar’s 19 films. 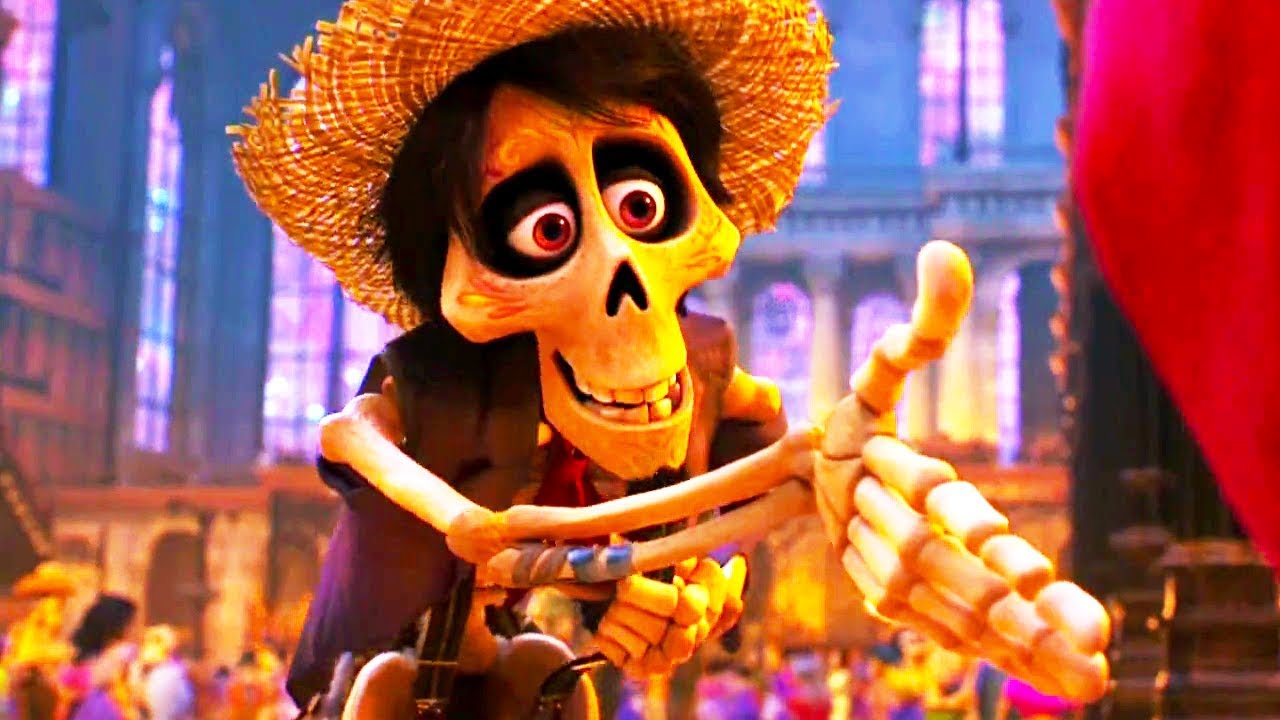 Despite its darker subject of the dead, Pixar finds a way to create an uplifting film whose bright colors, upbeat songs, and young protagonist never comes off as scary, even for younger children.  About as scary as it gets is the plethora (shameless Three Amigos reference) of skeleton imagery, and characters that populate the film, or the lion-like creature that pops up in the afterlife world.  You will need to use your own judgement of course, if you are bringing children to see the film, but if you liked previous Pixar films, this will be right in line with those, only exploring another culture, much like Pixar did with Brave, with the heart and hope of Inside Out.

Disney/Pixar may have dropped this film a few weeks too late to capitalize on the true Dia de Muertos holiday, but given their track record with family fare around the Thanksgiving holiday, they should do quite well if history is to be their guide.  Coco, is a fun, entertaining, and heartwarming film that upholds the best of Pixar’s long tradition, even if it doesn’t rise to the top of the studios’ other offerings. 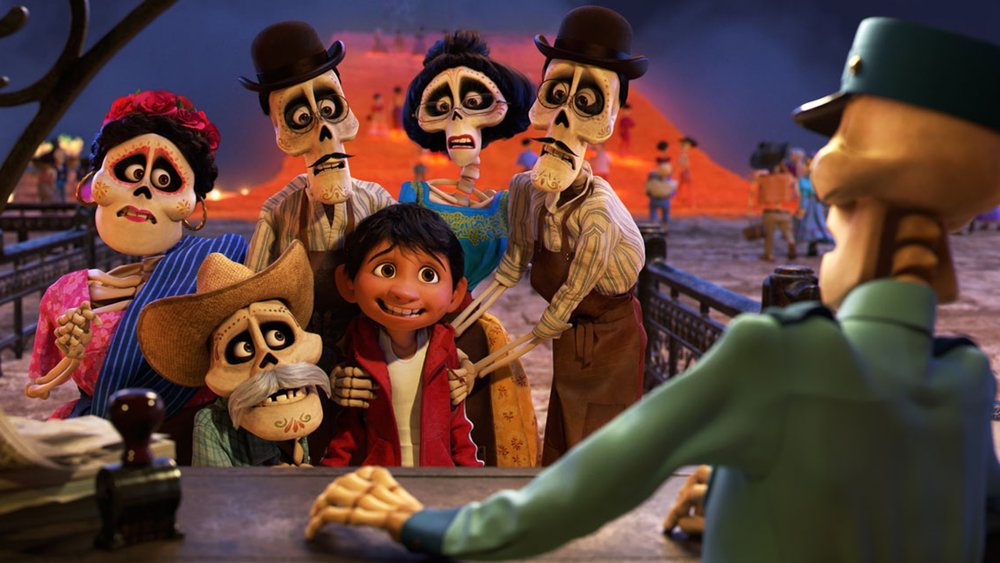