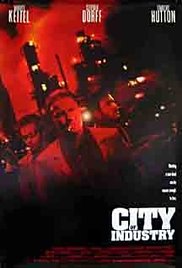 City of Industry is a pretty unknown crime drama of the late 1990’s, especially when you have a cast that includes Harvey Keitel (Reservoir Dogs), Stephen Dorff (Blade), Timothy Hutton (Q&A), Famke Janssen (Goldeneye), Michael Jai White (Spawn), Lucy Lui (Kill Bill Vol. 1), and Wade Dominguez (Dangerous Minds).  John Irvin (Raw Deal) directs, yet it has largely been a forgotten film 20 years later.  The title doesn’t help, as the real-life town called City of Industry does not relate to this story, despite being near Los Angeles, where much of this film takes place.  It seems the title was meant to be a metaphor for this dark underworld of crime, but apparently the clever title is too inside of a reference for most viewers.

Roy Egan (Keitel) is a notorious armed robbery expert who has agreed to do a job in Palm Springs with his brother Lee (Hutton), who has found an easy score worth nearly $3 million dollars.  The crew also includes Lee’s friends Jorge Montana (Dominguez), and Skip Kovich (Dorff).  Following a double cross where one of their own tries to wipe out the rest of the crew and make off with their big score, Roy, who has barely survived, begins to track down the Judas, bringing him in contact with Montana’s wife Rachel (Janssen), who may be the key to him finding the traitor, so that he can enact his full revenge. 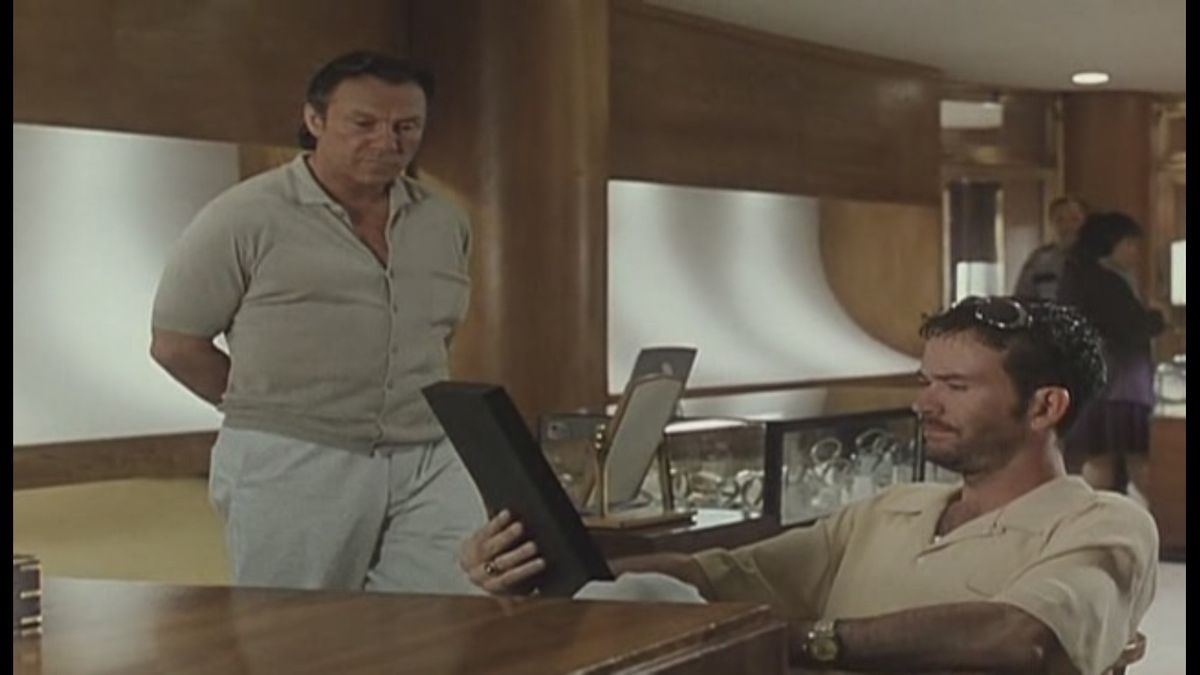 Audio commentary is provided on this blu-ray release by Steve Mitchell (Producer/Director of King Cohen) and film historian Nathaniel Thompson, who connect much of the influence of this film to Michael Mann’s 1995 masterpiece, Heat. This is the third collaboration between Mitchell and Thompson, and it may be the best one yet. Ken Solarz, who wrote the screenplay for City of Industry, was a writer on Mann’s famous 1980’s television crime drama Miami Vice, so there are some connection points to be made, but does not belong in the same category as either of these Michael Mann productions.  That is not to say that the film is not entertaining, but it cannot even be put into that level, and the fact that City of Industry is not as well known, 20 years after it was released, as a television series that is 33 years old, and Heat, which came out just 2 years prior to this film, is enough to justify my statement. 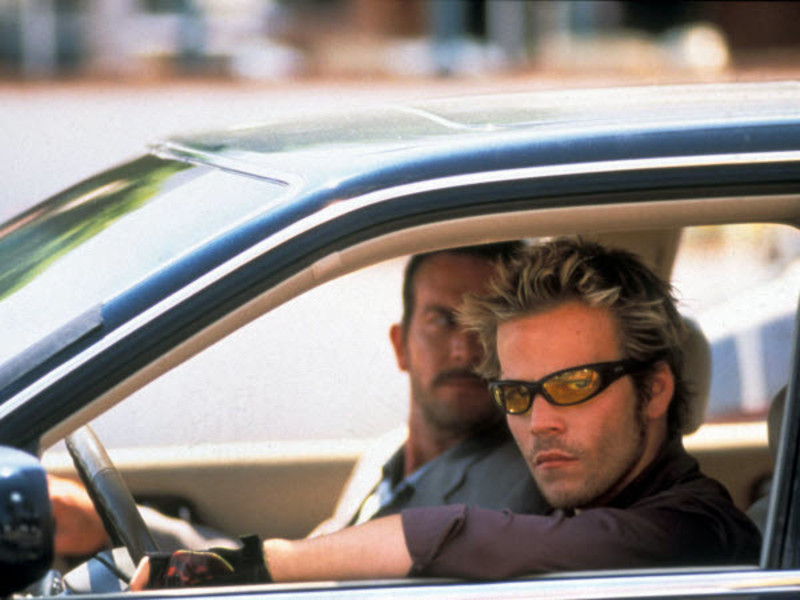 Much of the problem with City of Industry is that the film builds up the crew, only to kill most of them in the first 20 minutes of the film.  This leaves Keitel to do the heavy lifting, and while he is always great, he has mostly excelled in ensemble pieces like his appearances in Tarantino films, or his work with Scorsese.  The focus on him as the defacto lead role is missing the ensemble, which this film had in the run-up to the their big heist.  Famke Janssen, who had played a villain in Pierce Brosnan’s James Bond debut, Goldeneye, electrifies each scene she is in, but she is still a few years away from her starring role in Bryan Singer’s X-Men, where she played Jean Grey, and thus still relatively unknown enough at the time to have a huge impact on the overall success of the film. 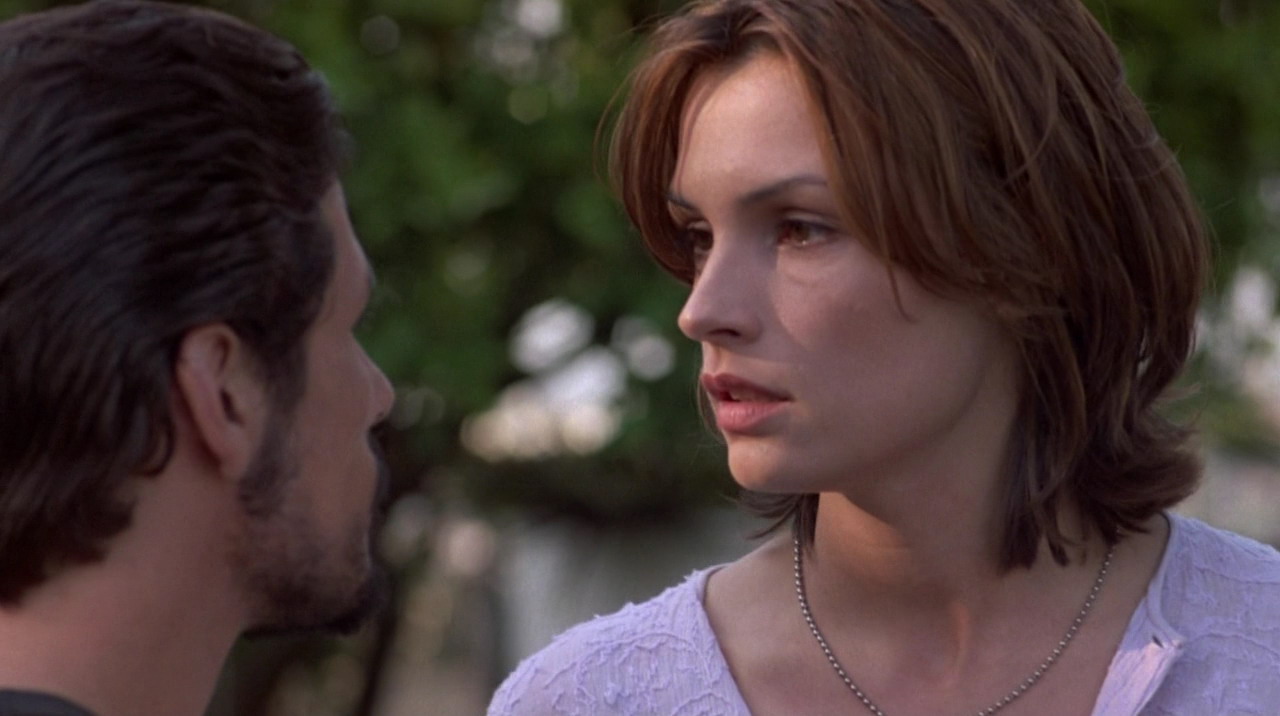 The film has a few little gems, like Lucy Lui in a very brief appearance, and on a sad note, the appearance of Wade Dominguez, who a year earlier had hit it big with his role in Michelle Pfeiffer’s film Dangerous Minds, but who would die just a year after the release of City of Industry at the young age of 32.  When all is said and done, City of Industry is a fine crime film with an all-star cast, but not one that will shine as bright as the one director John Irvin was aiming for: Heat.

Beyond the audio commentary, this blu-ray includes the original theatrical trailer, and not much else in the way of extras.  It is presented in color, in 1.85:1, 1920x1080P. 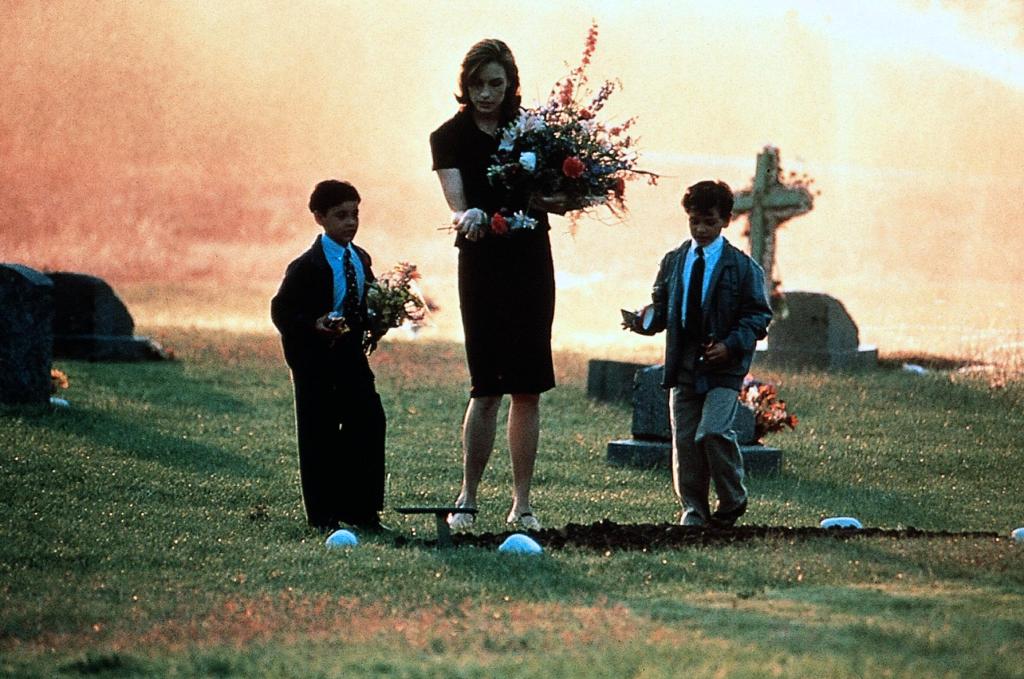